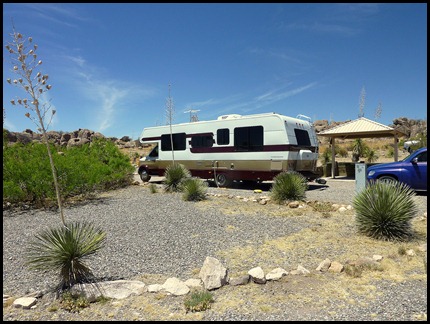 We finally left Rockhound for City of Rocks, a very nice state park 30 miles north of Deming on the way to Silver City. After a few scattered farms, the scenery along the drive is rolling hills and grasslands.  As you enter the park, these rocks come into view. It is much more impressive in real life. The pictures just can’t capture it. 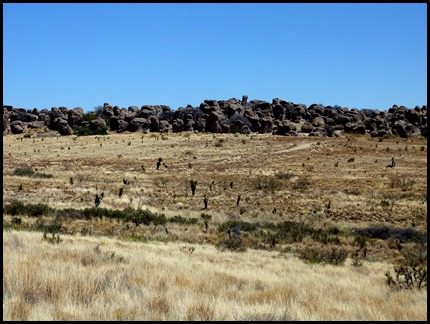 The view out our window. They have staggered the power sites and spaced them far enough apart that we can’t see our neighbors. The rocks look like they were just dropped in the middle of nowhere, and the park has been built around them.

The rocks were formed from volcanic ash and sculpted by wind and water over millions of years. The park has done a great job incorporating the campsites among the rocks. This is an old red Lazy Daze in one of the primitive sites tucked in the rocks. We haven’t met them yet, but they have a nice private site. 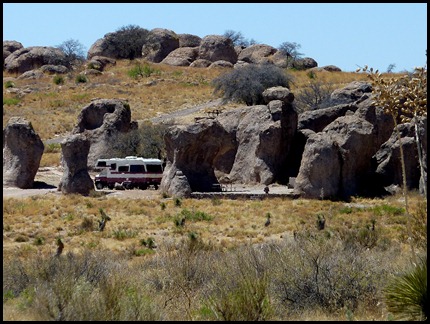 We decided to take one of the hookup sites, since we are in store for more big winds tomorrow, and it is nice to be able to run the air while everything is shut up to keep the dust out. Monday and Tuesday at Rockhound, we were pretty much homebound, with 30-40 mph winds and gusts to 50. Tuesday was a complete brown-out, and when it was over we were coated with dirt, inside and out. They are predicting the same for tomorrow, but we’re hoping with the rocks and vegetation, maybe the blowing dust won’t be as bad here.
Yesterday we hiked the trail around the perimeter of the park, and up to Observation Point, for about a 4.5 mile walk. It’s fairly flat here so it was a nice easy hike. After two days of being holed up in the RV it felt good to get out.
Some views from the trail and lots of rocks. 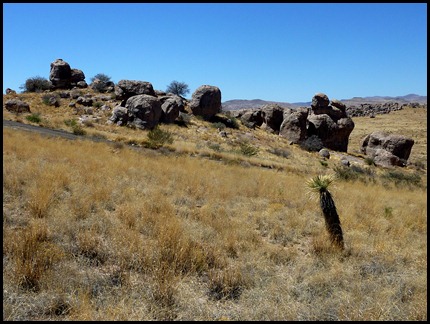 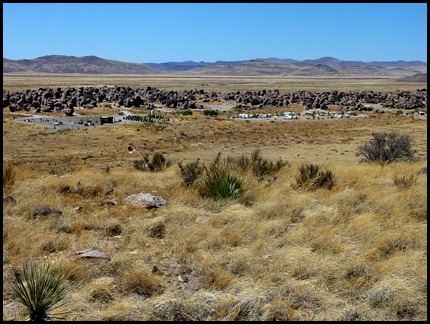 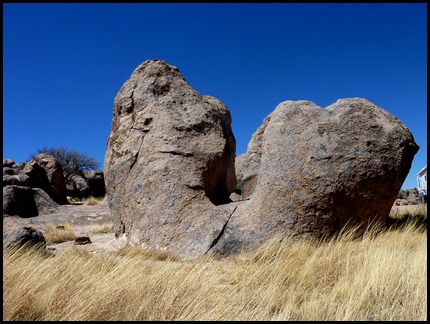 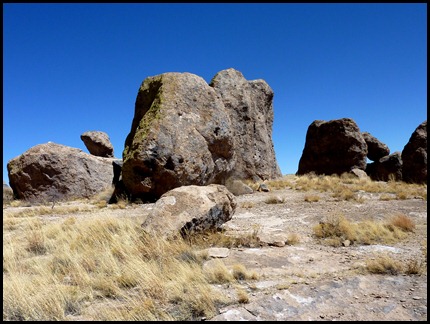 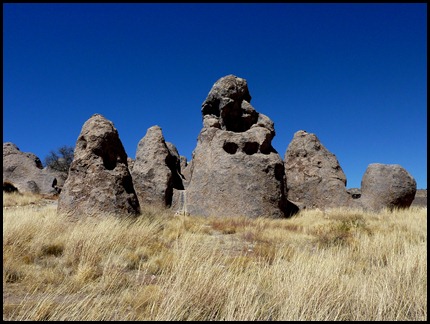 The Visitor Center has an interesting walkway that appears to be a continuation of the road. It made for a good photo op. 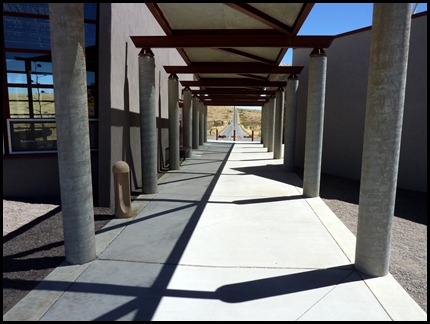 Time to go for another hike since we may be stuck inside again for the next couple days. At least it is warm and dry, and no tornados like some other parts of the country.
Posted by Jim and Gayle at 1:40 PM