A Peaceful Week So Far 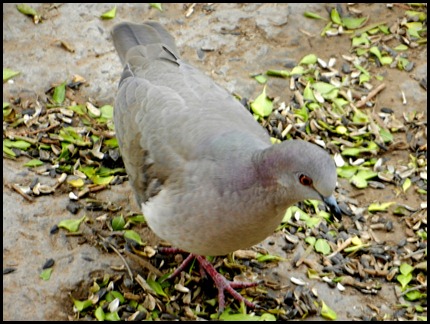 All’s been quiet with our musical neighbors this week. Thanks for all the comments. At least we know we aren’t the only ones who think they’re out of line for playing outside. After much thought, Jim has decided if they have another jam session he is just going to talk to the guy alone before going to management. Hope it won’t come to that. For all we know, someone else complained first.

Sunday we rode our bikes around Bentsen State Park again. It was an active day for the birds. They especially seem to like these feeders with peanut butter in the holes. 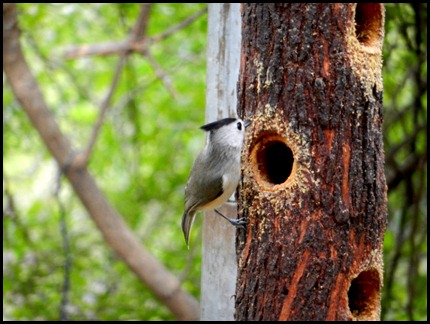 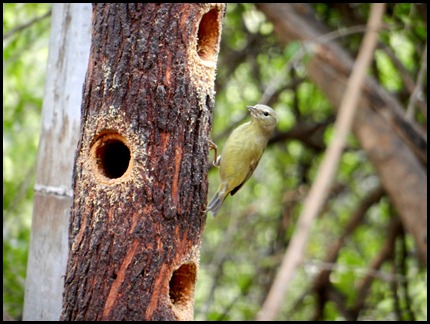 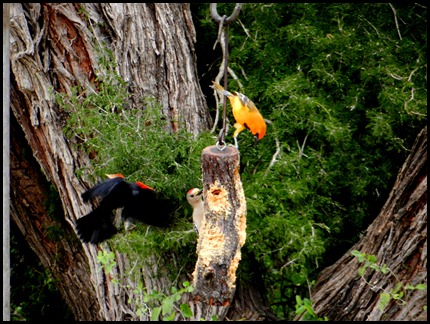 These big, noisy chachalacas are so funny to watch. 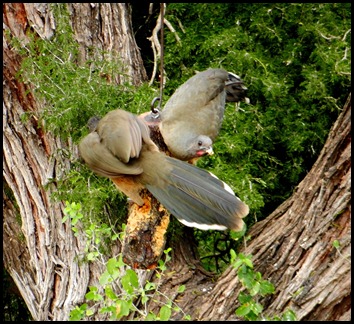 But we especially got a kick out of this bicycle riding dog. Her name is Maggie, and she will only wear the glasses while they’re riding. Needless to say, she’s had her picture taken many times. 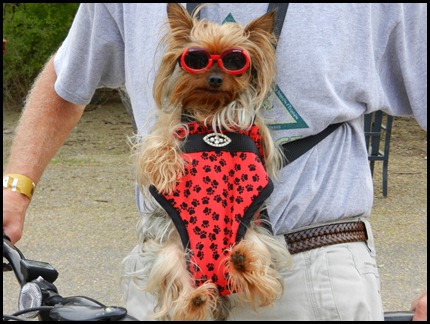 Jim went to Cinderella Pet Rescue on Monday to help me with the cats. He only found three he wanted to take home. They really liked his shoelaces. 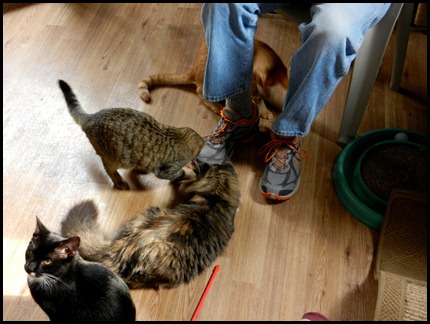 Yesterday we met fellow bloggers Paul and Marsha of Where’s Weaver for lunch at BJ’s Brewhouse. They’re spending a couple months at a nearby RV park, and have been fulltiming for over 2 years with their cat, Bella. I knew we’d hit it off since they were cat people!  We had a great time talking with them, and hope we can get together again before we leave the area. 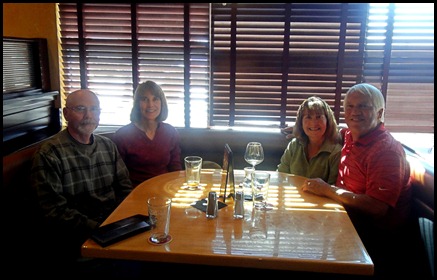 Jim is really getting into these PVC projects. We stopped at Home Depot yesterday after lunch so he could buy more to build a bike stand. Maybe now the wind won’t blow them over. It might be challenging finding a spot to store all these things he’s made when we get ready to leave, but they’re nice to have. And he only cut his finger once today while working on it. 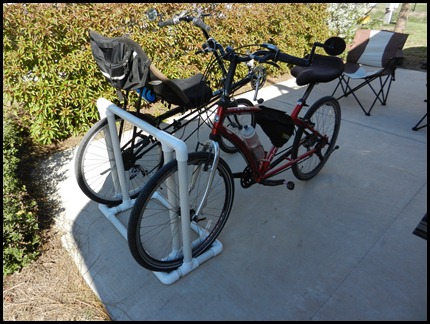 We took another bike ride this afternoon. We’ve found a couple nice golf course communities we can ride to and get in a good ten to twenty mile or more ride without having to go on busy roads. That’s one reason we really like it here.

And tonight was Margarita hour at the clubhouse, always a good time. We ended up sitting around outside and talking with fellow Lazy Daze owners Bill and Tina from Maine, who came in over the weekend for a 3 week stay. We had met them once before in Albuquerque in 2009. That makes four Lazy Daze here in the park now. And we found out this week our friends Don and Dorothy from Montgomery will be here next month. We just may come back here next year, too.