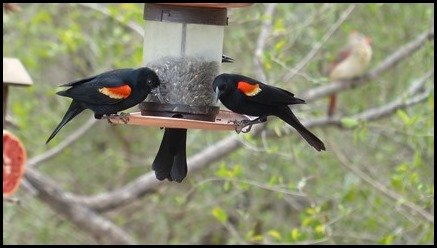 We worked our final Margarita Hour last night, so we are officially done. The Activities Team decided not to put out the donation jar so the margaritas were free. And the 60 some guests that were there enjoyed plenty of them. Near the end of the hour someone asked Jim for some music, so he plugged in his smart phone to the PA system. He’s accumulated a number of line dance and country songs, which most everyone likes, especially after several drinks. Lots of people danced, as did we while cleaning up, and the hour turned into two. A nice way to end!

Jim is a pretty good DJ, and he also had fun doing announcements during Margarita Hour on our week. He now grabs the mike every time we have it on in the clubhouse. I’m thinking it might be a good second career for him if we ever need a “real” job again.

We even went with some friends to Crazy Joe’s on Sunday to listen to the Country Roland band. 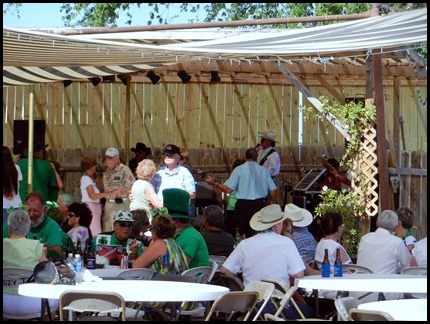 It’s a cool outdoor bar almost under the Anzalduas bridge to Reynosa, Mexico, that reminded us of Luckenbach. Wonder if we’ll listen to country music after we leave Texas…. We never could bring ourselves to buy cowboy hats. Too late now.

Other than a couple of really hot days, the month of March has been better than we expected here. We moved to a shady site a few weeks ago, and we really like it. Funny how a small move makes us feel like we’re in a new place. 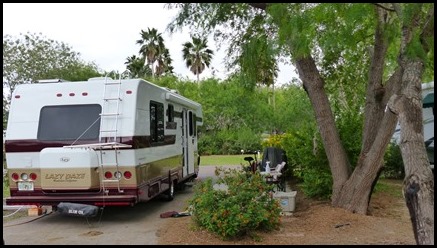 This morning we took a 5 mile walk in Bentsen State Park. We have to get our hiking legs back, as we’ve mostly been biking. Met some folks who showed us great photos of a bobcat and coyote they’ve seen several times. They even watched the bobcat grooming her kitten. Maybe we’ll get lucky and see them before we leave.

We took the Rio Grande trail to the river. Lots of empty water bottles thrown around, and saw a pair of jeans and a skull cap. Have to get rid of those wet clothes after a swim across the Rio Grande. 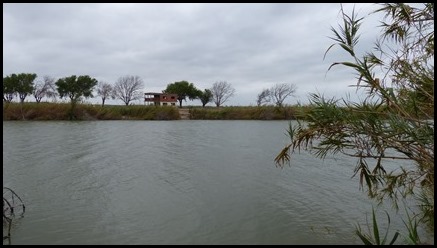 We only saw lots of red winged black birds and chachalacas. 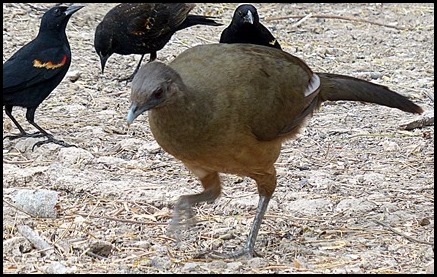 Jim went to his last eye doctor’s appointment this afternoon, so I rode my bike back to the park looking for bobcats. Again no luck, but our favorite owl was home. 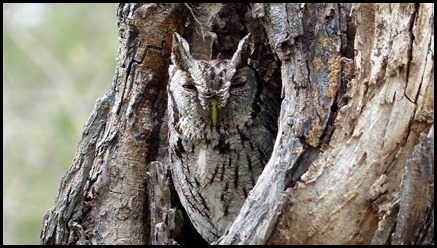 Here he is peeking around the tree as I walked away. And I thought he was asleep! You may have seen a similar photo on Pam’s blog recently. I’m jealous because she saw the red-naped sapsucker and we still haven’t. 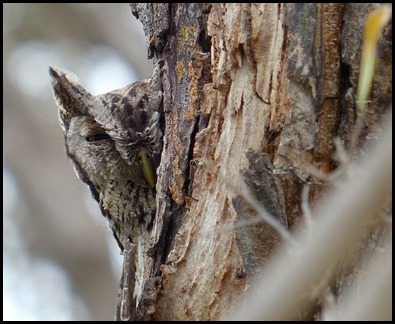 We’re planning to hang out here until Easter Sunday. Still not sure where we’re going then but we’ll figure it out over the next week, while enjoying our retirement. 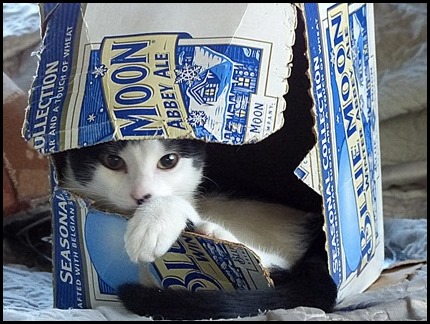