So Far So Good

We picked up our reupholstered chairs from Action Awning and Upholstery on Friday. They turned out even better than we expected, with new, extremely comfortable foam. And they look so nice it’s hard to believe they are the same chairs. 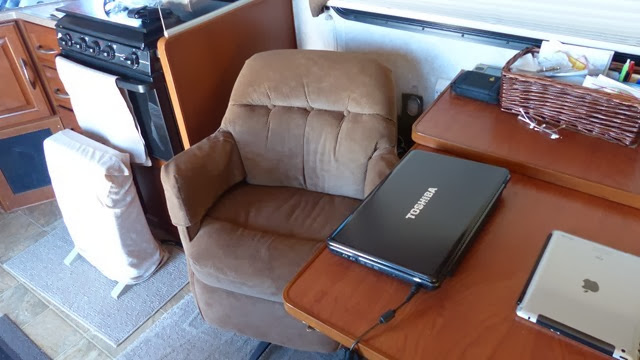 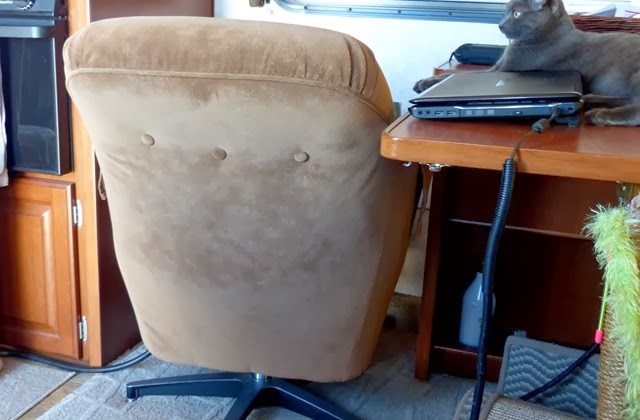 We dropped off the sofa cushions, too, which should be ready sometime next week. While we had the old chairs out, we decided it was time to dispose of the throw rugs covering the carpet and try to clean it up. When we bought the rig, the previous owners had nice carpet runners in the living room and bedroom. Unfortunately they put double sided carpet tape on to help keep them in place. We left them there and in the Florida heat the tape stuck to the carpet. We’ve tried to get it off in the past, but just decided it was easier to keep rugs over the black, sticky areas. Jim bought some Goof Off spray the other day, and lo and behold, it took off the residue. So we are now just going to walk on the original carpet, with no more rugs to slide around. When it gets worn and dirty we’d like to replace it with something other than carpet, but that will be down the road somewhere.

The carpet actually looked pretty good once we got the sticky goop off it. 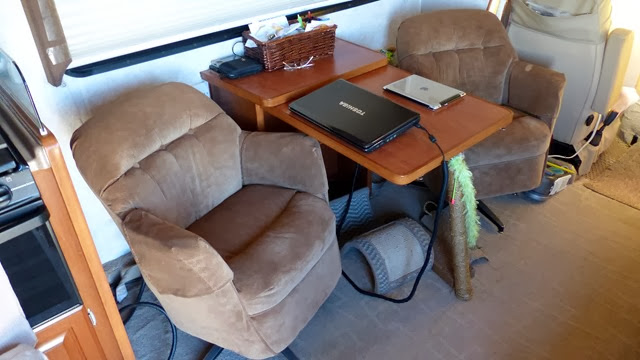 Yesterday I had my last appointment in Algodones to get my two permanent crowns. Dr. Eva Urena did an excellent job matching the color of my real teeth, and the new crowns fit and feel great. So glad that is over! 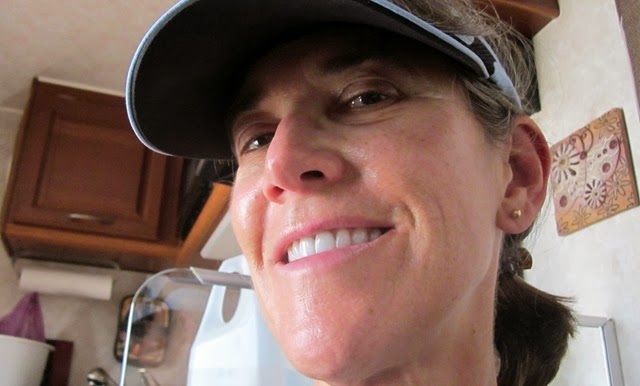 Otherwise we’ve just been enjoying hanging out with Chuck and Carla,  Jimbo and Chica, and Debbie and the crazy dogs, taking some easy hikes and bike rides before the heat of the day sets in. Hard to believe we’ve had temps up to 90 the past couple days. It cools off nicely once the sun starts going down and stays cool until late morning, so it isn’t too bad. Besides, we prefer to be too warm rather than too cold.

We’ve had lots of hummingbirds at our feeders, and Sophie has decided she likes sitting on the running board so she can keep an eye out on them. A couple times she’s leaped up to try and catch one, but I keep her on a short leash so she hasn’t been successful. 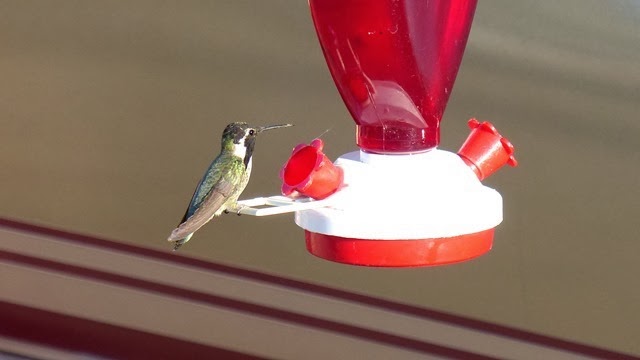 Chica really wants to play, but Sophie just looks at her like she’s crazy. 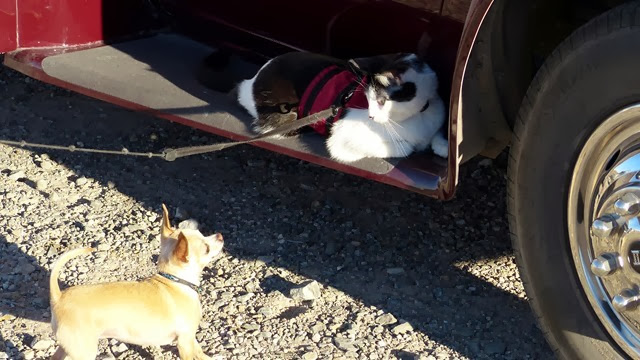 Sophie figured out how to open the screen door yesterday. We were all sitting around outside, and there walks Sophie. Jim thought he didn’t latch the door all the way shut, but after I put her back inside, she was out again a few minutes later. Wish she was a bit less intelligent, like her simpleton brother Elvis. 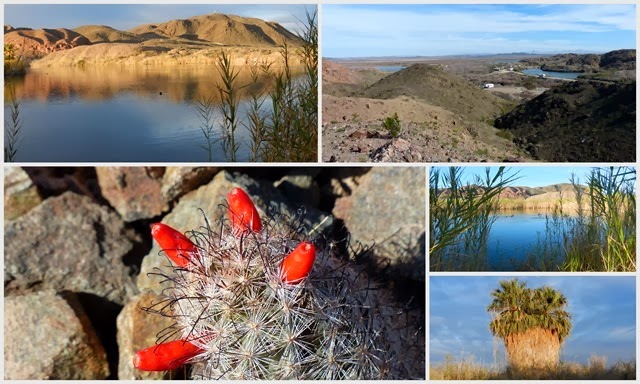 We had some excitement last night when several trucks pulled up behind us along the canal, with a man and woman jumping out screaming obscenities at each other. Debbie could see the woman hitting the guy, but he didn’t strike back, other than verbally. Jim decided to call the police just in case, who arrived after everyone quieted down. They assured him all was well, and were fairly quiet around a big campfire after he left. We heard them leave some time in the night, and this morning the fire is still smoldering with all kinds of trash remaining.

You never know what might happen on public lands, but we have been fortunate that this isn’t a real common occurrence. For being such a popular place, it’s actually been relatively quiet around here. But with tomorrow being a holiday, we can’t wait to see what’s in store for tonight. 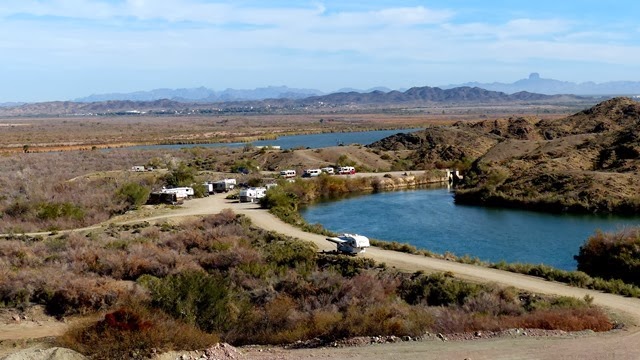