Yesterday we drove a long, slow 40 miles on Highway 1 to 101 to Richardson Grove Campground and RV Park south of Garberville, CA. 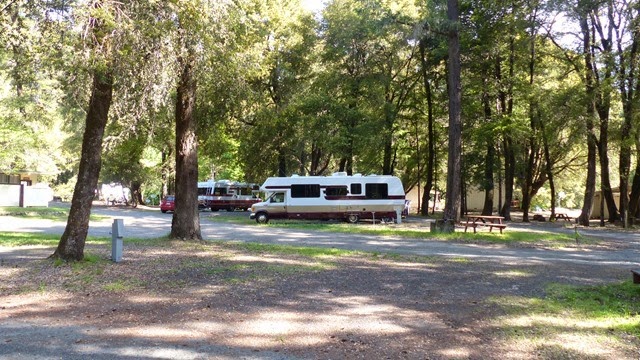 We did not hook up the Subaru, and I led the caravan with Jim and Debbie following. Highway 1 leaves the coast not far from Westport and winds its way through the redwoods up and down a very narrow road with many hairpin turns for 22 miles until you get to 101 at Leggett. We saw quite a few cyclists going south, and only one logging truck going north in front of us, and fortunately there was not much traffic otherwise. It’s good I was driving since I got a little queasy at times and can imagine I would have been miserable as Jim’s passenger.

This is a Passport America park, $16.83 for full hookups, a nice but older bathroom with good showers, and laundry facilities. It’s owned and operated by the Northern CA/NV District Assemblies of God. The nice ladies in the office did not try to convert us, and other than a few Bible verses taped up in the laundry room, we never would have known.

It was 90 here yesterday, so our A/C was cranking all afternoon. Later in the day we took a ride north of Garberville to Avenue of the Giants and Humbolt Redwoods State Park to walk through groves of old growth Coast Redwoods.

We were really out there looking for Bigfoot, but he may have been napping due to the heat. 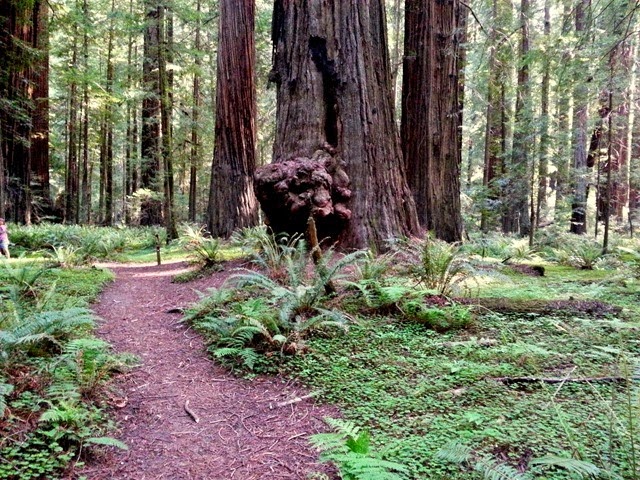 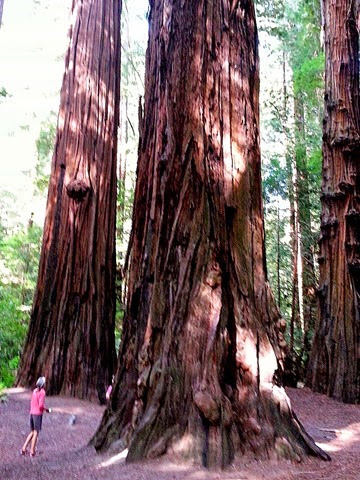 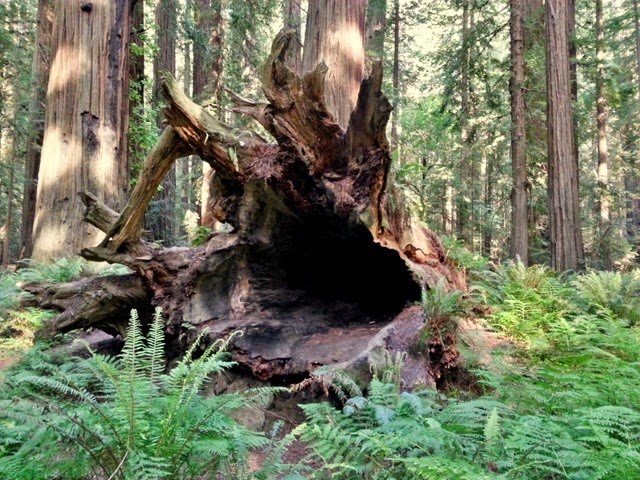 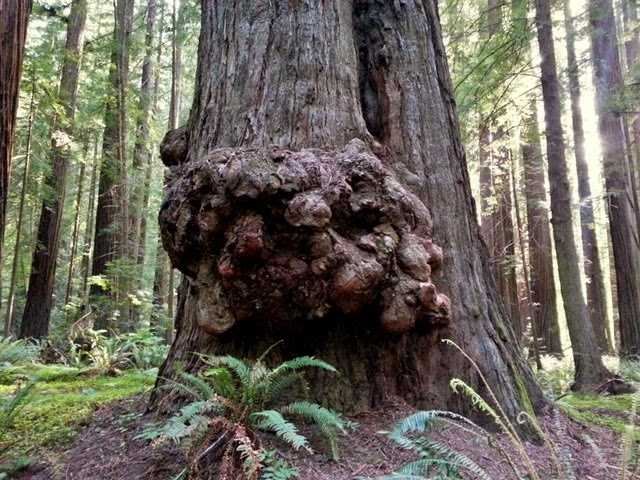 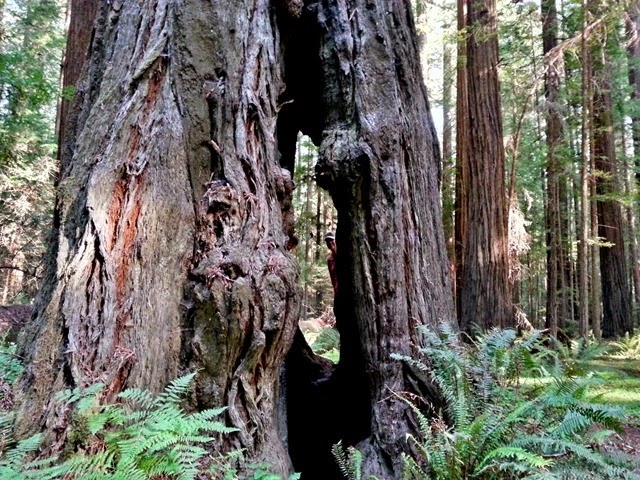 Today we move back to the coast.