We just haven’t found good opportunities to bike since we left Bend, OR, so when we saw the Olympic Discovery Trail running along the Port Angeles waterfront we decided to check it out. The trail starts to the east in Port Townsend and runs 130 miles west to the Pacific Ocean town of La Push. Only 53 miles have been completed so the rest of the “trail” is along roads and highways. It will be nice when it gets finished.

Octopus at the entrance to the city pier. 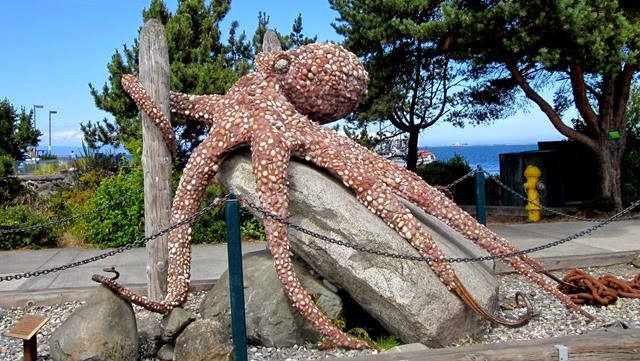 Ferry terminal to Canada. Debbie and Kim were on the ferry you can barely see on the left. We waved at them. 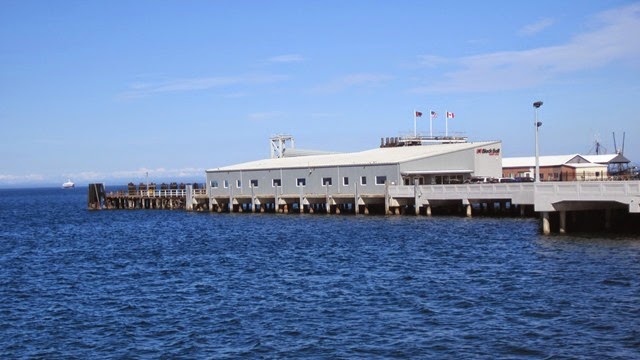 We decided to head west to look at the Elwah River Bridge and and tackle the strong headwind first to make for an easier ride back. The trail shortly ended and we had to ride on roads for awhile to take a side trip down the Ediz Hook, a three mile sand spit that ends at a Coast Guard station. The trail actually passes through a paper mill on the way, which was a bit odd and didn’t smell so good.

That is actually a huge pile of logs from the mill in the water with Port Angeles in the background.

A distant view of Ediz Hook from a higher point along our ride.

From there we headed west, climbing a steep hill and passing through some nice neighborhoods with views of the strait until finally getting back on the actual trail to the bridge. We came upon a nice couple from Vancouver, Canada who are doing a bike tour of Washington. We stopped and had a long chat with them on the impressive Elwah River Bridge, a 586 foot long pedestrian and cyclist bridge suspended 70 feet above the river underneath the auto deck. Quite an engineering feat, which you can read about here if interested. 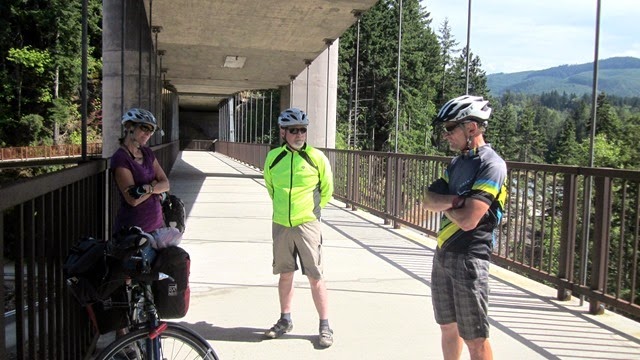 Of course we had to take each others photos. 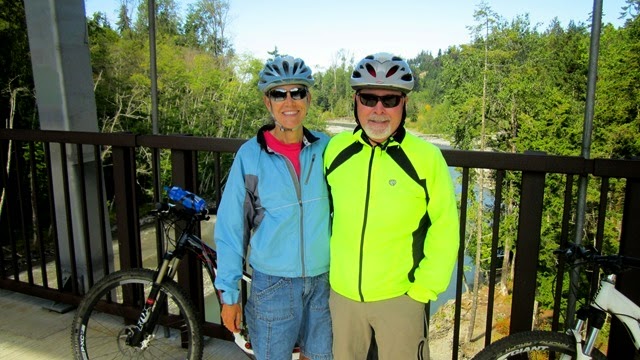 We wished them well and made our way back at the bridge, riding nearly 20 miles, which felt long since we haven’t been on the bikes in weeks. It was much easier going back, though, as it was mainly downhill and with a tailwind, something we don’t encounter very often.

Yesterday we wanted to ride on some dirt instead of pavement, so we took a drive to Crescent Lake in Olympic National Park to find the Spruce Rail Trail. Unfortunately part of it was closed but we drove along farther and finally found access on the west side of the lake near the Fairholme campground. 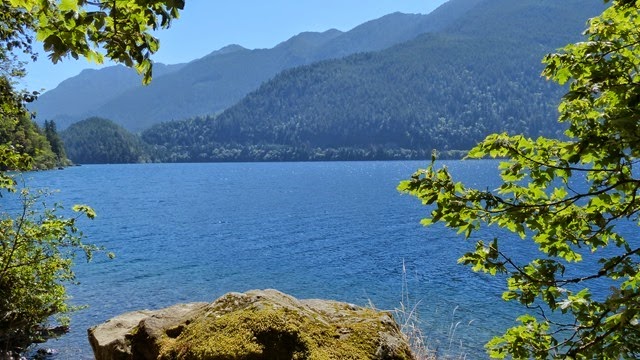 The trail started out paved but shortly became a real single track mountain bike trail, skirting the bluff over the brilliant blue waters of the lake. In fact it was a bit too real for us, and after a few miles we decided to turn back, having to walk our bikes over many treacherous spots.

An accident waiting to happen. Actually this was one of the better parts of the trail. 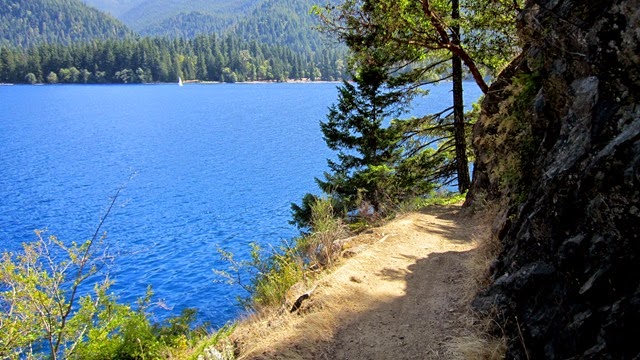 Two days ago we were joined again by The Back Porch View blogger Karen, then yesterday Kim and Debbie left us to get out of the trees and find some sun. Today we are heading to Sequim, along with Chuck and Carla, to meet up with them again. We also have another blogger meet-up scheduled tonight, but more about that later.