Jim saw the hematologist at the Mayo Clinic yesterday, and although it was his opinion Jim should stay on anticoagulants forever, he did say he could go back to his regular exercise, including mountain biking. Guess who was happy to hear that!

House finch getting a little drink at the high-tech water bowl. 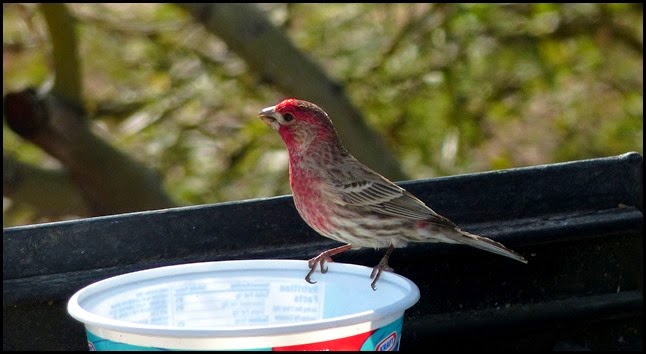 Because the blood clot in Jim’s leg was unprovoked (not due to trauma or surgery), and having a history of varicose veins, the doctor said that with the combination of bad veins and the tendency to clot there was a good chance of recurrence if he doesn’t continue on a blood thinner. That wasn’t exactly what he was hoping to hear, but as the doctor said, the next time a clot goes to Jim’s lungs the outcome may not be as favorable. I think that was enough to convince Jim that the long term anticoagulant was a good thing.

We had another lovely sunrise this morning. Looks like the west coast rain is moving our way. 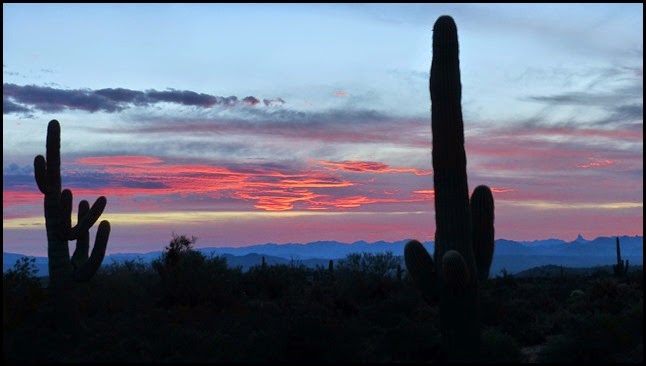 As to exercise, he said to do what he felt up to doing at this point, including biking, with the knowledge that a blow to the head could cause a brain bleed. So after we got home Jim joined me for a 5 mile ride on one of the easier trails. He was so happy to be back on the bike, and it’s a risk he’s willing to take.

The hematologist wants to see Jim for a follow-up in April, and didn’t see any reason to keep the appointment with the vascular specialist since there really aren’t any alternatives. In fact he didn’t even do any more blood tests, since the ones he had recently were normal, and he said looking for a genetic factor as a cause for the clots would not change anything, as the only treatment would be anticoagulants anyway. We had already figured that was the case from our research but were hoping for a magic bullet. So we move on and hope the medication works its magic without causing any serious side effects.

Our plan right now is to stay here until mid-January (we have sites reserved until the 15th), then probably head to Quartzite, Yuma, and other parts of southern AZ, hopefully meeting up with the Box Canyon gang again to pick up where we left off in Utah last month, before swinging back to McDowell Mountain in April.

With overflowing bags of dirty laundry, the other day we combined a trip to the laundromat in Mesa with a little hike on the Butcher Jones trail at Saguaro Lake. We had never been there before and were pleasantly surprised at what a pretty area that is. 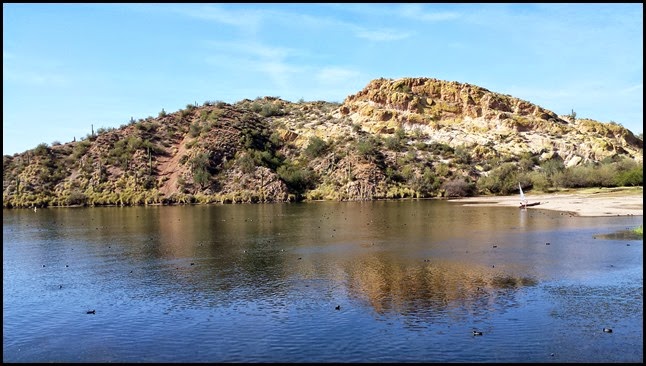 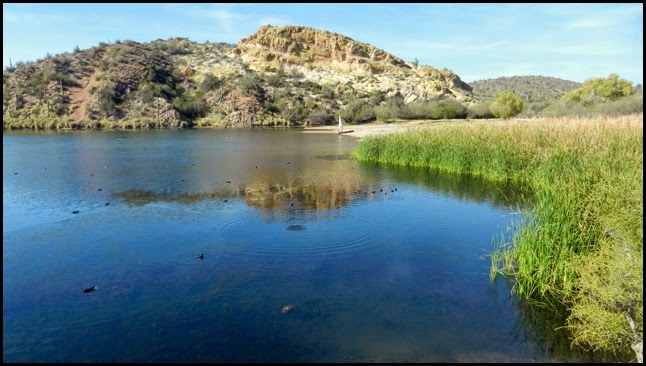 Saguaro Lake is the lowest of a series of four reservoirs formed by dams that supply power and water to Phoenix on the Salt River as it crosses the Superstition Mountains. Even though it is man-made, it was a nice change of scenery to hike alongside a lake. 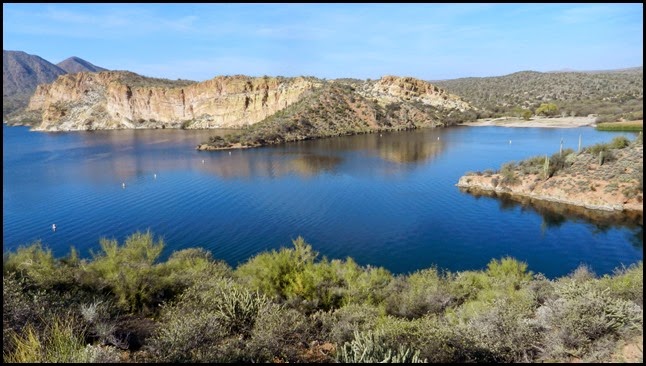 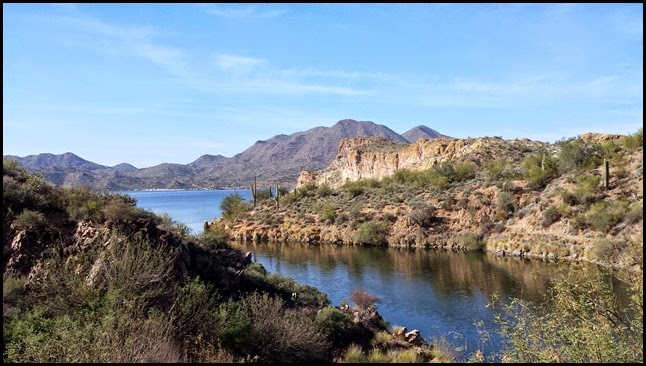 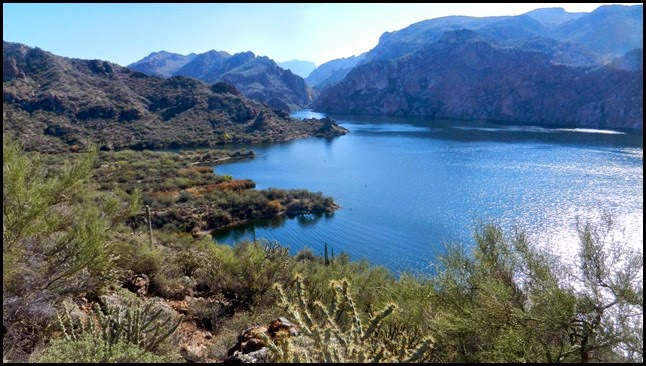 See you out on the trails…