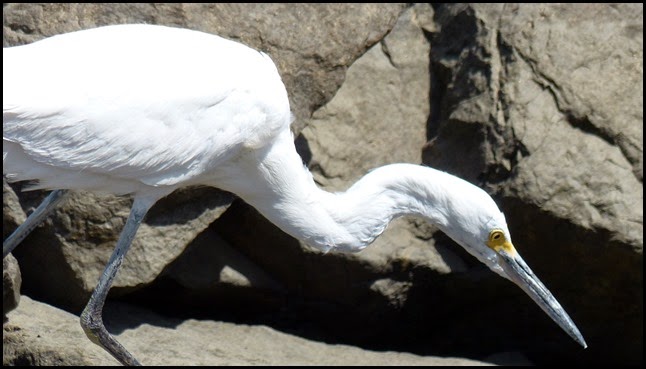 We decided to do a little exploring around the San Diego area before the busy Easter weekend. Needing to return something at REI, I noticed that Mission Hills Regional Park wasn’t too far from there and looked like a good place for a hike. We stopped in the visitor center for a trail map and talked with a volunteer who showed us his favorite loop hike to the Fortuna Saddle. His directions were a bit confusing but we had a map, and he said the trails were all marked so we headed off. We knew we were in trouble when we missed the trail and had to back track in the first ten minutes, but we finally found it and headed for the San Diego River Crossing. 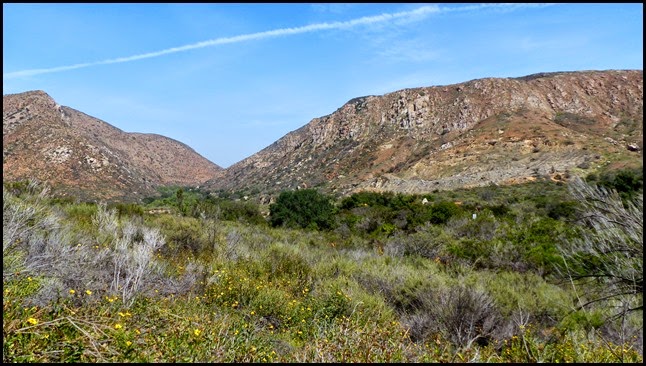 As we stopped to look at a trail sign, I noticed some movement in front of us. This is the Southern Pacific rattlesnake, which we had just read about in the visitor center. It was about three feet long, and had no interest in us at all, just slowly crossed the trail. I’m glad we rarely see snakes on our hikes! 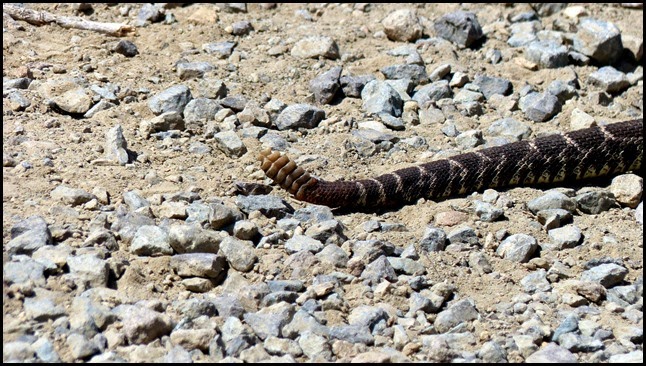 We made it across the river and immediately began a good climb up a service road until we came to a turn-off for the trail we wanted to take. There was supposed to be a picnic area with some tables, where we intended to stop and eat lunch, but somehow we took a wrong turn and never found it. We ended up using a big rock for our picnic table while studying the map. 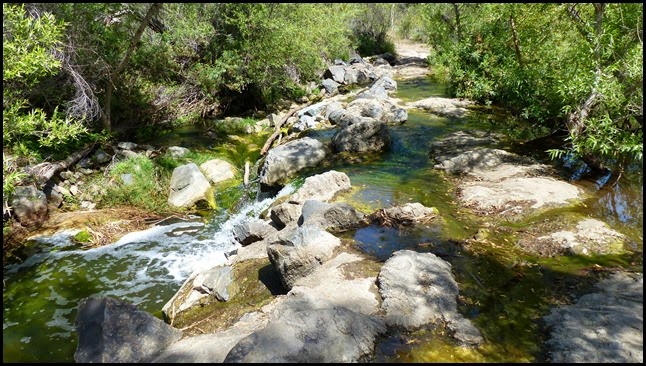 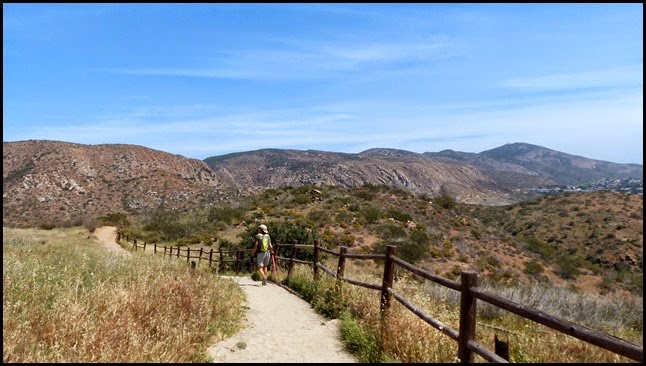 We never did make it to the saddle, but ended up on a ridge where we ran into a guy who gave us directions back to the parking lot. In spite of not being sure where we were we ended up doing a pleasant six mile hike. After a couple weeks in the city it was nice to get out in what felt like the middle of nowhere. 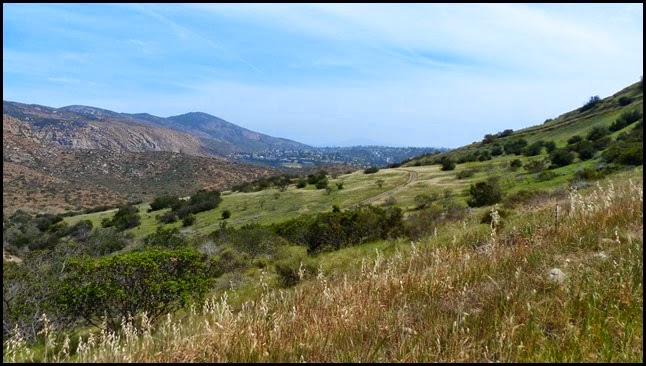 We saw plenty of lizards but no more snakes, and lots of Orange Tip butterflies. And on the way home we had to sample another brewery, Ballast Point. We really liked the limited release Oompa Lumpus Milk Stout, but the other beers were just okay. 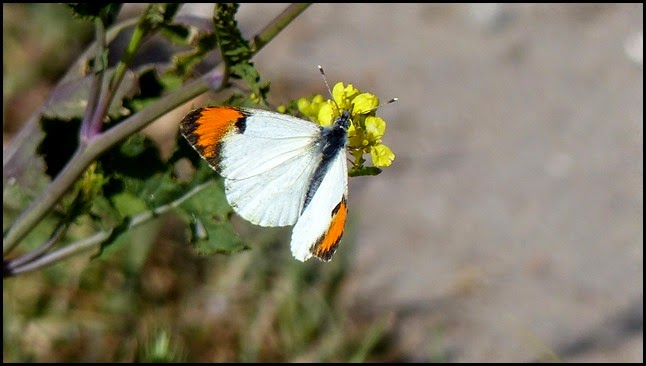 Yesterday we crossed the bridge to Coronado Island to see how the other half lives. Although technically not an island, this is an upscale resort community on the beach and home to the famous Hotel Del Coronado, or “The Del”. We found a parking space and took off by foot down Orange Avenue to the hotel.

It is a lovely community with flowers blooming everywhere. 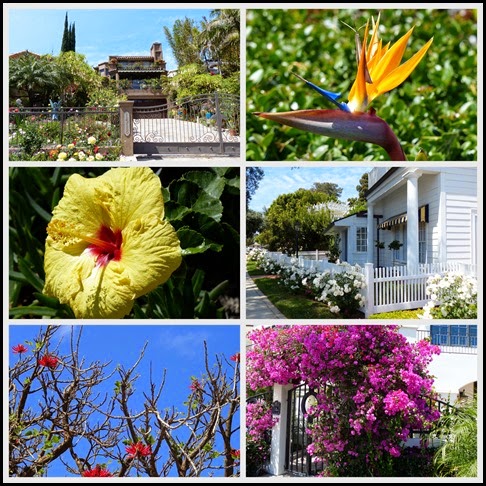 And the hotel isn’t too bad, either. Besides the original Victorian hotel, they’ve added a beach-front tower, villas, and cottages. It’s so big it’s impossible to get it all in one photo. 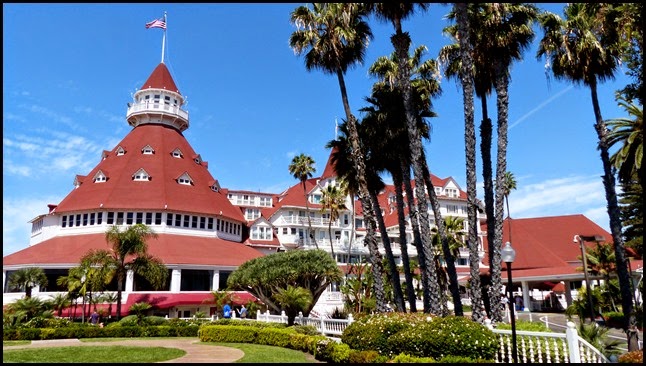 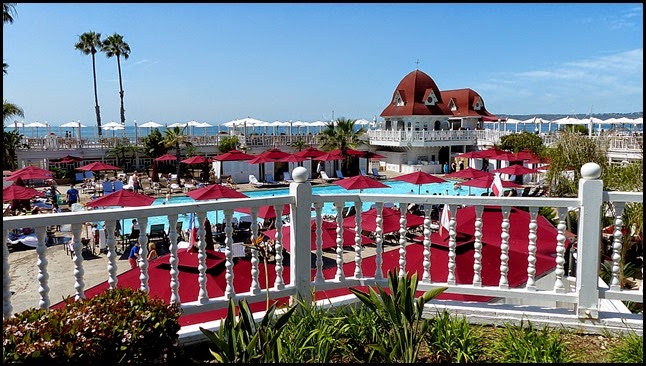 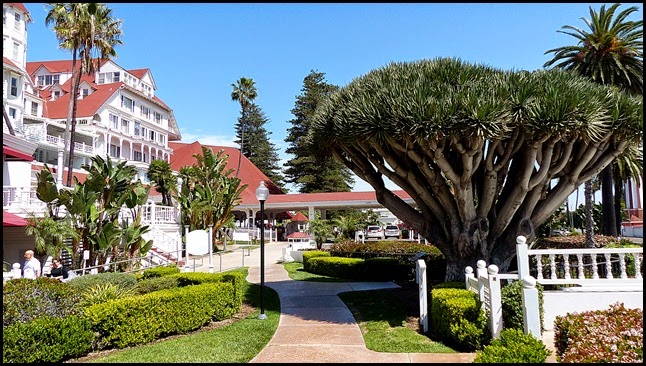 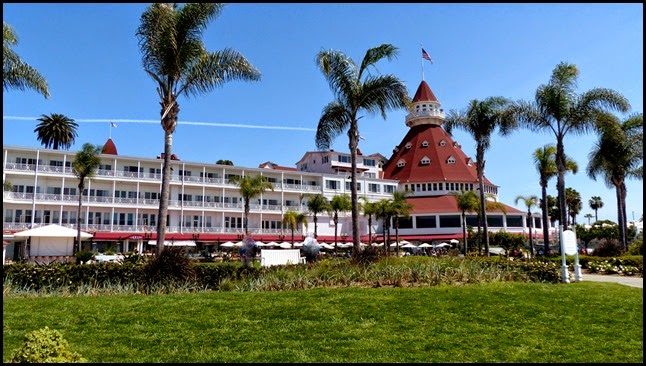 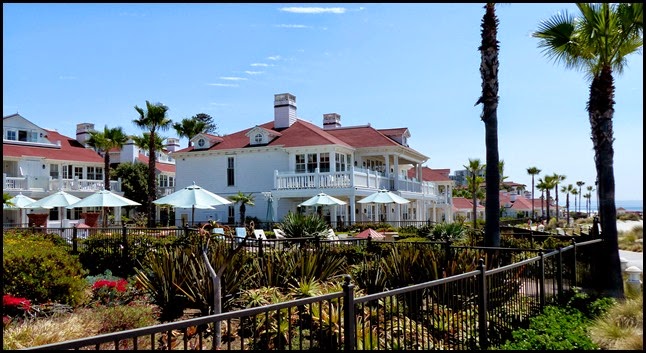 After wandering through the hotel we walked along the beach trail, then around the yacht club area and back to the car. We walked over four miles, a nice little city hike for a change of pace. 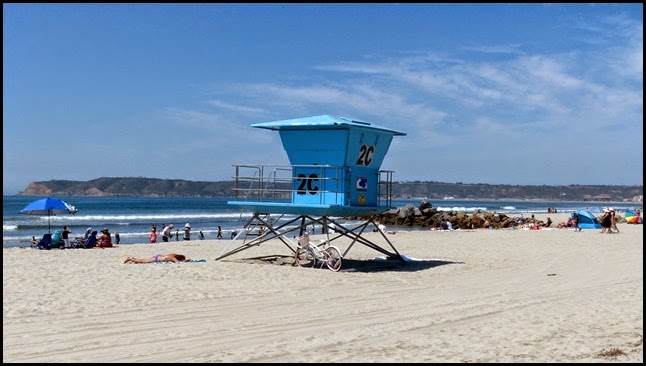 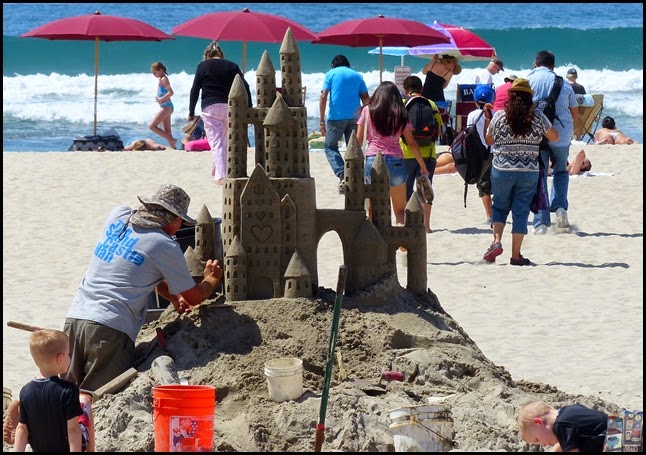 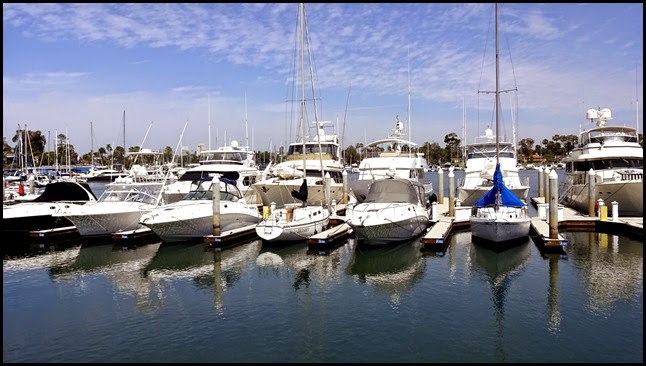 Once back at the car we decided to drive down the Silver Strand, home of a state park and naval base where the Navy Seals train. Traffic was horrible on the drive back to Mission Bay but luckily we were heading north on I-5, since there was an accident in the southbound lanes that had traffic backed up for miles. We really like San Diego but doubt we’ll ever come back. There are just too many people and too many cars, although it’s possible to find some quiet places. 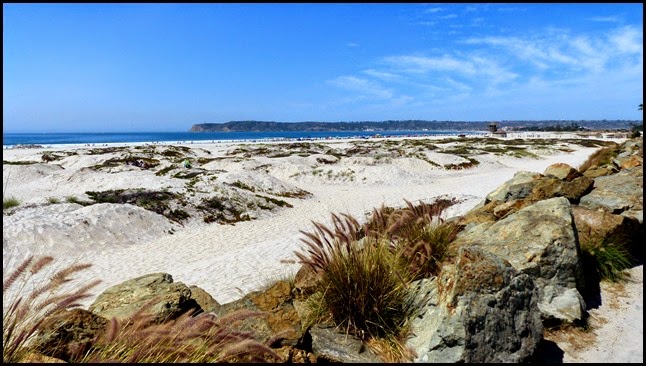