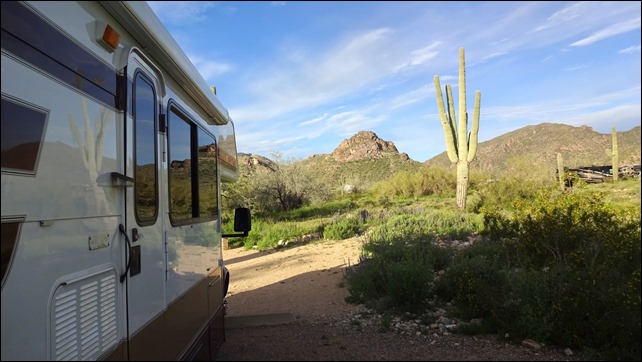 It was a 75 mile drive from McDowell Mountain to White Tank Mountain Regional Park on the west side of Phoenix via the low traffic northern route. It’s a bit longer but much less stressful than going through the city on I-10. It felt good to be moving again after four months.

We decided to stop here after finding out that John and Pam (Oh, the Places They Go!) would be staying there for a few days after leaving Tucson. We’ve been following each others blogs for years, and have just missed each other a few other times, so this seemed like a good chance to finally meet. The campground was full for the weekend but I kept checking for cancellations and finally got one for Friday and Saturday. It just happened to be across from John and Pam’s site, and they arrived about an hour after we got there. We got a pretty decent site, although it wasn’t very level. 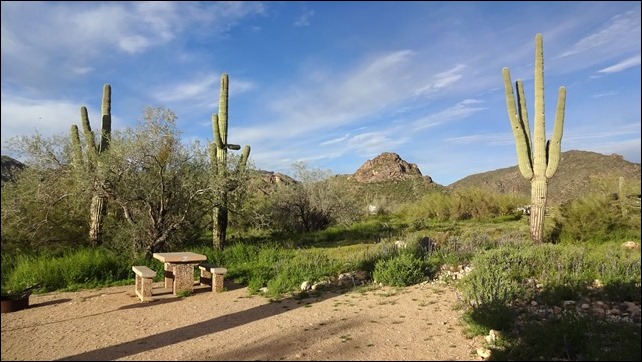 Unfortunately John was fighting a cold and didn’t feel up to hiking, plus it was warming into the upper 80s, so Pam and Jim and I got an early start (9:30, which is good for us) on Saturday morning for a hike from the campground. Ended up doing about 7.5 miles on a several different trails, eventually hiking over a mile up the beautiful Mesquite Canyon trail. The desert was full of colorful blooms. 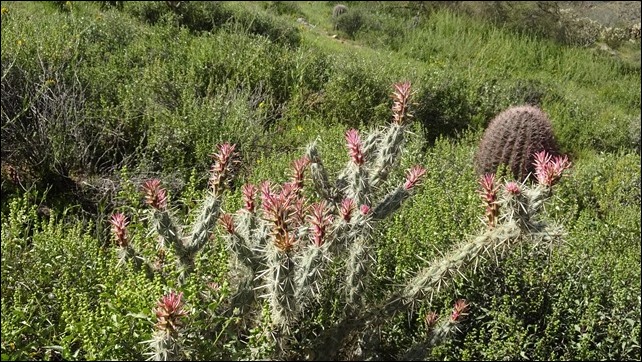 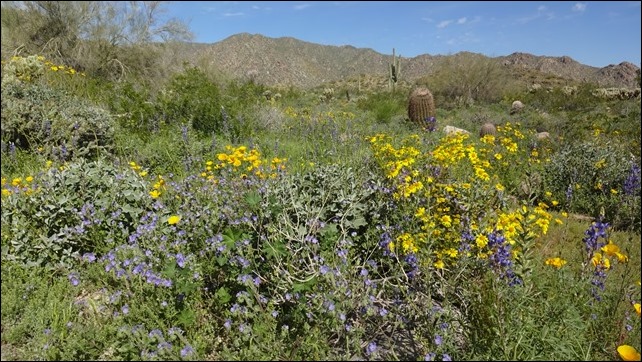 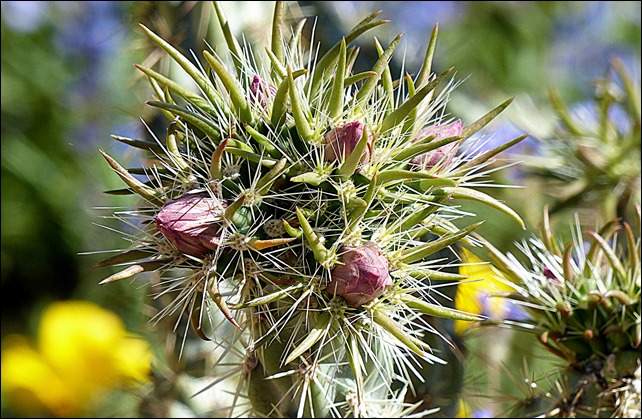 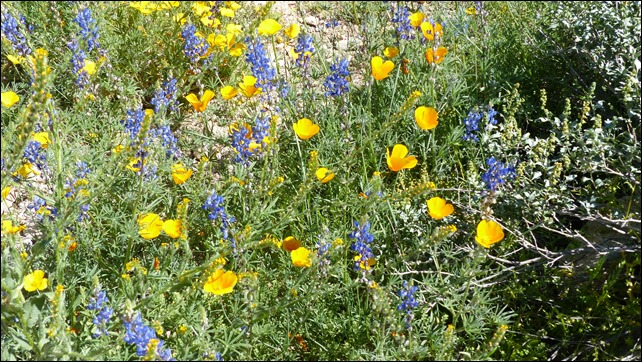 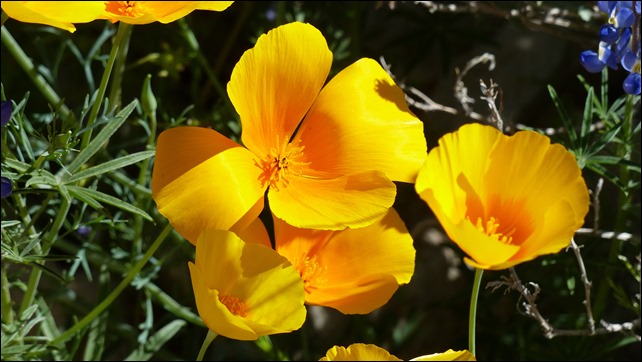 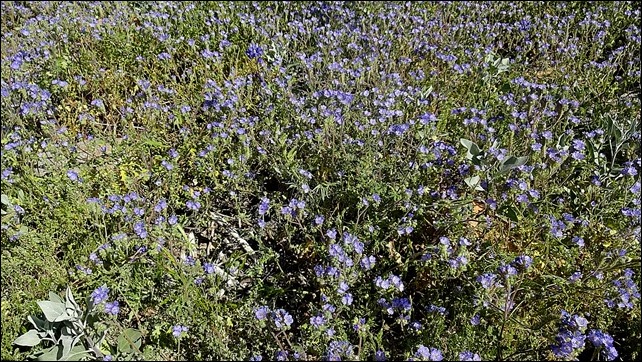 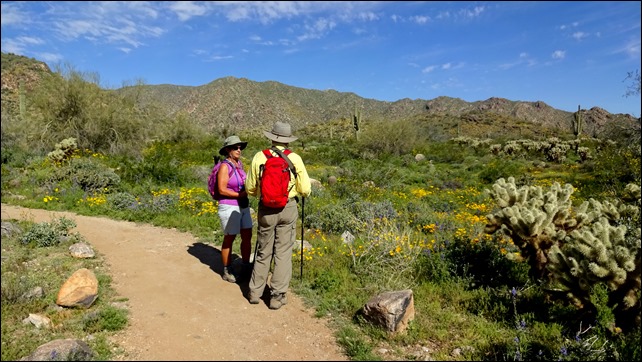 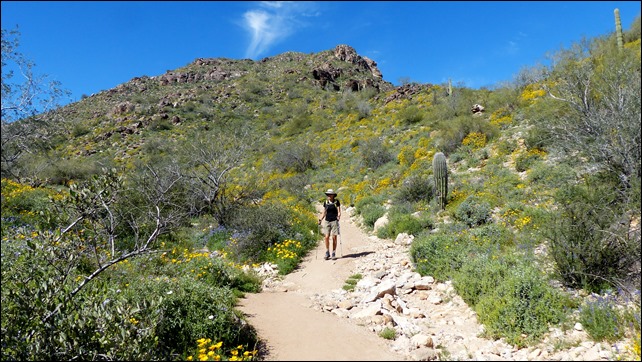 We finally came to a high point where we decided to take a snack break, then turn around. We had good views of the trail we had just come up, but couldn’t see the campground. 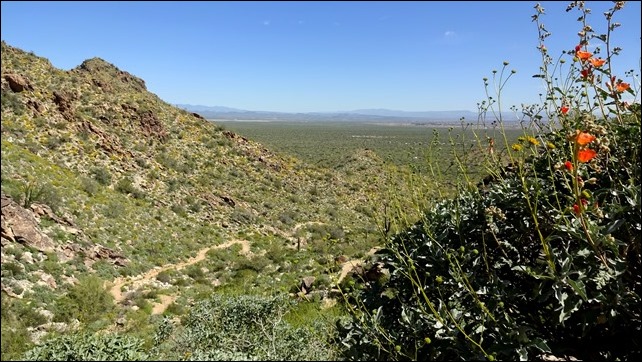 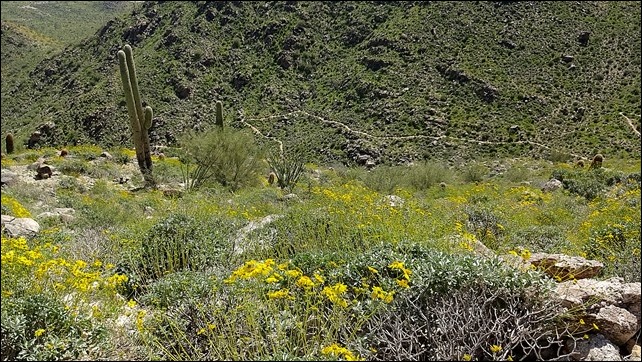 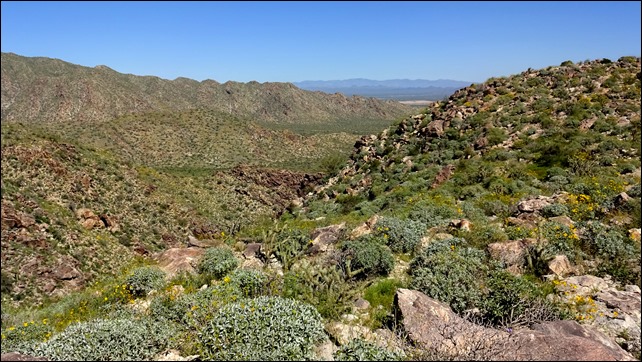 Before we knew it Jim was bushwacking his way to the next high point for a better view. 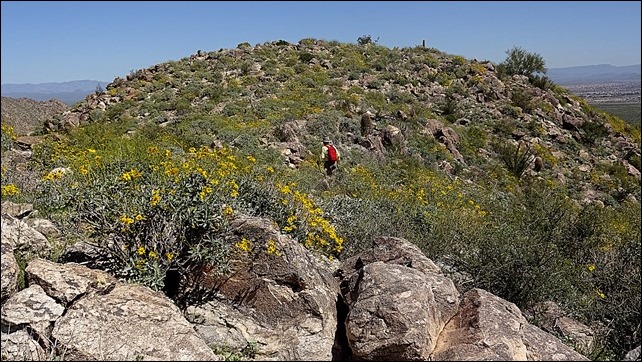 Although hot and tired, Pam and I decided to follow him. 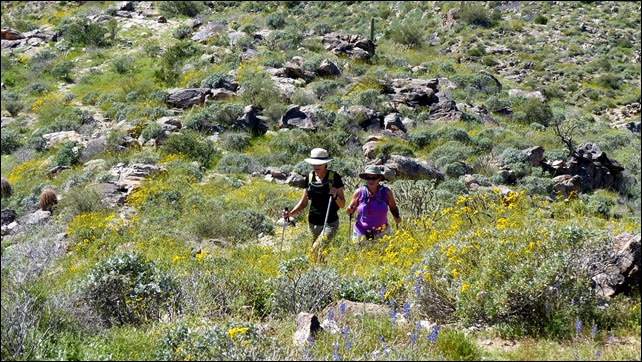 And there was the campground, with the sprawl of Phoenix in the background. 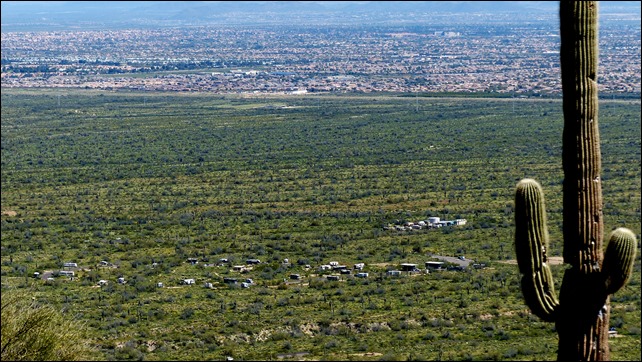 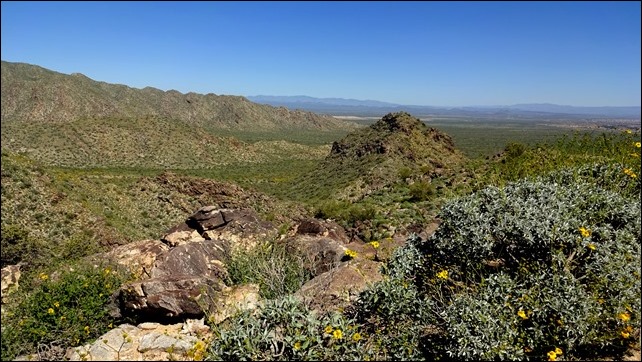 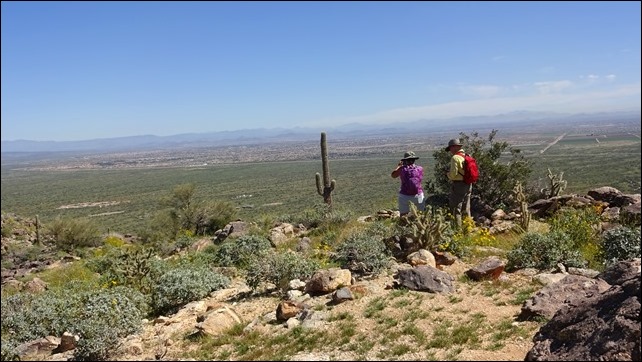 It was a good hike and we would have liked to have gone farther up the canyon, but the heat was getting to us. And although she was looking the entire time, Pam did not spot a single crested saguaro. Hope she had better luck after we left.

That evening John was feeling better so we went over to their place for happy hour. It was a pleasure getting to know them and we hope our paths will cross again one of these days. 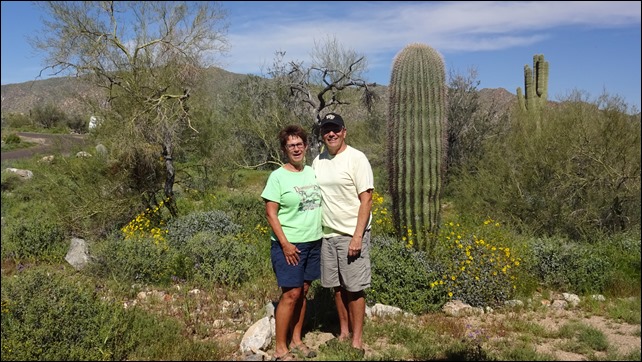 On Sunday we moved on to Yuma, not exactly the best direction to avoid the heat, but I’ll save that for the next post.