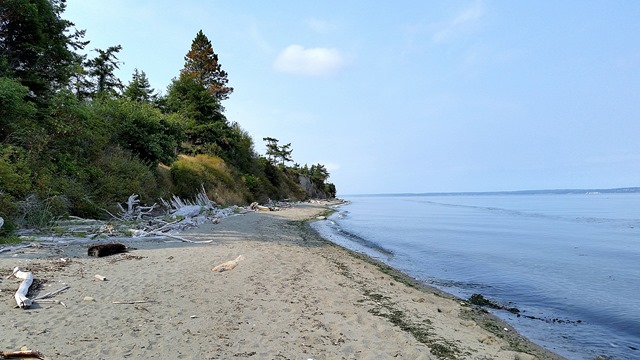 We finally had a tracking update on our mail Thursday, which showed that it had been bouncing back and forth between Portland and Seattle for over a week. Jim called the post office here in Chimacum and the helpful manager said he would call the distribution center in Portland, where it was last scanned, and see if it could be located. Lo and behold, about ten minutes later he called back and said an employee had it in his hands, was going to place it in another envelope, and send it on to Chimacum. The tracking now shows it is to be delivered here on Monday. We shall see.

In the meantime we had several very smoky days, so I’ve been using the fitness room at the RV park, which isn’t the greatest, and Jim has been a few times to Evergreen Fitness five miles up the road, which accepts Silver Sneakers but charges way too much for a daily drop-in fee for me. I am looking forward to Medicare 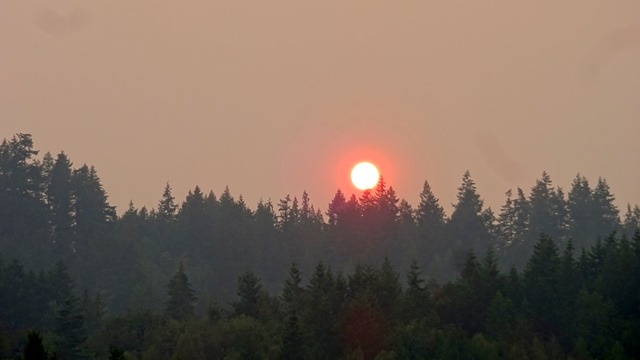 The antique shop owner we met at the brewery said we should stop in Vintage Hardware and Lighting in Port Townsend, so we did. 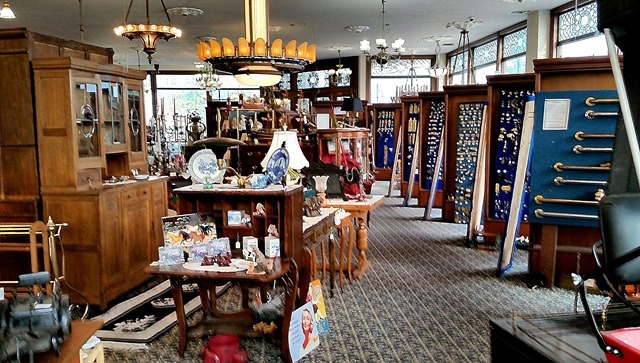 There is the Art Deco Light Museum on the second floor. Jim’s parents had an antique shop in Pensacola for many years and his mom made lamps. She would have loved looking around the museum and showroom. 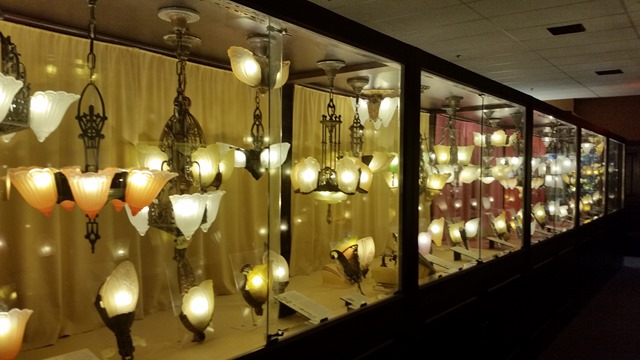 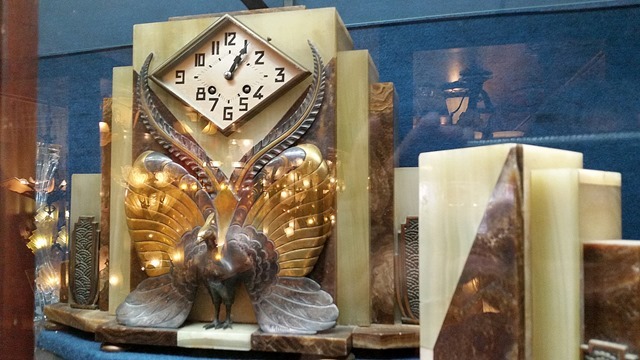 We’ve been back to Port Townsend Brewing a couple more times. 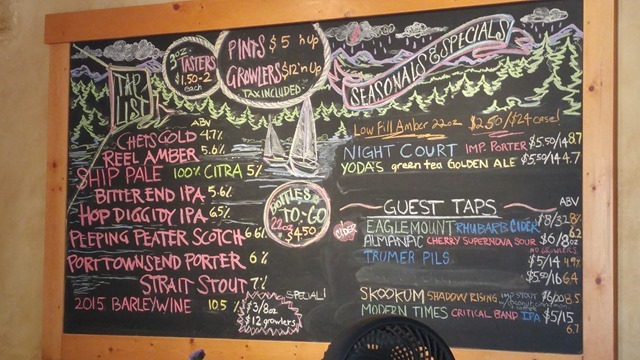 One evening we met Tomas from Scotland, who’s been living in Port Townsend for four years, coming here after a suicide attempt when he lived in Atlanta. It’s always surprising to hear the things people will tell a total stranger. Here is his sweet Rottweiler, Stanley, who ate most of the peanut shells we threw on the floor. 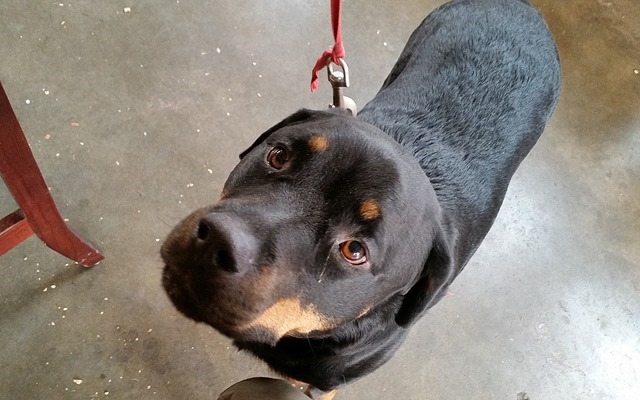 We went there another night to sit outside and listen to a blues band. The dancing was entertaining to watch. Port Townsend has a large population of retirees who are not shy about getting out on the dance floor. 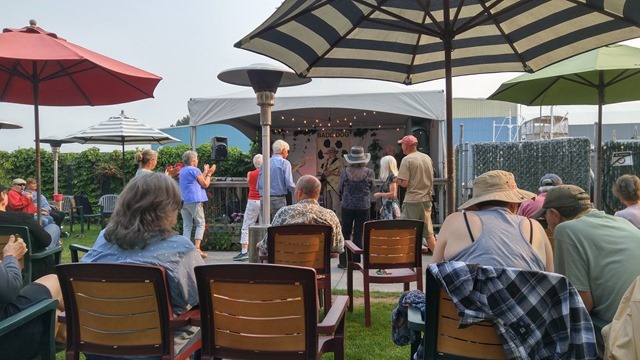 A movie sounded like a good way to get away from the smoke so we went downtown to the vintage Rose Theater, which opened as a vaudeville house in 1907. Before the curtain rises an employee stands up with a microphone and talks a bit about the film that’s showing. We watched Black Klansman, a very thought-provoking and powerful movie, especially the ending. The audience was dead silent for about 30 seconds after the credits started, not something that happens very often in a theater. 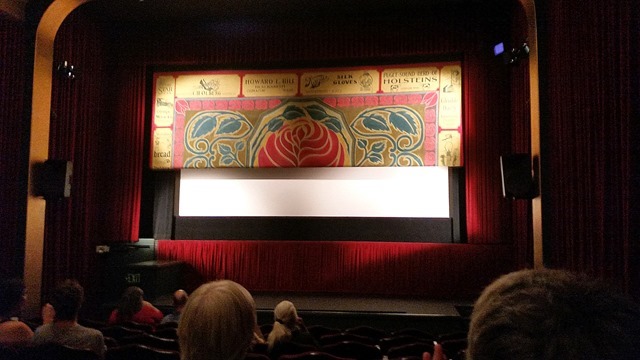 The air quality improved on Thursday and we had a little blue sky in the afternoon so we took a drive to nearby Marrowstone Island for a walk along the shore of Puget Sound. 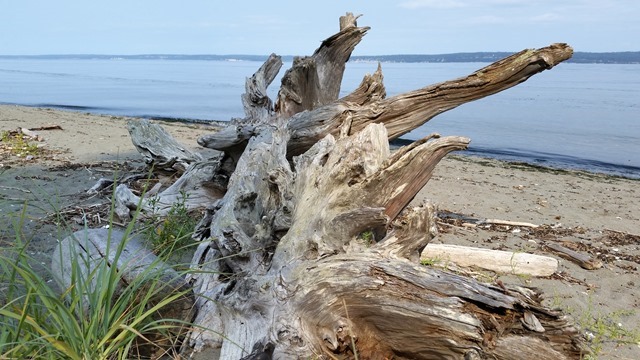 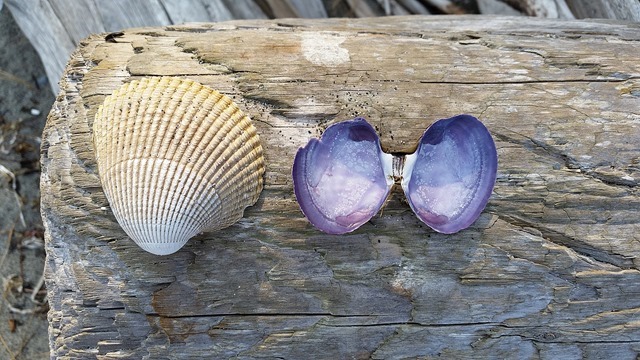 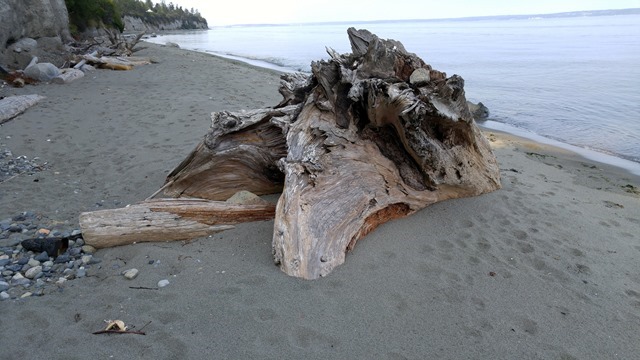 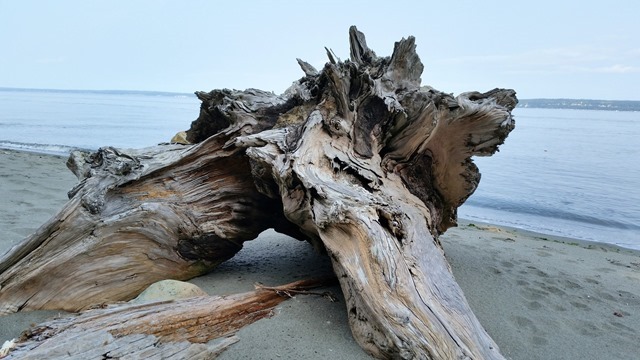 As are dead crabs. 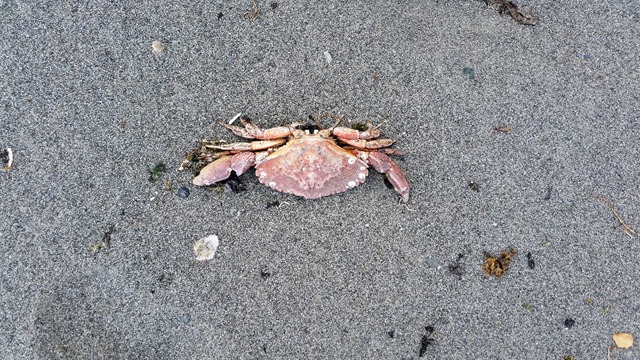 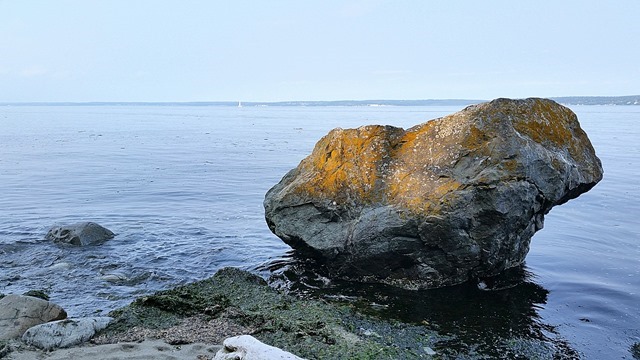 There were some hidden houses high up on a bluff above the beach. 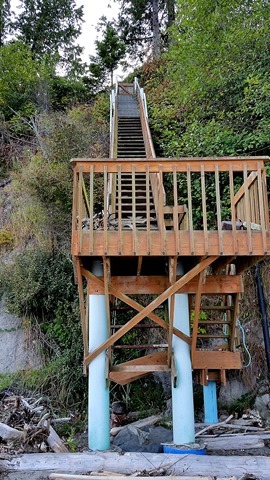 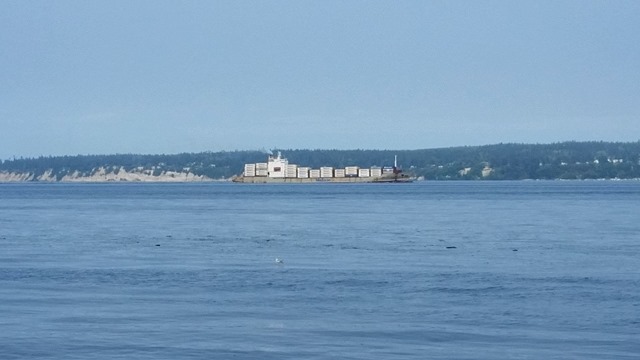 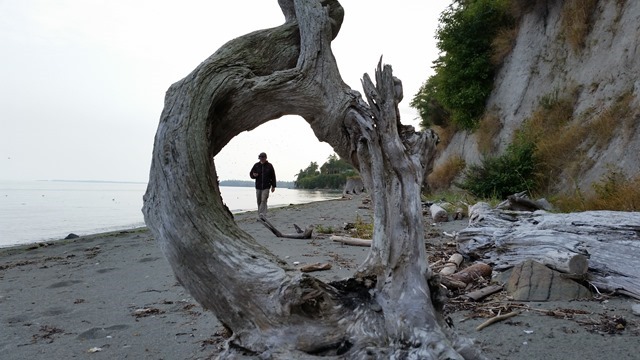 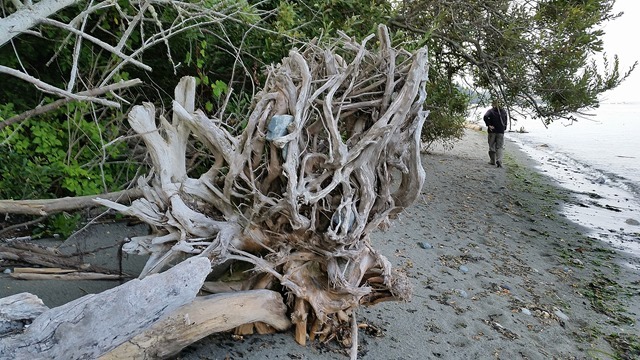 Somebody got creative with this one. 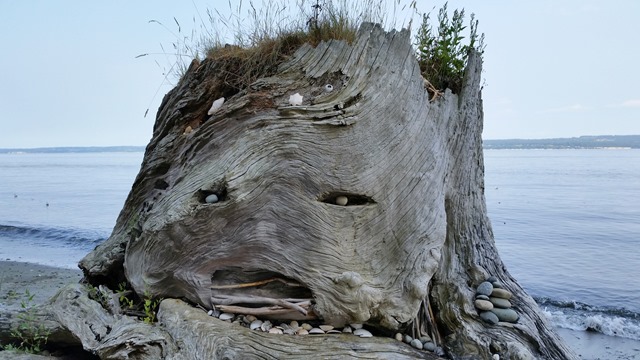 One of the couples we ran into last week at the farmers market, Art and CJ, invited us to stop by their property yesterday, which is not far from here in Chimacum Valley, where they are planning to build a small house next to his daughter and son-in-laws’ place. CJ teaches Zumba at Jojoba and Art, a former chiropractor, helps people with injuries and pain issues. They have their RV parked on the property now and hope to break ground soon. After a tour and Art giving Jim a treatment for his aching pickleball elbow, we all went to nearby The Keg and I, a new brewpub in Chimacum that we didn’t even know existed, and had a nice afternoon getting to know them better.

If our mail arrives Monday we will most likely be leaving on Tuesday, heading to Anacortes, possibly but probably not, on the way to Canada. Our friends we were supposed to meet in Jasper are in Wyoming and planning to make a decision either Tuesday or Wednesday on whether or not to go. Since Chuck is a retired meteorologist we will defer to him to decide. Otherwise, we may just stay here since we found out a couple other friends will be arriving next week. Either way, we’ll find something to keep us busy.