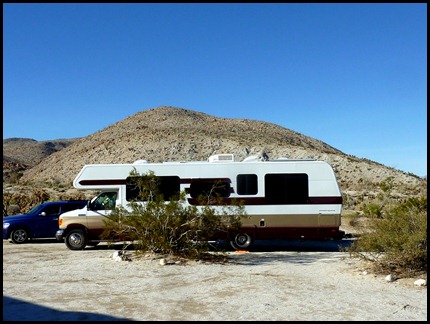 We finally left Jojoba Hills Wednesday on our way to El Centro, CA, where the weatherman is promising 70’s. After way too many weeks of RV parks and full hookups, we couldn’t pass up a free night in Anza Borrego Desert State Park, which we had to drive through on the way to El Centro. The state park offers free boondocking and also has both primitive and developed campgrounds. We didn’t see any good places to boondock, but found this small campground with only a vault toilet and a few spots to park. It’s in the southern part of the park, along CR-S2, also called the Great Southern Overland Stage Route of 1849. 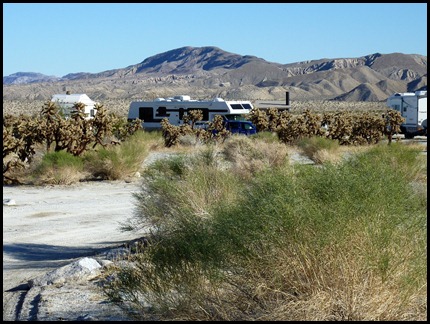 Our view. You have to like the desert to appreciate it. 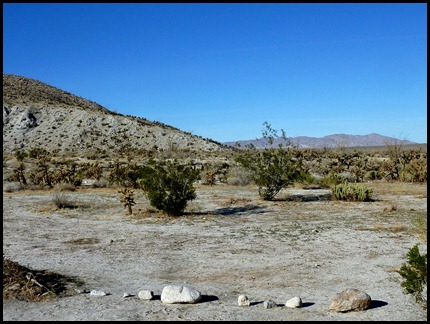 Just a short hike away are several palm oases and a small running stream. According to the sign there are 20 canyons in the park with palm oases. 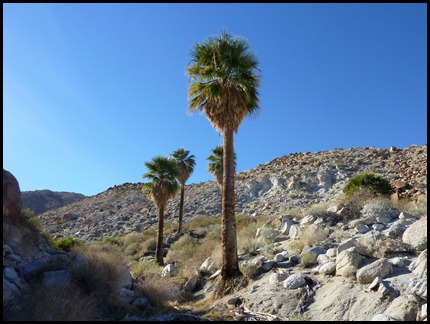 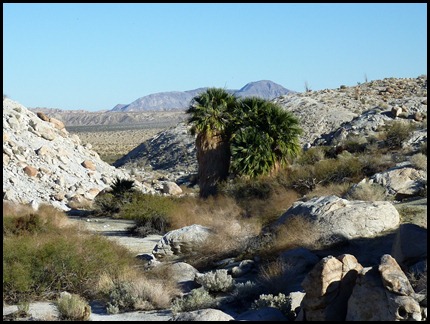 It was in the upper 60’s, and one of the calmest days we’ve seen in the desert. Jim decided to change the oil in the rig, and all was going well until he got up from under it and hit his head on the passenger side mirror. He wrenched his neck and was in quite a bit of pain. Luckily he didn’t need an ambulance as there is no cell service here! He was feeling much better by last night, although he is having second thoughts about continuing to do these things himself.

It was a beautiful morning yesterday, so we decided to take another hike into a different canyon before we left. I was surprised while we were hiking when Jim suggested we stay another night. With no internet, phone or TV, I figured he would be anxious to get to civilization, but he was enjoying the quiet, and was in the middle of a good book. So stay we did, and had a nice relaxing day in the desert. It even got up to 72 degrees! 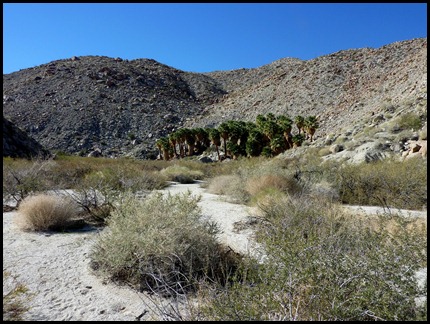 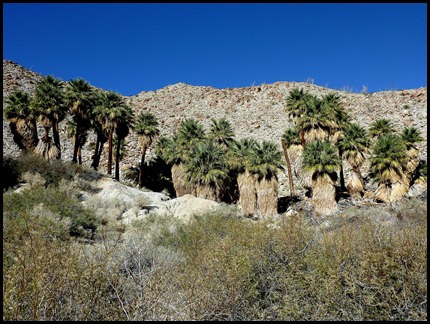 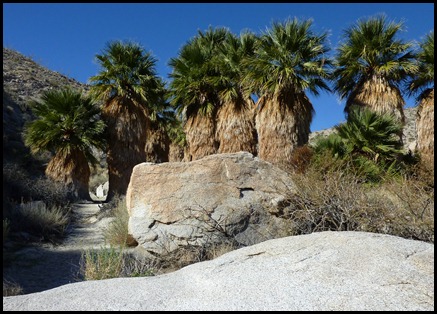 We are definitely going to El Centro today, as Jim is transferring some IRA money and we need to get to a Bank of America.