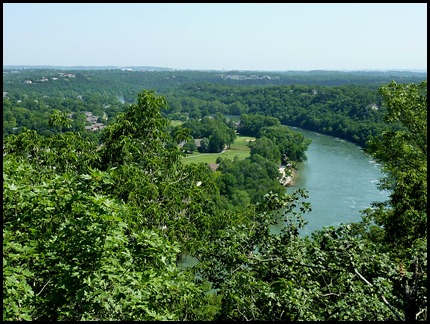 When we decided to try and spend Memorial Day weekend in Branson, I was originally going to reserve a campsite at Table Rock State Park, about 5 miles from town. We ended up with a better location, but wanted to see what the park looked like. Just before we got there, we stopped at a nice overlook of the dam and the west side of Branson. The water is still pretty high. 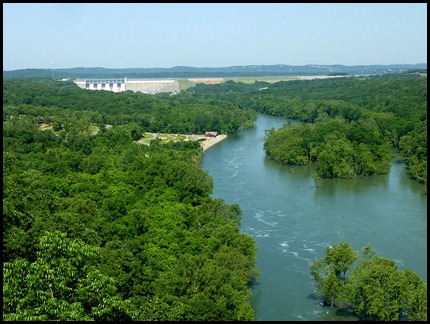 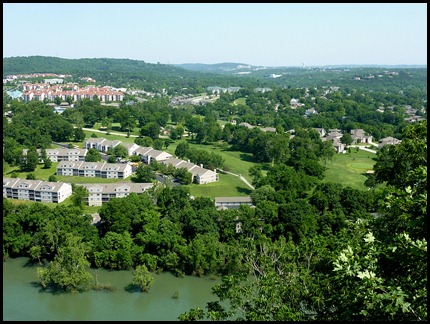 The state park campground would have been okay, but the sites were close, and it was full of families with lots of kids. One area of sites near the marina was still under water.
We continued on to the dam. They are still releasing water, but less than last week. 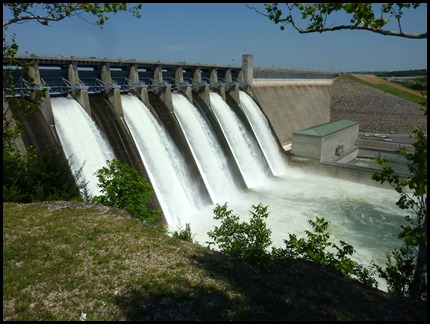 This is a 2 mile trail that runs from the Dam Visitor Center to the campground marina. Needless to say it is still closed. 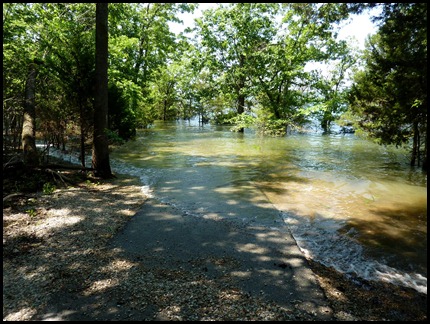 I found a coupon in one of our Branson guides for a buy-one-get-one free cone at Andy’s Frozen Custard. When I lived in St. Louis in the late 70’s, there was a frozen custard stand near my apartment, and I thought it was the best ice cream I ever had. Jim had never tried it, so we drove to Andy’s on the Branson strip, where all the theaters and touristy places are located. It was as creamy and good as I remembered. A little bit of the strip. 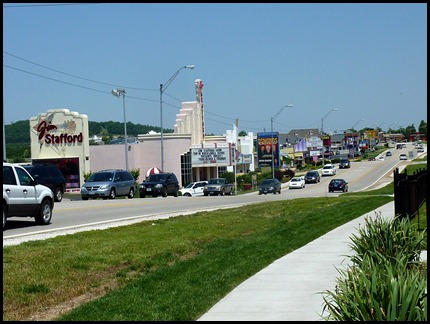 On the way home we stopped in the original downtown and walked up Main Street. It contained your typical tourist shops and restaurants, and Dick’s 5 and 10. We did go in, and they have a bit of everything, but the aisles are so narrow and there were so many people, we didn’t last long. 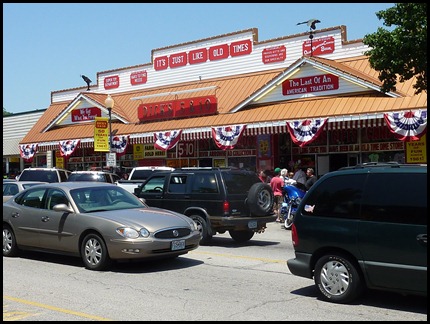 We saw that the water has receded at the Lakeside RV Park and Branson Landing. and there were even people walking on the boardwalk. Marilyn emailed and said they will be moving back to the RV park today, so things are getting back to normal around here.
Posted by Jim and Gayle at 6:17 AM