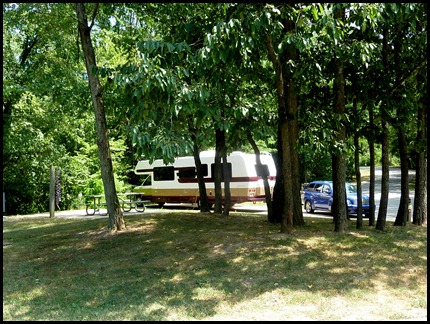 We are about 30 miles west of downtown St. Louis at Dr. Edmund A. Babler Memorial State Park, surrounded by high dollar subdivisions and lovely estates in the rolling green hills. More shopping than anyone could possibly need is just a few miles away, but the park feels very rural. We got the only site that was available for an entire week, and could only get level if we pulled in instead of backed in. At least we have some shade part of the day.

Yesterday we had breakfast at Panera and headed to Forest Park, site of the 1904 World’s Fair and the St. Louis Zoo. We parked for free near the World’s Fair Pavilion, and walked a half mile to the zoo, rather than pay the $12 to park in the lot. 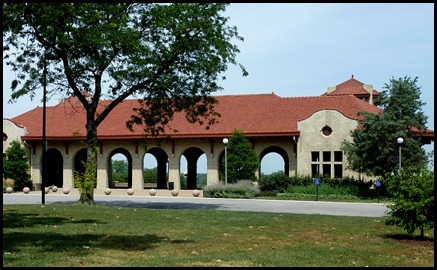 When I did my orthoptic training at the St. Louis Eye Clinic in ‘77-‘79, I lived near Forest Park and spent lots of time walking around the park and the zoo since admission is free. What a bargain. 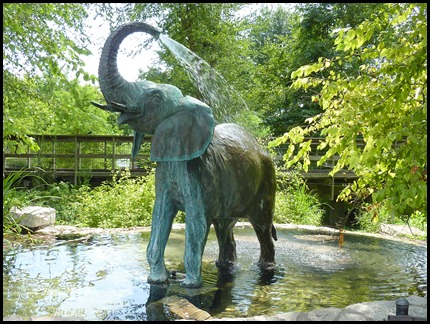 We spent over three hours there and didn’t see everything, but it was getting warmer and we were thirsty, hungry, and tired of walking. Luckily it was overcast and only got up to 91 yesterday, and there is lots of shade, so it wasn’t too bad.

We thought it was every bit as nice as the San Diego Zoo. Here are some of the animals we saw. 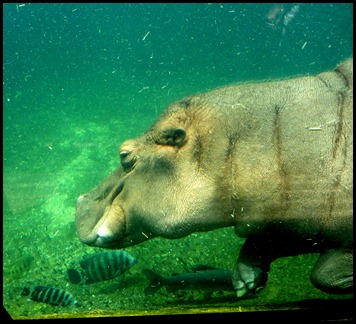 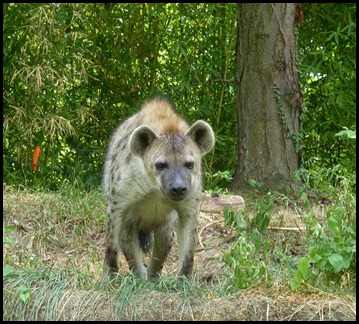 We felt sorry for the elephant after recently reading Water for Elephants. Haven’t seen the movie yet but it’s a great book, by the way. 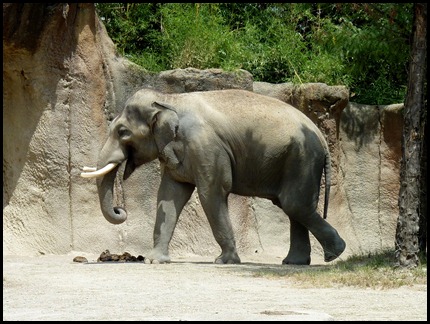 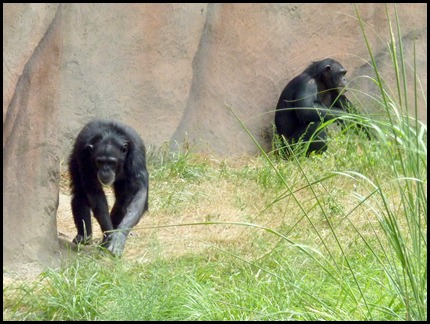 Lots of birds and waterfowl. 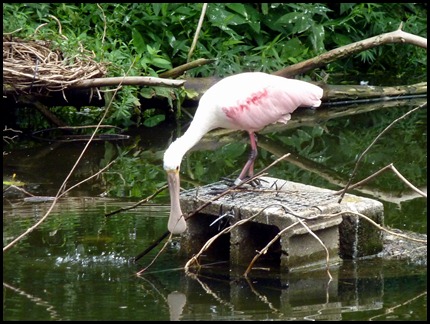 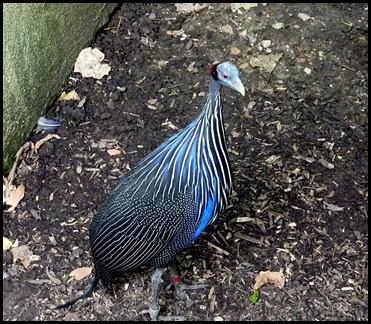 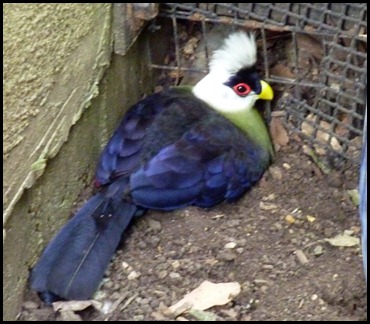 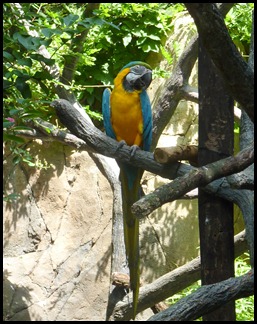 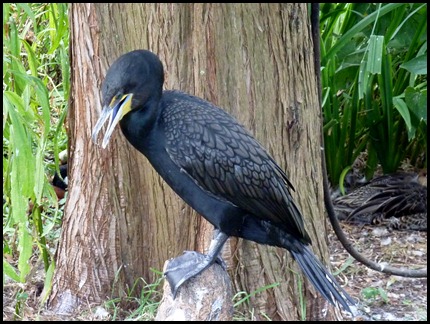 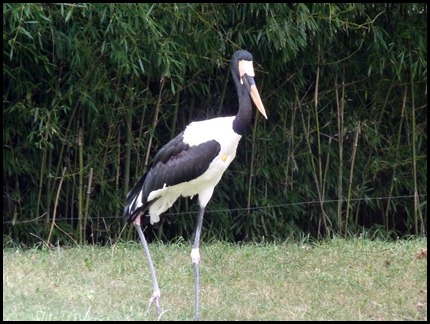 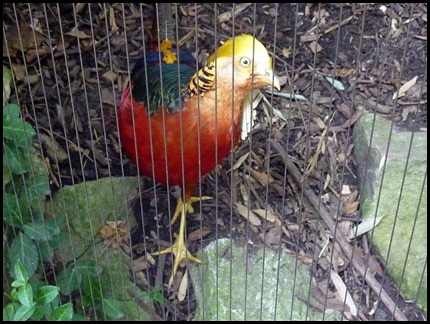 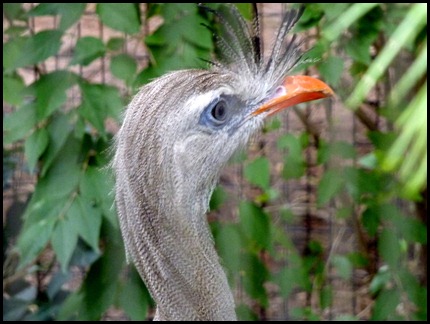 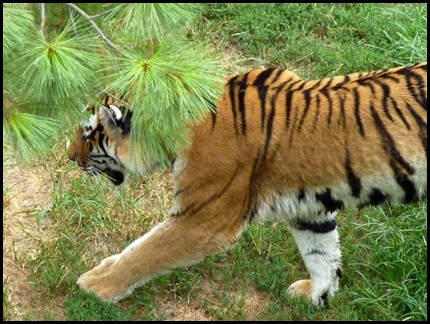 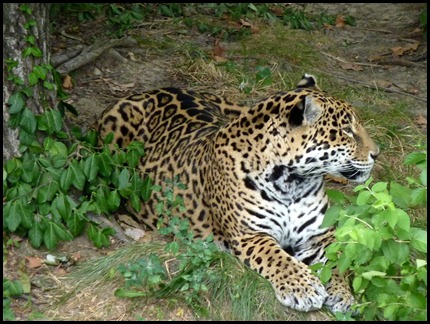 Somali Wild Ass. They are related to zebras, as you can see by the leg stripes. 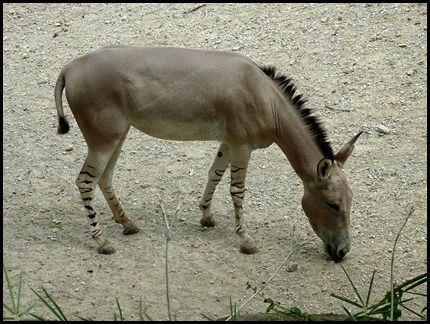 Transcapian Urial. Can you imagine the horn envy? The one with the largest horns gets to be the leader of the pack. 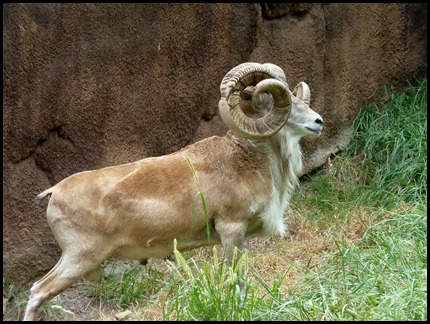 And finally, Jim had camera envy watching this photographer, although he didn’t think he would enjoy carrying it around. 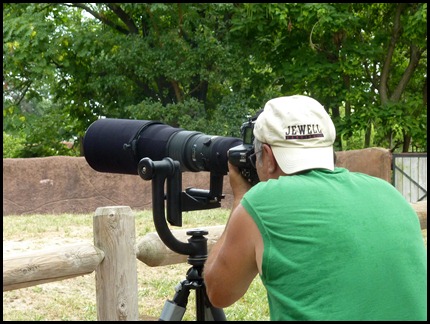 It was a great day at the zoo, and on the way home we stopped at Trader Joe’s, which is only 7 miles from the campground. I just love that store and we’ve decided that wherever we end up settling down one day, it’s got to be within 25 miles of a Trader Joe’s!