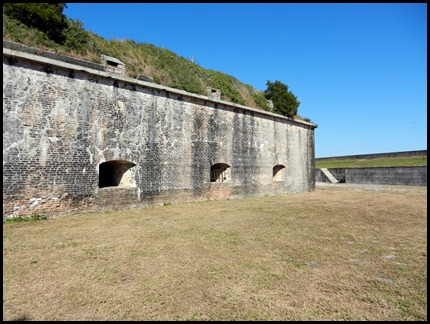 Although we had both been on tours of Fort Pickens many years ago, the only thing we remembered was that Geronimo had been held prisoner there, so we decided to take one of the guided ranger-led tours offered each afternoon at 2.

The fort was built from 1829-1834 using 21.5 million bricks and slave labor. As you can imagine, brick making was a big industry in Pensacola during that time. 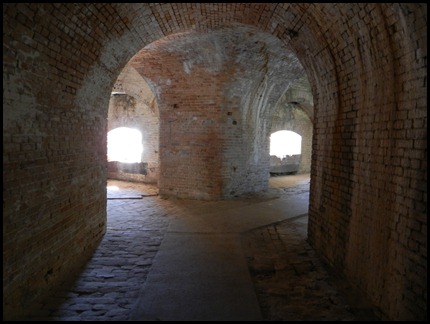 The archwork construction was amazing, with reverse arches under the floor to offer support. 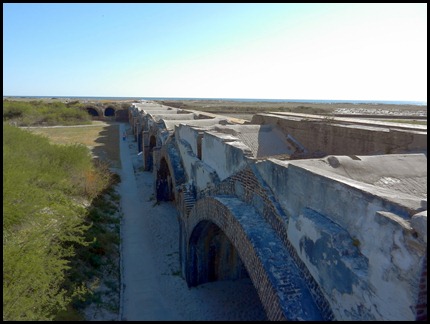 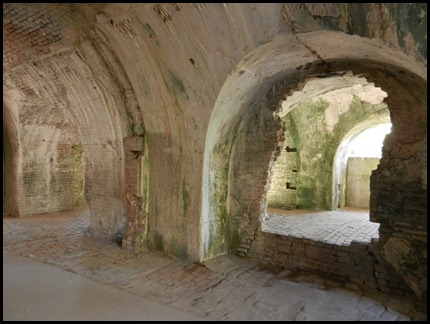 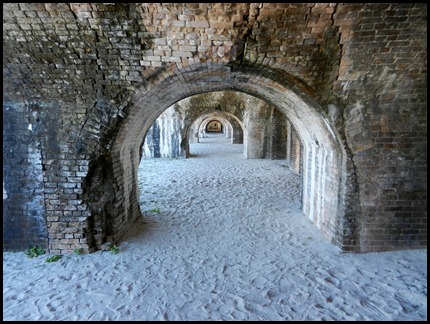 They had this one exposed so we could get a better idea of how it was constructed. 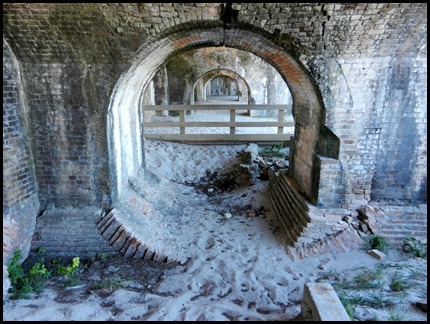 Stalactites from the limestone in the mortar where water has seeped through over time. 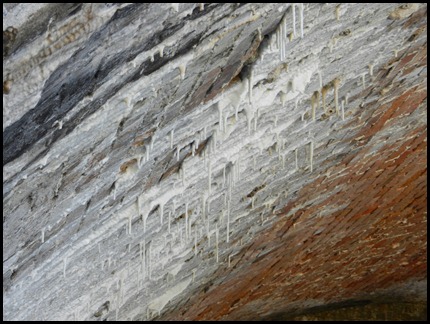 Interestingly, no cannon or gunfire took place at Fort Pickens until the Civil War in 1861, one of the few southern forts to remain in Union hands. 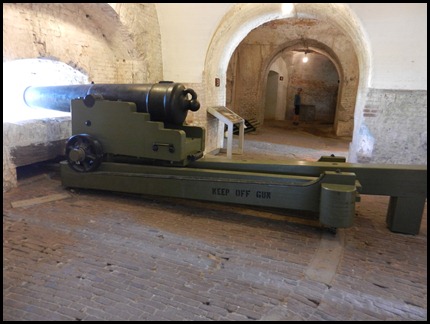 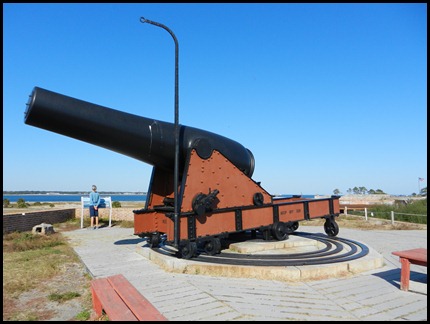 And yes, Geronimo was housed as a prisoner there in 1886.

It was a great history lesson, and the ranger, Mike, who led the tour did an excellent job. We would highly recommend it.