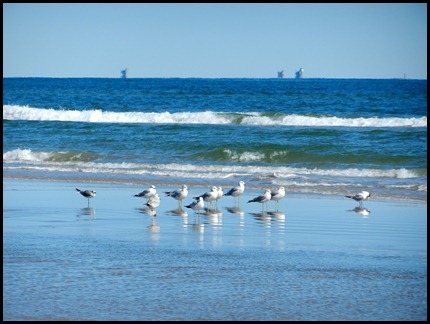 Yesterday we took a 25 mile drive south to Padre Island, which at 70 miles long is the longest stretch of undeveloped barrier island in the world. It looked like a beautiful day for a walk on the beach, until the volunteers at the visitor center warned us about the dead fish. That nasty red tide is still causing problems along the Texas Gulf Coast. In fact a couple days we were both coughing when we walked and rode our bikes. After the big front came through this weekend and the winds shifted to the north, we haven’t noticed anything, but it sure did a number on the fish. 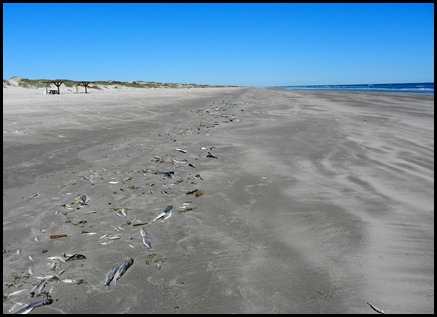 We walked a couple miles and as far as we could see there were thousands of dead fish. Luckily the tide was out and we could walk closer to the water to avoid them. And since they just washed up the day before and it was cool, there was no smell (yet).

The volunteer told us to look out for a rare fish, which she had marked with a cross in the sand. It’s called a stargazer, since it’s eyes (and mouth) are on the top of it’s head. All the better to see and eat other little unsuspecting fish that swim over it as it’s buried in the sand. 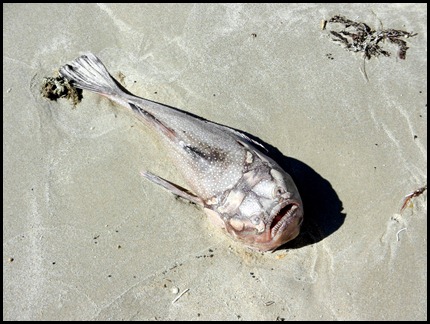 We think this is the top of a Portuguese Man Of War jellyfish. 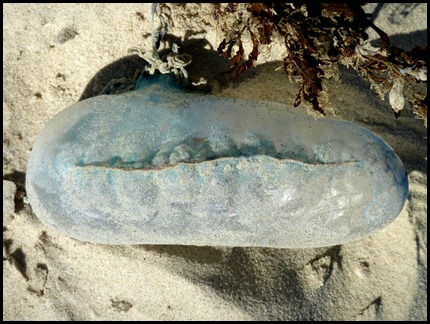 For some reason, our beach here on Mustang Island near Port Aransas hasn’t had any dead fish washing up on it. That definitely spoiled the beauty of Padre Island for us.

Today we took a bike ride and went back to the birding center. Still haven’t seen a Roseatte Spoonbill, the official bird of Port Aransas. And we were hoping to see an alligator. Didn’t see either of those, but we did get to watch this nutria eating the sawgrass. He was kind of cute, but the sign said they are very destructive. 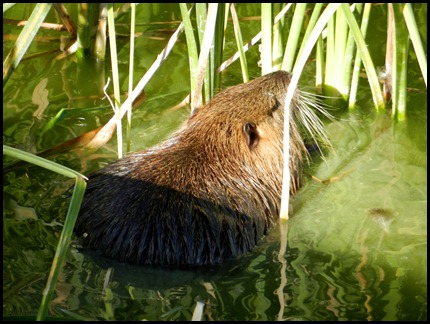 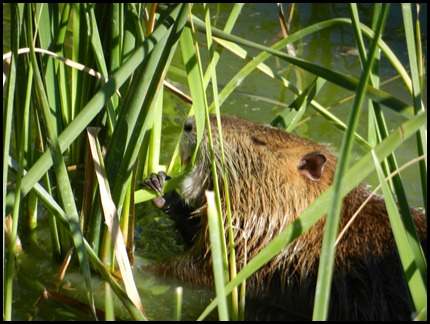 Also what we think is a cormorant. There were lots of them in the water. 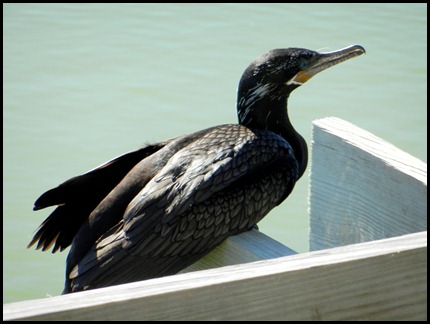 And turtles upon turtles. Look closely or click to enlarge the image. 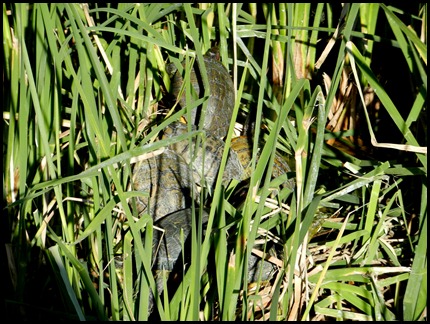 And one of our favorites. 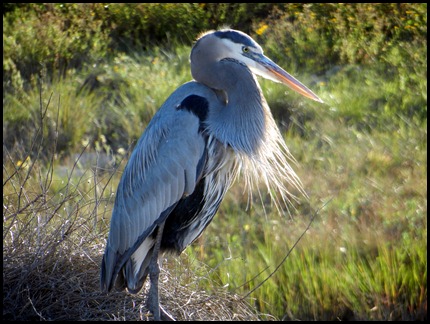 We leave here tomorrow for Mission, TX, where we plan to spend the month of December.