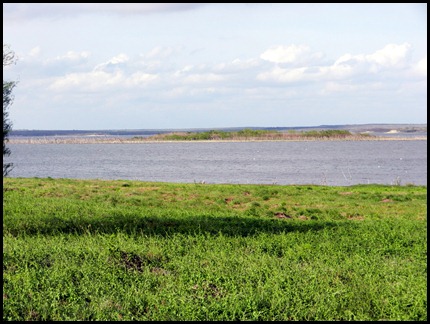 It was a great feeling to get back on the road again, and we had a pleasant 189 mile drive north to Choke Canyon State Park. We purchased a Texas State Parks Pass a couple weeks ago, which for $70 for a year gives us free entrance to all state parks. If we hadn’t bought the pass we would each have to pay a $4 entrance fee per day, plus the $20 a night for the site with water and electric. When you buy a pass they also give you 4 nights of half price camping, so it won’t be long before it pays for itself, as we plan on staying at several more state parks before we leave Texas.

Since we got here on Saturday, there were only a few sites left to pick from. We actually got a nice private site. 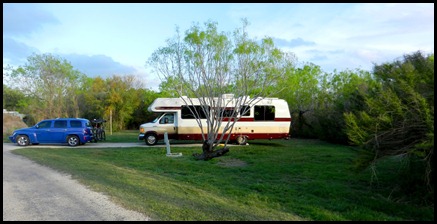 But when we saw everyone packing up this morning we quickly moved to a prime waterfront site. 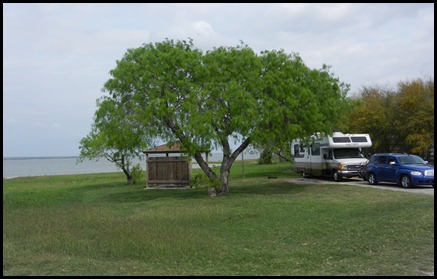 With a great view of Choke Canyon Reservoir. 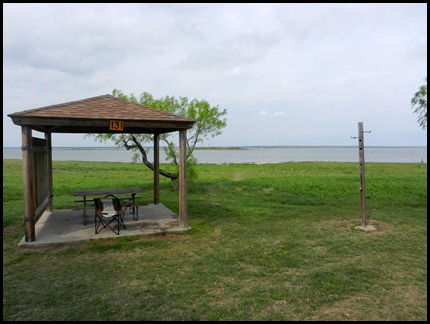 Last evening we walked around the campgrounds and cabin area. It was strange seeing so many tents, pop ups and kids on bikes after a few months at an RV park where there were no tents and we rarely saw a child. (That was a good thing!).

Today we hiked the several miles of trails throughout the park. This is a popular birding area and we saw lots of birds. 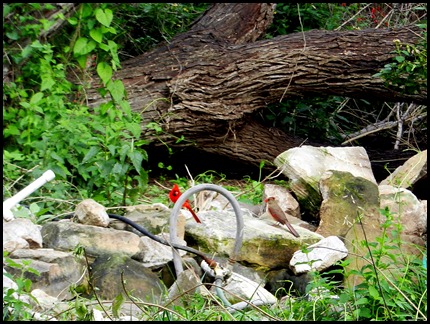 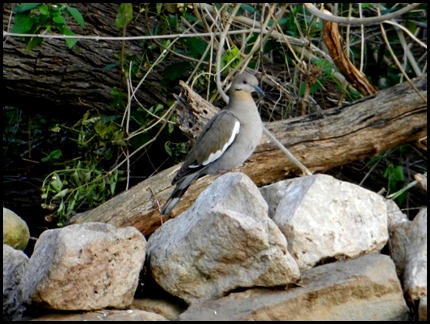 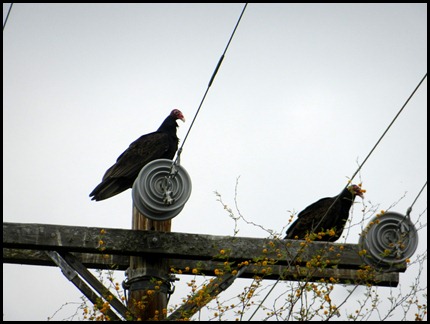 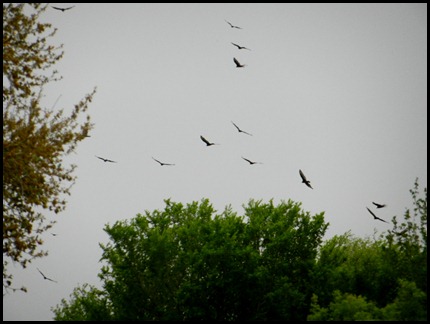 Also a bunch of roseatte spoonbills on the other side of the lake which we wouldn’t have spotted without binoculars.

Lots of bird houses, but this one been taken over by something else. 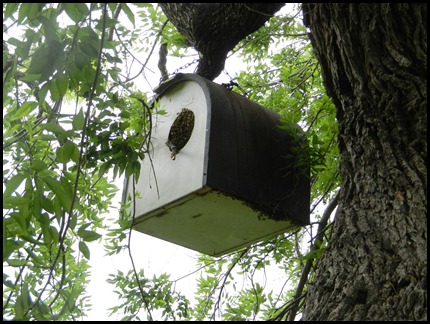 It was full of bees. 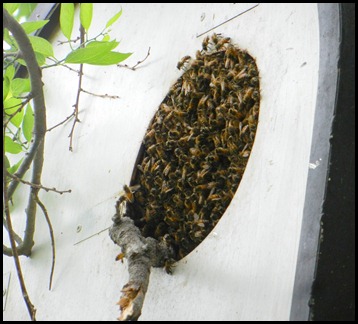 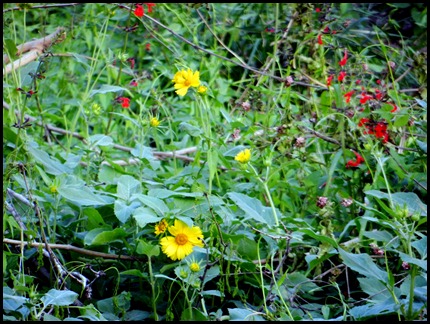 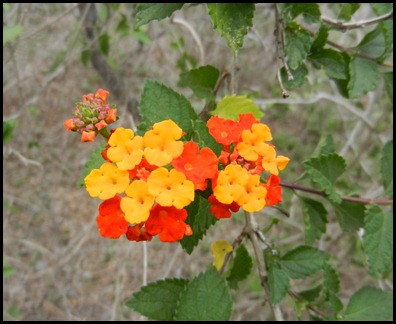 It’s a nice park and we would definitely stop here again, although our Verizon internet is extremely slow.

I know I promised no more cat pictures but we made one last visit to Cinderella Friday. Jim is holding his favorite, Muffy, and petting my favorite, Lion, at the same time. 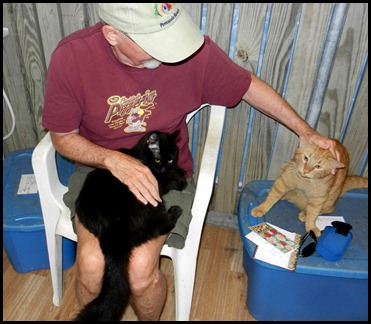 A better picture of the handsome Lion. 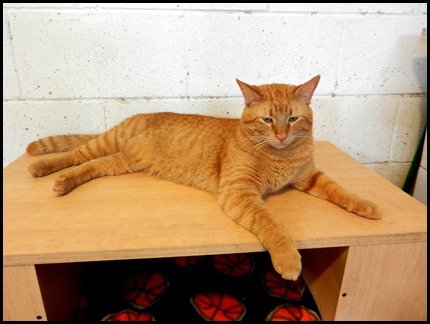 And another of our favorites, sweet Pedro. 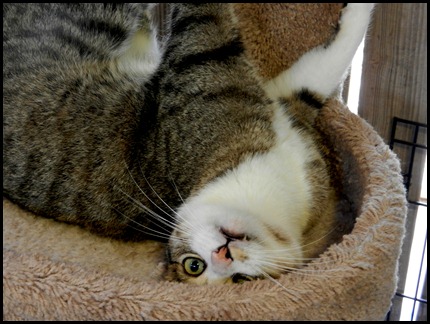 Jim has already informed me that if Muffy hasn’t been adopted by the time we return in November, she is coming to live with us.

Tomorrow we’re moving on to Fredericksburg in the Hill Country.