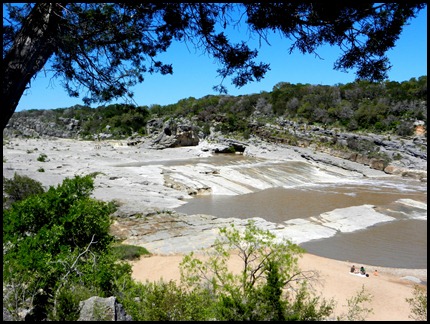 Thursday after a trip to the laundromat, we spent a few hours walking around downtown Fredericksburg. The city was founded by German immigrant Baron Ofried Hans von Meuesbach in 1846, and was named after King Frederick of Prussia. Better than using his own name. There are lots of interesting shops, boutiques, galleries, restaurants, bars and historic old buildings, but we forgot the camera that day.

Yesterday we took a 45 mile drive to Pedernales Falls State Park to do some more hiking. It isn’t a typical waterfalls, but it was a pretty park and we enjoyed climbing on the rocks along the river. 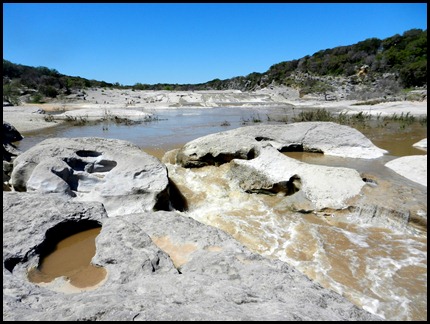 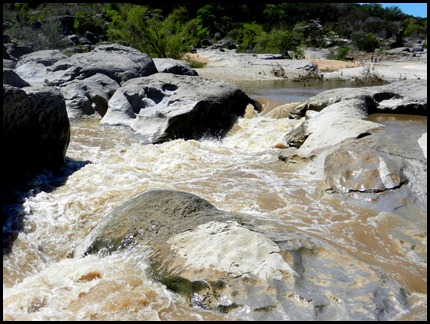 When we stopped at the visitor center to get our pass, we asked about hiking trails. The man behind the desk gave us a map, told us how to get to the trails and how many miles they are. After the falls we decided to take the 4 mile loop trail that starts in the campground, a very nice one by the way, with quite a few long, level sites for RVs. There was no Verizon signal in the park, though.

The 4 mile loop starts on the other side of the river, after the sign for “Trammel Crossing”. I looked up the definition of trammel after we got home and one of the meanings is “something that restricts activity”. Guess if we were smarter we would have known that meant having to cross the river but we didn’t understand why they wouldn’t have warned us that it might be tough due to high water levels from the recent rain. You can see the trail on the other side, and no, we didn’t even attempt to cross, or should I say swim. 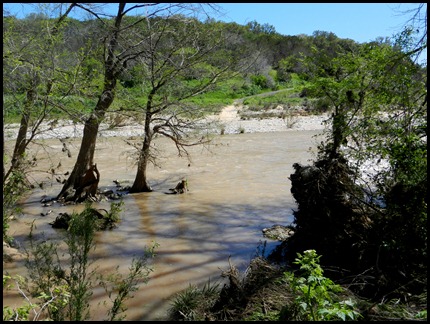 So we ended up walking along an unnamed, fairly well worn trail along the river. 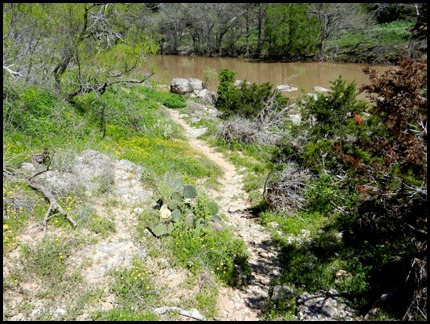 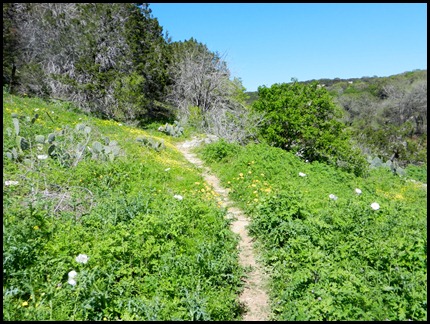 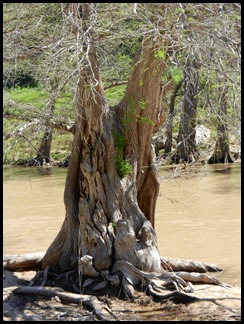 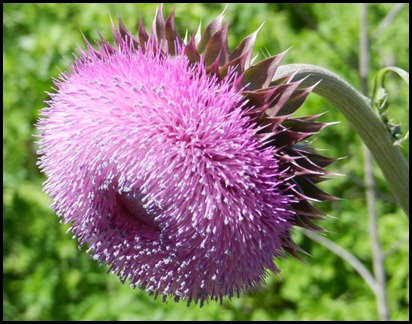 It was a great day for a hike. 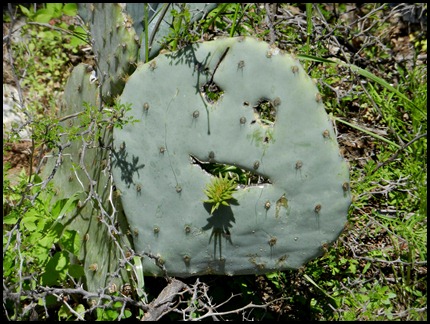