First morning of the government shut down and we are affected. The ranger came and told everyone we had to be out of Horton Creek Campground today. We were afraid that might happen, so we had already topped off our water before they arrived. They locked the restrooms, covered up the water faucets with plastic bags, and put up the closed signs. We wanted to dump before leaving, and they said the water was still on and we could use the dump even though a bag was over the spigot.

We weren’t sure where to go, as we weren’t crazy about the places we had found off Buttermilk Road, so we asked the ranger if there were any other areas to disperse camp. They suggested the volcanic tablelands off Casa Diablo Road. We drove the cars and found a suitable spot. Debbie left her car and we went back to get the rigs. Surprisingly it didn’t appear that anyone else was packing up to leave. Maybe they hoped the shutdown would end today and they would be fine staying there.

Shortly after we pulled into our new site and were getting leveled, I heard something and looked up to see this. Made me think of Boonie and his recent posts about horses. 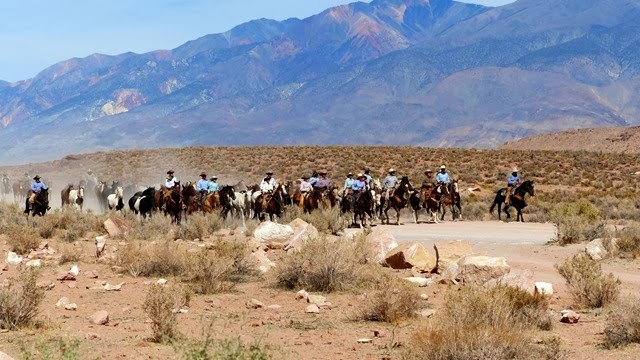 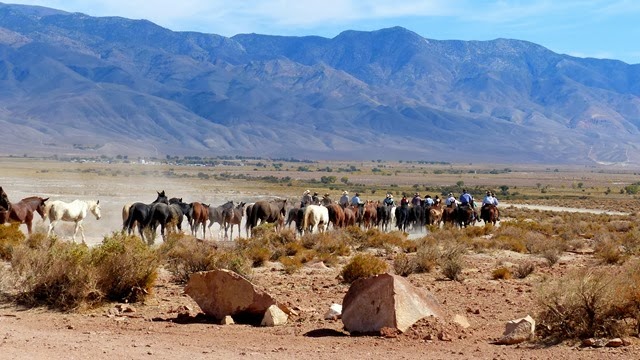 Debbie had stopped for gas so she was just making her way up the road. She had to stop and let them pass, and said many of the horses brushed up against her Lazy Daze as they went by. This was definitely a first for us.

We like our new site. It’s closer to Bishop and has nice rocks for climbing directly behind us. 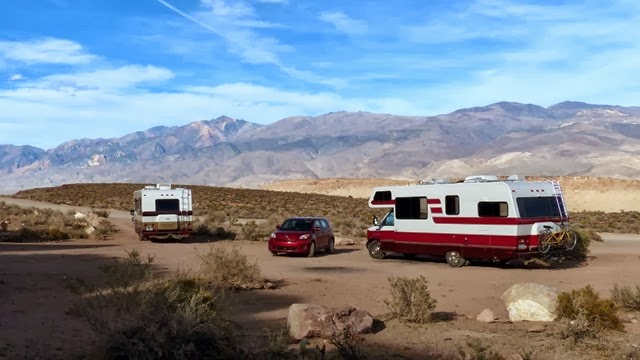 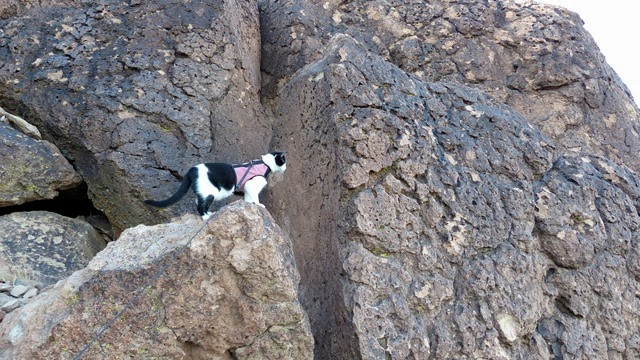 As does Debbie’s dog Rupert. 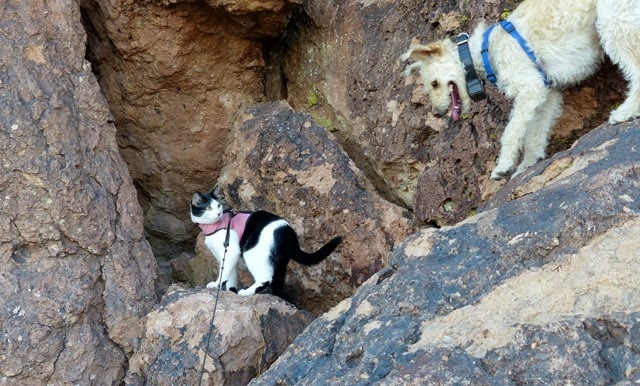