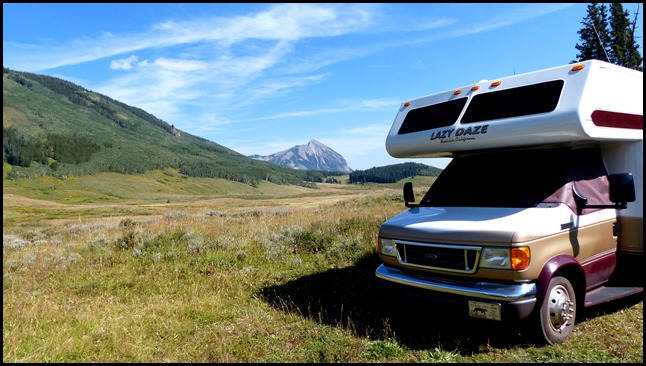 We are now parked in the Gunnison National Forest off Washington Gulch Road near Crested Butte, a lovely spot in a meadow with views of mounts Gothic, Snodgrass and Crested Butte. After leaving Ouray we stopped off in Curecanti National Recreation Area where we dumped our tanks, filled the fresh water, and spent the night at Stevens Creek Campground. We stayed there in 2012 and really liked the area. It was as pretty as we remembered but its close proximity to Highway 50 results in way too much traffic noise. Also in 2012 we had a decent Verizon signal with the booster but this time although we had a few bars of 3G we were unable to access the internet. 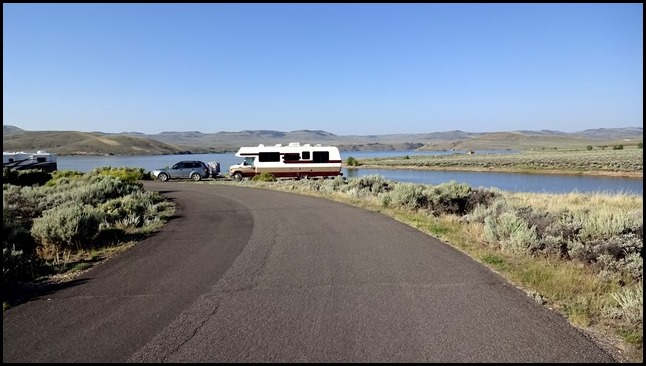 It was nice to see a reservoir full of water. 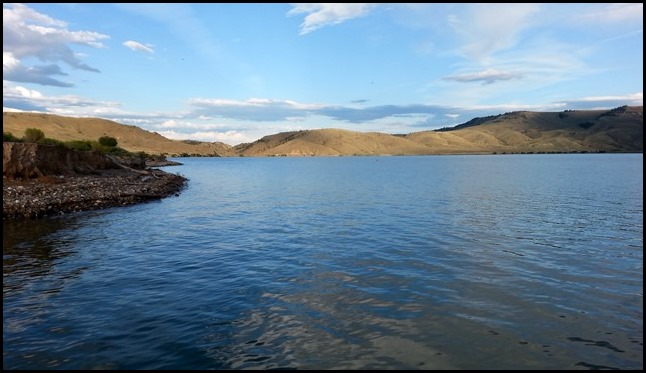 So the next morning we headed for Crested Butte after a stop at City Market in Gunnison, where we parked next to a shiny newer red Lazy Daze. While I was picking up a couple things Jim met the owner, Sharon, a very nice woman from Oklahoma. Hope to see her again down the road.

After passing through Crested Butte we saw a pullout where we decided to unhook the car, since we knew we were just a few miles to where the road turns to dirt. Had we not stopped we would have missed the fun experience of driving through a cattle drive 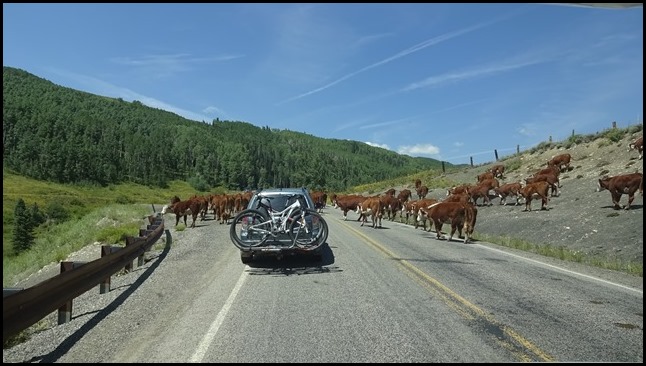 After entering forest service land Jim pulled over and I drove on in the car to scope out some sites. Turns out the ones we could have gotten into were taken, so we just ended up getting level where he pulled off. A couple hours later our Iowa friends Chuck and Carla showed up. They seem to have an uncanny way of finding us anywhere! 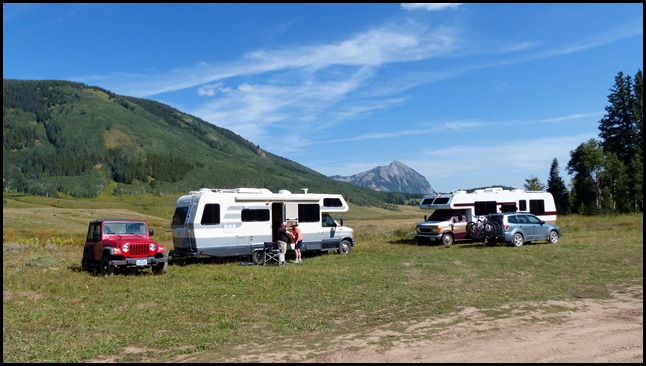 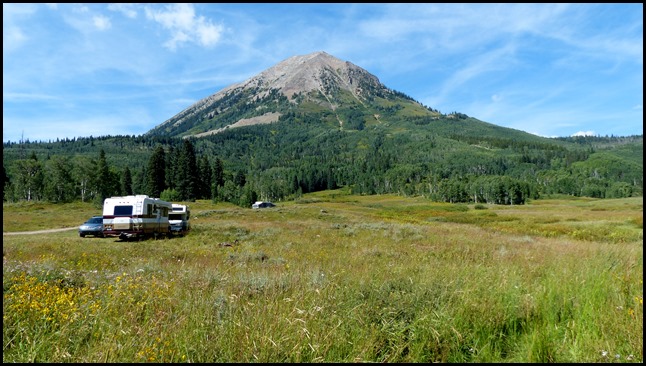 After they got set up we walked for a couple hours up the road from where we parked. It’s really a beautiful area and we can only imagine what it looked like when all the flowers were in bloom last month. 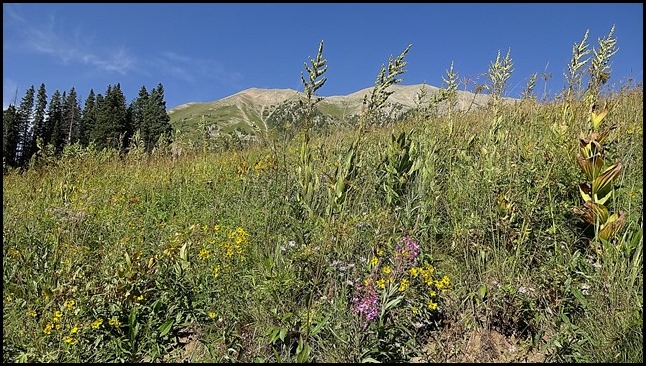 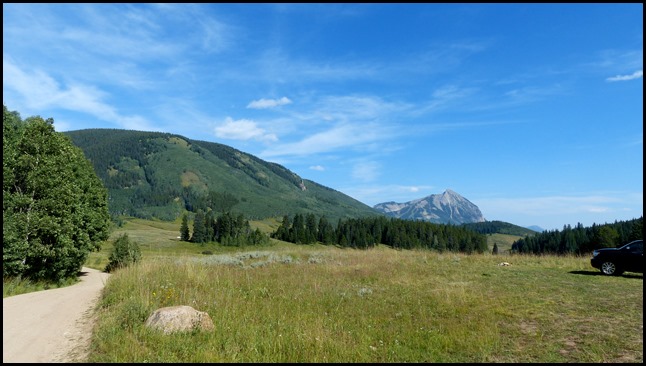 At 9,600’ it’s pretty cool here but we managed to sit outside for a chilly happy hour taking in the view. 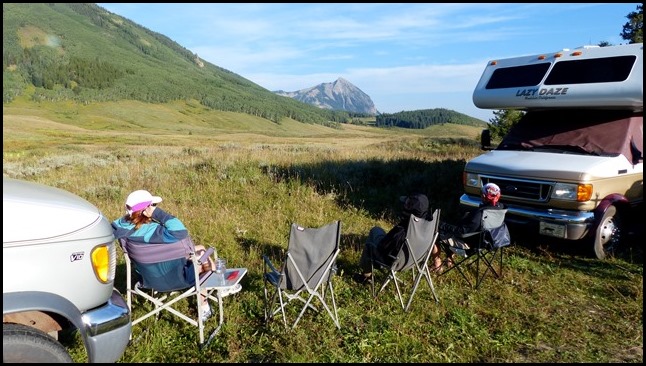 This is what our thermometer said when I got up at 6:45 today. It was 47 inside, pretty nippy! I was concerned that our Kozy World heater would not work at this elevation but with windows and vents cracked it started right up and it ran for an hour before the sun came up over the mountain and began warming us. 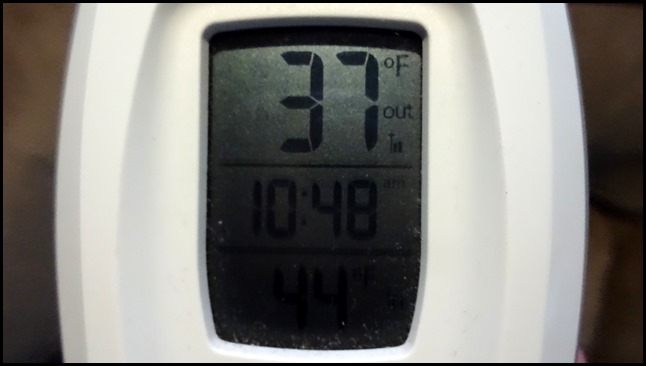 Today Chuck and Carla went into town for a few things while Jim and I did a 6 mile hike on the Snodgrass Trail, just a mile down the road from our site. Unfortunately there is a lot of haze today, supposedly from the fires in the Pacific Northwest. Should be blowing off in the next day or so we hope. We were just happy it was clear yesterday when we arrived.

Here’s what we saw on our hike today:

Two motorized mountain bikes. The guys both said we should get one. 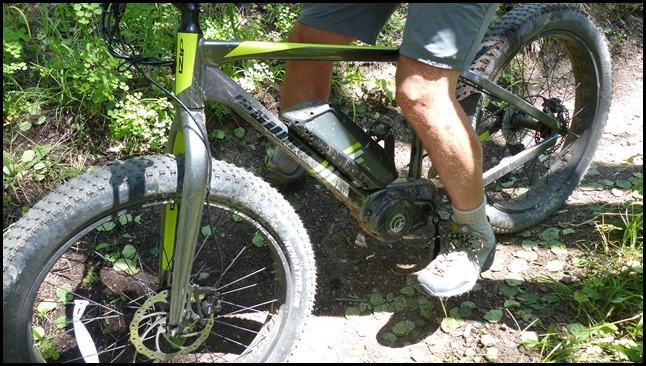 Several deer peering at us through the aspens. 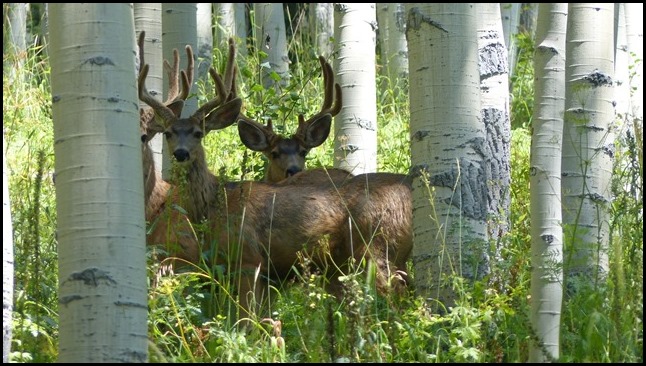 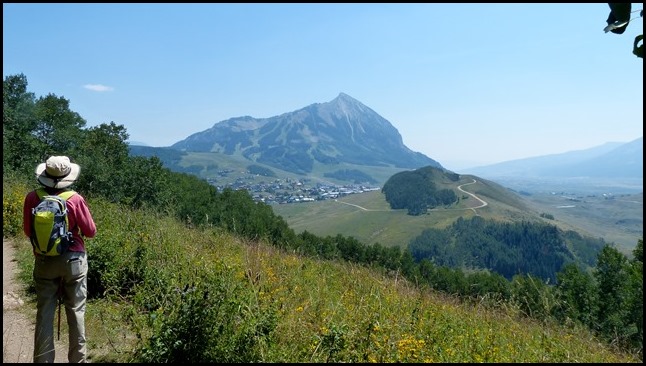 And this green guy. 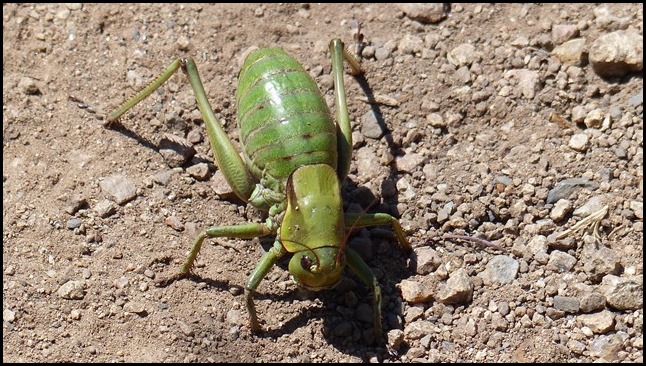 Debbie just arrived about an hour ago. We’re waiting to see who shows up next!