The Good, the Bad and the Ugly

We’re still parked in the Sawtooth National Forest at our creekside site north of Ketchum, Idaho. Almost two weeks with no internet or phone, and it really hasn’t been that bad. With George and Tina here we’ve been busy hiking, biking, and enjoying happy hours by the creek. It’s also been stressful due to cat problems, but more about that later.

We took our bikes with us to Ketchum for a ride on the Wood River Trail. Did a loop around  the very upscale Elkhorn subdivision through Sun Valley and back to Ketchum. Lots of hills, but then this is a ski area. 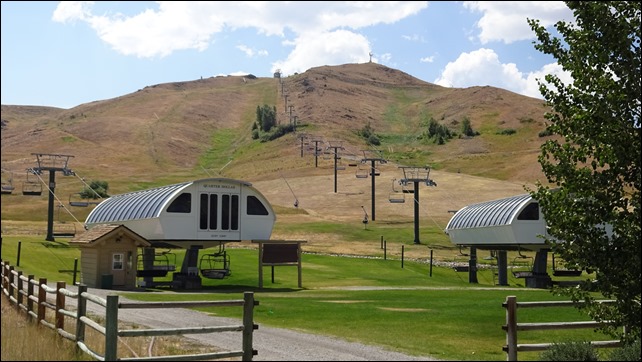 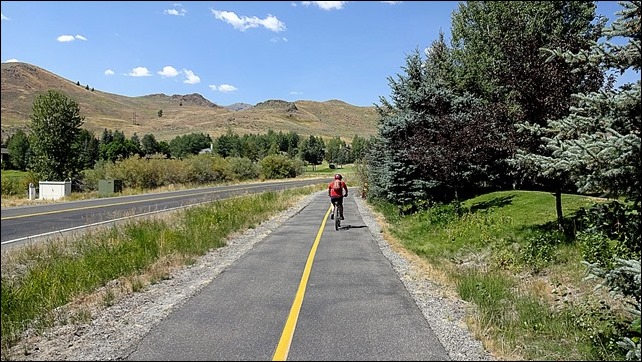 We hiked the Prairie Creek trail, just a couple miles down the road from our campsite. It’s still been a bit hazy and smoky off and on from the fires. 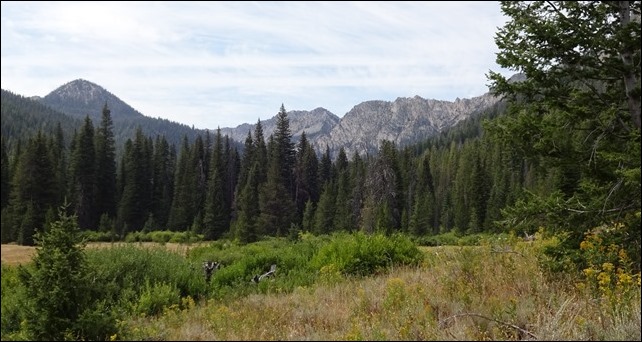 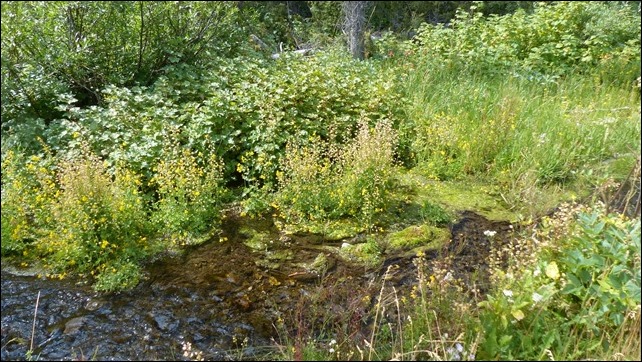 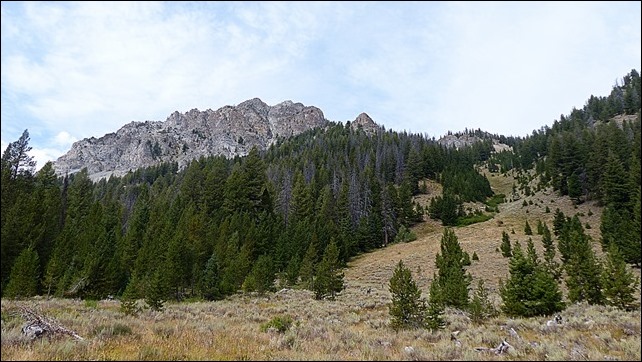 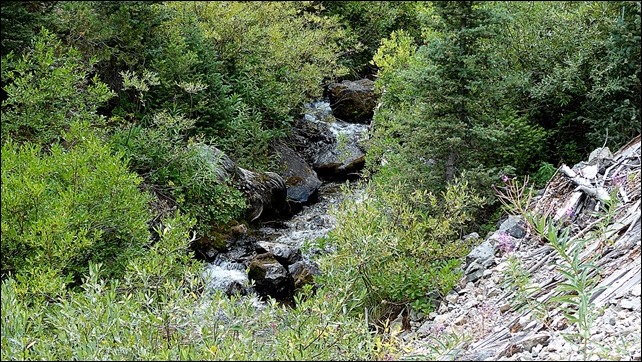 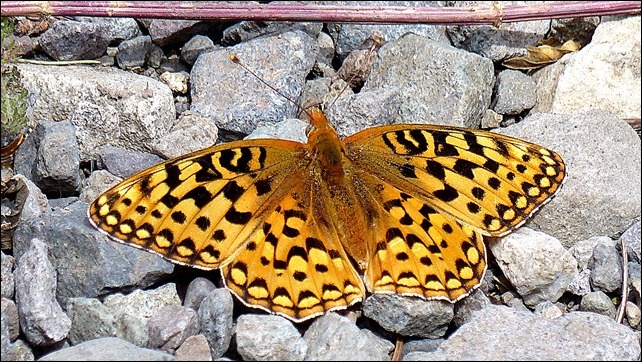 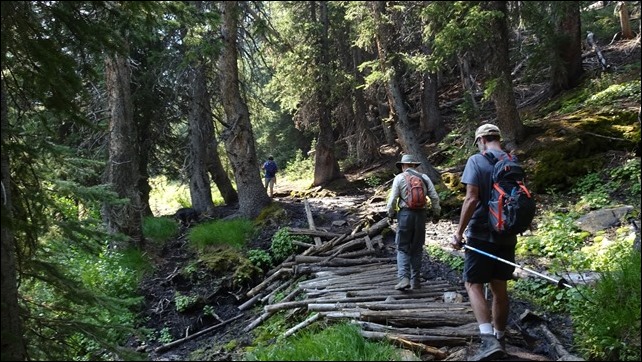 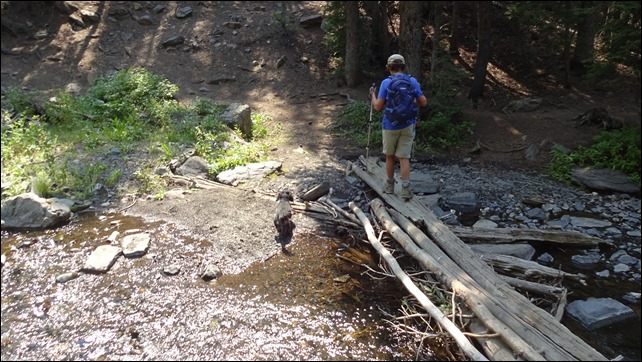 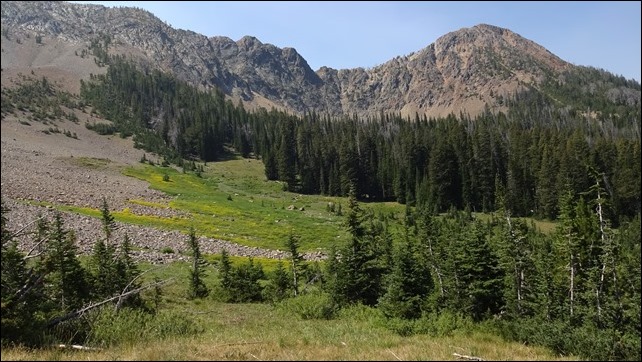 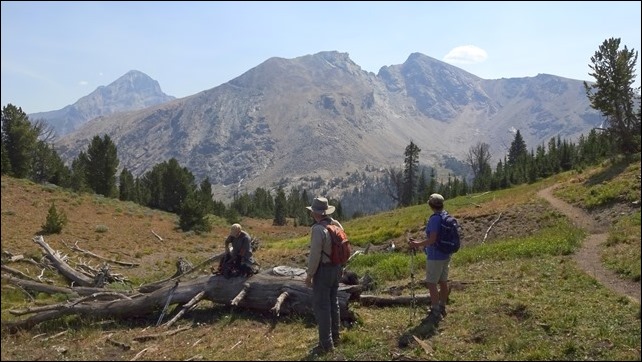 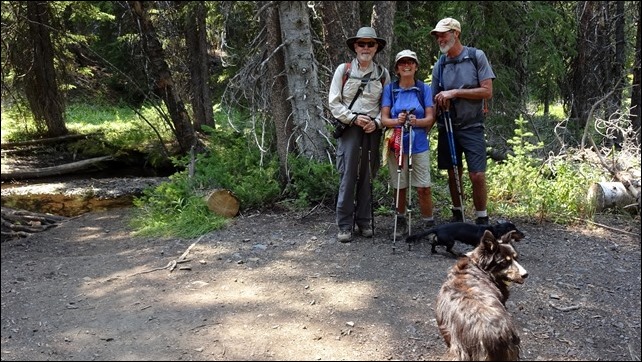 A ride on the Harriman trail from our site. Jim is loving his new bike seat. He also bought new grips a few days ago and is finally comfortable on an upright bike. 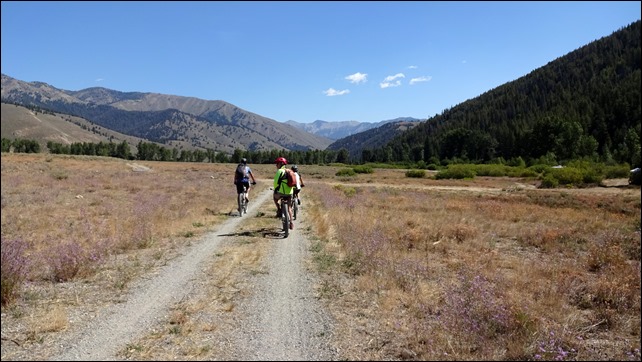 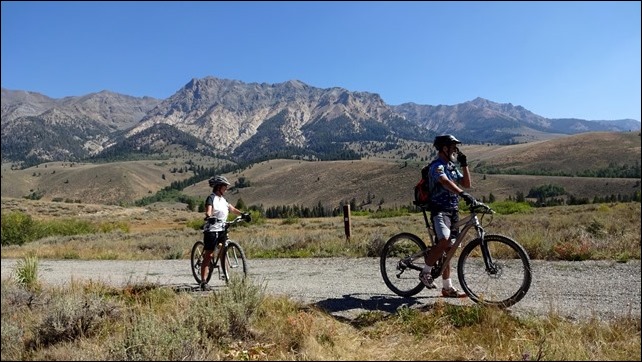 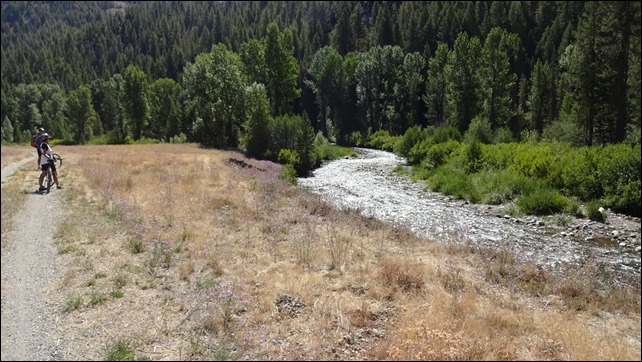 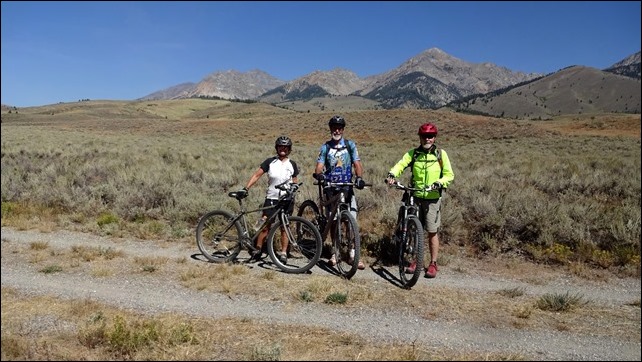 And now for the bad news. Tension between the cats had been escalating since their last fight in Stanley a couple weeks ago, and we felt like they were just on the verge of attacking each other every time our friends’ dogs walked by. The last straw was when Jax ran by barking and I saw the cats in attack mode, all hairs standing on end looking at each other. Jim had just gotten out of the shower, and I knew I had to separate the cats before a fight broke out, so I quickly picked up Sophie, who was closest to me, and threw her back in the bedroom with Jim. I guess she just had to attack something, and why it wasn’t me is a mystery, but she went for Jim, who was bent over using the squeegee on the shower. Luckily his back was to her, as his butt got clawed pretty good. He had to take the clothes hamper and put it between them to keep her from attacking again. She settled down quickly and within 10 or  15 minutes was back to her sweet self. Elvis remained on edge for the rest of the evening and I finally let them back together during the night. We thought about moving to a spot where we would be alone, but we know we will continue to stay in campgrounds or park with friends who have dogs, so that really was only a temporary answer. I have been putting Bach Rescue Remedy in their food to no avail, and spoke with the vet about medicating them, but we really didn’t want to do that.

The real issue is that two people and two young, rambunctious cats cannot peacefully coexist in only 100 square feet of living space. We have always felt bad about them not having more room to run around, and before all four of us lost our minds, we made the extremely difficult decision to take them to the Animal Shelter of the Wood River Valley in Hailey, Idaho. Although they don’t normally take in animals from people who are not local residents, I think we were so distraught and desperate they agreed to take them. So on Thursday, after not being sure we could actually go through with it, we dropped them off with all of their scratching posts, beds, toys, litter box, food and litter, and gave them a $200 donation. Jim joked that guilt can be expensive.

We really feel horrible about all this, and I know some people will judge us harshly, but it is such a relief to be free of the stress of dealing with them. Of course we are worried about how they are doing, and whether they will get adopted, but the very kind people at the shelter assured us they will find them good homes, and that is what we are going to believe.