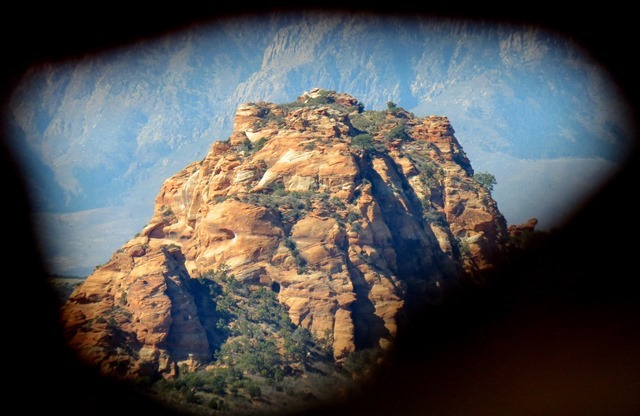 On our last day in Virgin (Thurs Oct 26) we drove up Kolob Terrace Road to an even quieter side of Zion. On the way we took a short detour to Virgin town square to check out the special exhibit “Flying Monkeys, Fence Posts and Fighter Pilots” about the testing that was done up on nearby Hurricane Mesa.

Hurricane Mesa is the high one on the upper left, our view for the past couple of weeks. 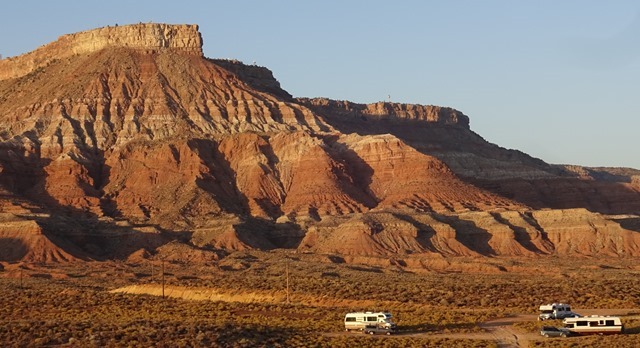 Here’s a little bit of history:

​”In the early 1950's as the US developed supersonic jets for the military it became apparent the flight suits and ejection seats used by the pilots were insufficient to fully protect them when ejecting a plane at speeds above Mach 1.0. To remedy this situation the Air Force contracted with a private company to develop a track to test supersonic ejection seats

​The Air Force chose Hurricane Mesa as the location for this testing. It had many ideal attributes. The long flat mesa top with a hard bedrock surface was perfect for building the tracks on which the sleds would be propelled. The mild climate of the St. George area allowed for nearly year-round testing. Also, the 1500 foot drop from the mesa top allowed test objects to be sent hurtling off the edge at supersonic speeds and plenty of space to slow them by parachute before landing in the undeveloped desert areas below.”

Sadly they initially did testing with monkeys, pigs and bears before developing a better non-living test dummy. It had to be terrifying for the animals. 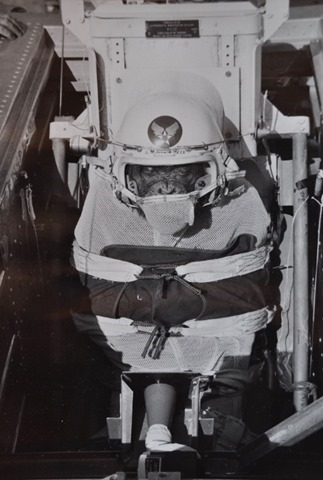 The exhibit was small but interesting, ending in a 12 minute movie from the 1950s about building Mesa Road and the test track. It was worth the stop.

Then we headed up to Kolob Terrace and did a couple of short hikes, the first one on the Grapevine trail, which goes down to the Left Fork of North Creek. We didn’t go down all the way since the trail became very steep and covered with slippery little lava rock pebbles. It doesn’t appear to be very well used but the scenery is nice. 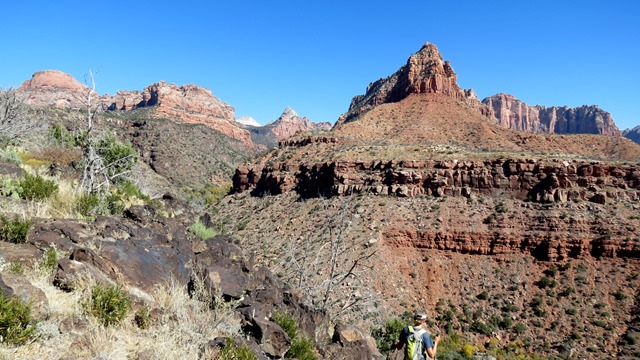 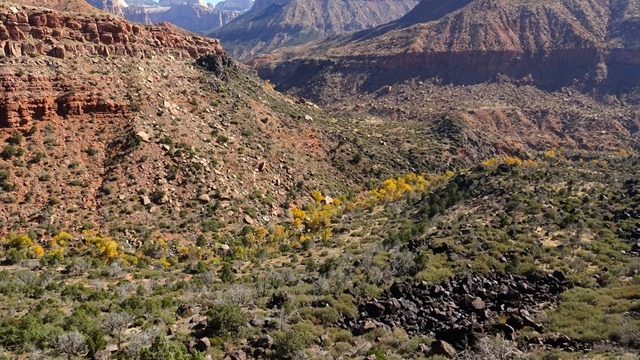 A few miles up the road we stopped for a little longer hike at a pull-off about a quarter mile past the Hop Valley trailhead. An unofficial trail takes you along a ridge where you can walk down the slickrock to an area called Hoodoo City. 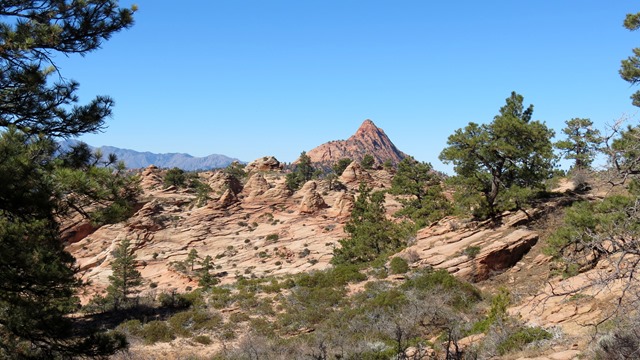 We climbed around the hoodoos taking pictures and enjoying the views. 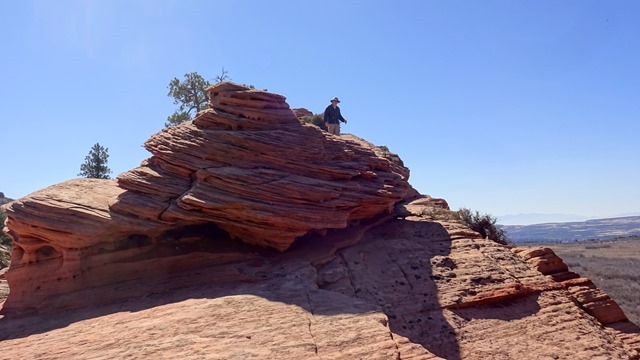 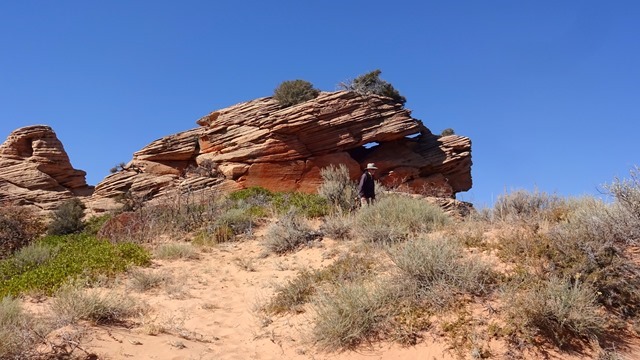 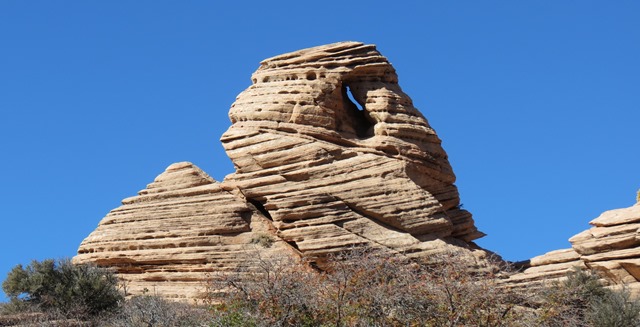 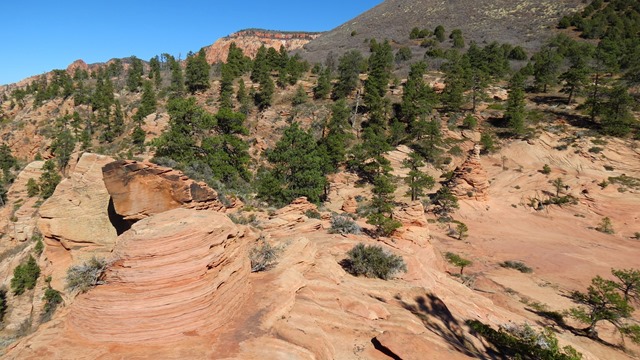 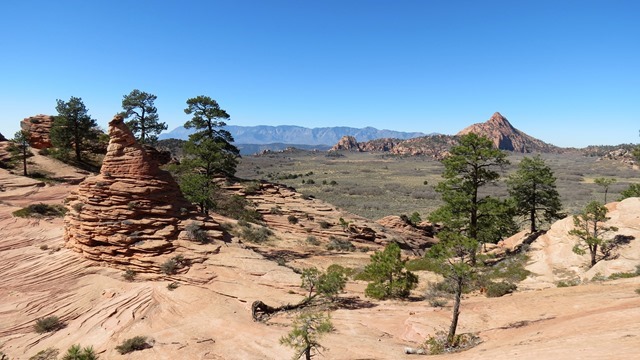 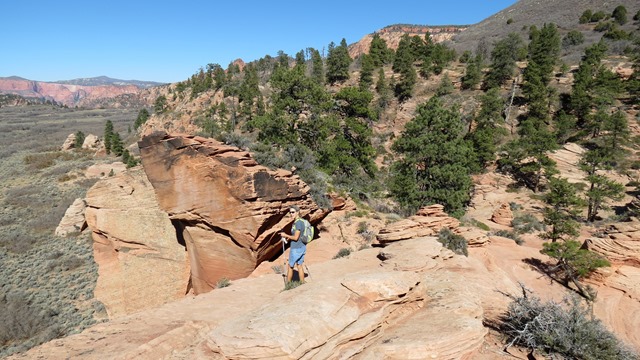 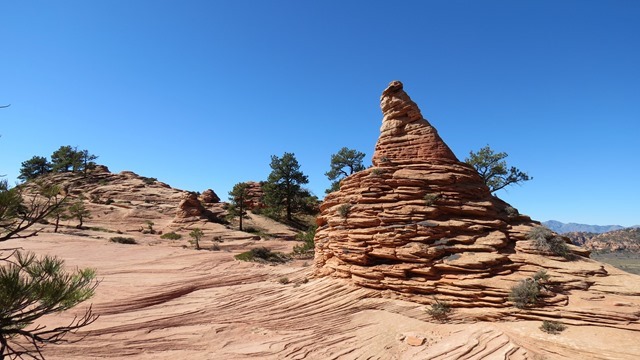 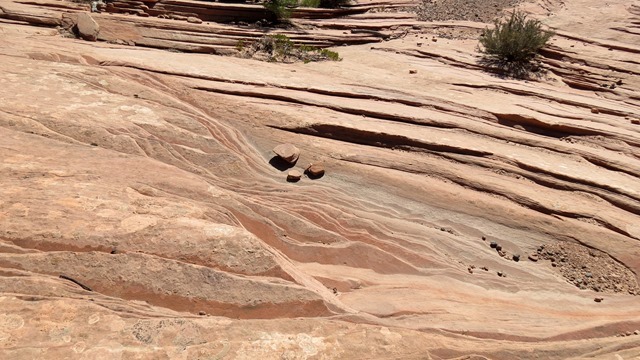 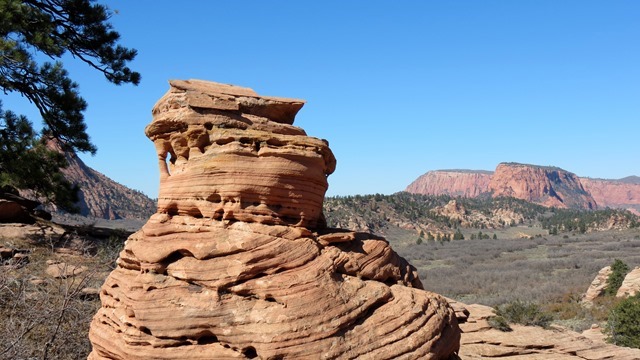 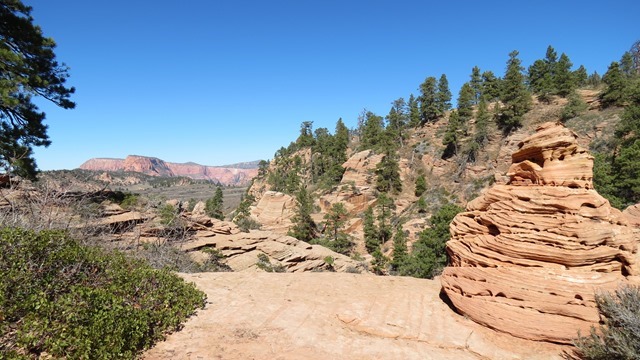 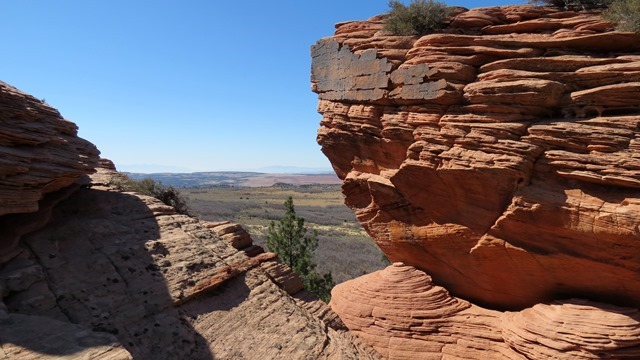 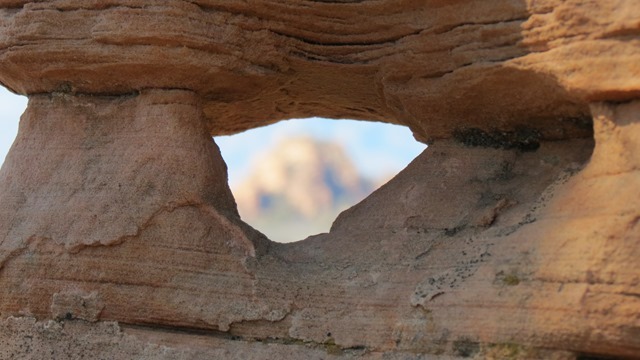 That evening we managed to squeeze eight people in our Lazy Daze for happy hour. The wind and blowing dust picked up during the afternoon so we had to move it inside, and believe it or not we have the biggest RV. I was straddling the passenger seat and Jim brought in one of our folding chairs. It was quite cozy. From left Mark’s nose and hat brim, Bobbie, Chris, Rose, Jim, Laurelee and Andre. 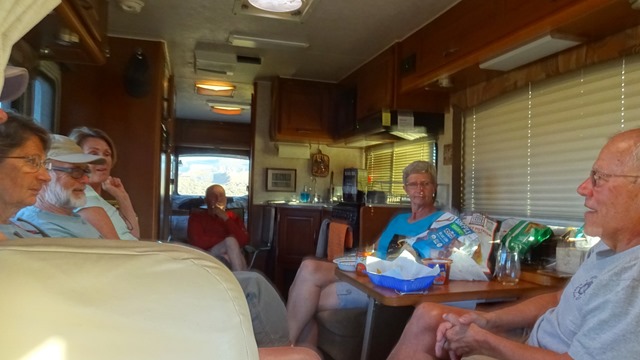 It was a great way to end another fine couple of weeks in one of our favorite places, made even better by the company of good friends.