Plenty To Do Around ABQ

Things are going well with our house and catsitting job in Albuquerque. It's good we are parked in one place for a while as Jim had to have a tooth pulled a couple weeks ago, then about a week later had a corneal abrasion due to his dry eye issues and had to see an ophthalmologist. He's got follow up appointments for both over the next couple weeks. Yes, it is always something.

We are finding lots of things in the area to keep us busy besides the regular neighborhood walks, pickleball, and gym workouts. Looking for a different place to walk, one day we went to the campus of New Mexico University. Not only is it a lovely campus, but there are also several museums that are open to the public. We visited the anthropology museum and two art museums that had some nice works.

A few scenes from around the campus. 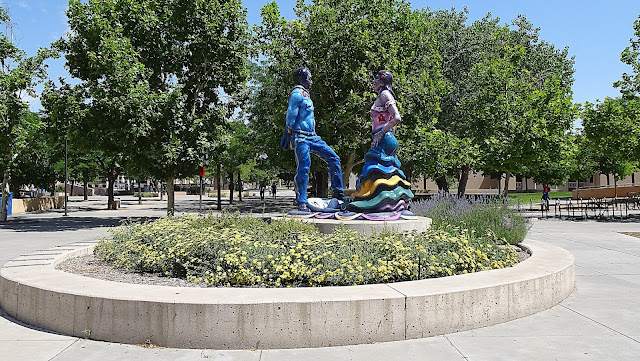 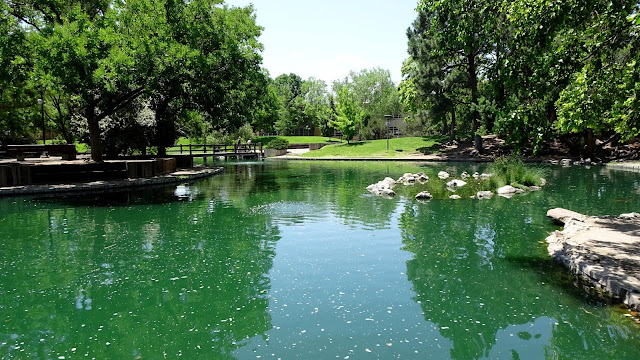 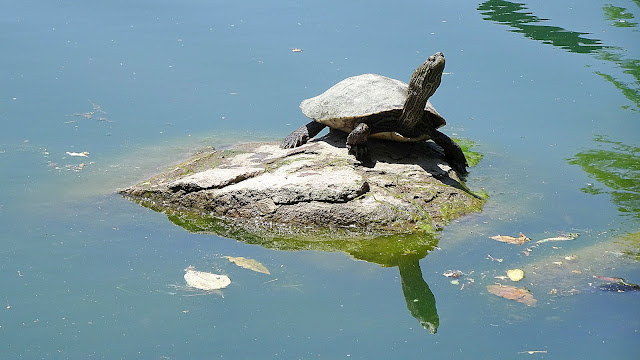 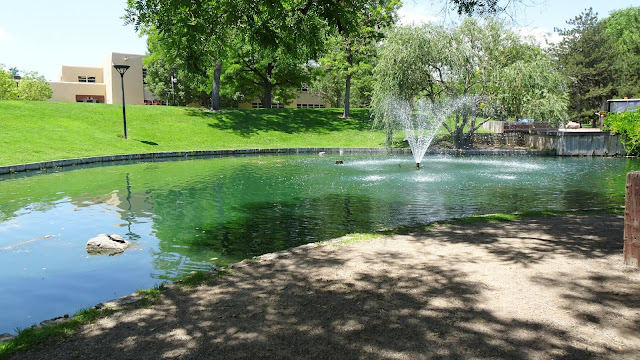 Jim had to take it easy for a few days after his tooth extraction so one day we drove about 45 miles to the east side of the Sandia Mountains to the small towns of Madrid and Los Cerillos, located along the Turquoise Trail National Scenic Byway. Madrid (pronounced with the accent on Mad) is the oldest coal mining region in New Mexico, and Los Cerillos, just a few miles north, is known for its turquoise, gold, silver and lead mining. When the minerals were gone and the mines closed down, most of the residents also left, leaving them ghost towns. 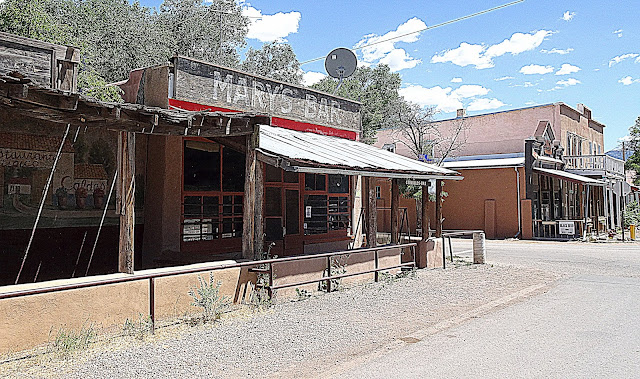 The village of Madrid is a bit more lively since it was revitalized in the 70s first by squatters and then by artists. Although it now consists mostly of galleries and shops, it still retains much of its historic charm. Also, a number of movies have been filmed here. 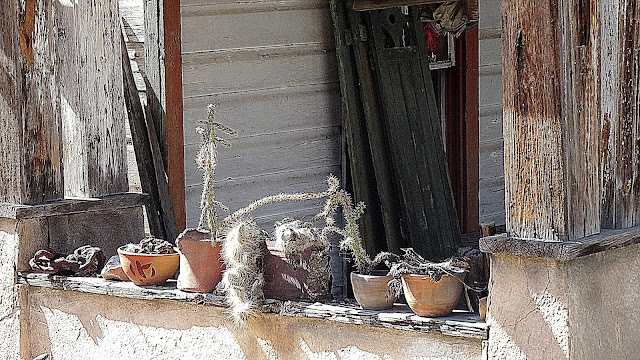 With the temperatures heating up into the mid-90s, yesterday we drove up to Sandia Crest, the highest point in the Sandia Mountains. At 10,600' it was only in the mid-60s, perfect for a hike in the woods.

With dark clouds building in the sky, we decided to hike over to the tram station on the Crest trail, about 2 miles away. 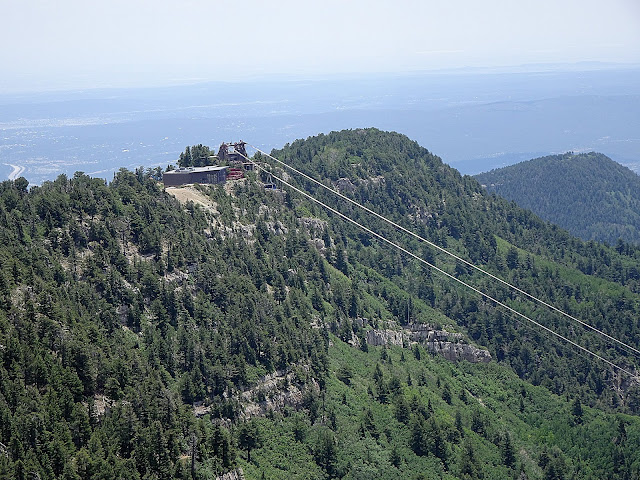 We took a little detour to check out the Kiwanis Cabin, originally built out of wood by the Albuquerque Kiwanis Club in the 1920s. It burned down a couple years later and was replaced by another wooden structure that was destroyed by high winds a few years after that. In the 1930s they asked the Civilian Conservation Corps to build a new cabin, which they did in the summer of 1936, this time out of local limestone, that is still standing. 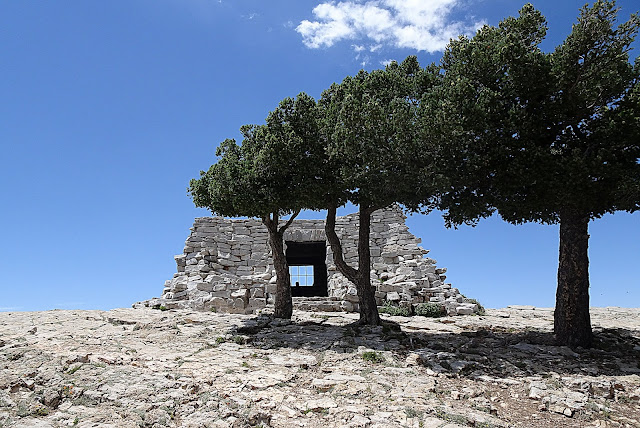 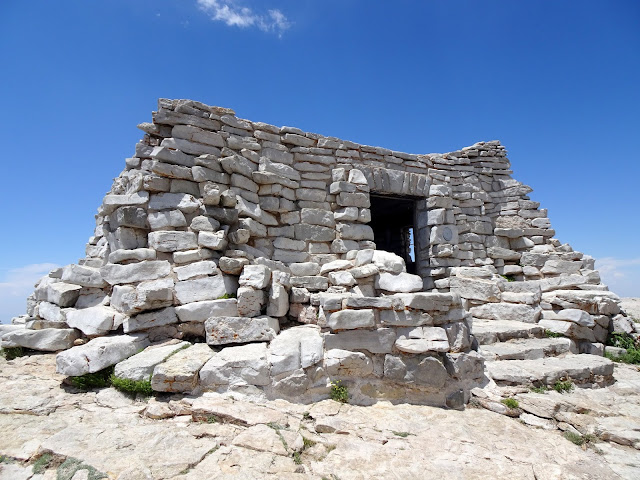 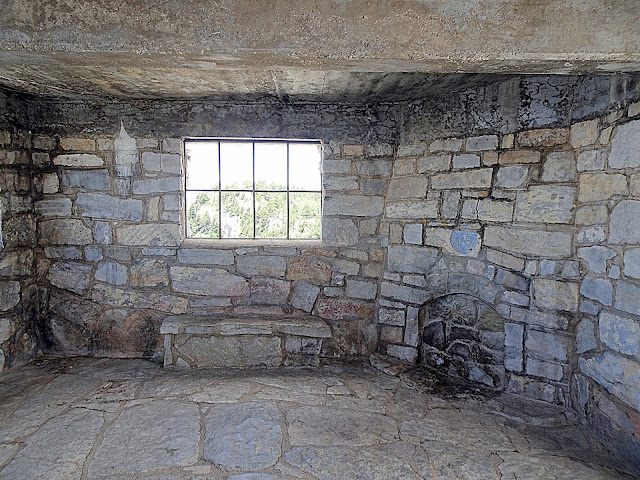 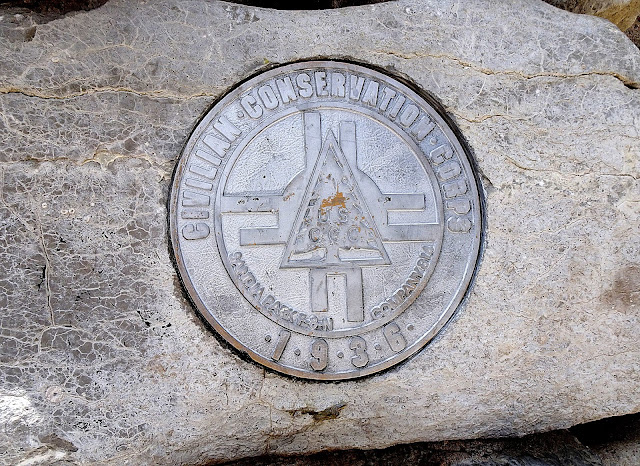 Continuing along the wooded trail the dark cloud over our heads began dropping rain on us. By the time we got to the tram it had turned to sleet, but at least no thunder and lightning. 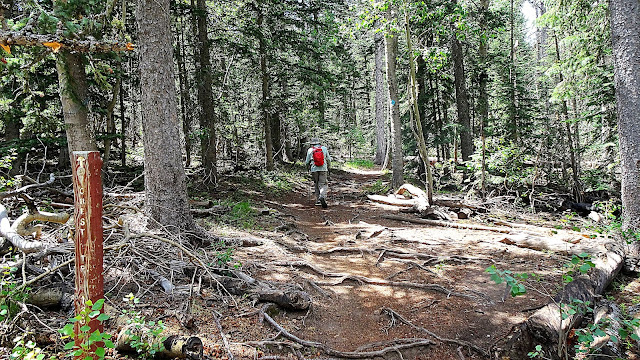 It stopped raining shortly after we got to the tram, so we were able to sit outside on the deck and eat our lunch while watching the tram come and go. 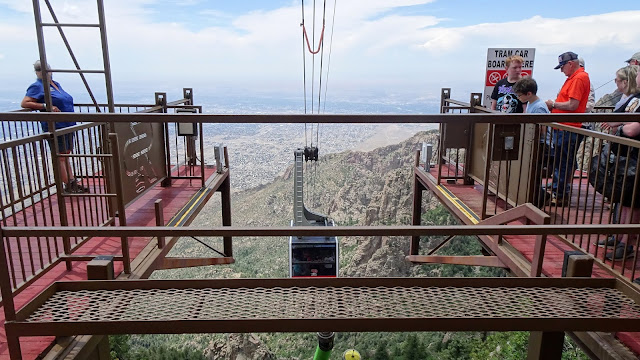 The sky began growing dark again so we quickly hit the trail back to the car. Very loud thunder rolled around us, getting closer by the minute, but we made it back to the car after a fast two miles with most of it uphill, which made our lungs hurt at that elevation. It's really pretty up there so we hope to go back on a clearer day.

And that's about it for now from Albuquerque, where we'll be for another month. The cats are doing well and we love having them around. Here is sweet Keira laying with Jim on the bed while he reads. 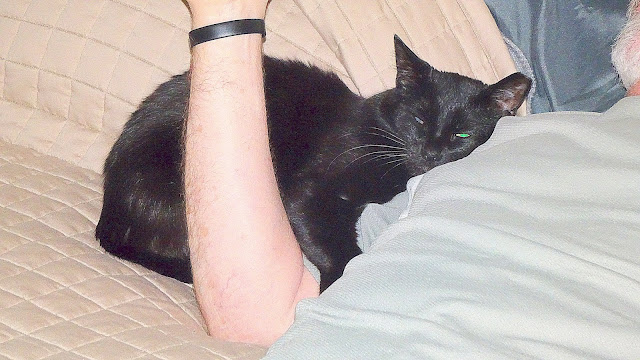