A Visit to Dead Horse Ranch State Park and Sedona, and the End of an Era

The week before last week we took the Lazy Daze a couple hours north to Cottonwood, AZ for a little vacation and some red rock hiking since we didn't go to southern Utah this fall. Plus it was Jim's birthday and I thought we needed to get away for a celebration. We were pleased that everything in the RV worked well after sitting in storage for five months, but it sure did seem small in there. We both marveled that we lived in it for 10.5 years!

We hiked several of the trails in the park and a couple others in Sedona. It was just as beautiful as we remembered from previous visits.

Dead Horse Ranch has three lagoons with trails surrounding them. It's a lovely area to walk. 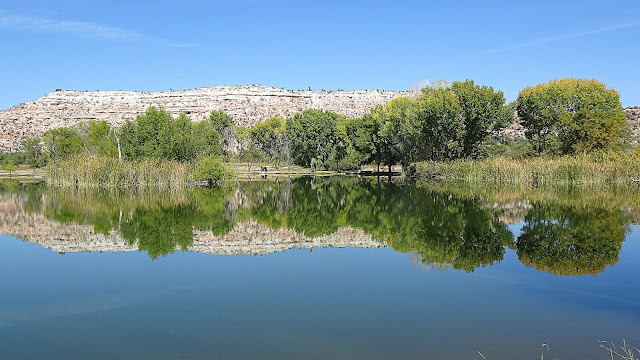 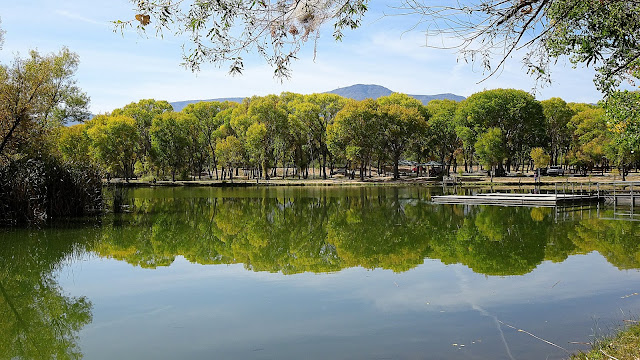 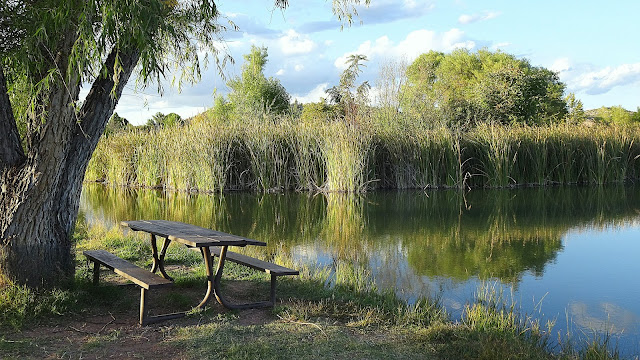 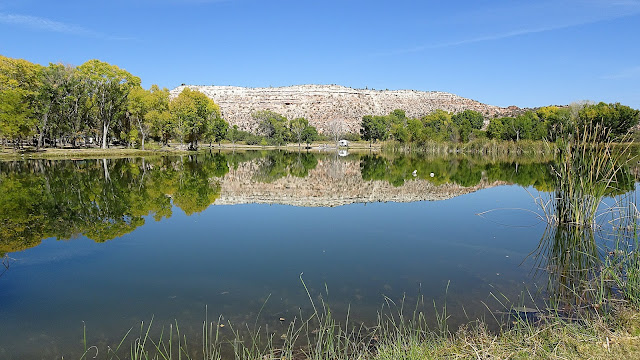 We were about 20 miles from Sedona and found a couple of hikes we had not done before, the first being the Hi Line trail, located between the Village of Oak Creek and Sedona. This is one of many challenging mountain bike trails in the area, so we only saw a few bikers. We would have been pushing our bikes over much of it but it was a fairly easy hike after the initial climb. 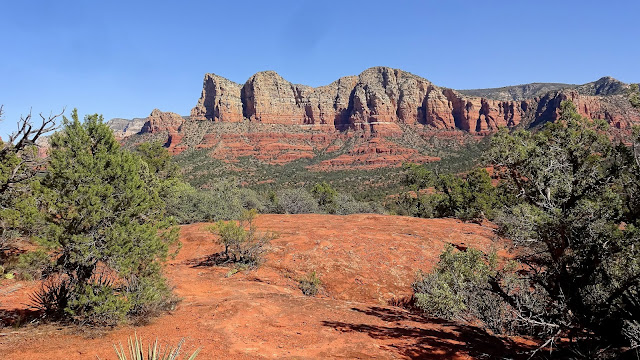 For a good part of the trail we walked and talked with a nice couple from Toronto who were on vacation for a few days in Sedona, then spending the rest of the week in Scottsdale, as they like to visit warm places. It was their first time in Sedona and they were impressed. 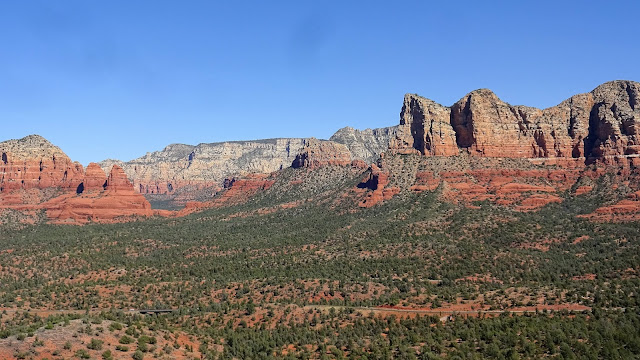 On Jim's birthday we went out to dinner in Cottonwood with an old friend and former coworker of Jim's from his days working with the state of FL in the Department of Corrections. We hadn't seen Frank in at least 15 years and had only once briefly met his wife Barbara. They were on a big RV trip from Tallahasse, where they live, to most of the western national parks. They had been at the Grand Canyon and Cottonwood was sort of on their way as they were heading back home, so they spent a night at Dead Horse Ranch to visit. We had a great dinner and conversation at Colt 804 Grill in Old Town. We were so busy talking I forgot to take photos.

The next day we hiked in west Sedona starting at the Andante trailhead, making a loop with the Sugarloaf Mtn trail, taking a detour to climb to the top of Sugarloaf. It's less than a 400' climb and up to just under 5,000', but it was still fun to climb a "mountain". 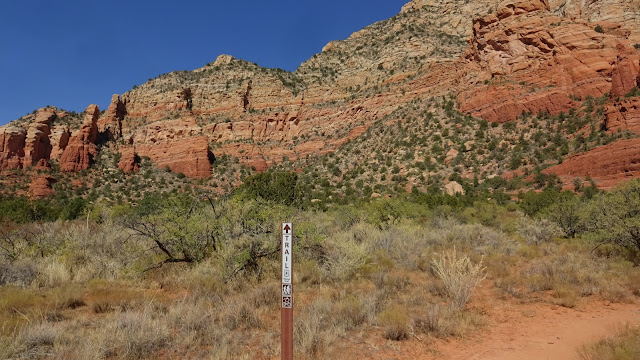 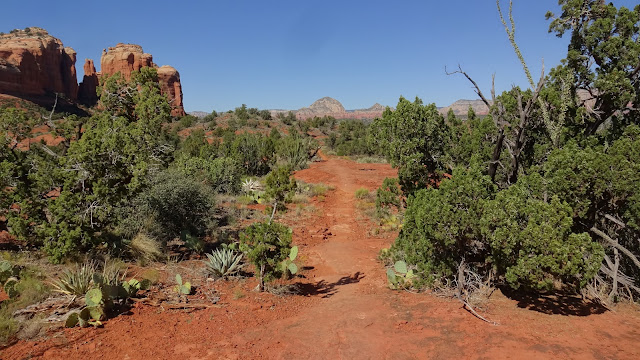 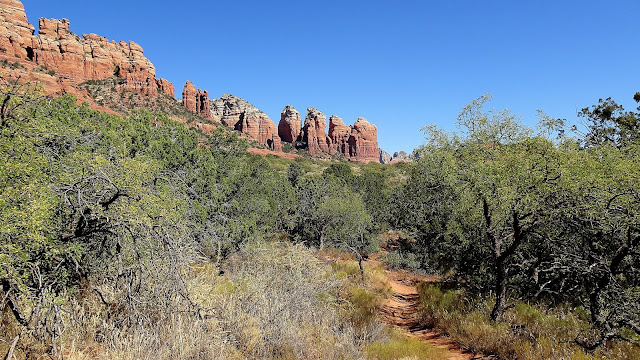 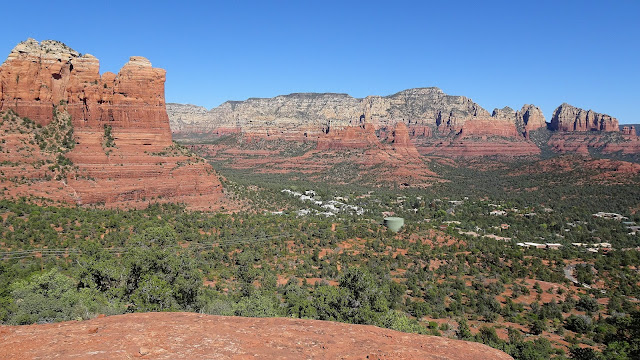 Views of Sedona from the top of Sugarloaf. We only saw a few other people on the trail. 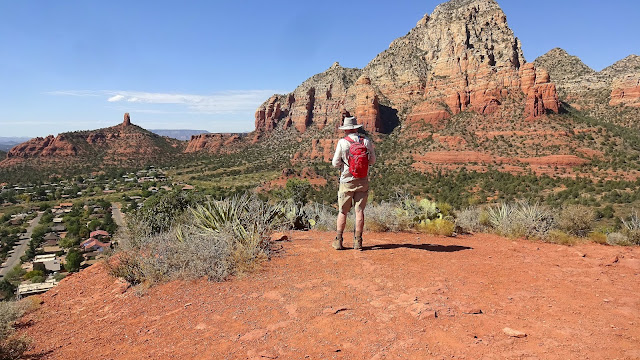 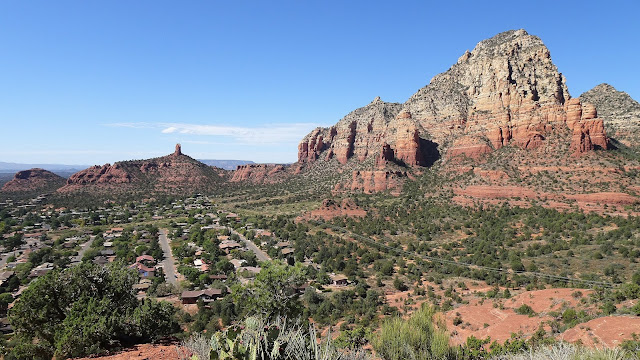 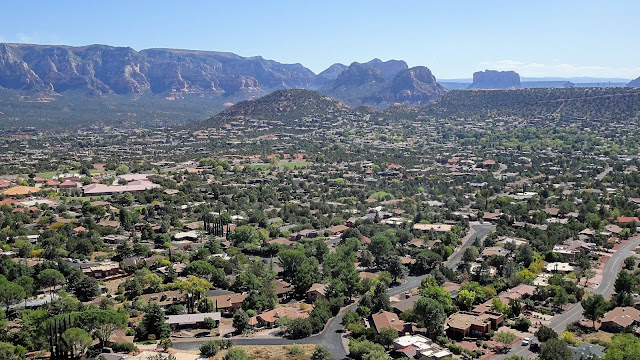 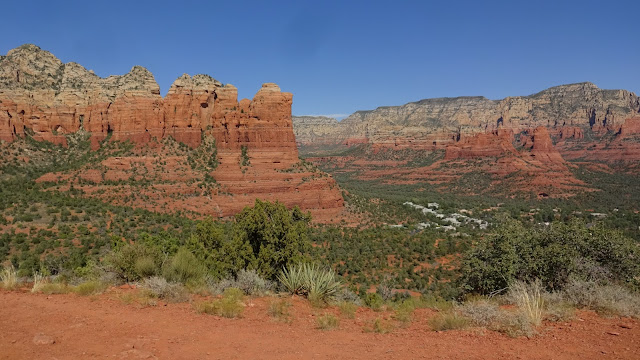 After that we took a drive up into Oak Creek Canyon hoping to see some fall color. Unfortunately, we were too early. It's still a pretty drive, but traffic going through Sedona was awful. 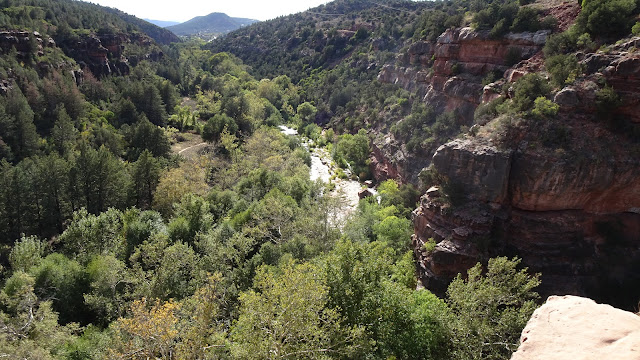 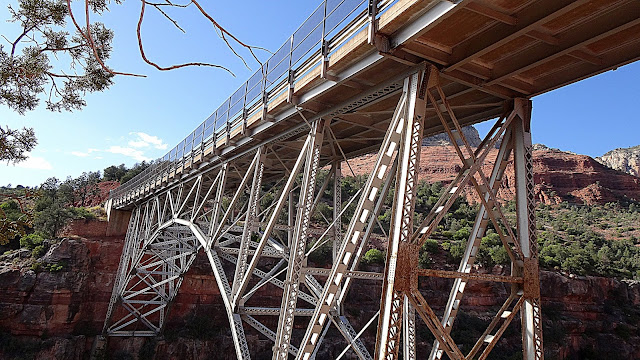 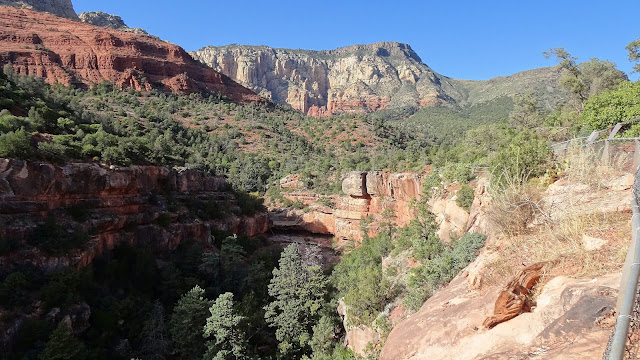 So as strange as it feels to write this, that was our last trip in the Lazy Daze. Some of you may have read Box Canyon Blog's latest post where Mark talks about their new used RV, which will be ours. We just decided that we were done with RVing for now and did not want the hassle of maintaining a vehicle we weren't using much. Mark always said if we sold the Lazy Daze, be sure to let them know, so we did. They will be here tomorrow to pick it up.

It's been a busy week of cleaning out and cleaning up. The Lazy Daze served us well as our home on wheels for over ten years, without a mechanical breakdown or tire blowout in all that time. It took us to places we never would have imagined and allowed us to meet so many people who became good friends over the years. It's been fun and we will miss it, but as Jim said the other day, if we miss it too much, there are many other RVs out there looking for a new home.

If you happen to come to McDowell Mountain or the east Phoenix area over the winter, give us a shout. Fountain Hills is a lovely place to visit. We can even take you across the street to Fearless Kitty Rescue to meet some of our favorites. 😸