The day we left Chicago we headed east to Port Clinton, OH for a one-night stay, with a quick stop at a Best Buy in Granger, IN so Jim could buy a new computer to replace our old Dell that crapped out in Chicago. It was his fastest computer buy ever, as they only had a couple to choose from that had the specs he wanted. This one is an HP and we hope it will last as long as the 7 year old Dell.

We had reservations the following day for the 11:45 Miller Ferry to Middle Bass Island and needed to do some grocery shopping in preparation for five nights on the island. Our Columbus friends Dave and Kim have a summer home on Middle Bass, which we visited back in 2011 when we came east in the Lazy Daze.

The room at Our Inn and Suites was small and old and way too expensive for the condition it was in, but it was right across from the lake and not far from the ferry. Dinner options were very limited so we waited in line 30 minutes for a Subway sandwich, being the only ones in the long line of people wearing masks, and took it out to a nearby park where we sat and ate at a waterfront picnic table.
Then we took a pleasant walk along the waterfront to watch the sunset. 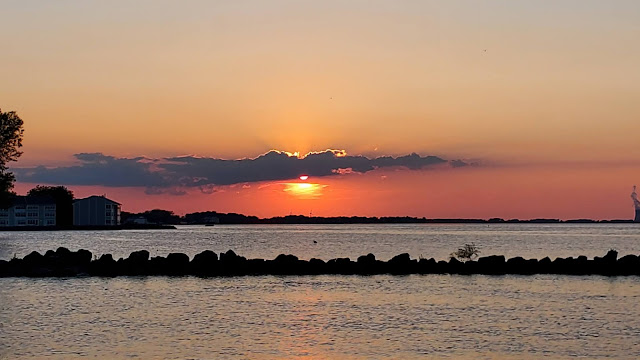 The next morning we picked up some groceries on the way to the ferry, a bittersweet ride since the last time we took this ferry in August of 2011 was the day after we had to euthanize our most favorite cat, Oreo. We still miss that little guy to this day.
Miller Ferry leaves from Catawba Island and goes directly to Middle Bass.

In case you are wondering, the ferry cost is $10.50 per person each way. If you drive your car on it's an additional $25.50 each way, which we did since we had too much stuff to carry. There is free parking if you want to leave your car, which we did the last time since we brought the Lazy Daze on the ferry, which of course costs even more. Oh, and it is a 7 mile, 45 minute trip.
Since we last visited them, Dave and Kim sold their house, which was not on the water, and bought another one that is. We got the guest bedroom on the second floor and could not believe our view. After Chicago this was such a nice change of scenery, and we were awed by the silence after two weeks of constant city sounds.

The beauty of staying here is forced relaxation as there is really not much to do on the island. We walked every day and tooled around on Dave's golf cart a couple times, but spent the rest of the time just talking and hanging out on the screened porch. And enjoying the company of Jake and Ellie who are very sweet teenaged dogs. 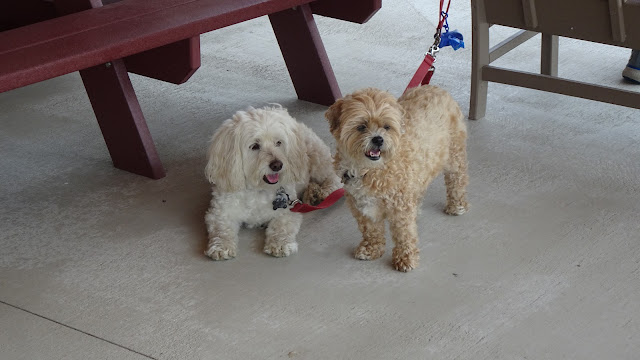 We decided against taking the short ferry to Put-In-Bay like we did in 2011 since it's the tourist and party island, with lots of shops, bars and restaurants, and with Covid numbers rising we thought it best to avoid any more crowds. We had enough of that in Chicago.
Middle Bass Island has a small general store, a couple restaurants and bars, state park, marina, RV park/campground and an airport. What more do you need?
My phone had an adventure one day, as it fell out of my bag on one of Dave's sharp golf cart turns. (I had to blame someone). When I realized it was missing Jim called it and the ferry driver answered and said it was on its way to Put-In-Bay. Someone brought it to the ferry ticket office but the woman working there was going on break so she gave it to the ferry driver. We waited a half hour for its return and all was well. I doubt I will hear the end of it from Jim (and Dave), since I failed to zip the bag closed that I had it in. I am trying to do better now!

If anyone is interested, here is a bit of history of the island. Lonz Winery at Middle Bass Island 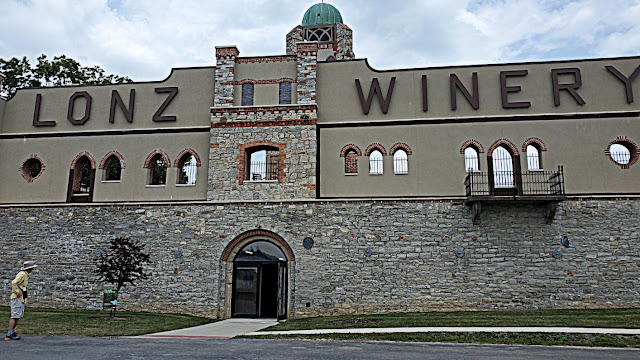 Here are a few more photos from our walks. We especially liked walking past the little airport out to East Point since we always saw many shorebirds along the way in the wetlands. This black crowned night heron was in the same place every time we passed by. 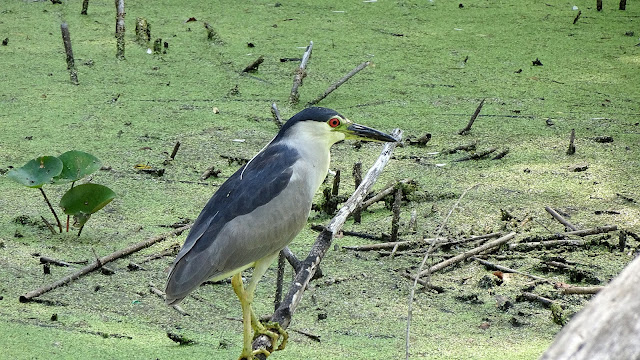 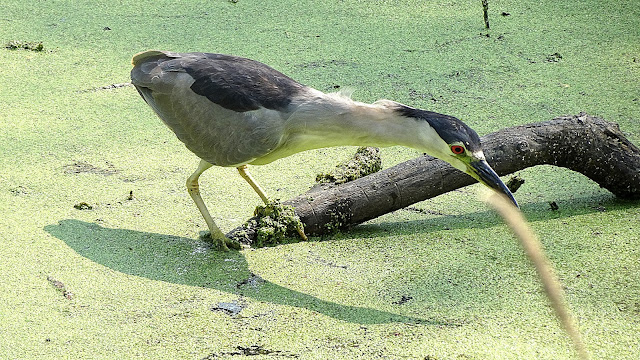 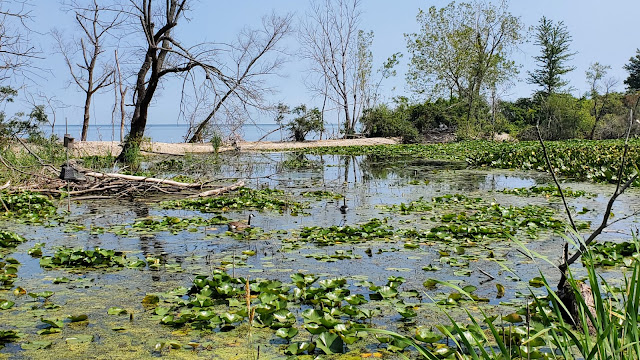 So that wraps up our stay on Middle Bass Island. We told our friends we were giving their Airbnb a 5 star review.😎  Next up, Erie, PA, the easternmost point of our trip. Still near the lake but no views
and plenty of rain and humidity.
Posted by Jim and Gayle at 8:18 AM