The rig didn’t catch fire overnight after Jim’s converter install, so we were very happy this morning. Then I heard this noise coming from the floor near the converter. Jim removed the cover, and determined that the fan blade was hitting something, so he jiggled things around and seemingly got it to stop. It’s always something.

We felt safe enough to leave for a few hours this afternoon to go on a hike. Just a few miles west on the Washington side of the river is Beacon Rock, which we can see from Robins Island, although we took this picture west of the rock. 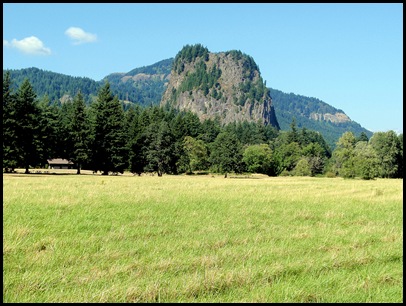 The history of the rock is pretty interesting. It was named by Lewis and Clark in 1805, and is supposedly the second biggest rock after Gibraltar at 848 ft tall. It is the core of an ancient volcano and was purchased in 1913 by Henry Biddle just to build a trail to the top. He asked his heirs to give it to the state, which they did in 1935, and it was made into a state park. The trail has 52 switchbacks but is only a mile long so it isn’t real steep. 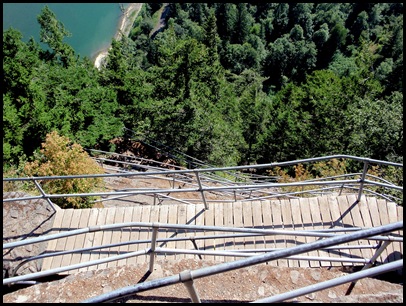 The views were great, as they’ve been on all the trails we’ve hiked around here. 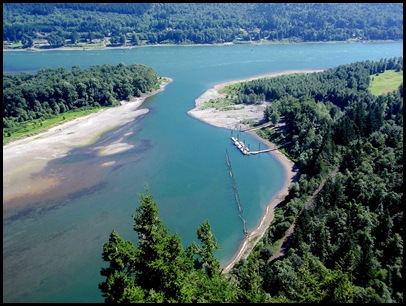 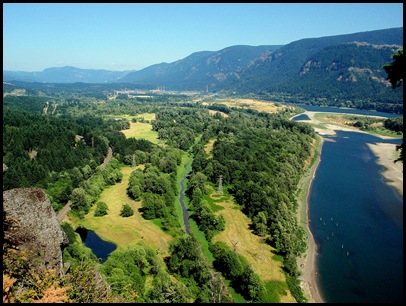 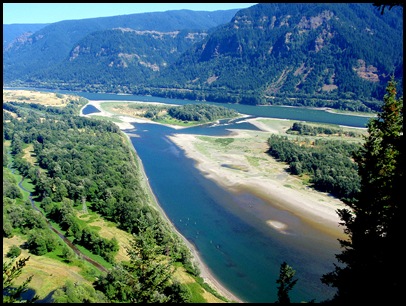 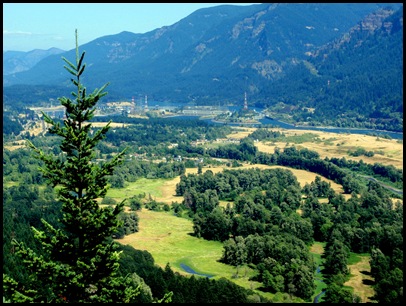 Bonneville Dam is off in the distance but Jim was able to zoom out and get a pretty good shot of the dam and our campground on Robins Island. 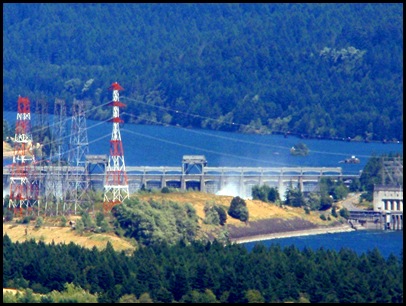 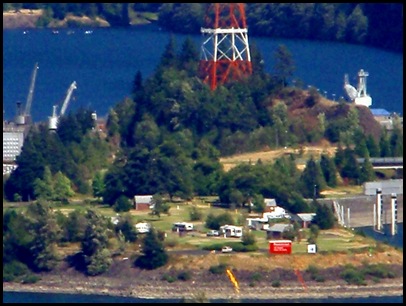 As we were heading back to the island, we couldn’t resist getting another picture of the spillway. Rushing water is so mesmerizing! 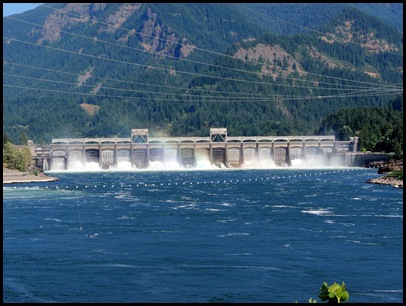