Well, it hasn’t been a quiet two weeks here in Custer, SD. First let me say that I really like cars and motorcycles. Love to look at them, admire the chrome and paint jobs. Even owned a motorcycle long before I met Gayle.

Having said that, I am hoping that there is a special place in hell for the idiots that have felt compelled to take their “hawgs” and make them loud enough to cause a brain hemorrhage.

You see, the big annual Sturgis, SD. freakathon is starting August 9 and they have been rolling in from all over the country for the entire time we have been in the area. Even if you can’t see them you can hear them.

We visited Hill City, SD again yesterday afternoon and this is what the main street looked like. 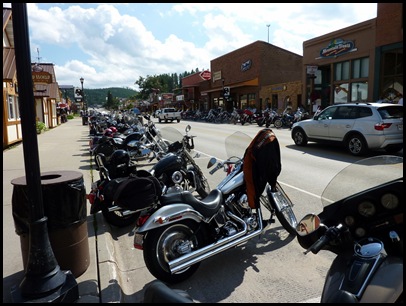 We sat on a bench, had an ice cream and went deaf. If God had intended for these things to be that loud wouldn’t he have made them that way? On the plus side, crime has gone down elsewhere in the country, fewer people are cheated by attorneys and doctors are committing less malpractice since all of em are here on their bikes.

A guy camped in the park we were in last night and he had a pirate flag on his bike and he wore an eye patch.

Anyway here are some photos of the nice looking bikes. 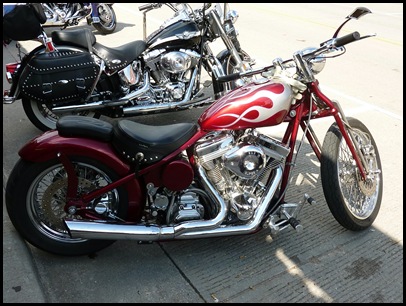 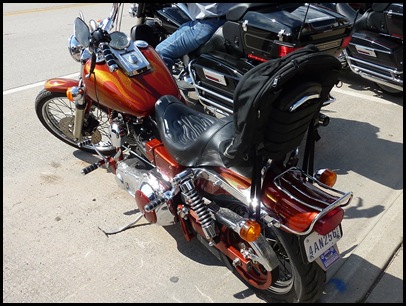 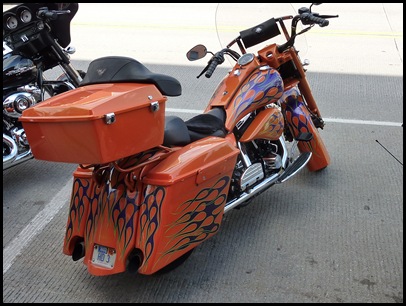 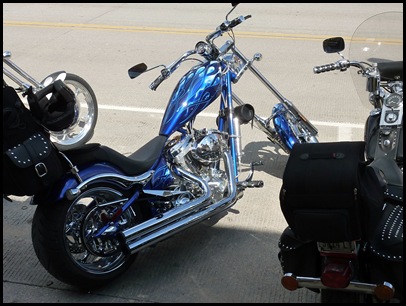 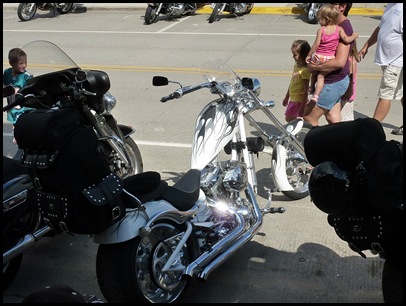 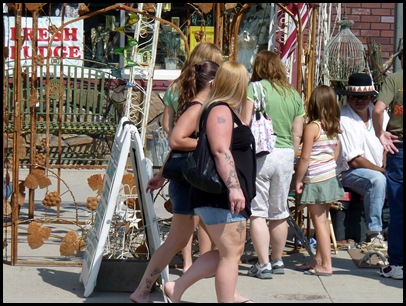