There are a bunch of people with recumbent trikes spending the winter at Bentsen Palm Village. They got together late this afternoon to do their own version of Mardi Gras, complete with decorated bikes and throwing of beads and candy. They appeared to be having a great time. 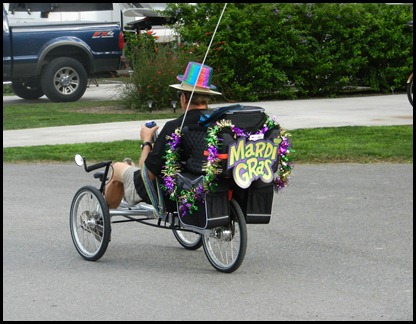 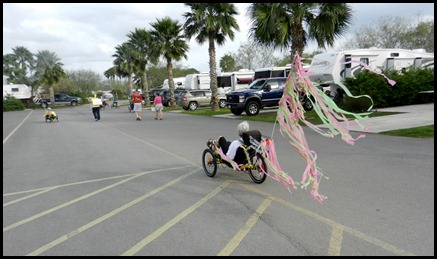 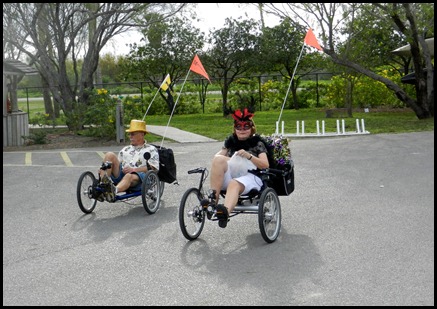 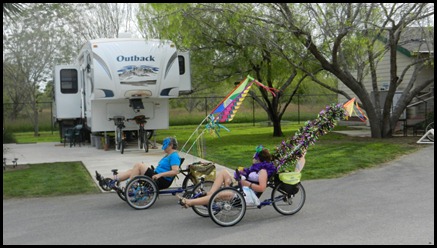 We made another trip to Mexico this morning for my root canal. Dr. Pablo said the root was full of decay (which he showed me, not pretty) and had probably taken a couple years to get that way. Guess that’s what caused the toothache I had in South Dakota in the summer of 2010. I saw a dentist then but he didn’t see anything going on, thought I was grinding my teeth and night, and the pain mysteriously disappeared a couple days after I saw him.

I’ve had quite a few root canals over the years, and have always had lots of pain for at least a couple days after so I really wasn’t looking forward to this. Luckily, I had absolutely no discomfort from the procedure, and so far other than a little irritation where he injected the anesthetic, no pain the rest of day. I do have to go back on Thursday, as he filled it with something to help get rid of the infection, and is also having me take antibiotics and an anti-inflammatory. I’m really glad I went ahead and had this taken care of while we’re here, as I was almost certainly looking at an abscessed tooth in the near future.

Jim brought Don and Dorothy to Cinderella yesterday to walk dogs while I was tending to the cats. They don’t have any pets of their own right now but have had cats and dogs in the past and need a fix every now and then. After some dog whispering, they came in to visit with the cats for awhile. Don was still holding onto a leash (no dog attached), and he had quite a curious audience. 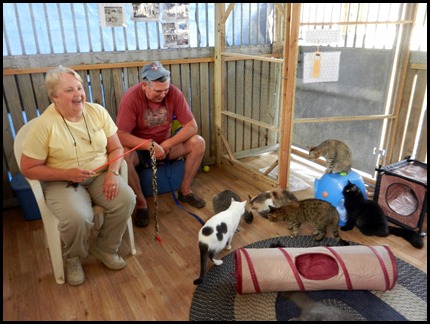 I took lots of pictures yesterday, this being my favorite. I just love those cats! 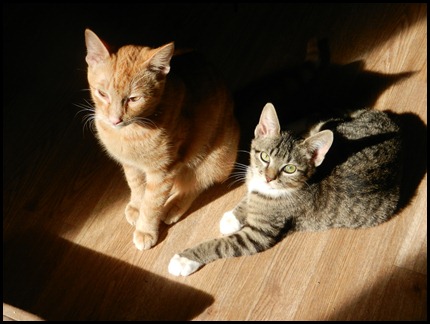