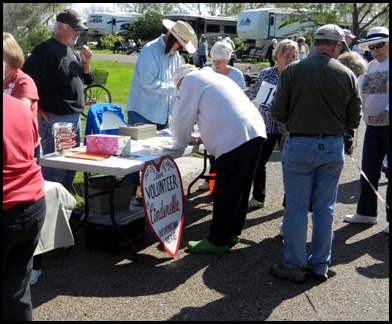 After 6 days of clouds and off and on rain, it turned out to be a beautiful morning for the Bentsen Palm Village annual Valentine’s Pet Parade. All proceeds go to Cinderella Pet Rescue in Mission, so of course we volunteered to help. 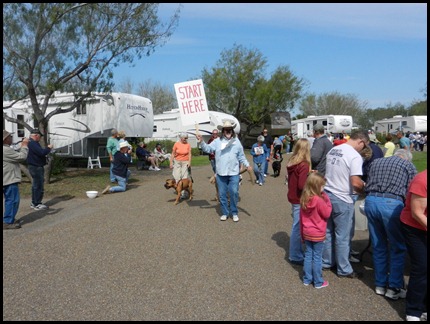 It was a dollar to enter your pet, and a dollar to place a vote. Jim and I were in charge of selling homemade baked goods, and we took in over $100. There were also hot dogs, chips and drinks, plus homemade doggie treats. This was the first year they sold hot dogs and decided 80 would be plenty, but judging by how quickly they sold out, we could have used quite a few more.

After registration, all the pets paraded around the clubhouse circle twice, so people could get a good look and place their votes. Dogs came in all shapes and sizes and all kinds of costumes. 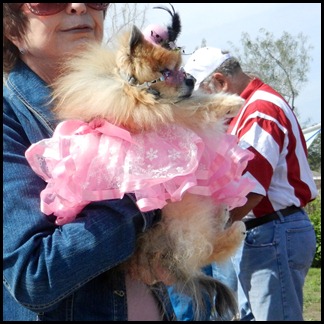 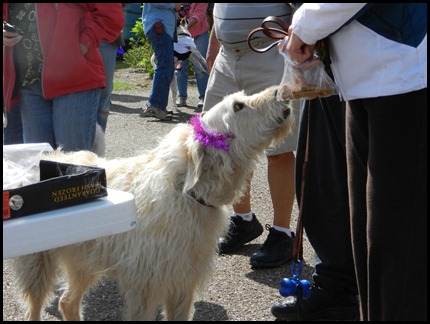 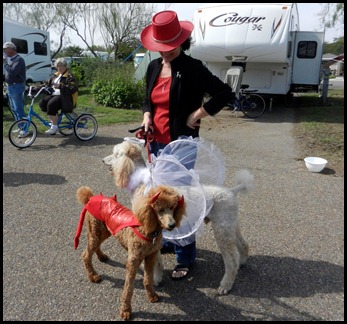 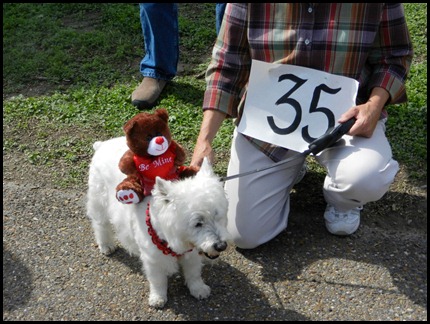 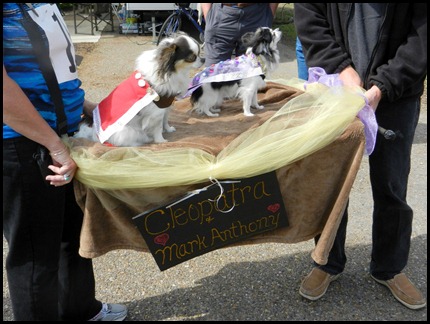 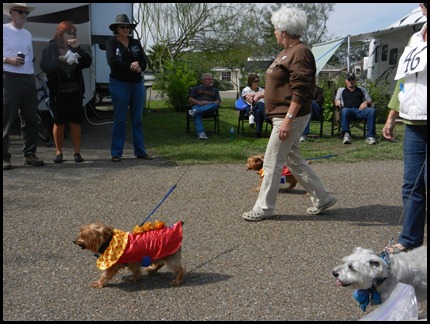 These two birds were the only non-canines in the parade. 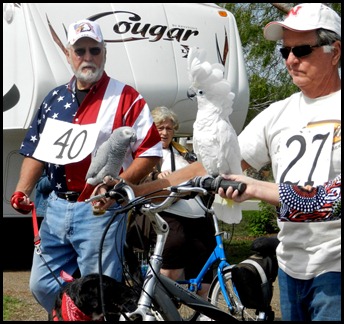 I thought this guy was pretty spiffy. 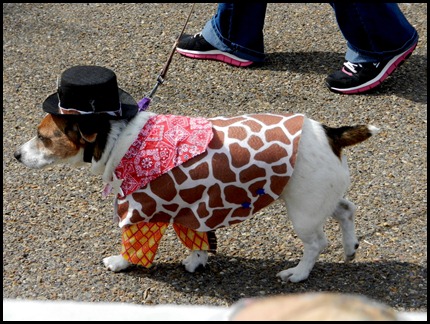 But the winner was…. 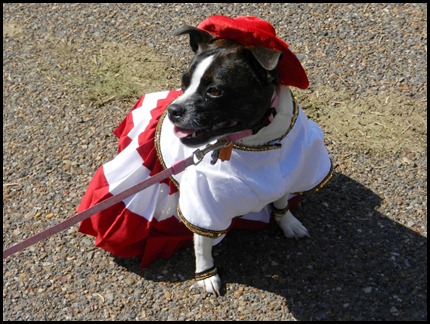 Do you think she was embarrassed to have to dress up like this? 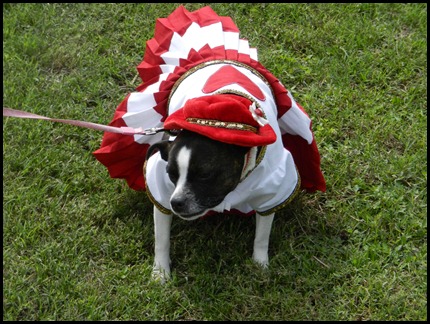 It was fun and for a good cause. We haven’t heard yet how much money was raised, but Cinderella can sure use the help.

On a less pleasant note, I took Quincy to the vet Wednesday for blood work to see how his kidney disease is progressing. Luckily at a much slower rate than Oreo did, but his numbers are gradually getting worse. Also his potassium is low so he now has to take a supplement for that. At least it’s something that can be put in his food so we don’t have to pill him. We sure hate it for the little guy but at least he’s eating well and seems to be feeling good, still jumping up to places he shouldn’t be! 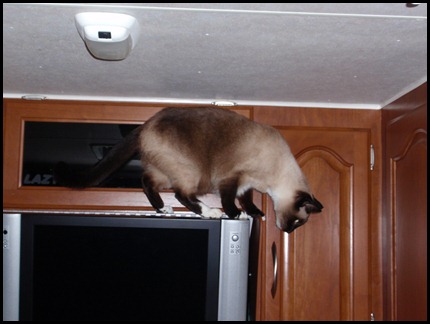 And on a totally unrelated note, we’ve been back to the state park several times looking for the bobcat, but yesterday spotted two coyotes near the same place. They were much more skittish of us being close by and quickly ran off.

We also saw a woman who looked like a serious birder looking at something in this tree through her binoculars. 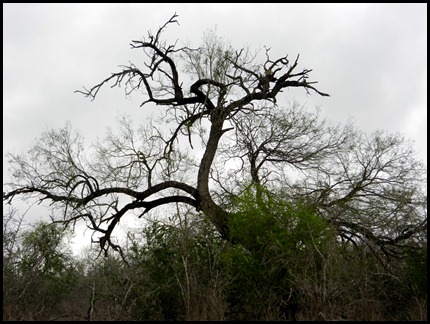 Since we couldn’t see anything we asked her what she was looking at. She laughed and said it wasn’t a bird, but a rather interesting clump of prickly pear cactus that was growing on a branch in the top of the tree. Don’t you just love nature? 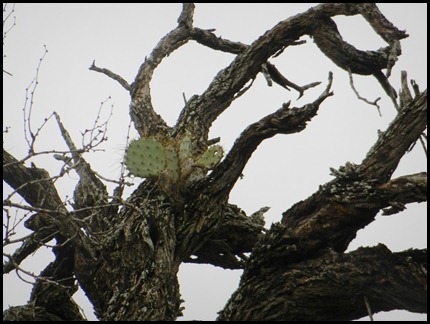