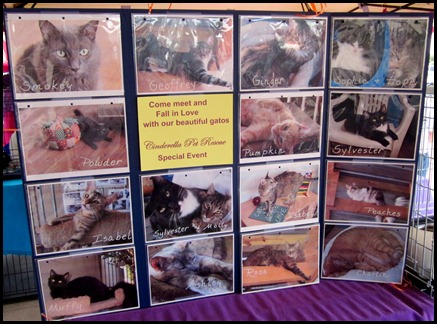 We arrived at Cinderella Pet Rescue at 8:45 Saturday morning to pick up the cats we were transporting to Petsmart for the big cat adoption event. It was not an easy task trying to identify and catch the eight from the back cat room that we were to take. Pretty Peaches was hiding out in a covered cat condo along with 3 others, including feral Ozzie, who detests people and will hiss, bite and scratch to keep us away.

We couldn’t believe they all managed to fit inside that tiny space. I opened a can of stinky cat food trying to entice them out, but they were smarter than that. Deb, one of the other volunteers, finally got a broom and held back Ozzie with the handle while she got her other hand in to grab Peaches. It wasn’t pretty, but we finally got them all in carriers and loaded in the car. On Jim’s second trip to pick up a couple more carriers he found that Rosa, one of our favorites, had somehow managed to escape from her carrier and was walking around in the back of the car. At least she didn’t jump out, since he had left the hatch open. We knew it was going to be a long day at that point!

You can imagine it was a very vocal group of kitties on our 11 mile drive to Petsmart. When we arrived the other volunteers were in the process of setting up the pens, so we helped them put litter boxes, blankets, and water bowls in each one before we got the cats out of the car and into the proper cage. Each cage had a “CATFAX” sheet with a picture and information about their history. 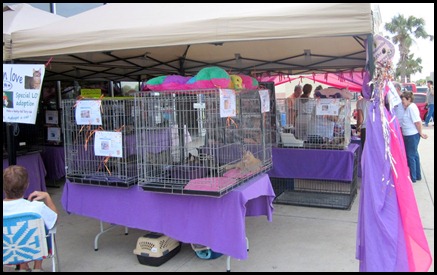 Normally the fee is $80 to adopt a cat, which have all been spayed or neutered, tested to be sure they are feline leukemia negative, and up to date on all their shots. For Saturday only the fee was $25, in an attempt to thin out the large number of cats at the shelter.

The day was fairly successful, as seven cats of the nineteen were adopted. We must admit it was harder than we thought to see some of our favorites being taken away by strangers, especially so soon after losing Quincy.

These are the lucky ones who found new homes. 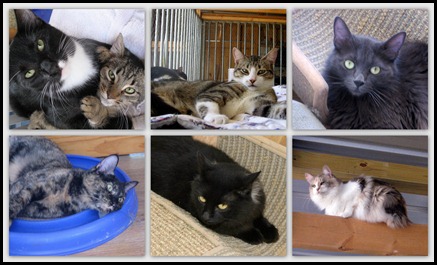 This was the first time Cinderella did a big cats-only adoption, and the volunteers put in a lot of hard work to pull it off. They did a great job!

Yesterday Jim and Debbie went to the dentist in Mexico while I went to Cinderella to take care of the remaining cats. It was sad not seeing Muffy, Sylvester, and Pedro, three of my favorites, but I now have a couple of new ones tugging at my heartstrings, Lazarus and Geoffrey. 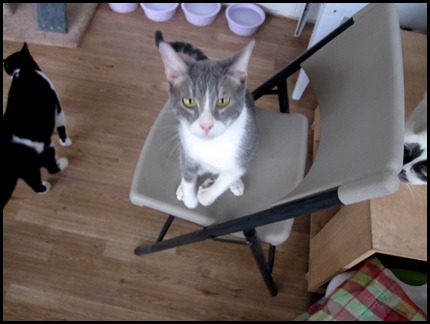 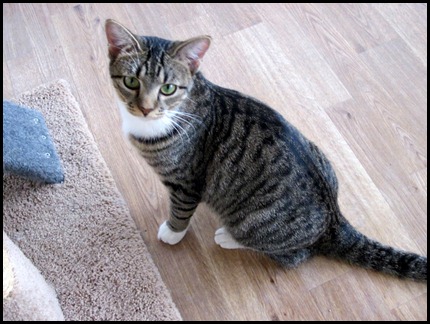 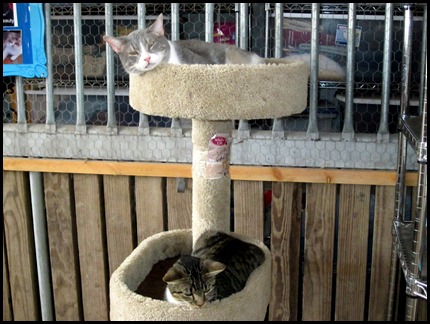 Wonder which ones we will fall in love with next week? It will be a miracle if we leave here next spring without a cat!