We spent Friday at South Padre Island with the Welcome Home Rio Grande Valley RV activity directors boot camp group. 2 people from each park could attend, and since the other activities people have dogs and didn’t want to be gone all day, we figured it was a good excuse to visit South Padre. It’s close to a 90 mile drive from here, so we left at 8 to register and get to the Birding Center for the 10:30 guided tour. 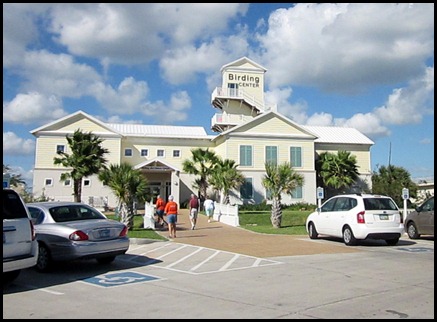 The South Padre Island Birding and Nature Center is a 3 year old non-profit organization designed for education and wildlife viewing. The building itself is quite impressive, with a 5 story viewing tower, an auditorium where we watched a short film about the wildlife on the island, and 3/4 mile of boardwalk over the wetlands of the Laguna Madre Bay.

Displays in the visitor center. 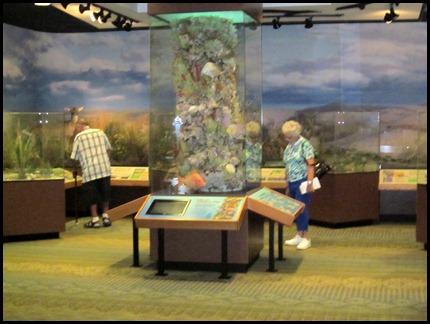 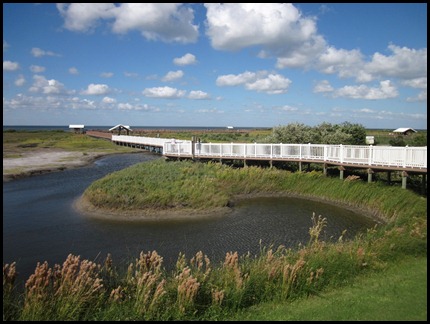 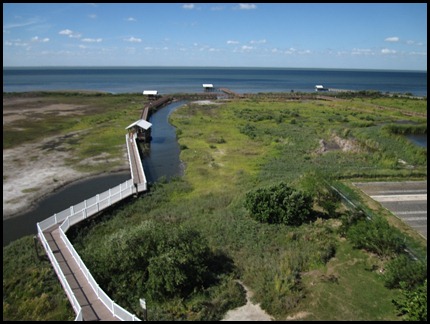 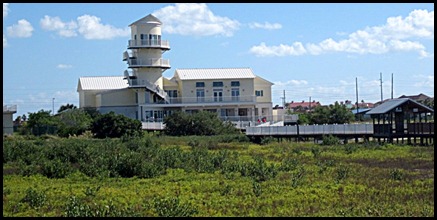 Of course the main reason people go is for the birds. There are also 4 resident alligators, which refused to show themselves to our group.

We saw our first reddish egret. 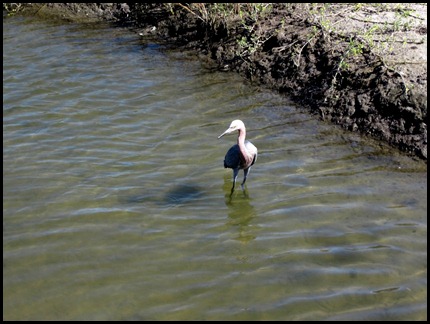 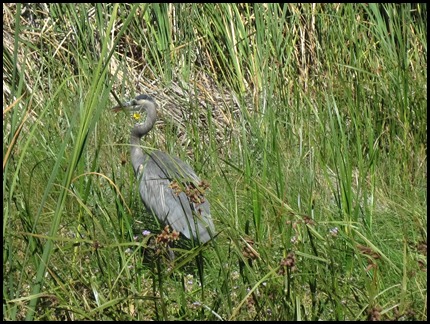 Lots of brown and white pelicans. 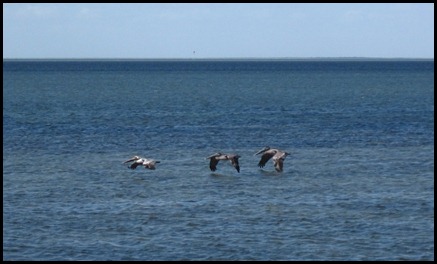 And a roseate spoonbill, only the second one we’ve ever seen. It’s that pink bird in the middle. As you can see our high zoom camera is still in the shop. 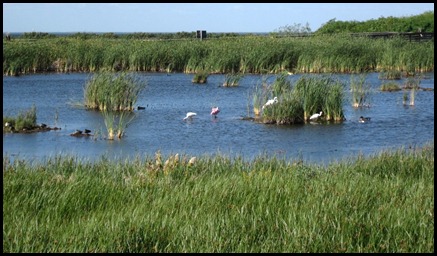 From there we had time for a quick lunch before our Dolphin Watch/Eco-Tour at Breakaway Tours. 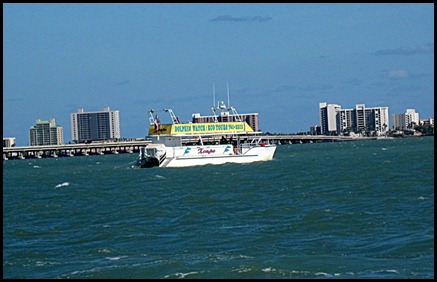 The 2.5 mile bridge to South Padre. 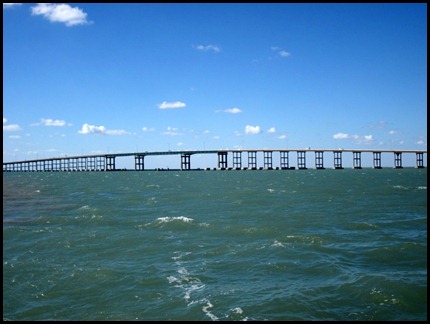 It was opened in 1974, and on September 15, 2001 was hit by a barge which caused the center to collapse, causing 5 vehicles to plunge into the bay. 8 people, including the Port Isabel fire marshal, were killed. Only 3 survived. Happening just  a few days after September 11, it was initially thought to be a terrorist attack.

Having lived close to Pensacola Beach for so many years, we’ve seen our share of dolphins, but it’s always fun watching them swim and play in the water. 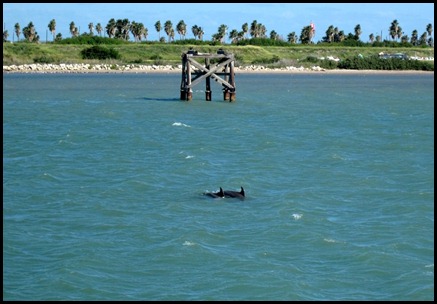 Soon after we headed out, one of the deckhands threw out a large net that dragged behind the boat. After about 45 minutes they pulled it in and put the contents into a large cooler filled with bay water. Most of the fish appeared dead but he said they were just stunned and would be released after the presentation. I guess that is the “eco” part of the cruise, but it wasn’t something we had any interest in. Just seemed cruel to us.

After the cruise, the group went to Louie’s Back Porch for a free fried seafood dinner and live music. We passed and made our way back to Mission. South Padre is your typical beach resort with lots of high rises and souvenir shops, but it has plenty to offer in the way of nature with the Birding Center, Sea Turtle, Inc (unfortunately we didn’t have time to go there), water sports and miles of national seashore just north of town. We’re glad we had the opportunity to go, but it’s not a place we’ll be returning to any time soon.