Another Day of RV Shopping 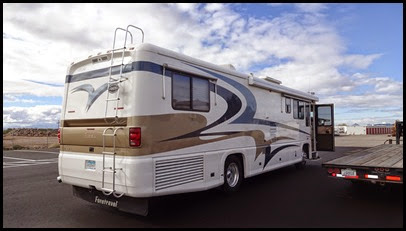 Yesterday we took a long day trip to Tucson to check out a used Foretravel, probably the only class A diesel pusher we would want. Foretravel is to class As as Lazy Daze is to class Cs, one of the highest rated in the RV industry. New Foretravels are well out of our price range, from several hundred thousand dollars to well over $1 million! This is why we went to look at a 2002 U270 in Tucson even though it has 158,000 miles on it. Also it is “only” 36’, just 5’ longer than our Lazy Daze but with one slide, which made it feel so much more spacious. 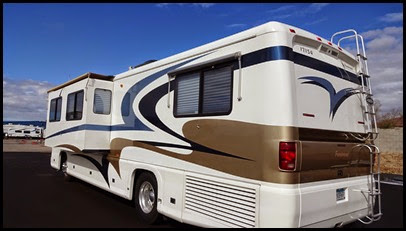 We both drove it, our first time driving anything other than the Lazy Daze, and I must say it was not as intimidating as I thought it might be, something we could adjust to with more experience. 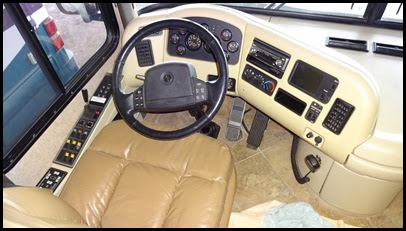 Jim getting a driving lesson from the owner. 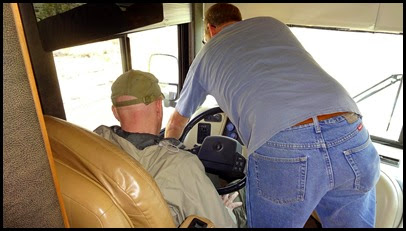 Most of the interior has been upgraded, including all of the floors, furniture, TVs, refrigerator, and window treatments. It is all very simple and tasteful, just to our liking. None of the fancy lights, bells and whistles like you see in some of the so called luxury RVs. 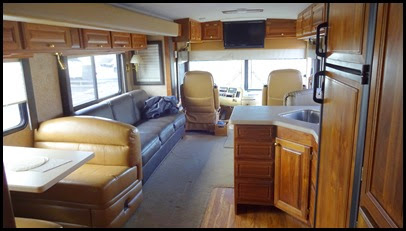 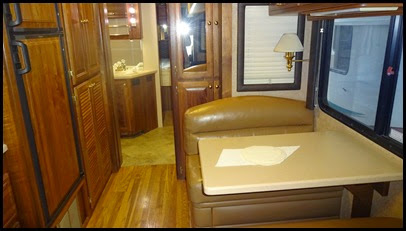 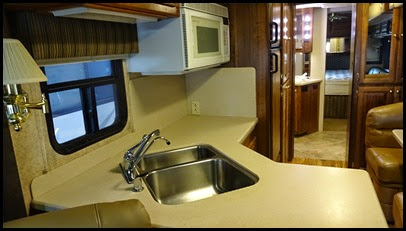 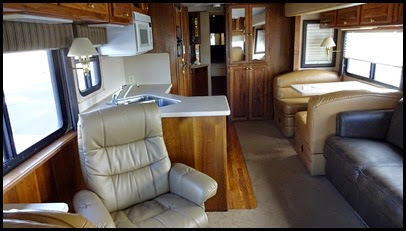 Could we see ourselves living in it? Oh, yeah! But will we? Probably not. The owner took out a binder with all the work he’s had done and we were astonished by the cost of repairs and maintenance. He recently replaced tires, radiator, muffler and tailpipe, among other things. Some of the receipts he showed us were for things like new awnings on all the windows, but others for problems he’s had gave us pause. And not so much just for how much it costs to maintain, but also the inconvenience of having to take it in for service. Our Lazy Daze is a gas engine Ford E450, basically just a truck, and quite simple compared to a Cummins ISL 400 diesel engine with 6 speed Allison transmission and brake retarder, along with many other systems we aren’t familiar with but I’m sure we would learn about along the way.

So since we are most likely keeping the Lazy Daze, now I want to finish the upgrades to our current home, like replacing the carpet with vinyl or something easier to clean, installing a new kitchen faucet, and a few other odds and ends that need to be done. If anyone has a recommendation for a place to have our flooring replaced in the southwest, please let us know. Although it would save quite a bit of money, it’s just not a job we want to tackle ourselves.