We left Quartzsite late yesterday morning after twelve days of being parked with the Lazy Daze group. We had a really good time but were ready to get away from the dust and road noise. It rained all day Monday so I did laundry while Jim went to pick up a couple things from the post office. They only allow general delivery pick-up between 11 and 1, and he said there were about twenty people in line in front of him.

On Tuesday Laurelee, Libby and Debbie joined us for one last hike, this time off Plomosa Road between Q and Bouse. There are remains of an old cabin somewhere around but we didn’t come across them. It was a nice hike on trails and ATV roads with lots of ups and downs and felt good to do something a little more strenuous for a change. 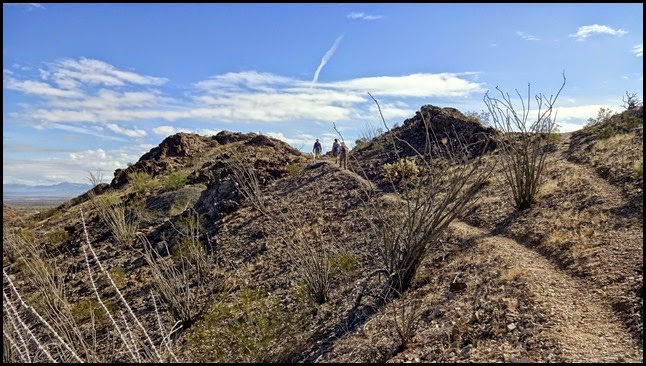 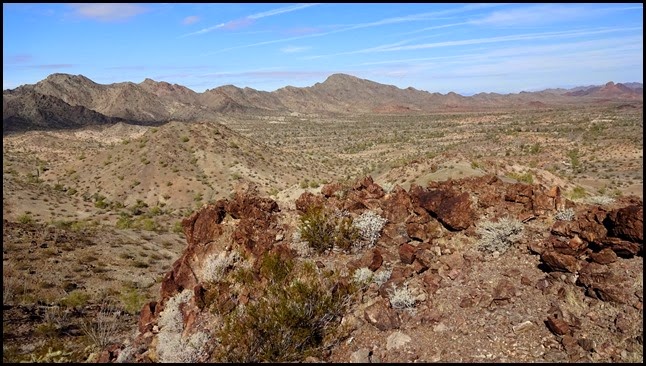 Laurelee, Libby and Jim at the top. I bought the same hat in the Big Tent after admiring Laurelee’s. The Australian sales guy is quite persuasive! Besides, I really like the hat. 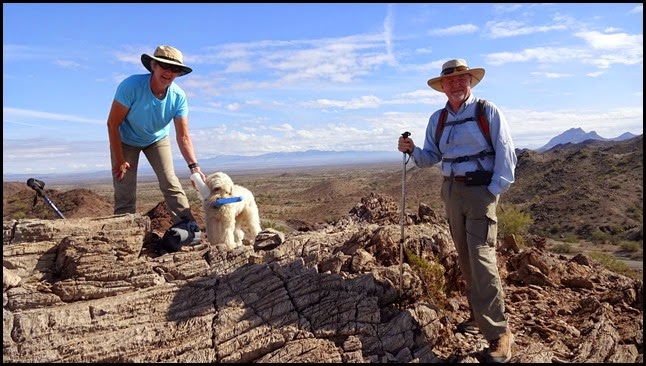 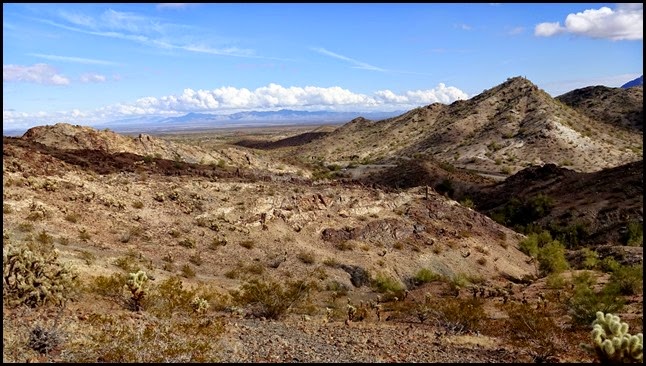 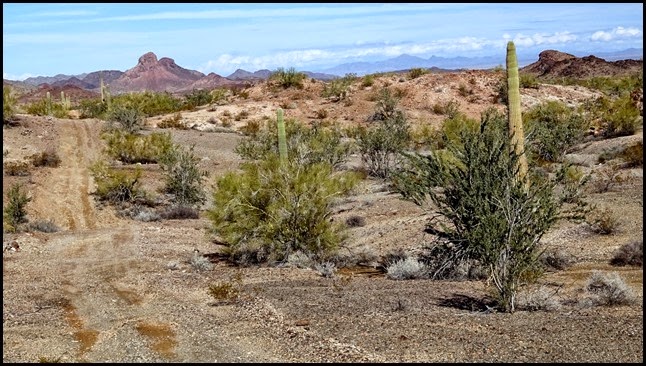 A strange thing to run across in the desert. 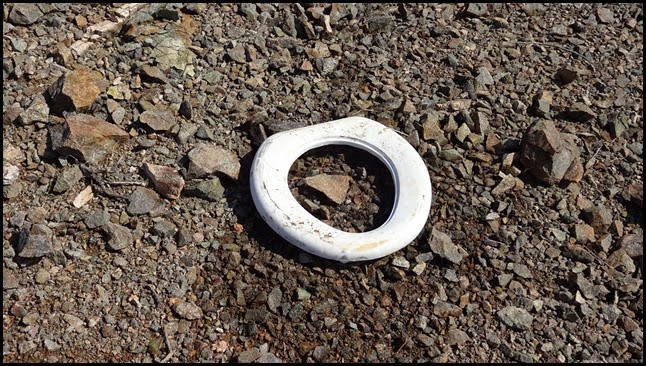 We are now at White Tank Mountain Regional Park, another Maricopa county park near Waddell, about 25 miles northwest of Phoenix. It’s a beautiful park but the campsites are a little too close together for our liking. Water and electric at all the sites for $30/night. And they have a new dump station at the campground entrance.

The lovely Sonoran desert and mountains behind our site. 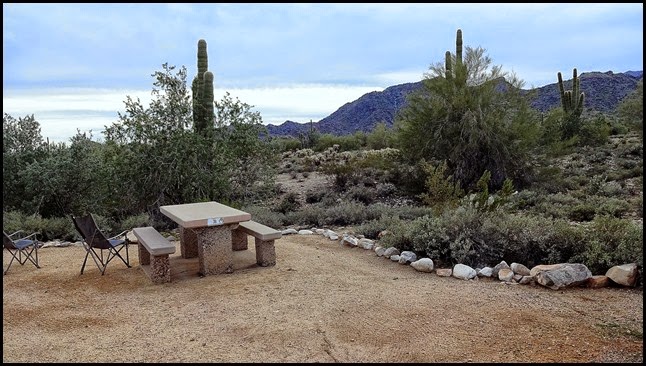 After getting set up we pieced together parts of several trails and hiked from the campground to the Waterfall Trail. We thought there might be water with the recent rain, and we found a little in the tank at the end of the trail.

White tank, where the park obviously gets its name. 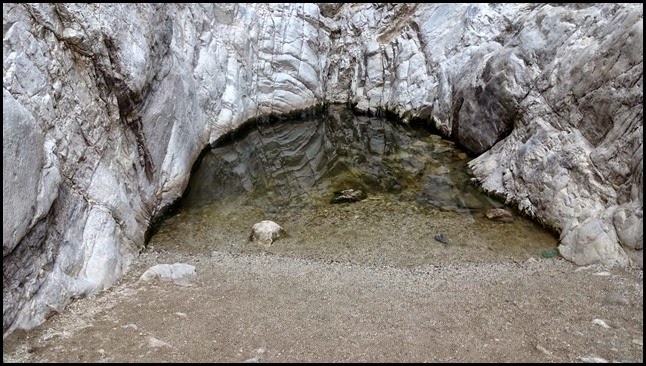 Apparently the waterfall is only there when it is actually raining or shortly after it stops. 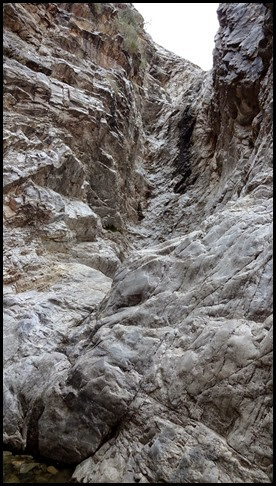 We also got to see some Hohokam petroglyphs along the trail. 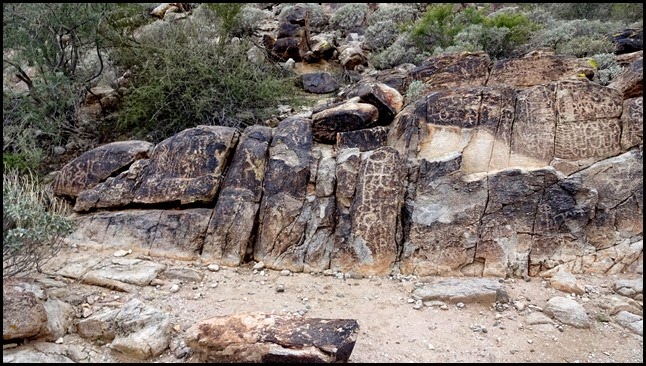 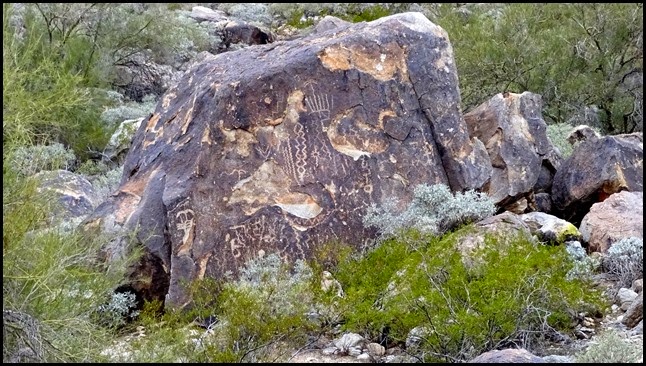 This is some rugged country. 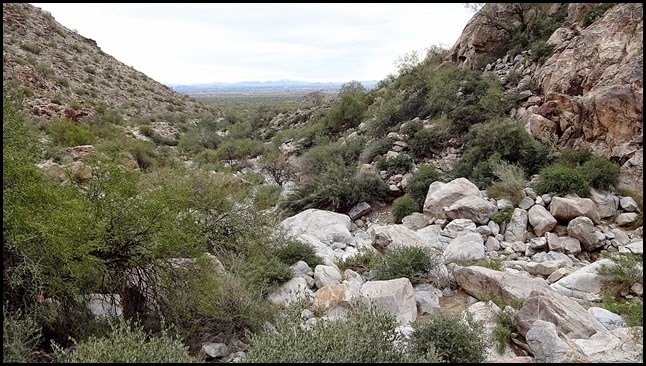 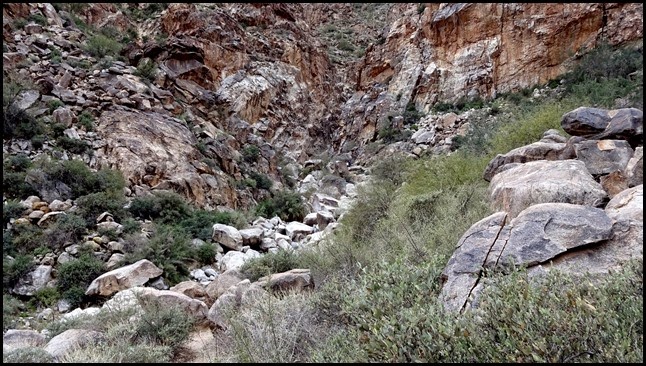 Sure looked like a footprint to us. We ended up hiking 5.6 miles and just barely got back before dark. Can’t wait for the days to get longer. 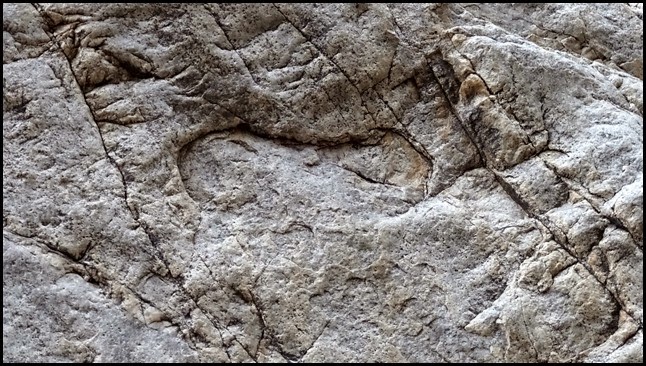 We have a little shopping to do in the area and Jim has another Mayo Clinic appointment tomorrow. Then we plan to get out of town before Super Bowl weekend.