Odds and Ends from Quartzsite 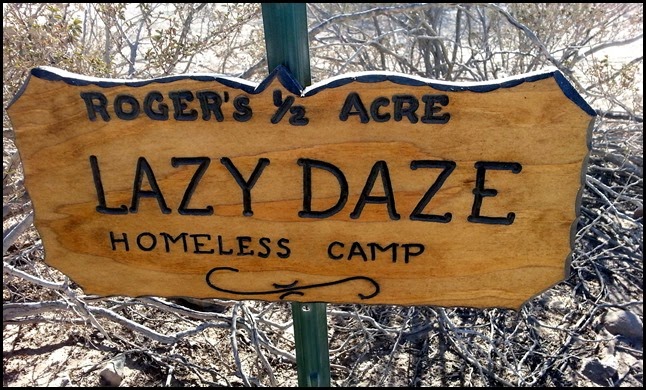 Been staying busy in Quartzsite but not doing much of anything noteworthy. We’ve been to the Big Tent and Tyson Wells flea markets several times looking around and buying just a few inexpensive items. It’s nice that we’re parked less than a mile away so it’s an easy walk. Jim couldn’t believe that Kim, Debbie and I spent four hours over there one day. 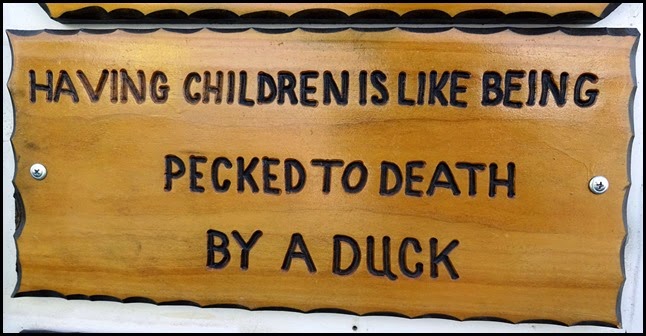 I had my 60th birthday last week, just another day in the life but hard for me to believe. After happy hour Jim picked up a couple pizzas at Silly Al’s and Laurelee and Debbie joined us for dinner. Pretty exciting celebration!

Jim and I took a day trip to Algodones, Mexico on Thursday. 89 miles from Q but we knew we would probably have to go back so we wanted to get the process in motion. I am going to have the root canal redone that I had done last year. After carefully studying the 3D scan of the tooth, Dr. Hernandez really didn’t see anything obvious but he suspects maybe a microscopic canal didn’t get treated, which could be causing my discomfort. He is a very nice guy, told me there would be no charge for the redo. Jim and I have both had to have root canals redone in the US and not only did we have to pay again, there was not even a discount. Another reason to go to Mexico for dental work. Jim had a cleaning and exam by Dr. Urena, who’s office is next door to Dr. Hernandez. He had a pocket of infection in the gum of a crowned tooth which she deep cleaned and gave him an antibacterial rinse. He has another appointment with her next month to see if it’s cleared up, but she said he may need a root canal. Since he had one done on that tooth 30 years ago he is hesitant to have another and then lose that tooth as has happened in the past. It’s always something. So we’ll be spending some time in Yuma in February to get all that taken care of.

We hiked around the hills behind our site and found this old stone house. It was in a nice spot with great views. 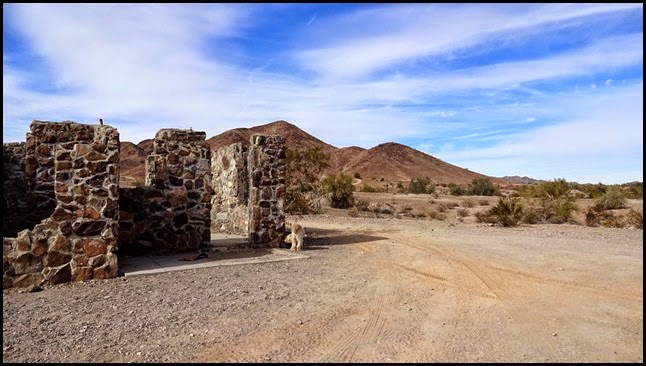 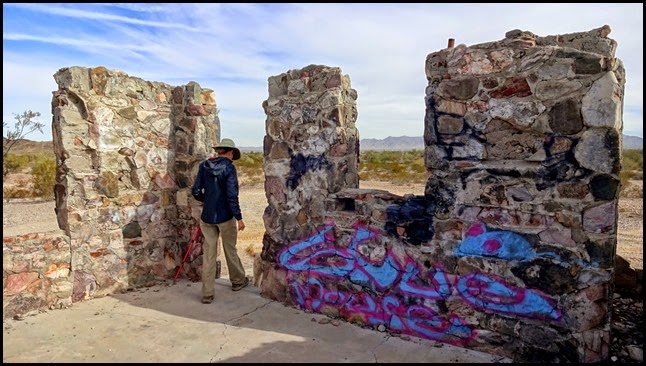 A stark landscape but we find it appealing. It’s an acquired taste, kind of like red wine. 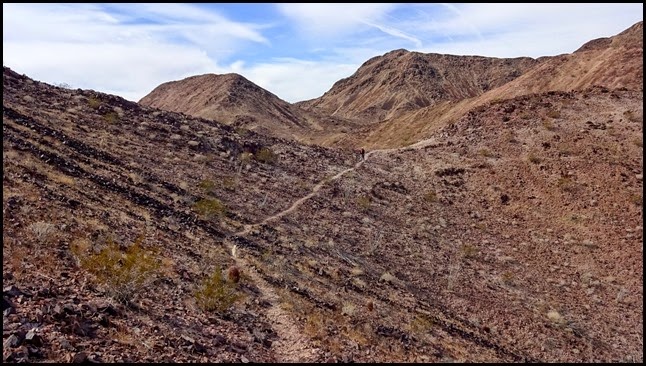 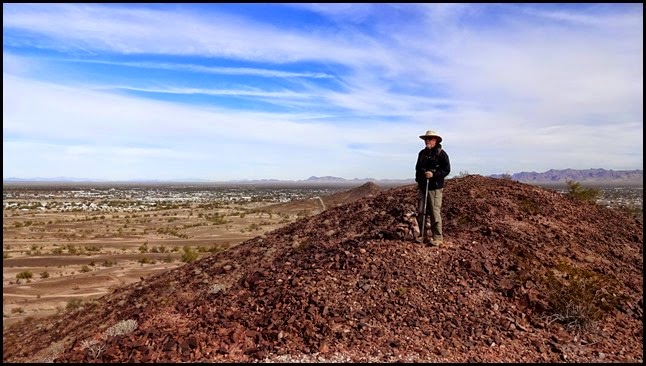 Jim thought this would be a great vehicle to tow behind the Lazy Daze. 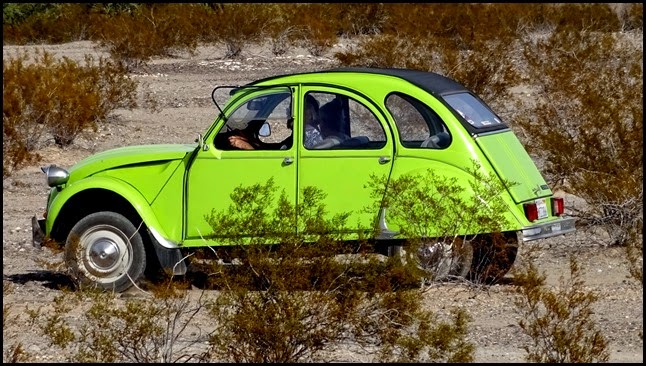 We had a couple of really windy days so didn’t get around to working on the other step yet, but the first one turned out well after I finally got the adhesive off. I forgot to take a picture of the finished product and now it’s dirty so I will do it after we get the next one done.

We found the secret to short lines at the dump and water fill stations in La Posa. Yesterday we went at 4:30, happy hour time for many people, and there was only one RV waiting to dump. Last year we went earlier in the day and waited over an hour in line.

This afternoon a bunch of us are going to the Blogger Fest. Just in our group alone, besides us, we have The Travels of Kimbopolo, Me and My Dog, Plein Air Journey, J &B and Lady Blue, On The Road With Riley, and Wish You Were Here!.

Hope to see some of you there!