Another Week at Mittry Lake

Daily hikes have taken us to new trails and much off-trail scrambling. This area is remote and rugged and easy to get lost in, which makes for some challenging hiking. 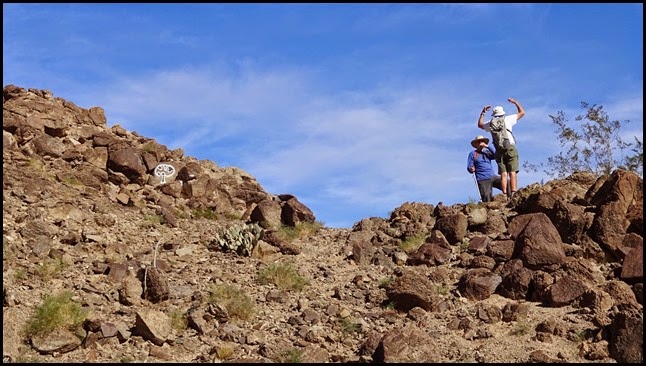 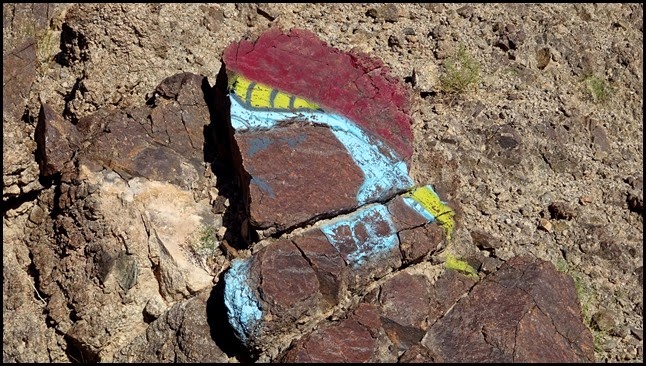 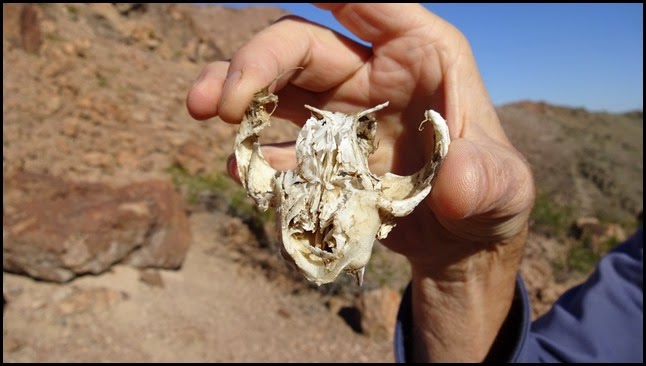 Vegetation is sparse around here, but some of it looks quite healthy. 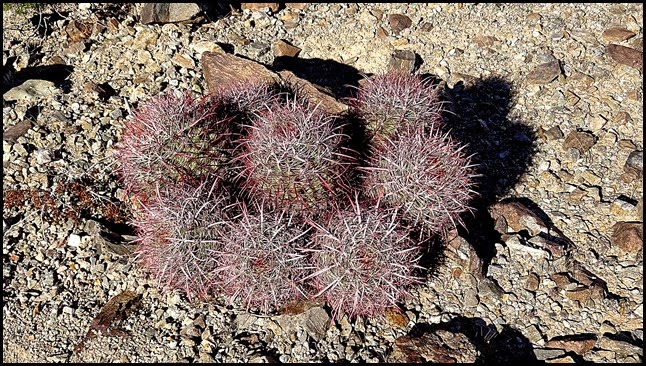 The only saguaro for miles around. It ought to be quite majestic in an another 50-100 years. 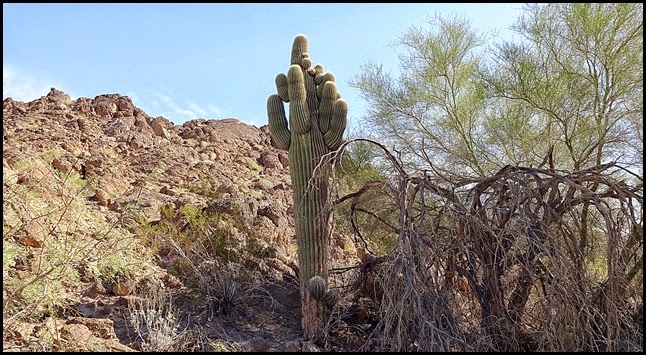 Suzanne getting a close up of a blooming ocotillo. 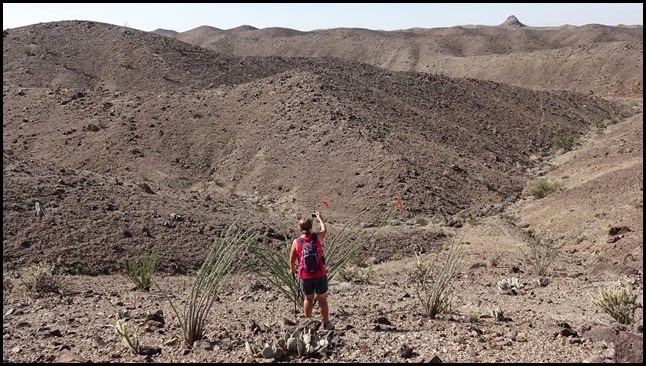 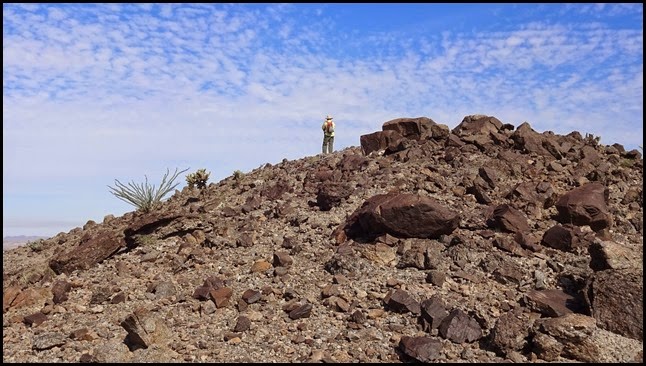 Swastika bridge, with quite an interesting history. 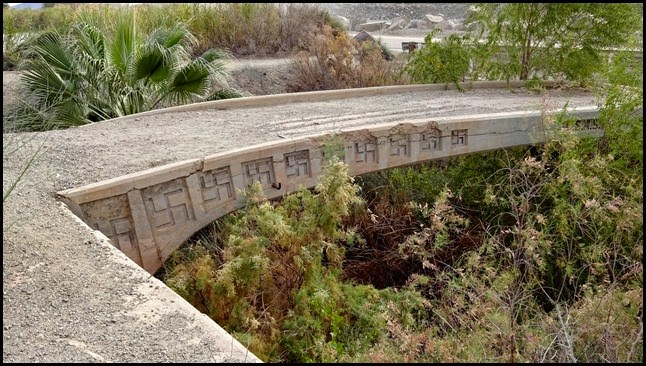 We had a special happy hour last week, with a visit by Nina from Wheeling It, and kB from Occupation of Independence, along with our resident gang. I forgot to take even one photo. Denise from Sassy’s On ‘Da Road arrived the previous day. What a nice RV she has! Jim lusted after her “garage”. 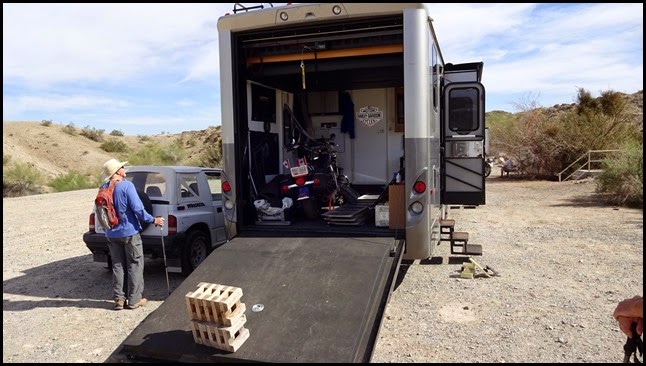 Lazy Daze friends Charlie and Marti stopped by for a couple nights on their way to San Diego. Of course we had to take them on a hike to the Christmas tree, one of our landmarks. It’s just a sad looking ocotillo with a few silver ornaments hanging on it surrounded by cairns and odd names spelled out in the rock, but if we make it back there we know we’re only a mile or so from home. 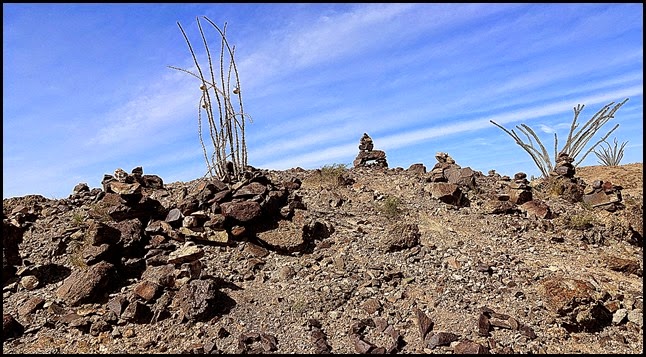 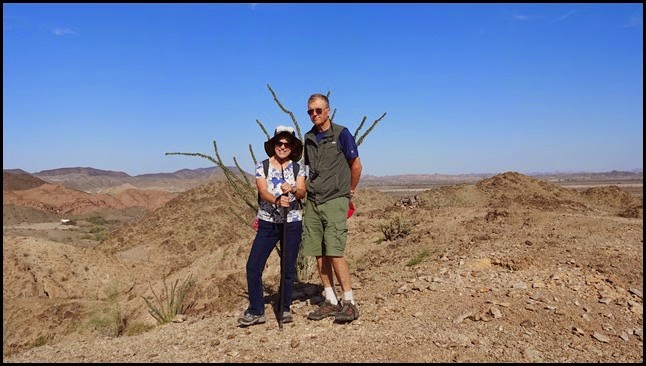 Yesterday Suzanne and I did a long hike to new places, and happened upon four bighorn sheep just lounging on the rocks. We were very excited, and they cooperated for lots of photos. 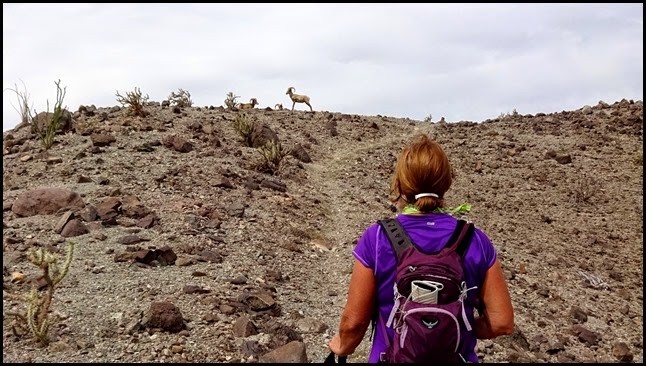 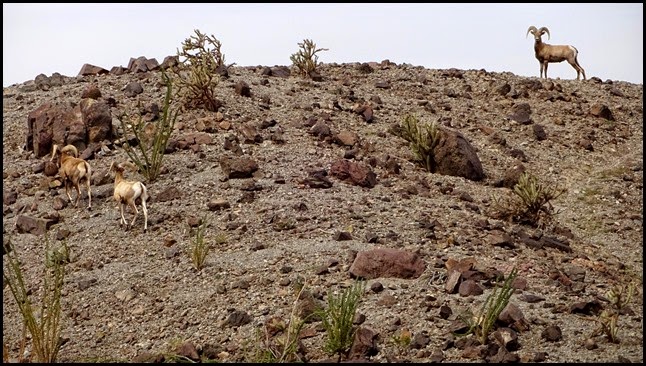 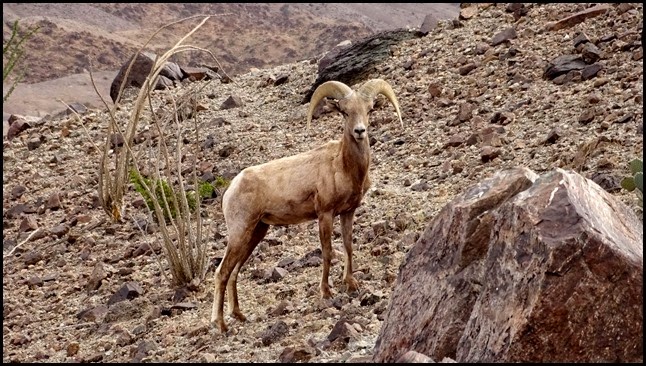 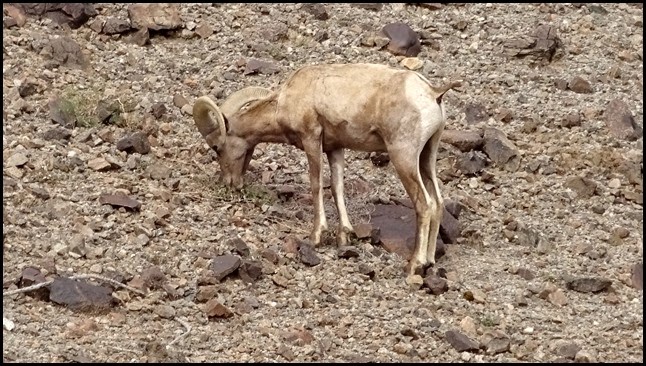 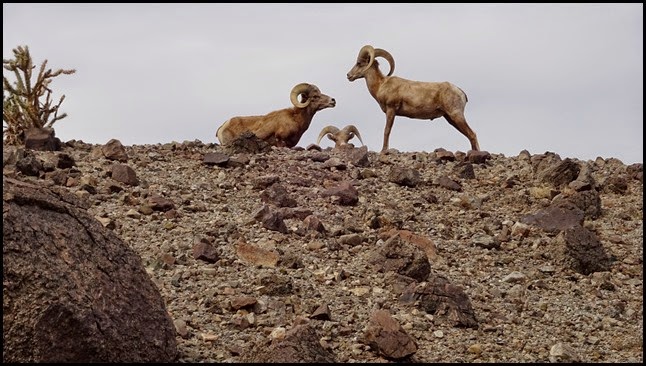 We had a cell signal atop the ridge, and had been out for about 3 hours. I knew Jim would be concerned, since he doubted our navigational skills. I sent him a quick text. “Long hike, not lost. 4 sheep.” I got this instant quick-witted reply. “2 cats”. When I stopped laughing I told Suzanne this is why I love that man. After 32 years he can still make me laugh. 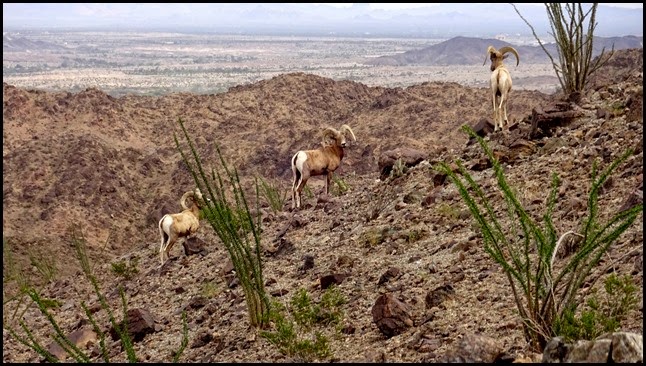 Since we’ve given up on buying another RV for now anyway, this week we put in a new kitchen faucet. We also found someone to install new flooring in our Lazy Daze but are having a little trouble deciding on what we want to put down. We have a couple weeks until he can do it so I have a feeling we’ll be back to the flooring store a time or two more before making a final decision.

And our windshield repair was unsatisfactory, being on the driver’s side glass, so we got a new one installed. There is always something to have to deal with it seems.

Payback photo of Suzanne with her hair in curlers. Even us boondockers can have pretty, poofy hair! Too bad neither of us took “after” pictures. 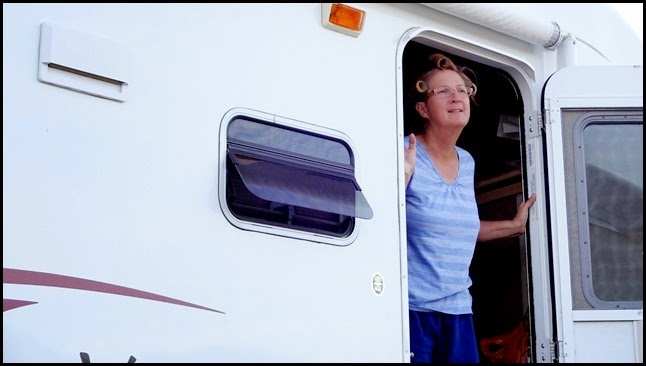 On Monday we’ll be relocating but have some fun plans for the weekend. More about that later, and for now, as Judy would say, 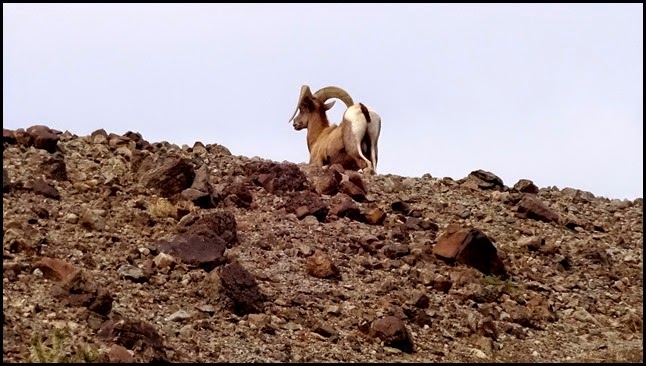