Friday the 13th: Just One of Those Days 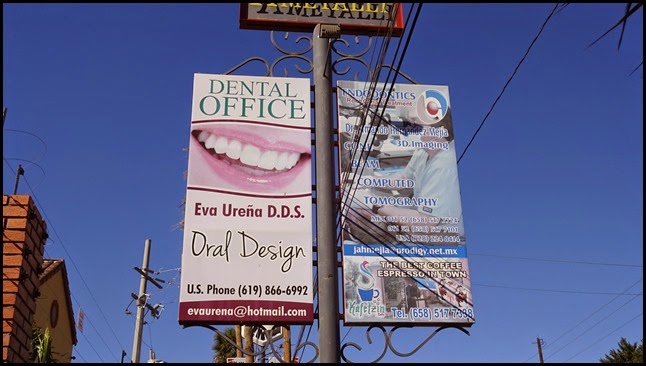 Our day started out early, with an 8 o’clock dental appointment in Algodones for the second part of my root canal. On the way just a few miles down the road from Mittry Lake the low tire pressure light came on in the car. We stopped to check and the left rear tire was only at 20 pounds. We put some air in and continued on. Not five minutes later a truck passed and threw up a rock which put a big chip in the windshield. And it wasn’t even 7:30 yet, at least a half hour before Jim normally gets out of bed. We aren’t superstitious but this wasn’t boding well for Friday the 13th.

My appointment took longer than last week and I didn’t get out of the chair until almost 10. The good news is Dr. Hernandez thinks he found the reason I was still having pain. The bad news is he filled it with a bacteriocide and wants to leave it in for a month before he does the final filling. So we will either hang around Yuma another month or leave and come back. But we’ll figure that out later. 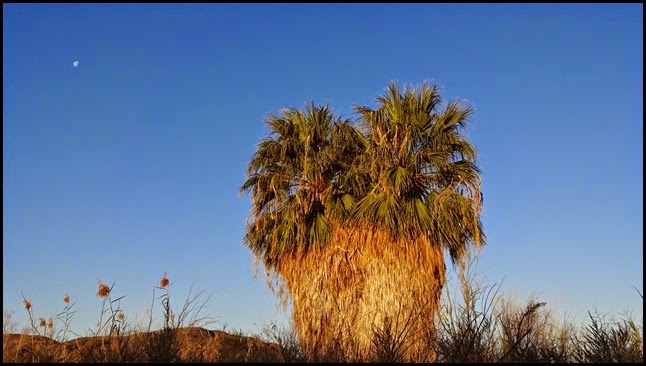 While I was in the dental chair Jim was having social hour with our Lazy Daze friends Charlie and Marti, and David, who camped near us last week and whose wife was also having a root canal done. Never know who you might run into in Mexico. Luckily our tire was still holding air when we got back across the border.

Several hours later with visits to Discount Tire and Safelite and we had both the tire and windshield repaired. Still had to pick up some groceries and water and didn’t get home until 5, a very long day indeed. Still better than working! And look who pulled in a few minutes after we got back, Jimbo and our favorite chihuahua Chica. 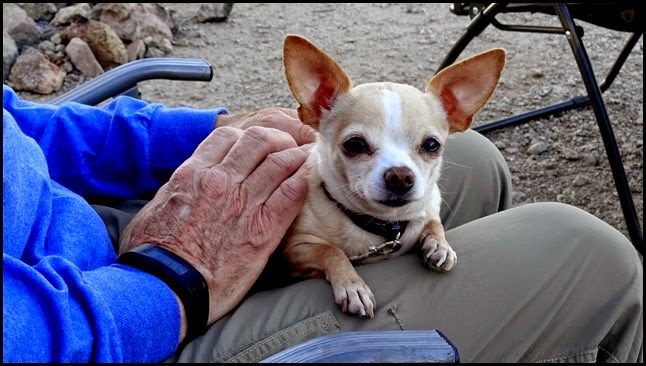 You can’t tell by these photos but she is a fraction of the size of Katie, who joined us along with her mom Barbara a few days ago. 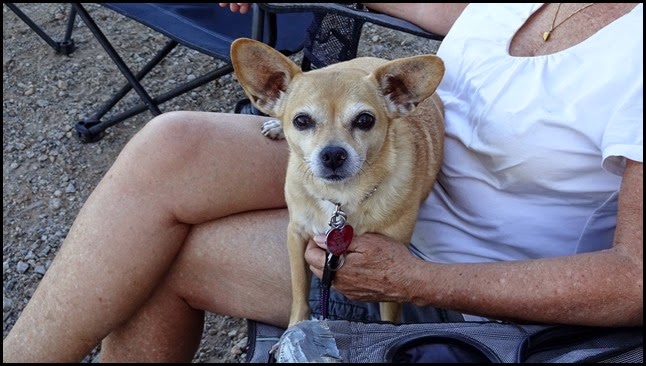 Jeanne and Riley are here, too, and CB spent a couple nights to help her install a new inverter. He was also kind enough to assist Jim with the installation of our new 160 watt solar panel. The 100 watt lightning damaged panel we got from Andy Baird a few years ago finally gave it up. 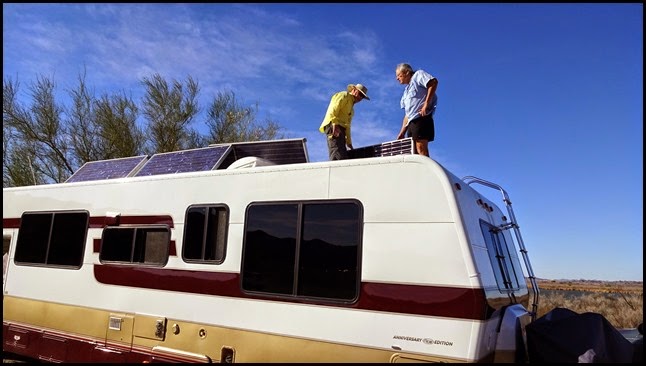 Most days we’ve gone hiking in the hills behind our site. The landscape is rather post apocalyptic but we kind of like it. And we’re figuring out the trails, making loops where we thought we couldn’t last year. 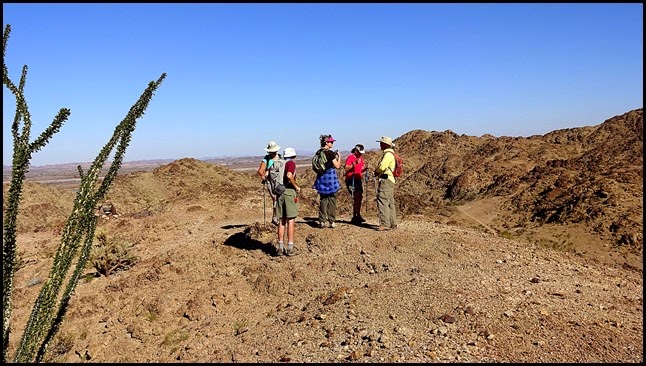 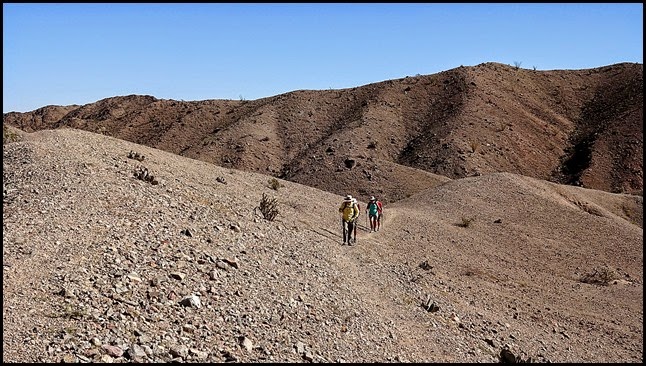 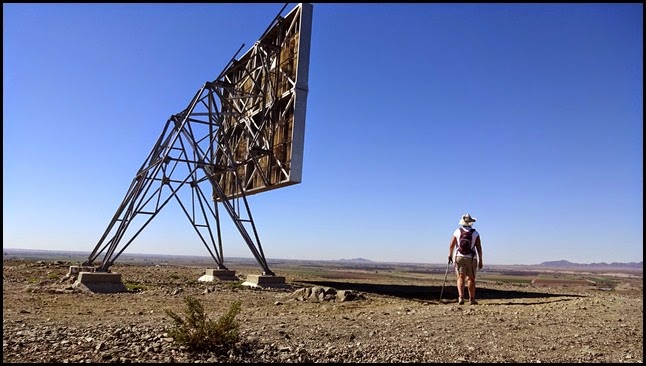 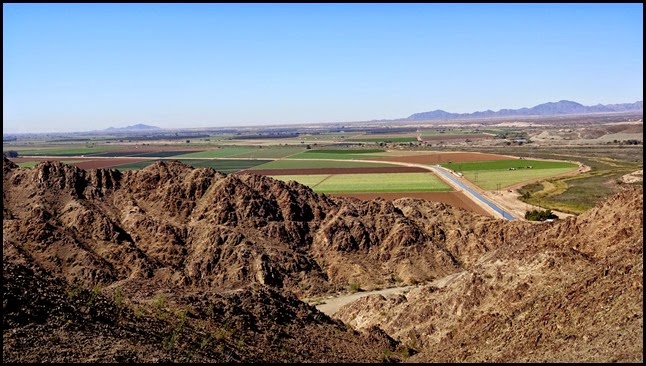 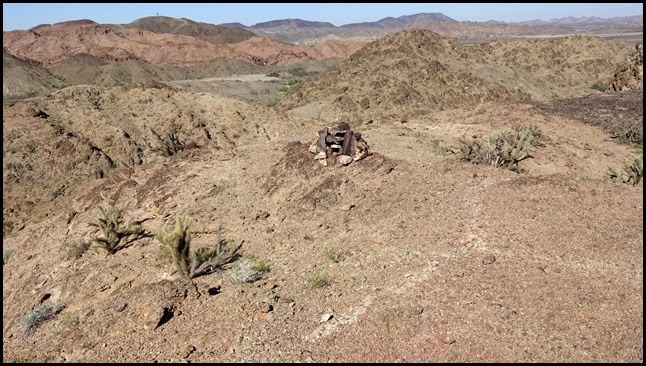 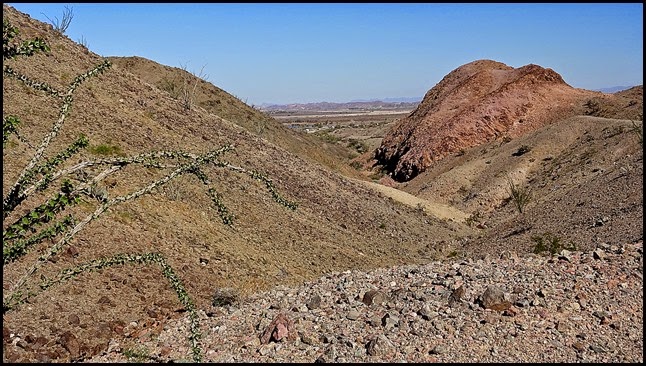 Jim, always having to get to the highest spot. 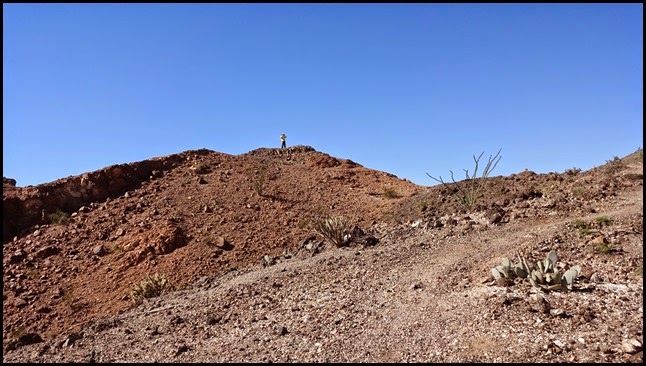 If you don’t hike you can always drive. This photo doesn’t capture how steep it really is. No way would I go up or down that hill in a vehicle. 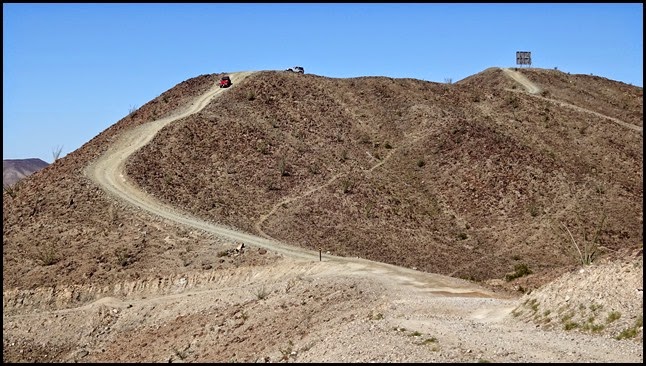 One day we took Suzanne on a bike ride across Laguna Dam and into California to ride along the All American Canal. 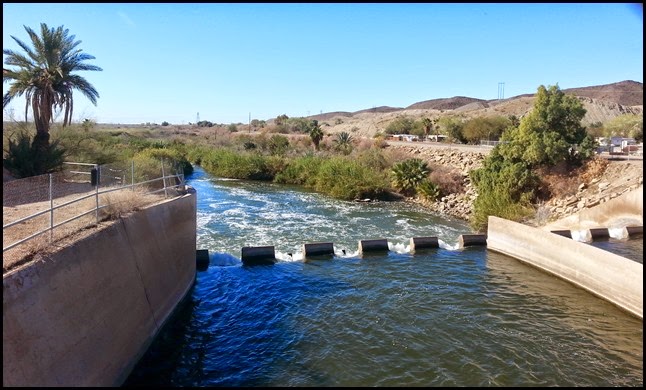 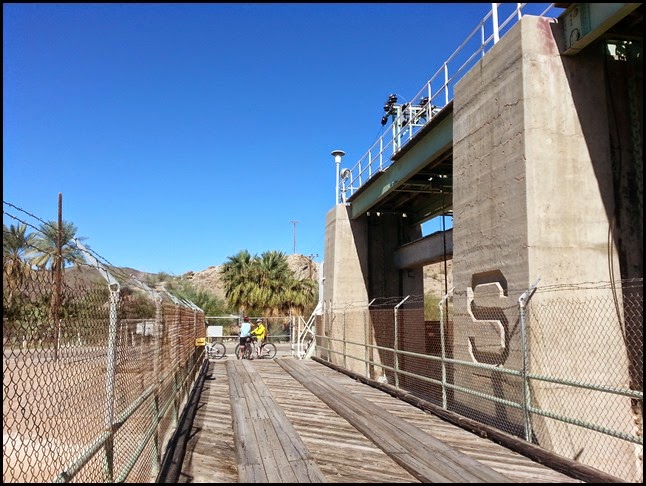 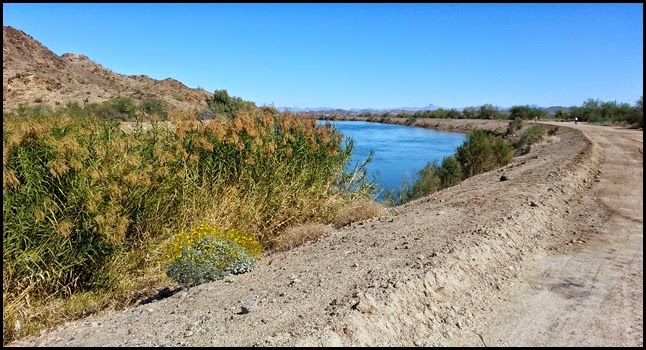 Another day the girls spent many hours at the Arizona Market Place. Jim texted me at one point to ask how much my ransom would cost. He couldn’t find the peanut butter;-)

Sunrise and sunset over Mittry Lake. It was a good week in spite of Friday the 13th. 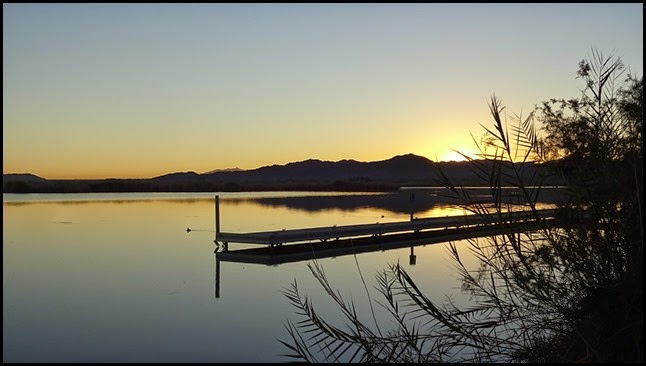 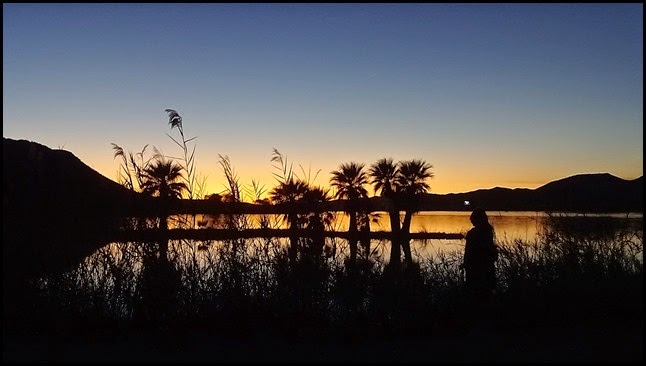