Another Side of Yuma 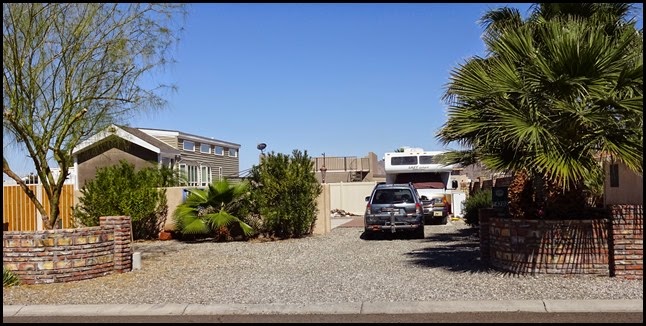 On Monday we moved a whole 22 miles from Mittry Lake to a lot in the Yuma Foothills, on the far east side of town. We’ll be here three weeks while we take care of business, some of which we’ve accomplished since we arrived.

This is a very nice neighborhood, consisting of houses with adjoining RV pads. The owners are not here so we have a pleasant private courtyard and full hookups. And no dirt! 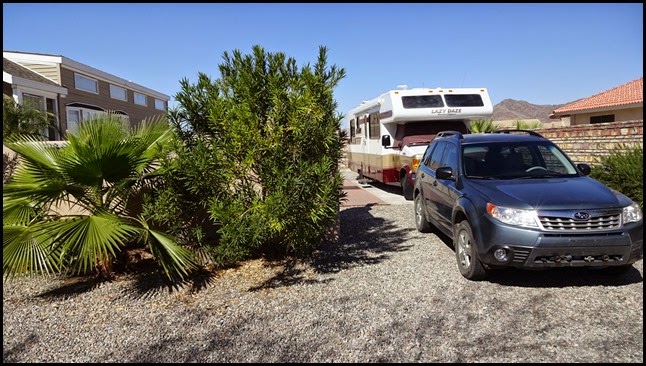 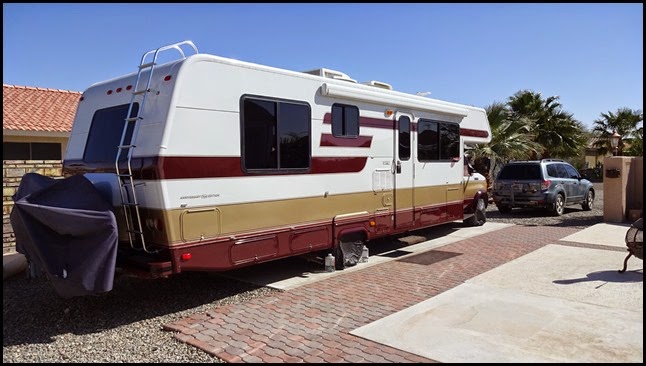 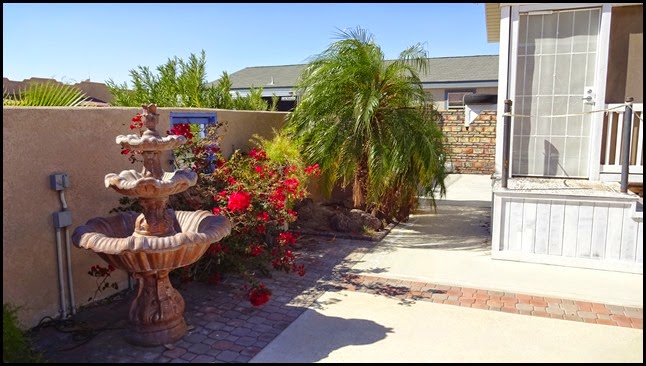 Our street. It feels strange living in a “real” neighborhood again. By the way, the house and lot are for sale, if anyone is interested. 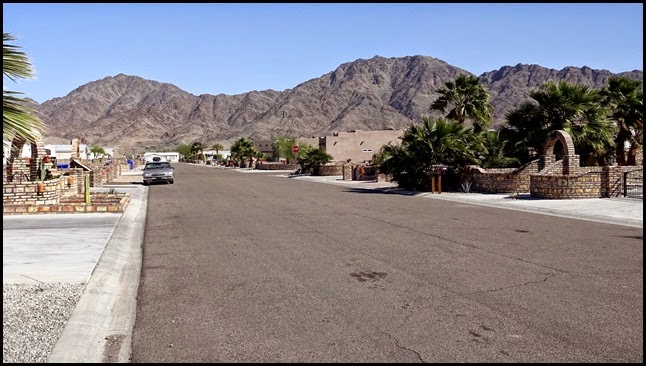 We’ve taken a long walk and bike ride around the neighborhood, and a hike on the nearby BLM/AZ Trust Land. There are plenty of roads and trails going up the mountains to explore. 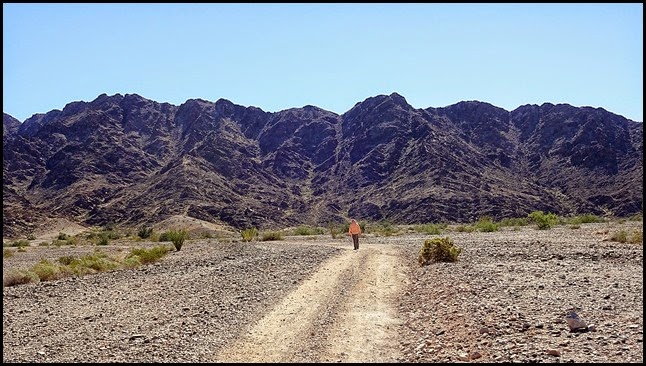 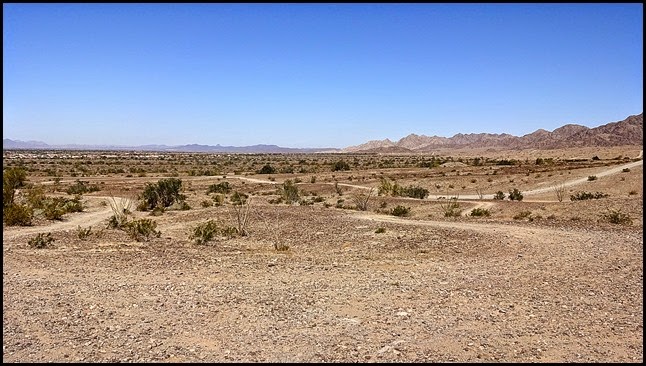 Some of our time has been spent shopping for RV parts and tools to get the job done. After our faucet replacement I couldn’t stand looking at the corroded sink drains, so we found the right size and got to work. Of course it took much longer than it should because the old drains were a pain to remove. But after much cussing, elbow grease, and borrowing a tool from a neighbor, success at last. I forgot to take a before photo, but trust me, it wasn’t pretty. 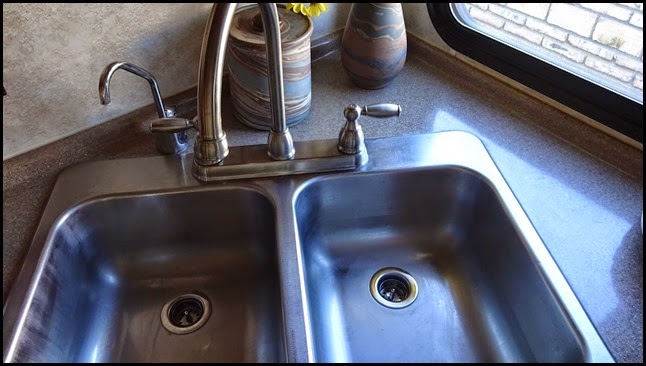 Jim is still in the process of redoing some of the old adhesive on the solar panel mounts, and we have decided to attempt the carpet and staple removal ourselves before the floor installer comes. Mainly so it doesn’t take as long, since we have to deal with cats while they are putting in the new floor.

Having an address means we can get mail and packages, so we’ve ordered some drawers to mount under the table for extra storage. Today someone is coming out to give us an estimate on repainting the faded black fake windows on the front of the Lazy Daze. And the cats have vet appointments on Saturday.

The foam in the chairs we had reupholstered here last year has collapsed, so yesterday we stopped by Action and had them take a look. There is a new manager, and he says they didn’t put the right foam in, so they are going to redo it next week, although we will have to pay for it. We just want it done right this time, as we’ve been very happy with the fabric.

So it hasn’t been the most exciting week, but we are chipping away at our list. Just part of living the good life!