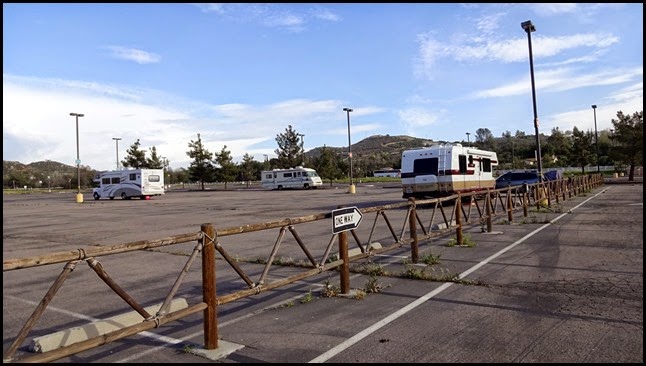 We left the heat of Yuma on Monday for a 150 mile drive west on CA I-8 to Alpine, where we are spending three nights (the maximum allowed) in the parking lot of Viejas Casino.

It was a very windy day, but we lucked out with it coming out of the east, one of the rare times we’ve ever had a tail wind. 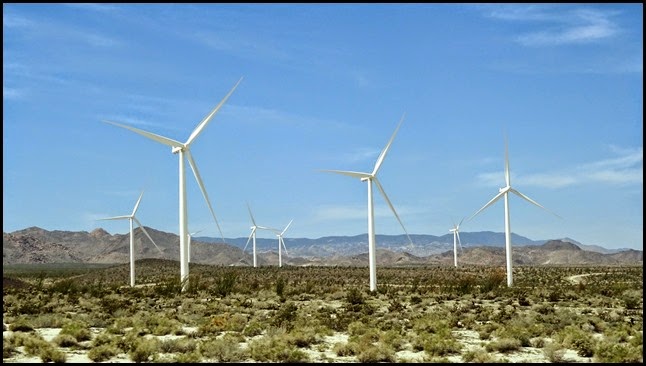 Before we left Yuma Barbara D. had told us about Viejas, and I also saw that the Wheeling It crew stayed here last month. There have only been a few other RVs here each night, and except for the shuttle buses it is pretty quiet. The only negative is the lot is extremely sloped, so for those of us without leveling jacks it’s not easy to find a place to get level. Jim wanted to park facing east/west for maximum solar, but we didn’t have enough blocks to raise up as high as we would have needed to, so he finally caved in, parked north/south, and with a few blocks on the right side we were good. 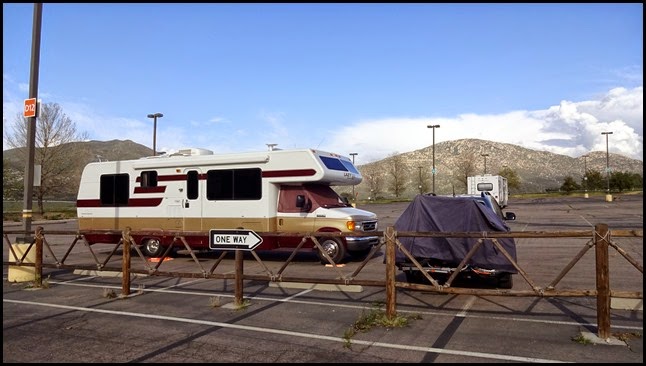 On our last day in Yuma we made the pilgrimage up Telegraph Pass, a steep little hike of just under 5 miles round trip that we did last year with a group of friends. This was the steepest trail we’ve been on since Jim’s pulmonary emboli diagnosis back in November, and although we both huffed and puffed on the way up, he was happy that he didn’t feel worse on the climb. 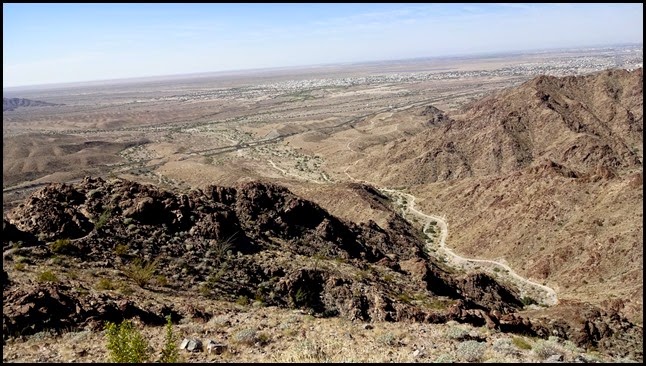 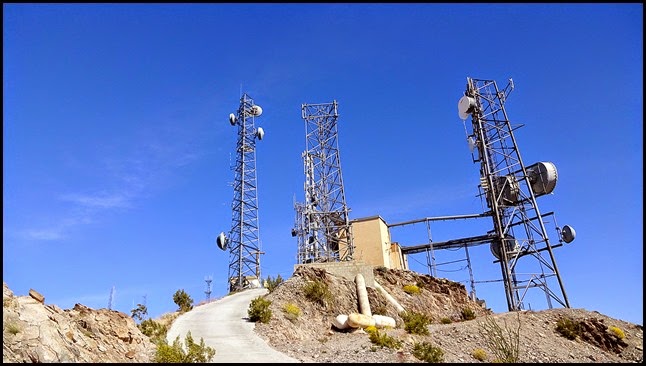 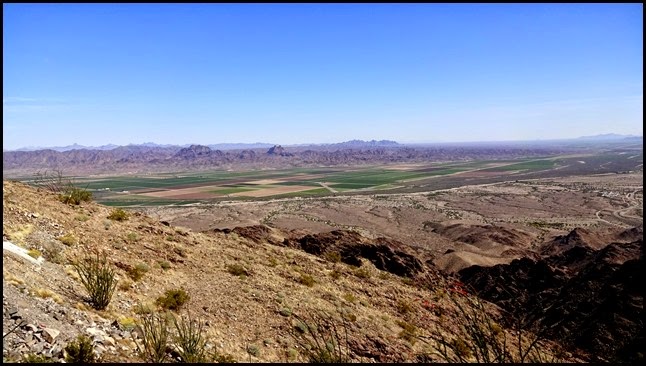 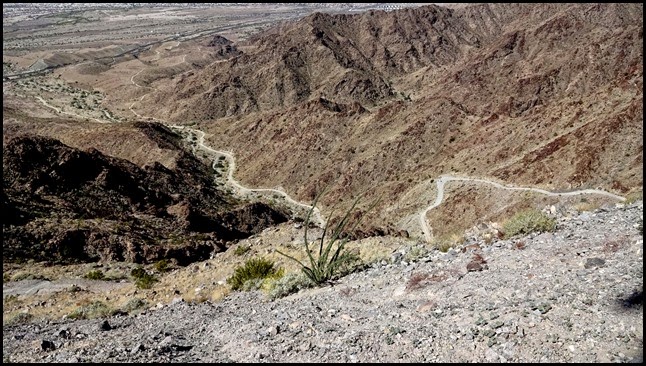 Happy to take advantage of a place to rest a bit. 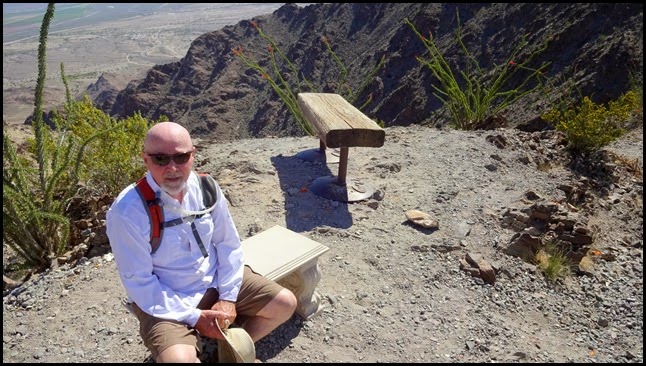 On our first day here in Alpine we walked over to the casino to register with security, then joined the V Club. You get $10 free slot play when you spend $10 or accrue 2 points, so we put in some of our own money and lost both it and the freebie. We did sit and play for quite a long time, but we figured since we never eat at the casinos we park at it was just the price of camping here for a few nights. After that we went over to the adjacent outlet mall, which was surprisingly nice. We didn’t need to shop for anything but it was a good place to take a walk.

Yesterday we drove into the Laguna Mountains to Cuyamaca Rancho State Park to try a little mountain biking. The East Side trail sounded fairly easy, and it was in a very pretty area. Parts of the trail were pleasant and fun to ride, but then in other places there were lots of big rocks and we did quite a bit of hike and bike. 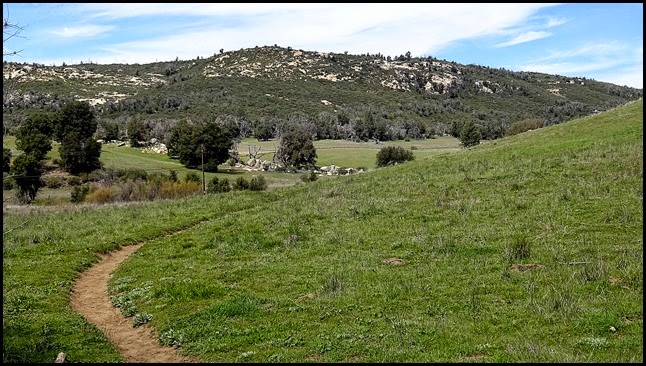 Jim couldn’t get his rear brake to stop rubbing, and after a few miles we called it quits and continued our drive to Julian, which was just another 15 miles up the road. 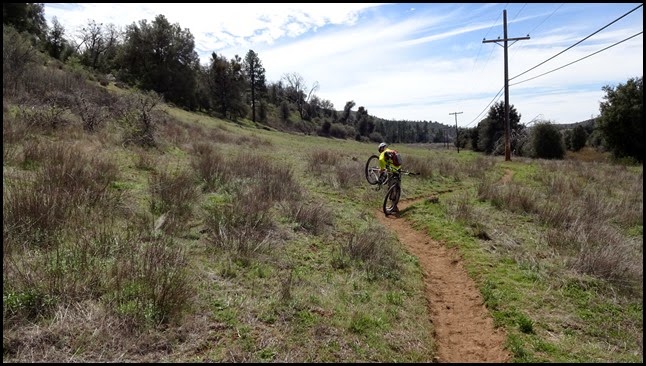 Although we’ve stayed in Anza Borrego a few times in the past, we never did make it to Julian, known for its apple orchards and pie. So of course we had to sample some, and it was quite good. Otherwise it is just another little tourist town. 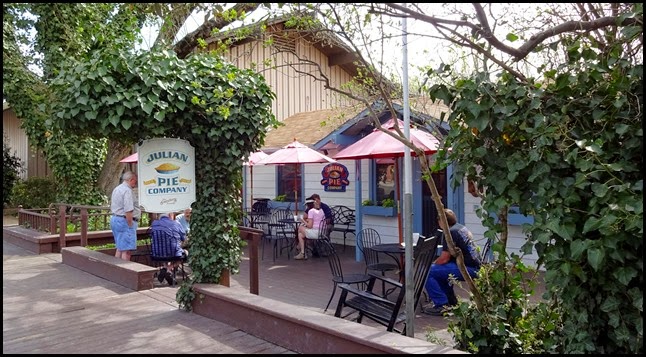 Since we had already eaten pie, which is not normally on our vegan low fat diet, we figured we might as well really blow it and stop at Alpine Beer Company for happy hour. I enjoyed an IPA, Pure Hoppiness, and Jim had the Odin’s Raven, an 11% alcohol Imperial Russian stout. It was quite good! 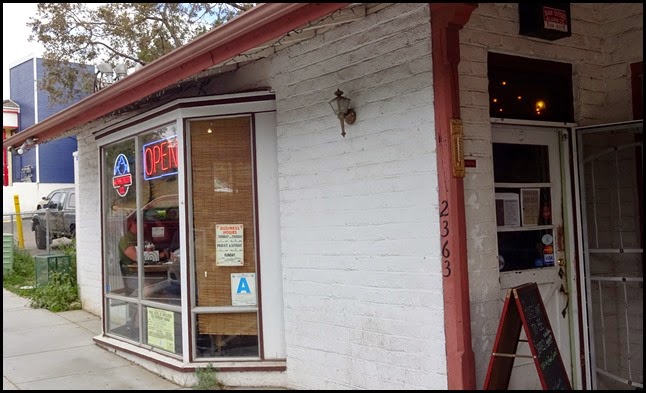 We sat out back with the brewery mascot. 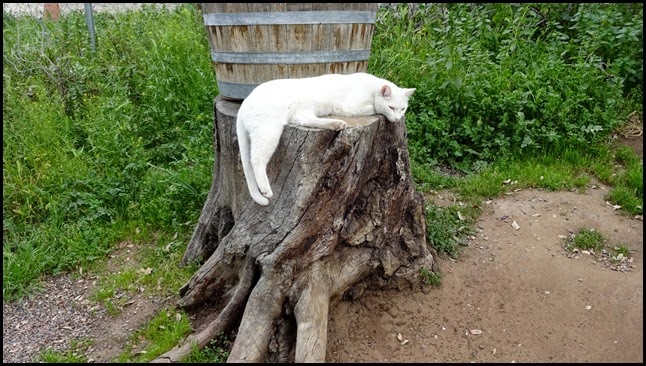 In order to make up for yesterday, today I planned for us to do a long hike, which deserves a post of its own. I picked up some trail info at the visitor center in Julian and there is a lot of opportunity for hiking within a half hour or so drive of the casino. Not a bad place to hang out for a few days.