A Climb to Jester’s Peak 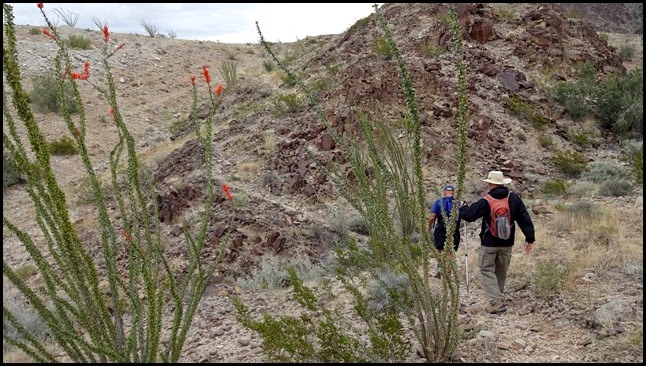 Last year while in the Yuma area we hiked up the very popular Telegraph Pass, a steep climb up a mostly paved trail. We can actually see it from our lot here in the Foothills but the trail is on the north side of I-8 and we are on the south side. 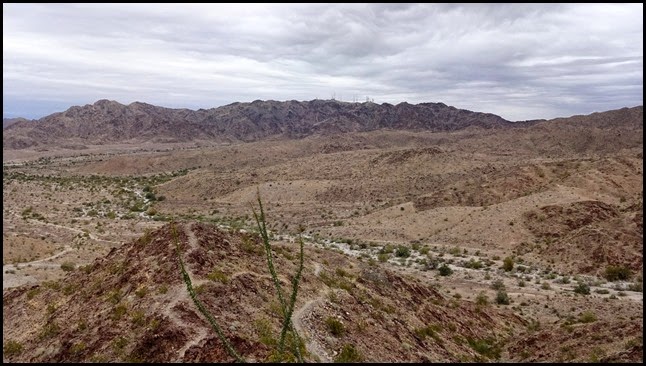 Luckily we have access to miles of BLM land and trails to the Gila Mountains less than two blocks away. Through a friend we met Manny, a neighbor down the street who is an avid hiker and road cyclist, and he invited us to tag along on one of his regular trails for a hike up to Jester’s Peak at an elevation of 1,900’, pretty high by Yuma standards.

Rain was in the forecast so the skies didn’t make for great photos but our destination is the flag at the top of Jester’s Peak, which you can barely see here. 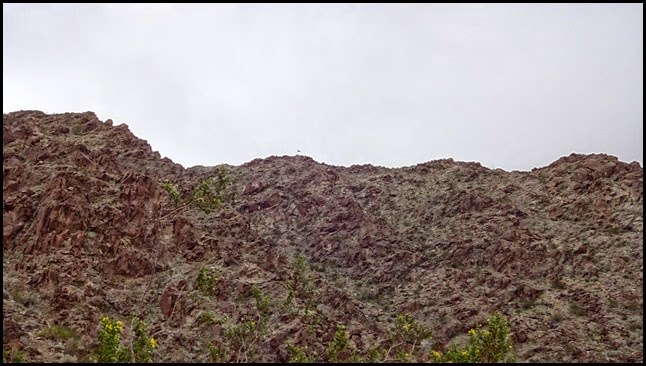 Manny said it would take about an hour to climb to the top, but that didn’t factor in just getting to the trail, which was a couple miles away. You can actually drive to the trail head on a rough Jeep road to make it just a 1.4 mile hike to the flag, but starting from home we ended up doing just under 7 miles round trip in a little over 4 hours. It also didn’t factor in stopping to chat and catch our breath on the steep parts.

It’s hard to talk and go uphill at the same time. 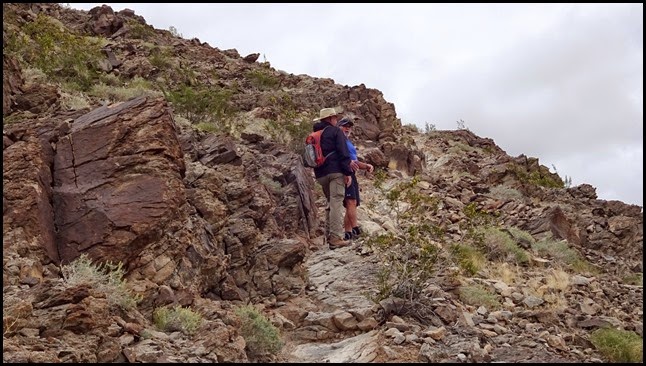 Not sure we would have found our way if Manny hadn’t been guiding us. The trail just disappeared at times among the rocks as we got closer to the top. 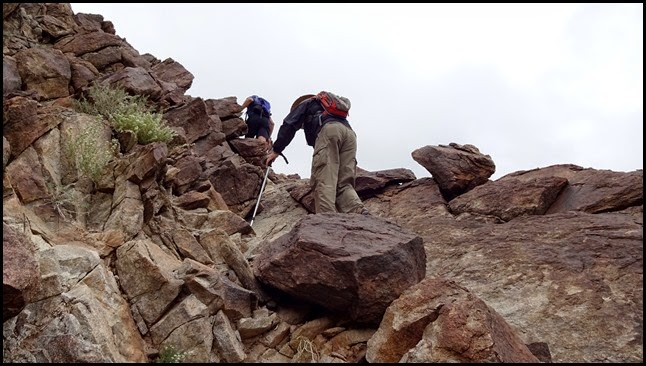 There were several places where I was doubting whether or not I would get back down, since much of the trail is right along the edge, steep, and covered in small rocks that tend to make a foot easily slide out from under you. As it turned out it wasn’t as bad going back down as we thought it might be, and the reward, the views, was well worth it. Even on a dreary day. 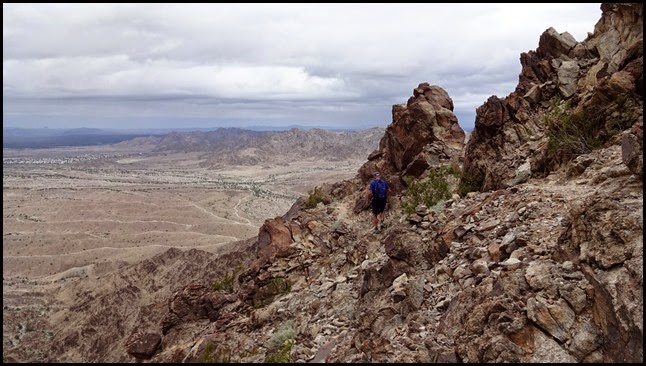 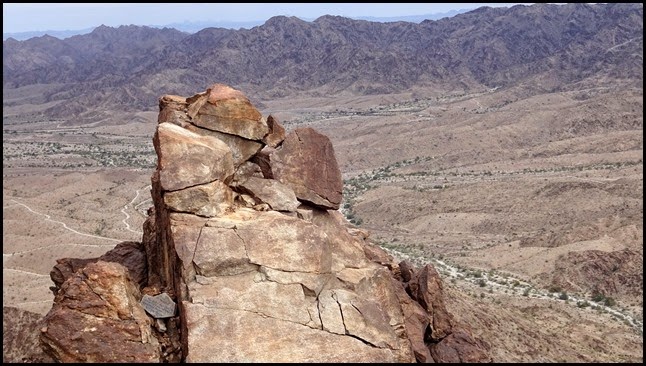 Jim and Manny check out the geocache and memorial. 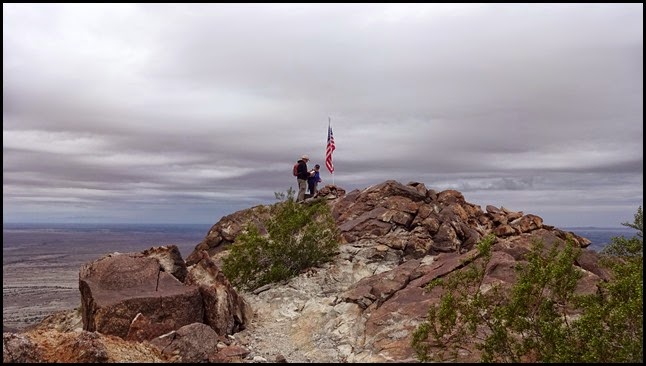 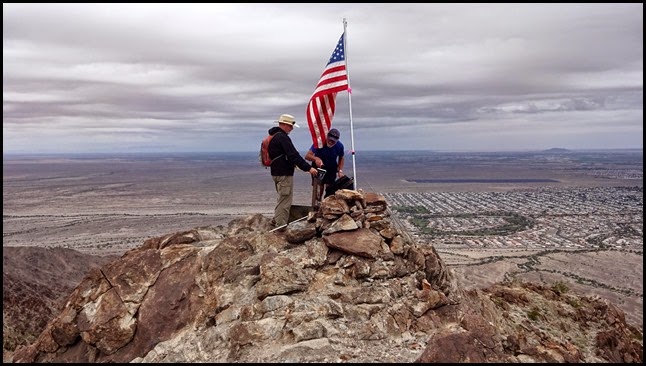 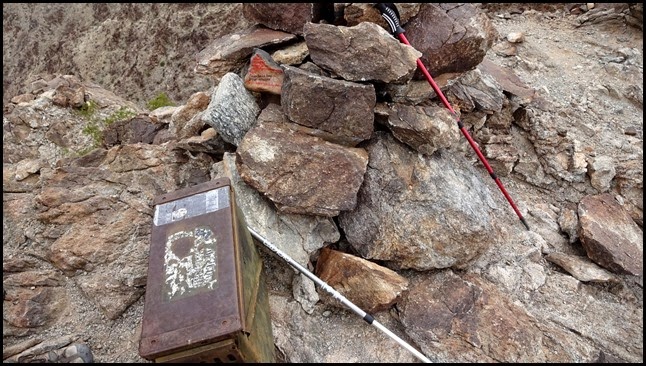 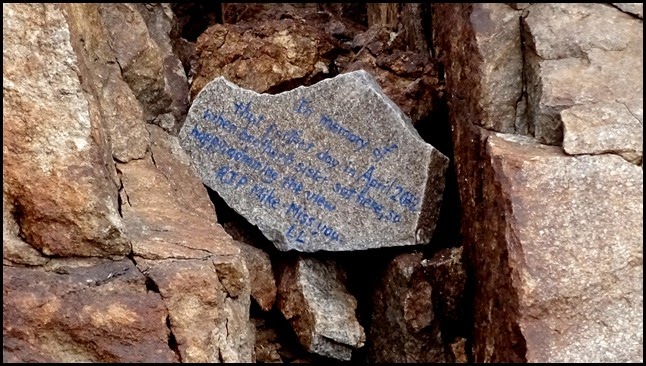 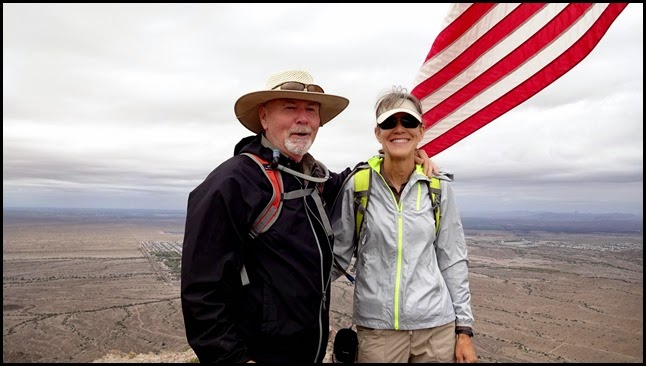 You can see our trail snaking through the rocky hills. 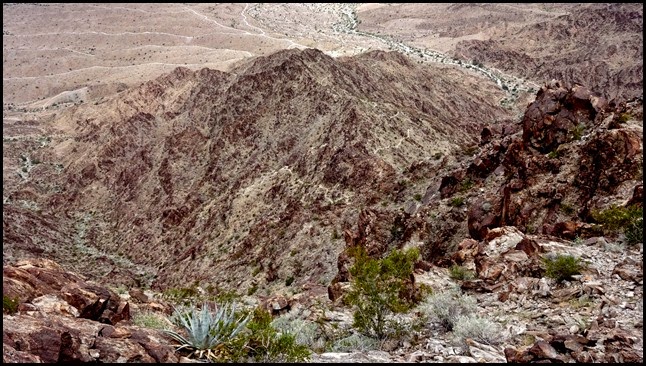 Many of the beavertail cacti were blooming, and after the rain we got overnight more color should be coming out in the desert soon. We’ve never timed it right in the past but we’re hoping to get lucky and see more flowers this year. 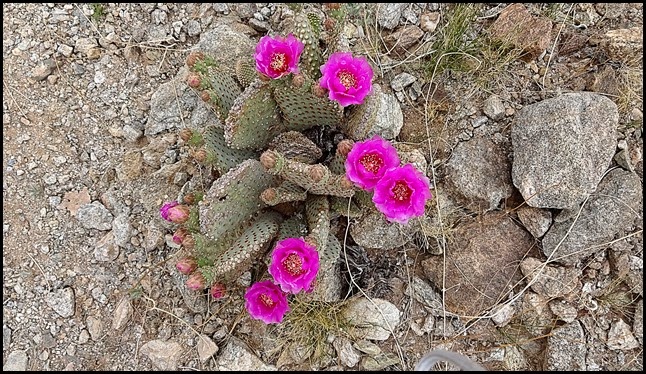 Manny offered to take us on another hike to an airplane wreckage site before we leave the area, which sounds interesting. Yuma just keeps growing on us, although doing laundry here is about as bad as in Quartzsite. 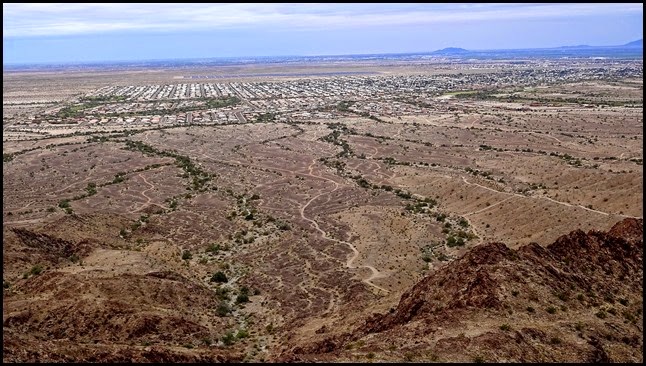