On Thursday we drove 160 miles from Bend to Portland, a nice drive except for a delay due to an overturned truck near Government Camp and Mt. Hood. 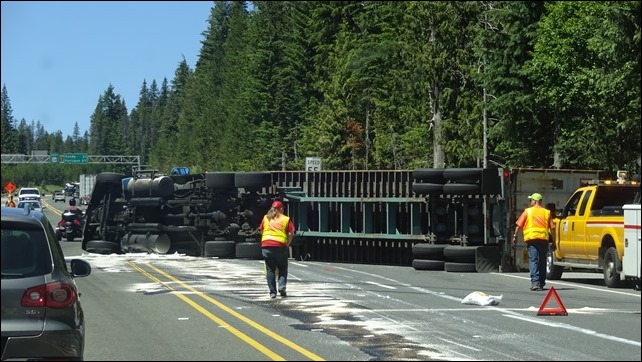 We’re staying at Columbia River RV Park, probably the closest RV park to the city. We weren’t expecting much so were surprised that it looks better than we thought it would. The sites are angled so we aren’t staring directly at our neighbors, the restrooms and laundry are good, and so far for a holiday weekend it is very quiet. That is, except for the planes flying overhead from about 5:30 am until the wee hours of the morning, since the airport is only about 5 miles away. Luckily our little white noise machine drowns out the sound pretty well so it hasn’t really interfered with our sleep. With the Good Sam discount we’re paying $179/week, not bad for being just 7 miles from downtown Portland. 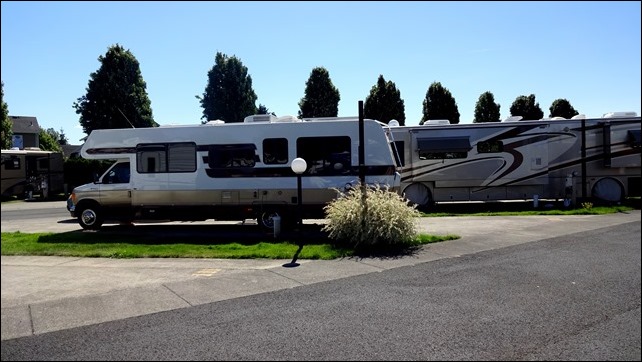 Our pull-through site just happened to be right next to Mike and Donna (Flying The Koop). We met Mike in San Diego last year but Donna was out of town, so we set up a happy hour after seeing that we were both going to be in Portland at the same time. What a surprise that we ended up with adjacent sites. We had a great visit with them, but sadly they moved on yesterday. Just as we expected, our new neighbors have two kids, the only ones we’ve seen in the park!

We took a bike ride along the Marine Drive bike path which starts near the RV park. In order to get to it you have to ride one mile along Marine Drive, where there is a narrow bike lane. The LPGA golf tournament is going on at the golf course just down the road so it was riding along with bumper to bumper traffic, which made us a bit nervous. It was a great ride once we got on the trail. We rode 6 miles to I-205 when the trail went back on the road again. 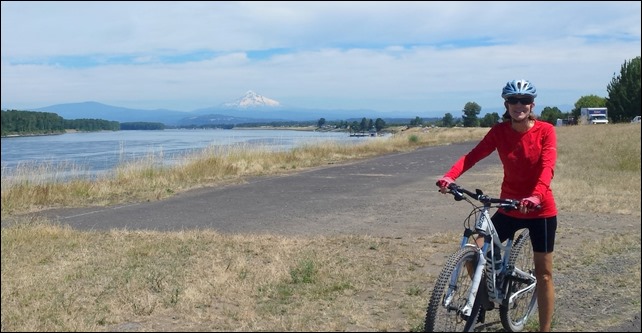 Nice views of Mt. Hood. We also got to see many, many planes take off and land as the airport is just off to the right of the trail. 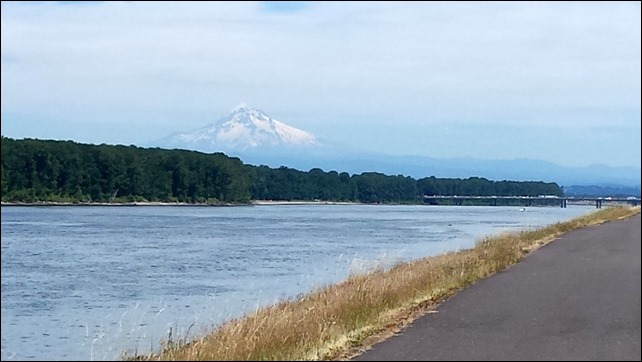 Waterfront houses on the Washington side of the Columbia. 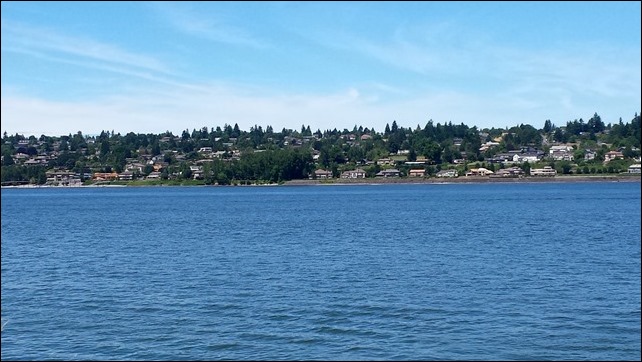 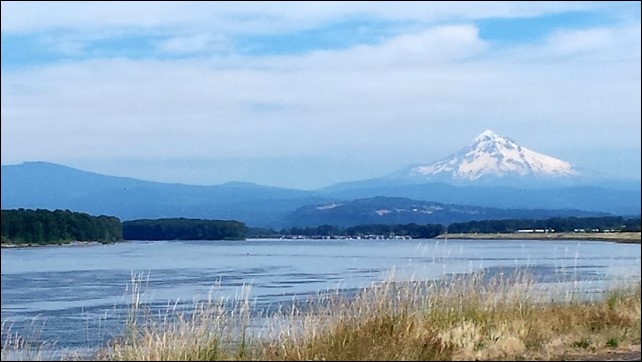 When we took the cats to the vet in Temecula, CA a few months ago he said Elvis needed his teeth cleaned. Those of you with pets know how expensive this can be, so I did some research and found Forever Pet Dental just across the river in Vancouver, WA. They charge $185, very reasonable, so I made an appointment. They recommend, but do not require, doing blood work before the procedure since it involves general anesthesia, so on Friday morning we took him in to get his blood drawn (another $35). We get to take him back for the cleaning next Friday.

Cats are so funny. You never know what spot they will pick for their next catnap. 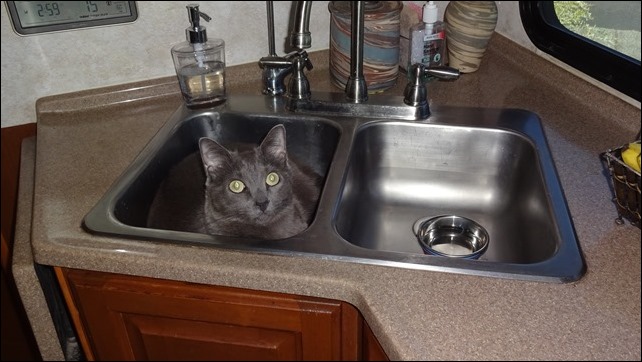 Our friend Jeanne is also staying here this week. Actually she took Suzanne’s site, who was planning to be here but was sadly unable to make it due to her Winnie breakdown and repairs. Jeanne had taken the train downtown on Friday, and on Saturday she joined us for another train ride to the farmers market at Portland State University. The Expo Center MAX terminal is just two miles from the RV park. You can park there and take the trains, streetcars or buses all day for $5, or $2.50 if you’re over 65. A pretty good deal not having to fight traffic and find and pay for parking. 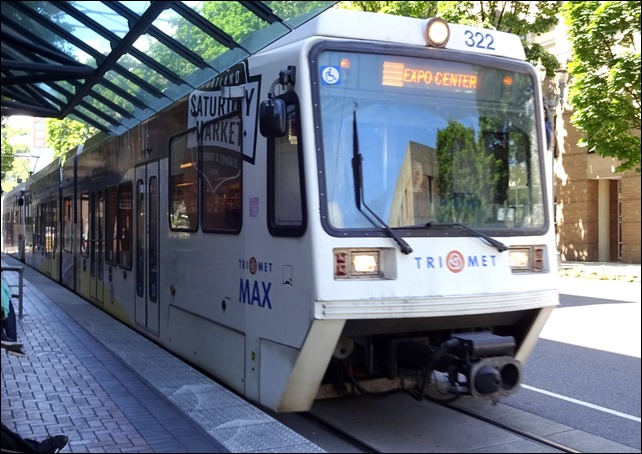 The farmers market was huge, and had lots of great looking produce and other food. We bought some bread and cherries and wandered around tasting all kinds of good things. 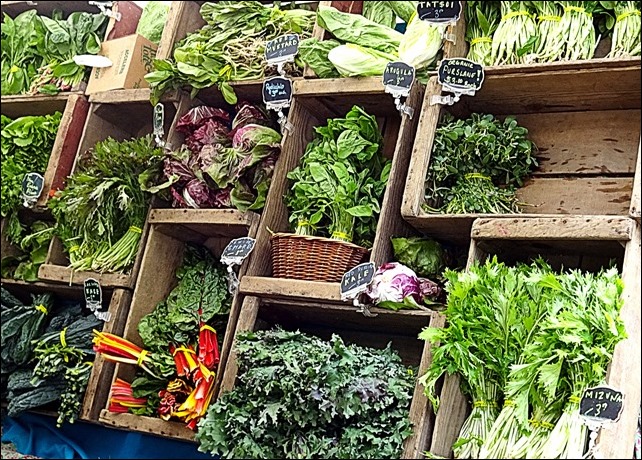 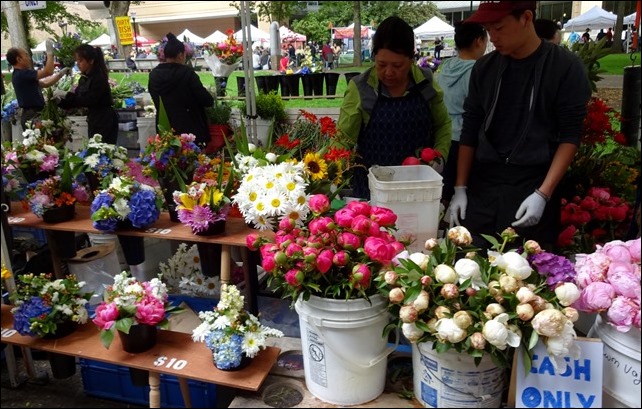 Quite a variety of little potatoes. 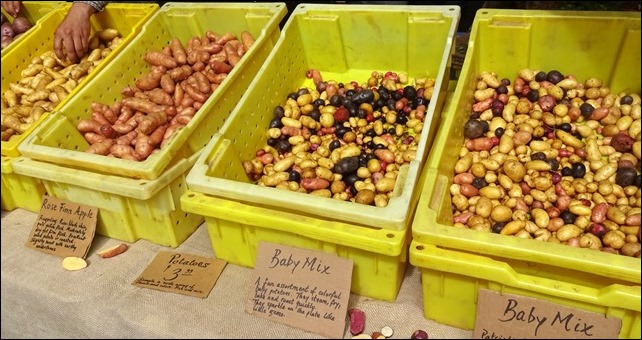 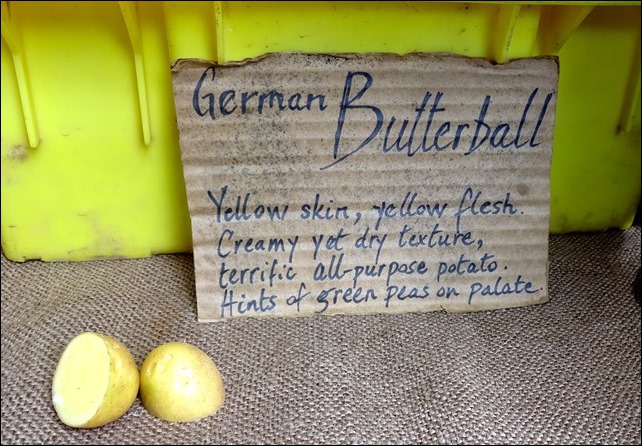 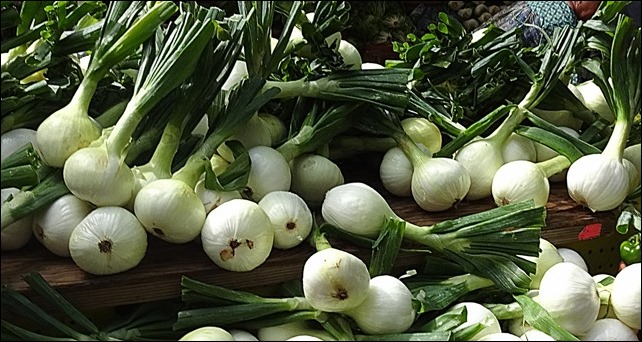 We were not alone. 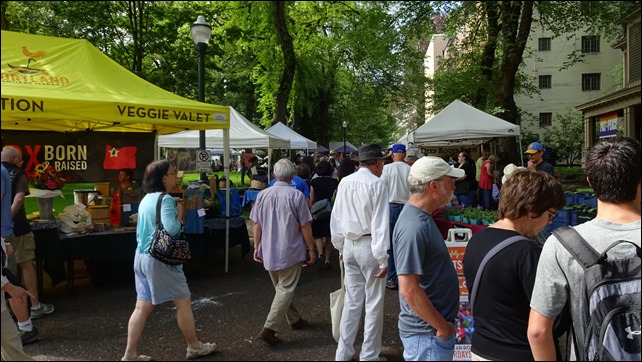 Got a kick out of this musician’s sign, mimicking the ones on the foods and produce. 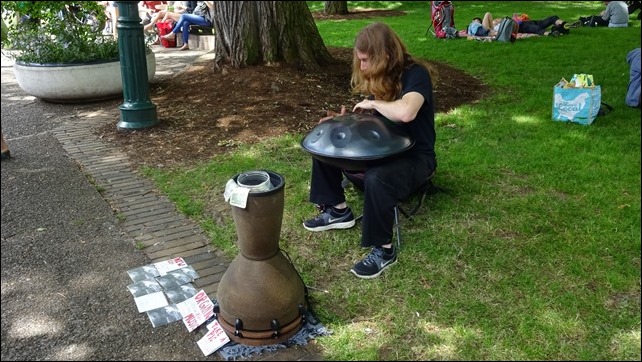 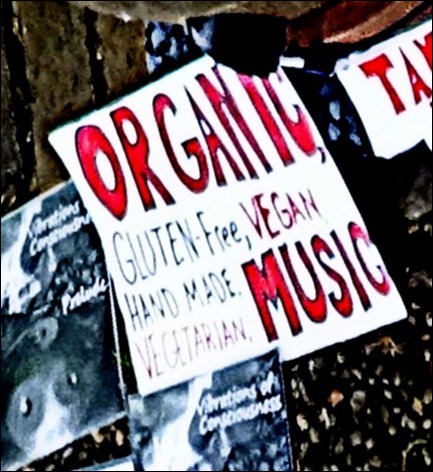 This beautiful old house is the PSU Alumni Center. 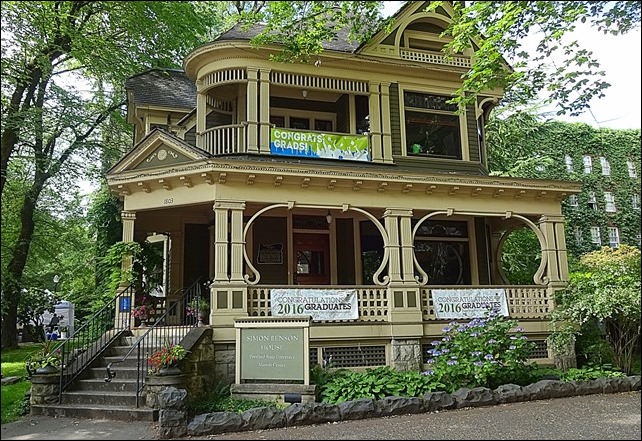 We then got back on the train to Courthouse Square, where they have a display of a Montainer home. This one is 200 square feet and costs $50,000 on your lot. Jeanne checking out the bathroom. Believe it or not ours is bigger. 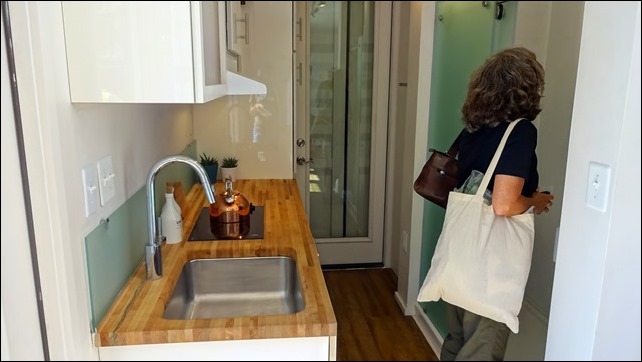 And it’s a wet bath, so not ideal. It’s a great idea, though, and they said the best seller is the 640 square foot one, which has a real bathroom and bedroom. That one sells for $100,000. 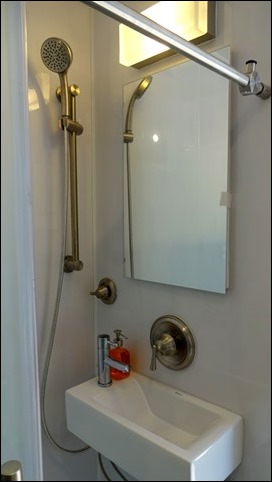 From there we walked over to the Saturday Market, which is mainly an arts and crafts type market. It was way too crowded and there was nothing we needed. 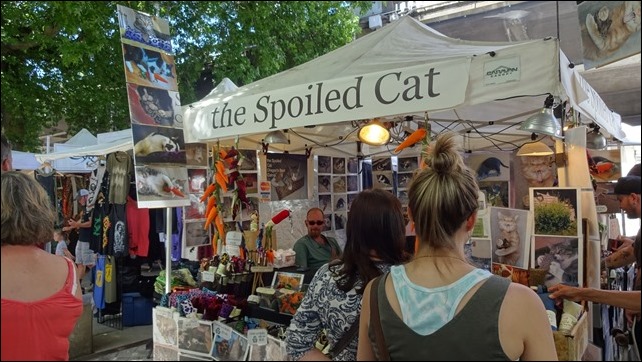 We passed by Voodoo Donuts, the big tourist attraction, where the line wrapped around the building. Are people just crazy? We had enough of crowds and hopped the train back to the Expo station. A great way to get around the city. In fact, today we are doing it again to get to the Portland Craft Beer Festival in Fields Park, where we have volunteered to be beer pourers. For three hours of work we get 10 beer tickets, so after our shift ends at 3:15 we can taste to our heart’s content and not have to drive home. Should be an interesting afternoon.