A Hike to Pioneer Cabin and Other Miscellany

We were told the hike up to Pioneer Cabin was a must-do in the Ketchum area. It took George and Tina some convincing to get Jim to agree, but after a day of rest and with mostly clear skies, we drove about 8 miles northeast of Ketchum to the trailhead off Corral Creek Rd. At just under 4 miles and with 2.450’ of elevation gain, it’s not the easiest trail, but definitely worth the effort. After relentlessly climbing through the forest, we finally emerged into an open meadow, and the views just got better and better. 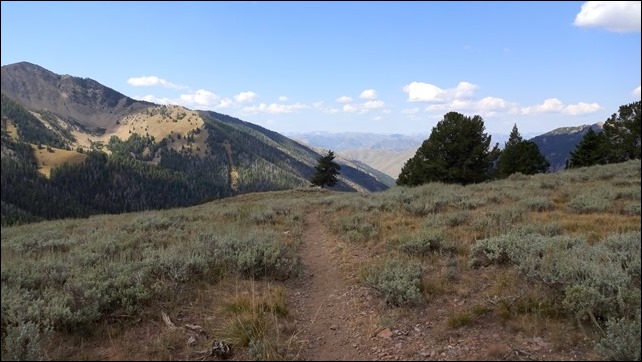 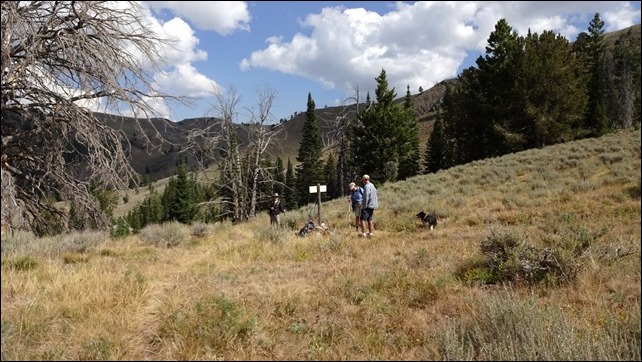 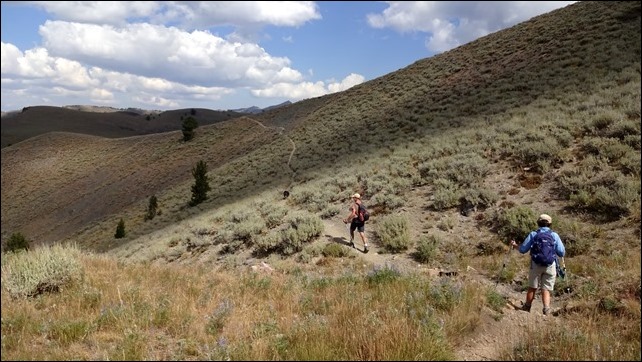 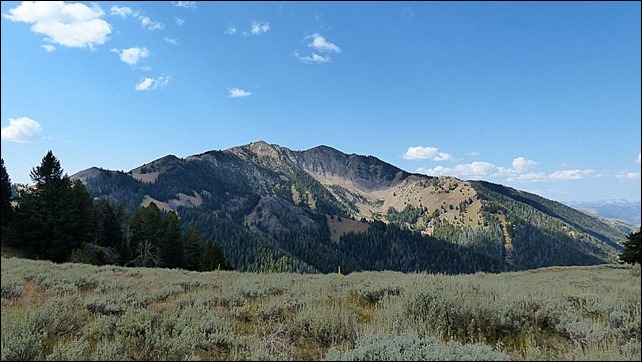 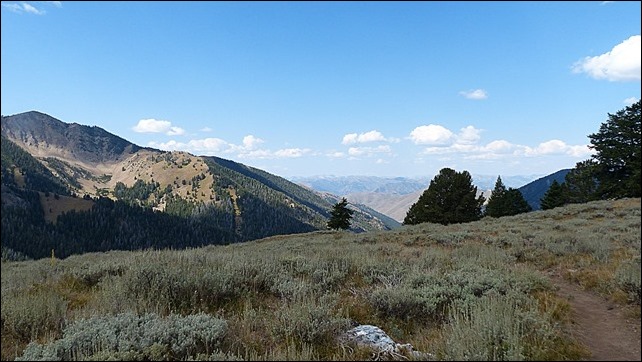 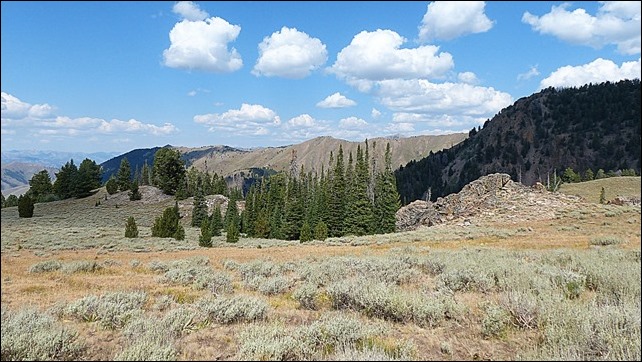 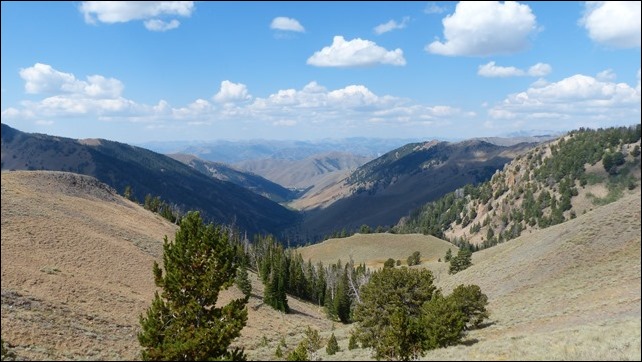 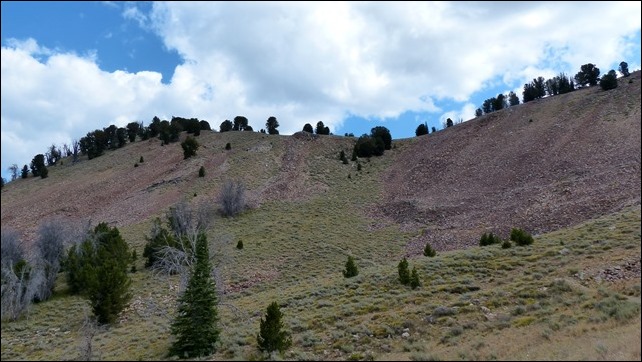 This last section of switchbacks seemed to go on forever, but Tina kept telling me we were getting close. 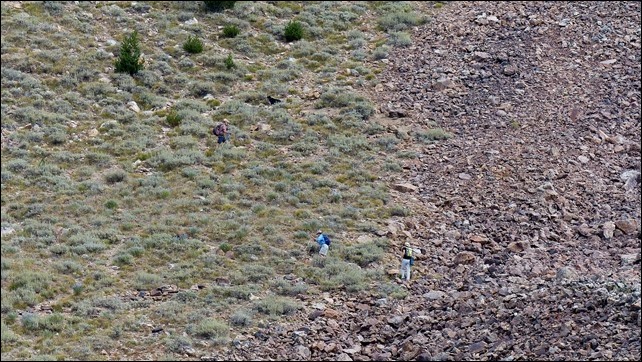 Finally we crested a saddle, where the Pioneer Range appeared seemingly out of nowhere. 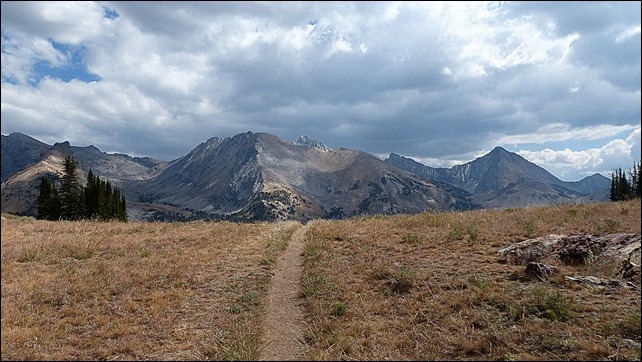 And there was our destination, Pioneer Cabin. 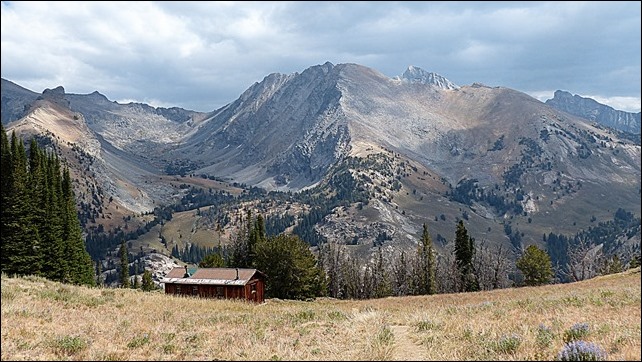 Built in 1937 as a ski hut, it is now owned by the Forest Service and is open for use. 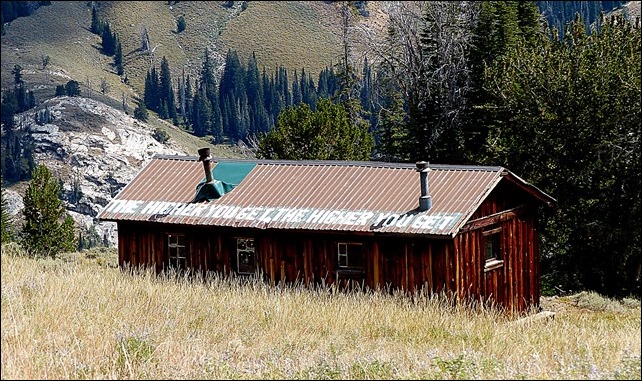 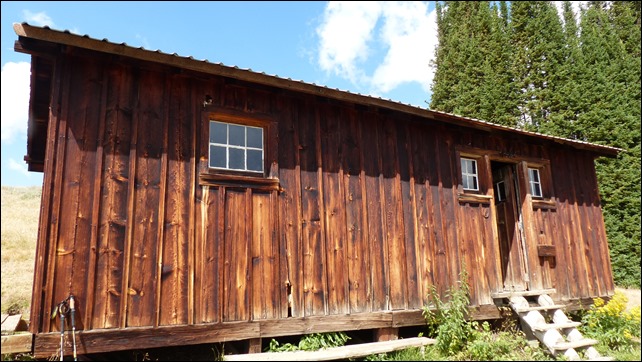 Yeah, we got pretty high. 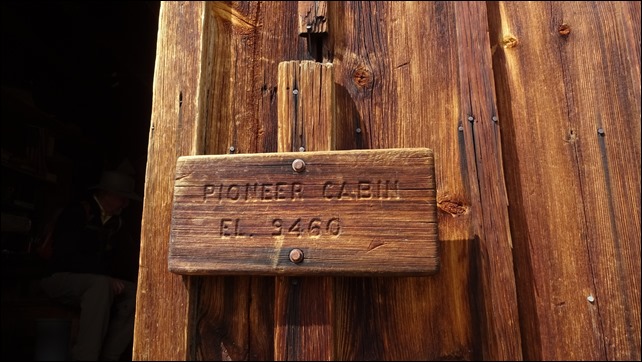 Hikers can seek shelter and even spend the night. 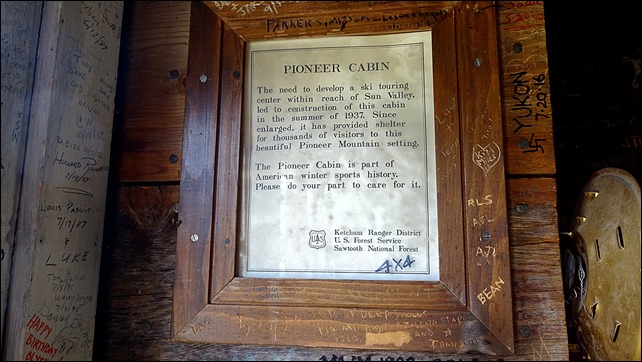 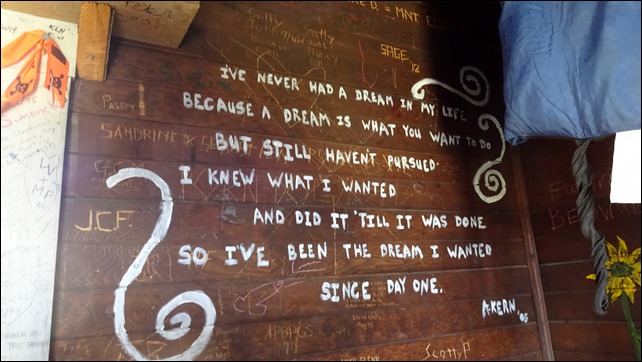 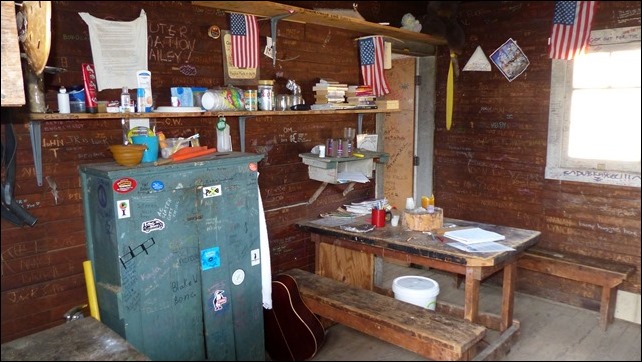 I would advise bringing your own bedding. It’s not the cleanest place. 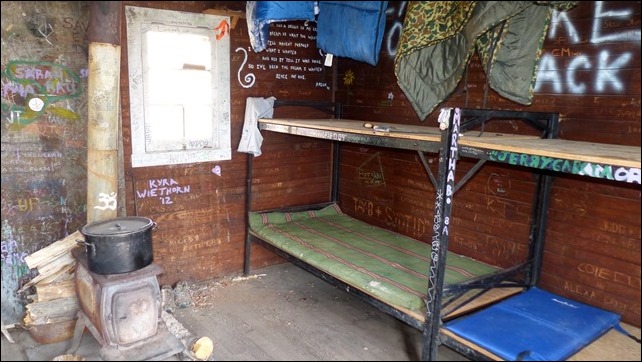 But it is truly in an idyllic setting. 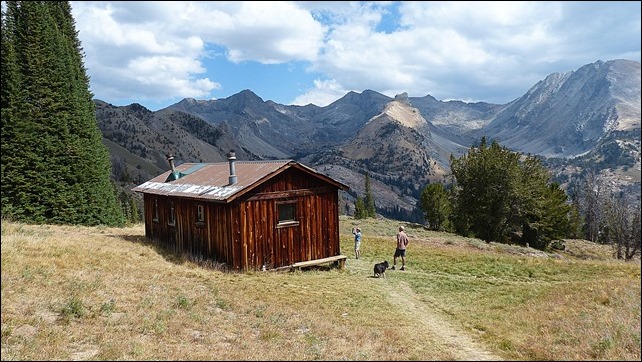 View out the front door of the cabin. 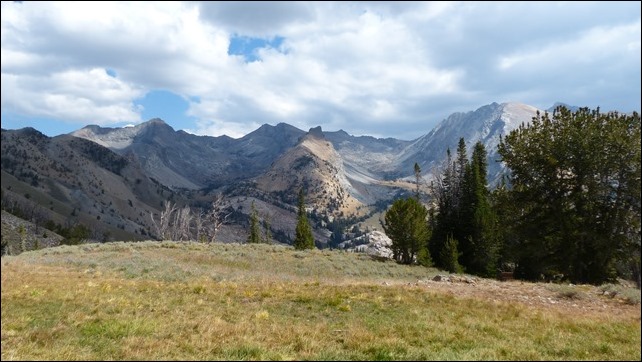 We had quite a scenic spot for lunch, although it was windy and cool. Yes, it was definitely worth it, and all downhill on the way back. 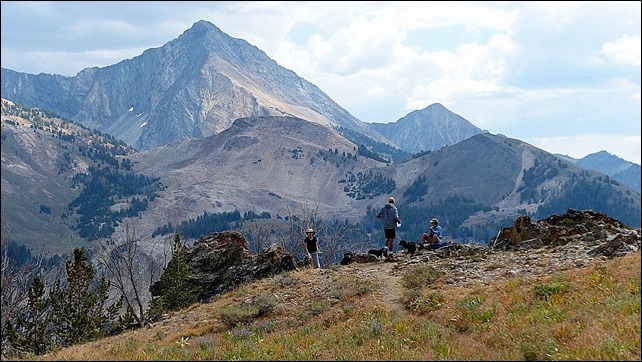 In other news, we were riding bikes on the Harriman Trail the other day, which starts just a half mile from our site, and passes by a couple forest service campgrounds. We had to make a detour to check out this RV. The owners were not home so we didn’t speak with them, but we couldn’t help but wonder why you would have this great off road vehicle and be parked in a fee campground. 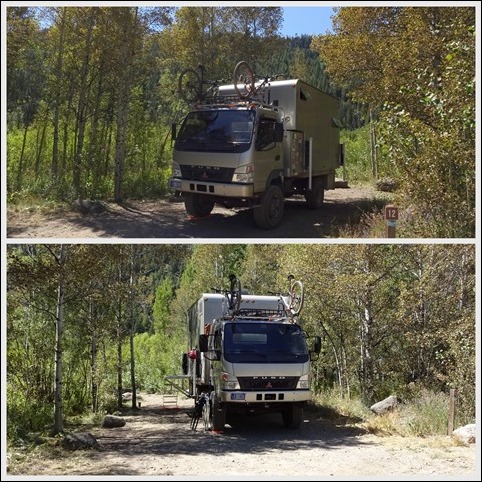 On Friday afternoon our adopted nephew Casey stopped by for a few hours on his way to a weekend programmers camp about 30 miles north of here. He’s actually the nephew of good friends from Florida, and we were so glad he stopped by. He brought us a bunch of veggies from his and a neighbor’s garden in Colorado. Thanks, Casey! 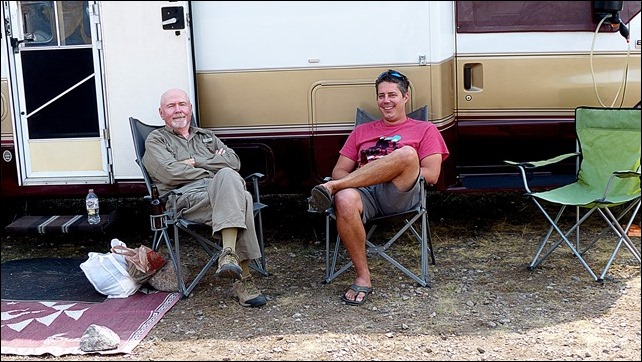 We are feeling better about the cats as each day goes by, but Jim just had to find out how they are doing. He emailed the director of the shelter, who wrote back and said they are healthy and eating well, and Sophie is doing fine, but Elvis is not happy. She did not go into detail but said they are trying to find him a foster home until he gets adopted. Of course that made us feel terrible, but we knew as timid as he was, he would not like shelter living. We also saw their names listed in the shelter ad in the Wednesday local paper, which made us feel even worse. I know with time this will get easier.

And in more bad news, Jim has had gum inflammation and infection off and on for a couple years on his upper back molar. The tooth has a crown and a 30 year old root canal, and the dentist in Mexico last year said if it continues he should have it pulled so as not to infect the adjacent tooth, which is an implant. He visited a dentist in Ketchum last week who agreed, so he is getting it pulled by an oral surgeon in Hailey on Tuesday. He’s not very happy about this, but he’s hoping since it’s the last tooth he can go without it. If not, we’ll be heading back to Yuma this winter so he can go to Algodones for another implant. We were hoping for a year without either one of us needing more dental work, but looks like that won’t be happening.