We would like to thank all of you who commented or sent emails about the cats. I was surprised by others’ stories about having to do something similar. I never believed we could give up a pet, let alone two, but we were at our wits end and we felt it was really our only option. Jim wants to call and see how they’re doing, but I don’t think that is wise, and I would rather just think they are adjusting fine and will be adopted soon. 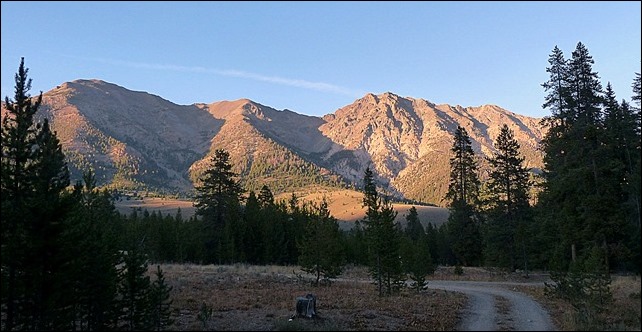 After almost two weeks with no phone or internet connection, and in need of water and dumping tanks, we moved from our shady spot in the forest to an open meadow just 10 miles south. We had our eye on a site near the Sawtooth NRA dump/water/trash off forest road 146, but whenever we stopped to take trash it was occupied. Our friends George and Tina were moving to a site less than a mile farther down the road, but we weren’t crazy about the rutted road to get there, and we wanted a more open spot with a view. We were lucky that on Monday morning the site we wanted was vacant, so I parked the car and a chair there, and met Jim at the dump. We then drove the eight miles to Ketchum, Idaho to get propane and gas in the Lazy Daze, and came back to settle in. 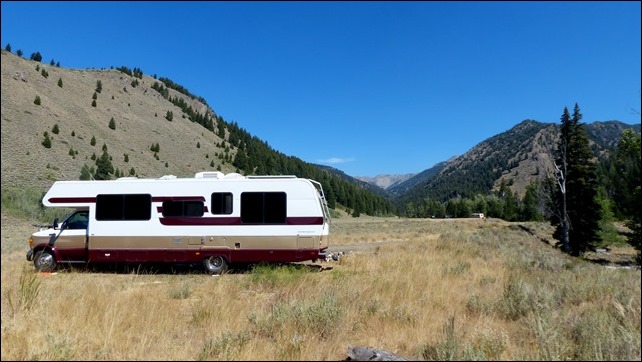 How nice to have full sun, a view of something other than trees, and three bars of Verizon 4G. 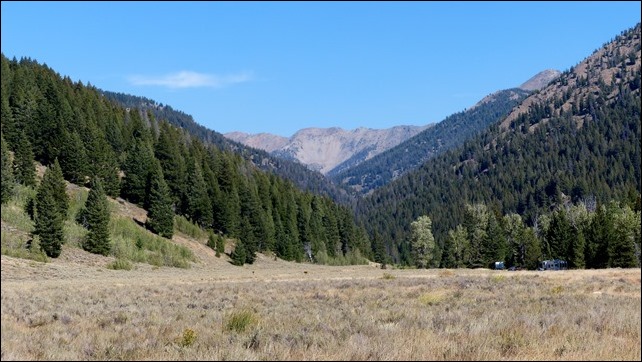 On Sunday we did a hike listed as easy in our guidebook, the Titus Lake trail from Titus Creek Road, near Galena Summit. Turned out that 1,300’ of climbing in 3 miles to the lake was not very easy, as a big part of the climb came in the last mile of steep switchbacks. The description also said this would be a good hike if you were looking for solitude. That is if you consider solitude running into 5 bicyclists, 3 people on horseback, 8 other hikers, and numerous dogs. George and Tina said they had never seen anyone else on that trail. 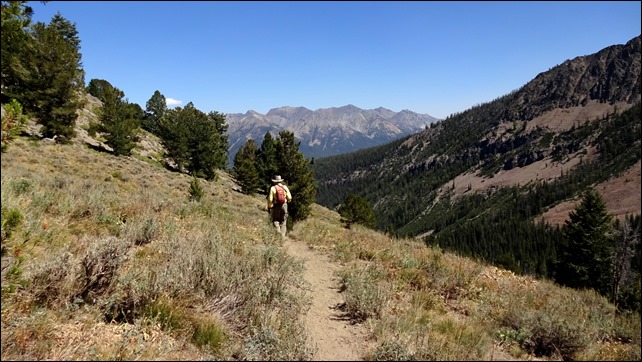 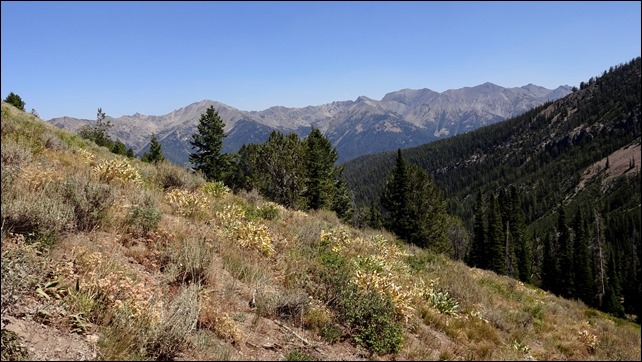 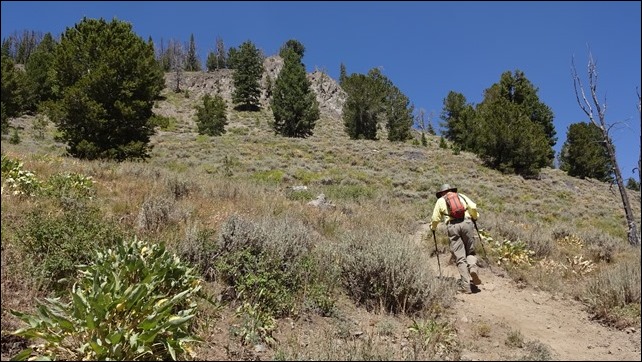 Titus lake can also be accessed by a more popular, less steep 1.5 mile trail off of Hwy 75. 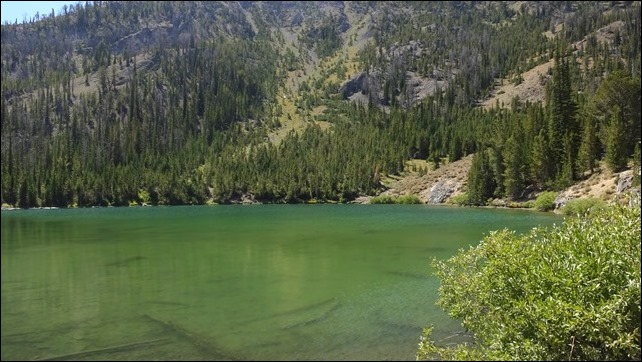 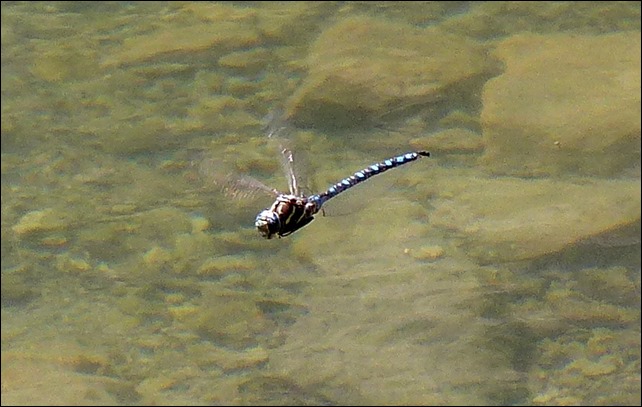 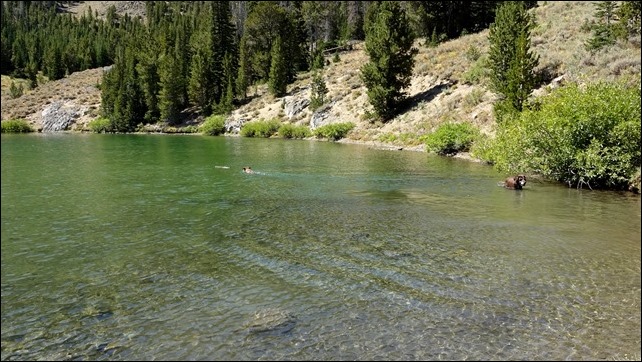 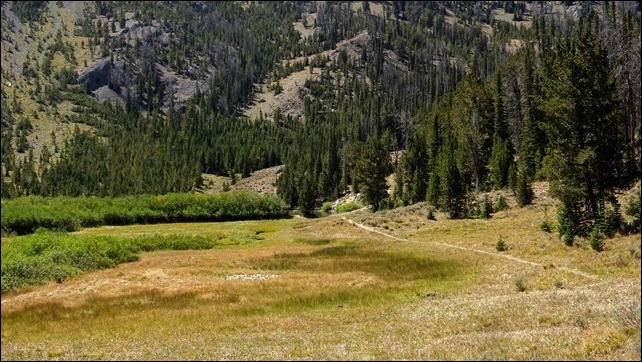 Our plan is to hang around here until after Labor Day as long as the smoke stays away since there is a lot more to see and do in the Ketchum area.