A New Toy Just in Time for Christmas 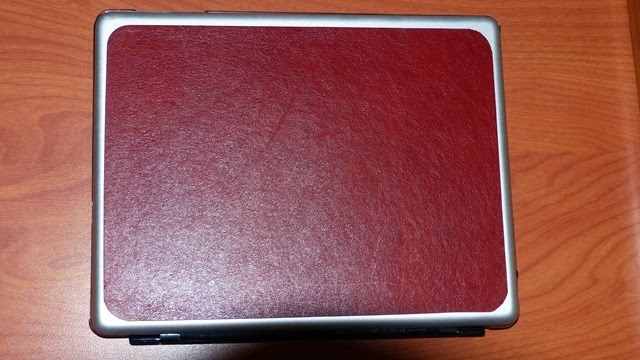 For many months now our old Samsung netbook computer has been acting up, probably something wrong with the graphic card which causes all kinds of psychedelic colored lines to jump around on the screen. The cursor has also been freezing frequently, so Jim had been researching a replacement.

Coincidentally a friend purchased a new iPad Air and made us an offer we couldn’t refuse on his old iPad 3. It’s only a year old and he threw in all kinds of cords and an ultra thin cover/keyboard. 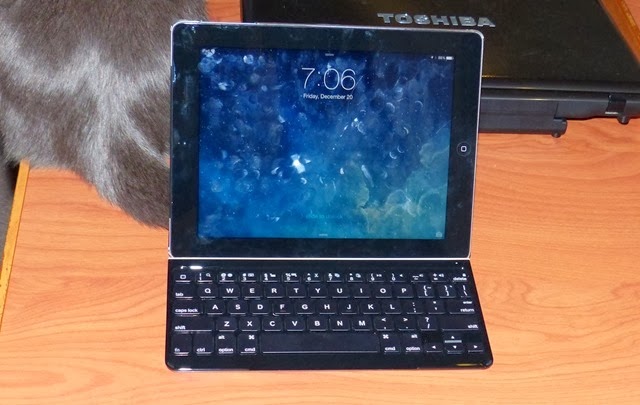 Aside from some initial frustration over difficulty accessing Gmail (which turned out to be user error on Jim’s part), we really like it so far. We’ve put some free apps on it already such as Duolingo (I’m learning German, Jim is attempting Spanish), and Garage Band, which seems like it will be fun. If anyone has a favorite app you think we’d like, let us know. I think it will be a good replacement for the netbook, which we used for looking at email and surfing the internet. All our important information, photos, music, etc. will still reside on our 17” Toshiba.

One problem with staying at McDowell Mountain Park is the lack of a nearby laundromat. Apparently Fountain Hills is too upscale to have one, so the closest one is at an RV park at Fort McDowell, 11 miles away. We tried it once but it is expensive and there are not many washers and dryers. We also got the impression that the RV park residents weren’t too happy that outsiders were there taking up the few available machines.

So that means having to drive 20-30 miles to Mesa, Apache Junction or a not so desirable area of Scottsdale, which is what we opted for a couple days ago. I noticed that Phoenix Mountains Recreation Area was not far from the laundry, so we went there for a hike when we got finished. It was hard to believe the big city surrounded us on the rocky, rugged trails, and it was a nice change to be walking on trails rather than riding our bikes.

The afternoon was hazy and overcast, not good for photos. 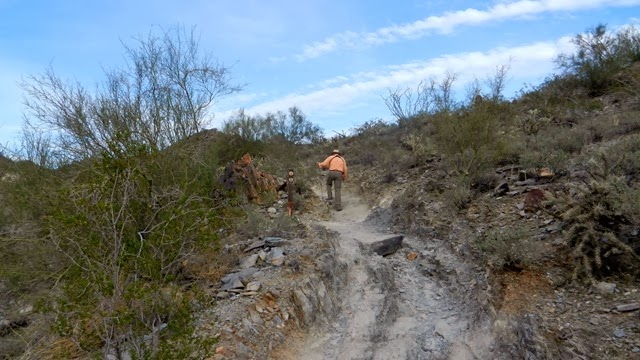 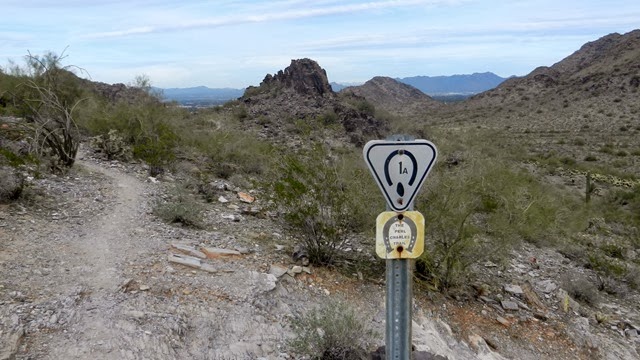 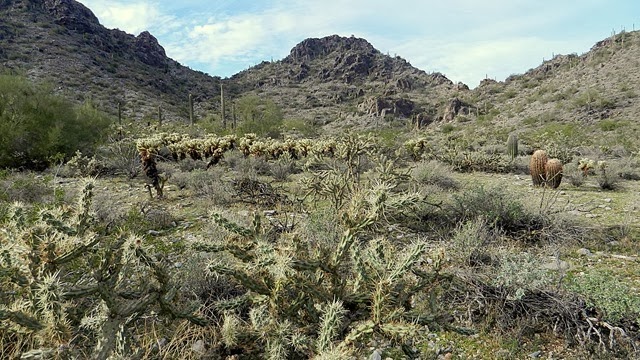 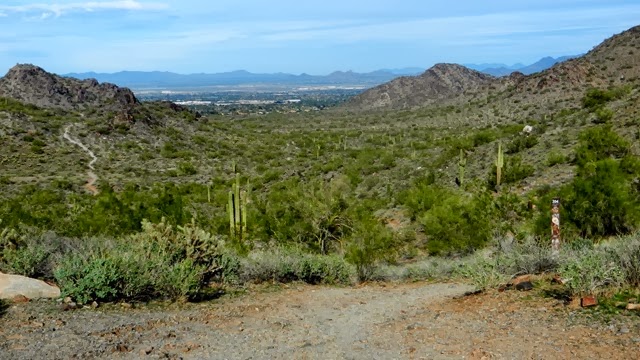 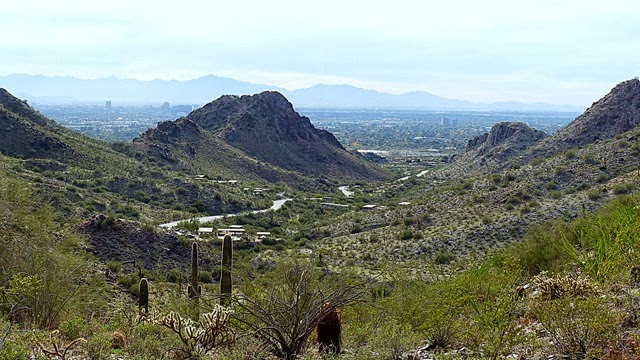 This pair of Gila woodpeckers must really be thirsty, as one of them keeps coming to the hummingbird feeder, while the other works on trying to get water out of our spigot. We’ve had a good rain overnight so maybe they will find some easier access to water today. They are driving the cats crazy! 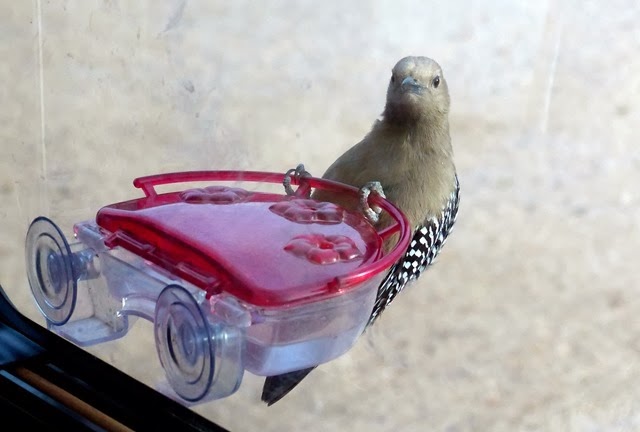 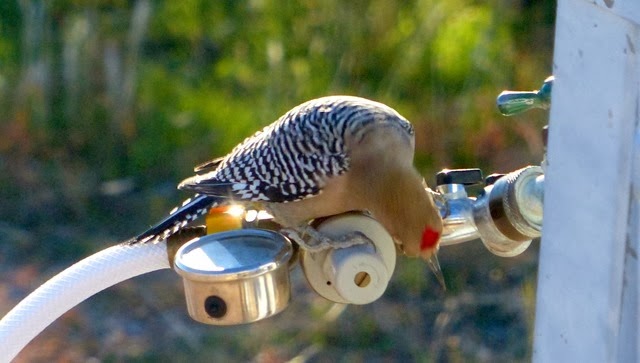