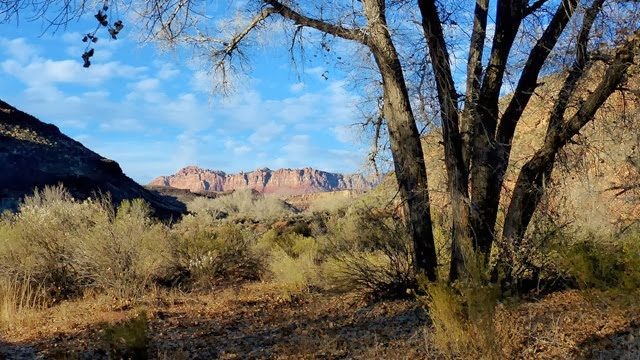 We had hoped to do one more mountain bike ride before we left, but with the temperatures in the low 50s it’s been just a bit too cool for us to enjoy biking. After our Thanksgiving feast at the RV park, where we had plenty of vegetable dishes and desserts to choose from, we took one last walk on the BLM land behind the park. We ran into doggie Blue and her owners and they told us of a different road to walk on out to a point overlooking Virgin. There is an interesting stone wall constructed at the end of the point. What a great spot for a house. 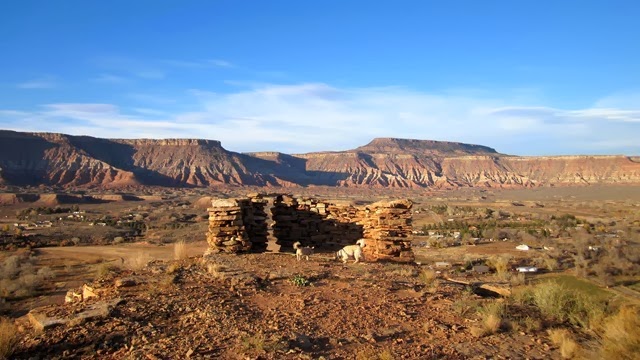 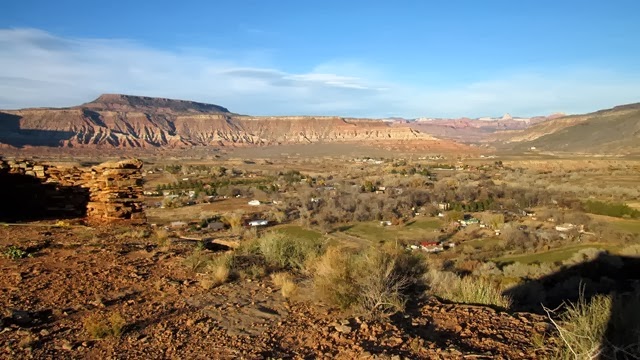 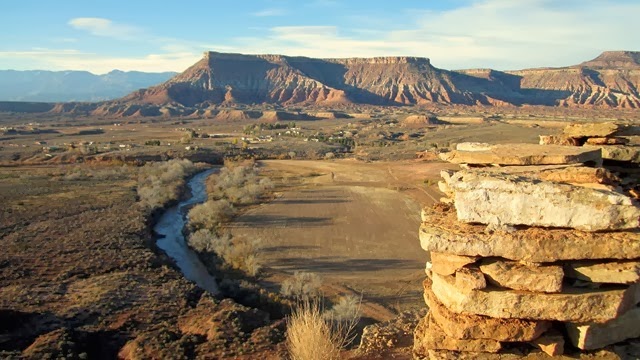 On Friday we went back to Coal Pits Wash, where we did the long loop hike with Mark and Bobbie. This time we found a narrow side wash and decided to do some exploring in the Zion Wilderness. It was another beautiful hike, and we got to do a bit of scrambling. 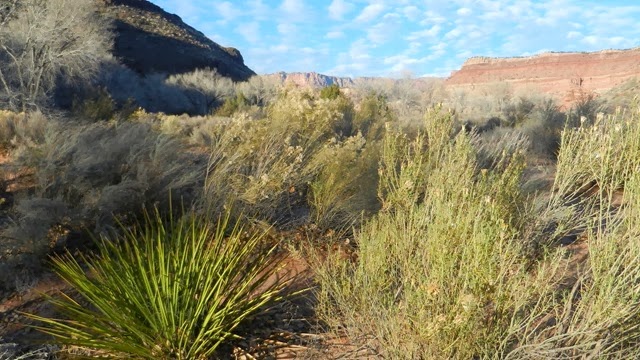 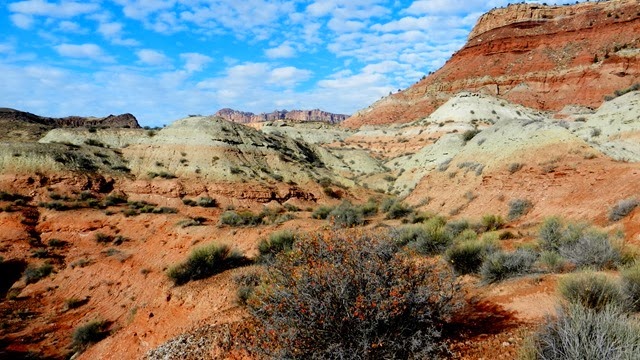 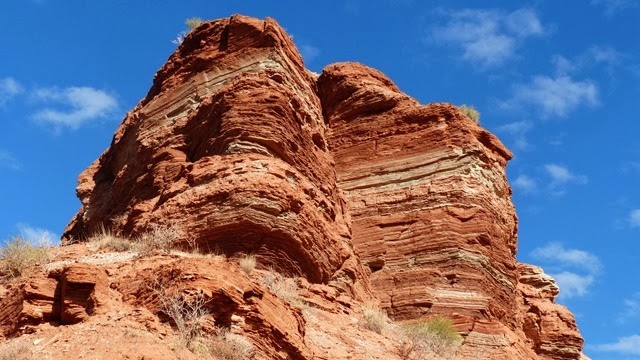 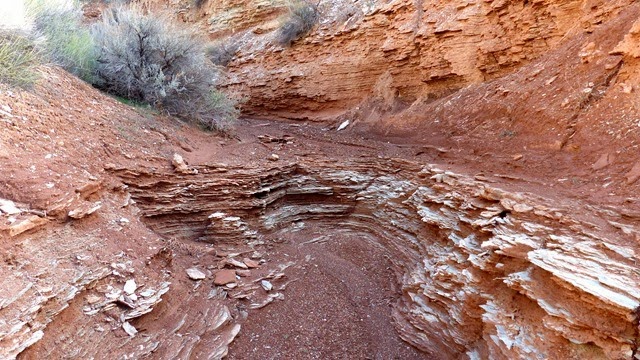 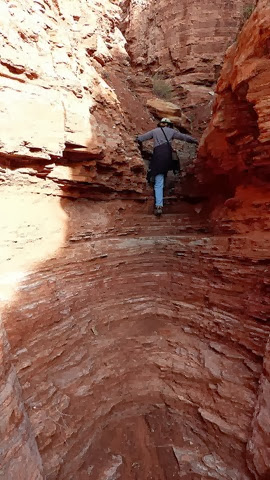 Nope, we’re not going to make it up there. 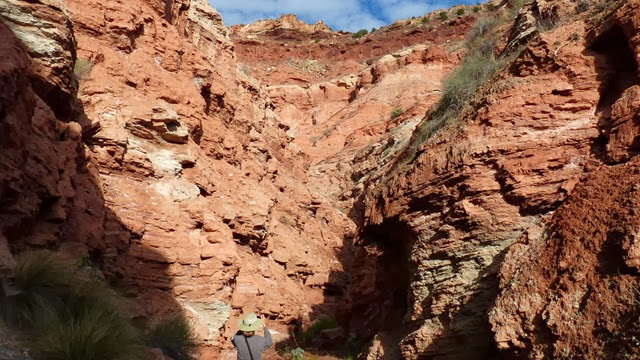 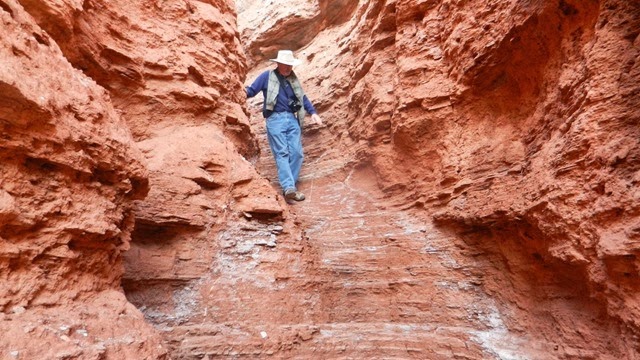 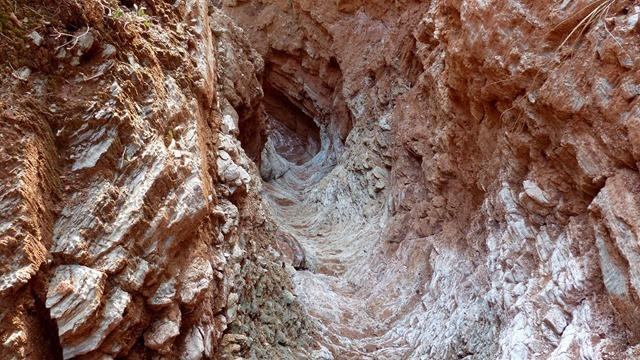 Debbie headed out yesterday to spend the month of December visiting friends in Casa Grande, AZ. We’ve traveled together for a good while now so it will be strange to be on our own again. We wanted to do one more hike here so we decided to go back to the nearby Guacamole Trail where Jim and Mark fell on their bikes. Hiking it was much safer. It’s a pretty technical mountain bike trail, not one I would want to do, although Jim says if we come back here next year he would give it another shot. 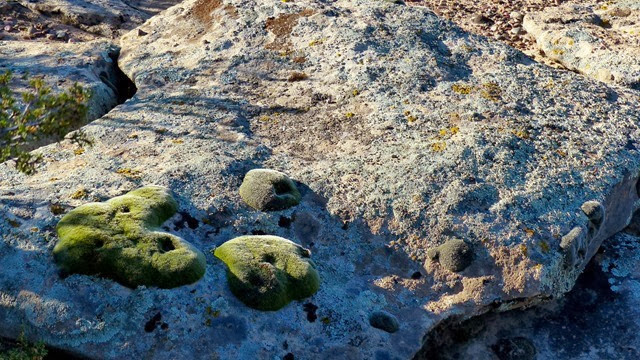 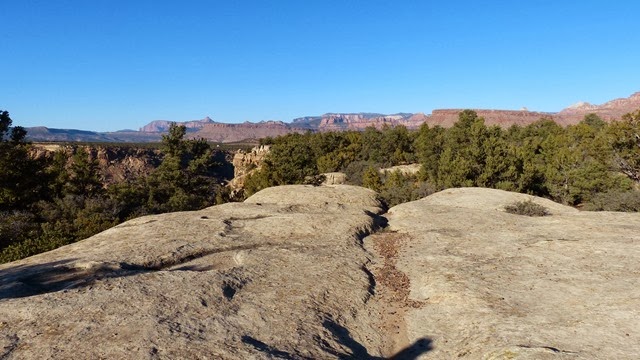 Part of the trail goes through a previously burned area. 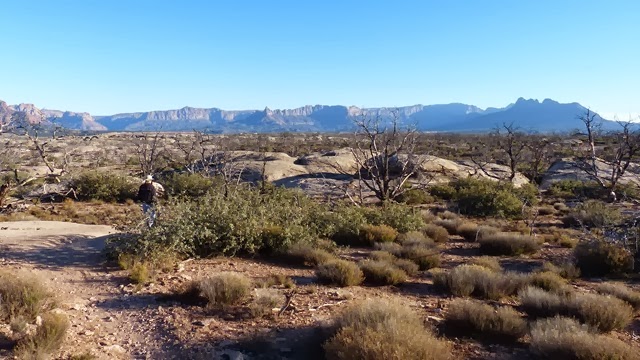 Yes, this is the trail. Lots of obstacles. 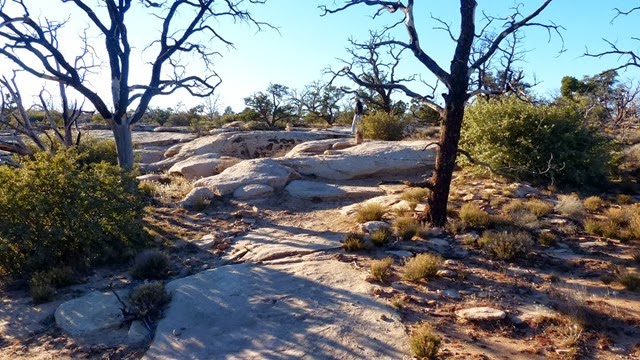 This is where Jim fell and injured his thumb. He’s thinks he’s figured out how to get up over this rock the next time without falling. 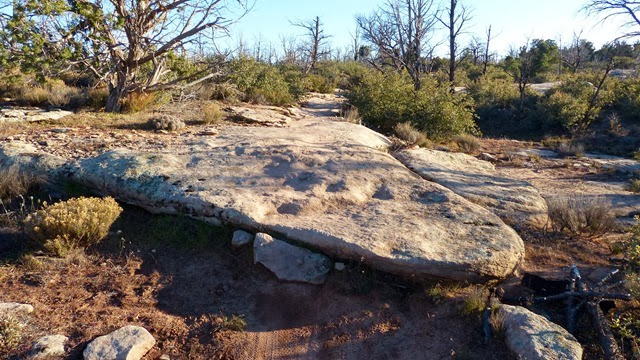 And an update on Benny Z the cat. Despite some other confrontations with the older couple, late yesterday afternoon we spoke with the family and little girl. They had Z in custody and were planning to leave around 5 a.m. this morning. Last night about 9:30 we heard a vehicle and I looked out the window and saw a motorhome towing an ATV go by heading to the exit. Sure enough it was them, so they must have decided to take him away after everyone was in for the night. Yeah! They promised to email photos after they get home and let us know how he is doing. It appears this story had a happy ending after all.

And today we’re off to Lake Mead where it’s supposed to be warmer, at least for a few more days.