Still In The Saddle 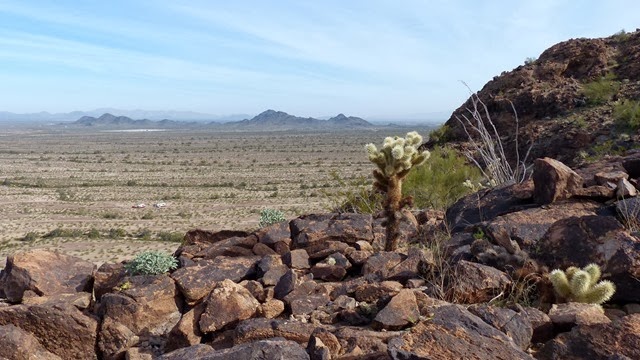 We’re having such a pleasant time at Saddle Mountain and the weather has been cooperating, so we see no reason to hurry on to the crowds at Quartzsite. After a couple of busy months and spending too much money, it’s been nice to be back on free, little used public land with nothing to do but a daily hike or bike ride. In fact the car hasn’t moved since we got here New Years Day. 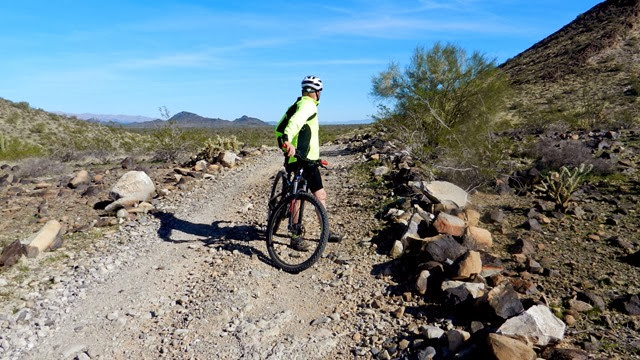 We stopped at the T/A Travel Center in Tonopah for gas on the way here and decided to weigh the Lazy Daze and car. It’s been a couple years since we last weighed, and we had a feeling we were probably over, since things have a tendency to accumulate without even trying. 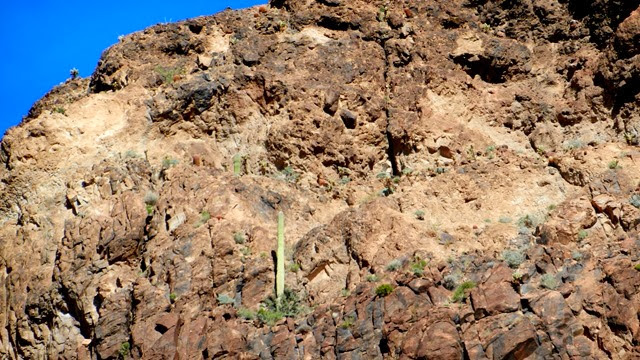 Our rear axle was 400 pounds over, but at least the front was 200 under. Having filled the water tank before leaving McDowell Mountain, and just getting gas before weighing, we knew we would be overweight but had no idea by how much. 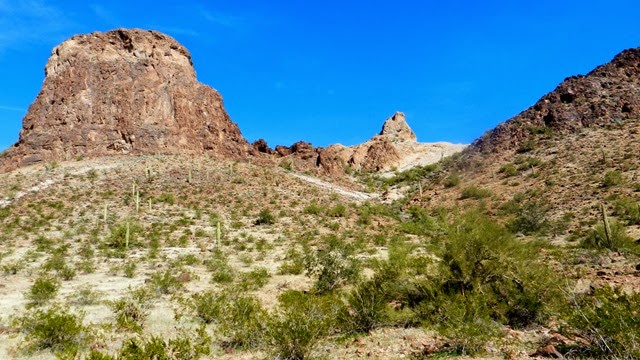 So we’re taking advantage of the time to do some cleaning out of our storage bins and surprisingly we found quite a bit of stuff we can do without. Some is going in the trash, and the good things will be put on the freebies table in Quartzsite. We also redistributed several heavy items to the front storage from the back, which should help a little. 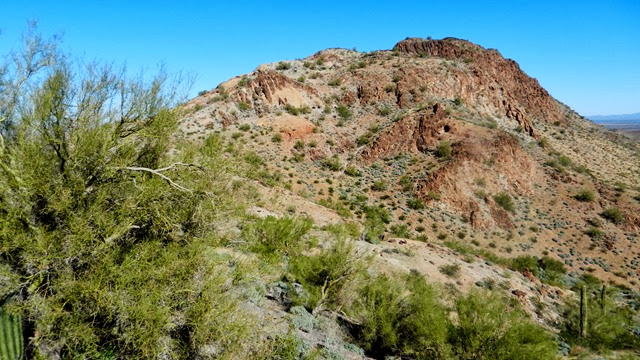 After tackling the outside bins, we were inspired to work on the inside storage areas. So far we’ve gone through the two long overhead cabinets in the living room, and the area under the couch. We filled up a couple more trash bags with junk we found up there, and emptied out three Sterlite containers. 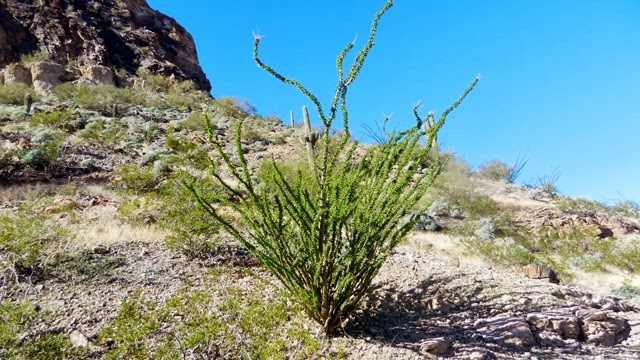 Our hike turned out to be a little longer than planned yesterday, but afterward Jim cleaned out some more inside containers, while I touched up some paint chips on the Lazy Daze. 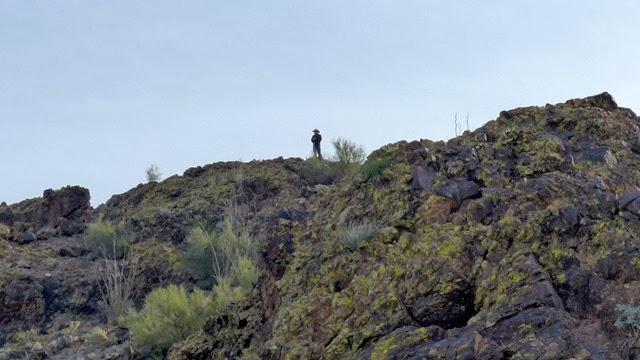 It feels good to have accomplished something, but finding a place to throw away garbage while boondocking can be a challenge just dealing with our every day trash, so it isn’t the smartest thing to do major cleaning when you are nowhere near a trash dumpster. We talked about hanging around here until we need to dump our tanks, but now it may be dependent upon how many more garbage bags we can fit in the car.

Here are a few more photos from our hiking and biking around Saddle Mountain, a rugged, rocky, volcanic desert landscape. It just so happens to be located about 10 miles from the Palo Verde Nuclear Generating Plant, the largest in the U.S., and the only one not located near a large body of water. They evaporate the water from treated sewage of nearby towns to provide cooling of the steam. We haven’t climbed high enough on the south side of the mountain yet to see it from here. 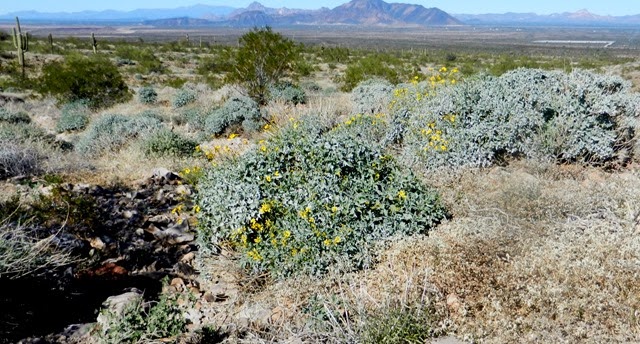 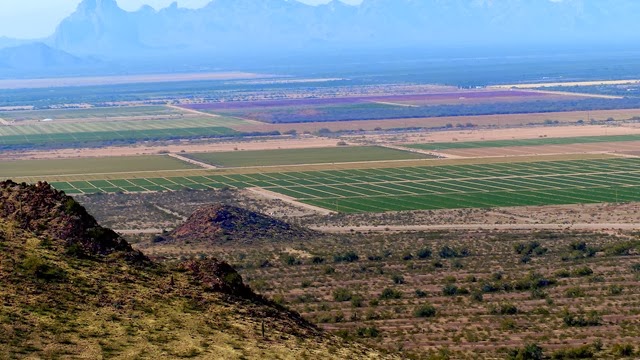 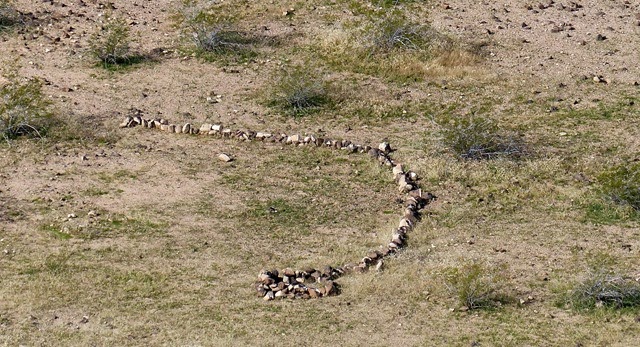 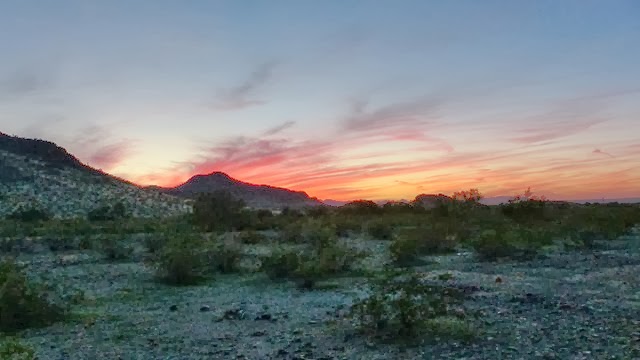