Yesterday afternoon we spent a fun couple of hours at the first annual Quartzsite Blogger Fest. Thanks to Geri and the others who came up with the idea and put this together.

At first everyone was milling around, putting on name tags, and chit chatting. 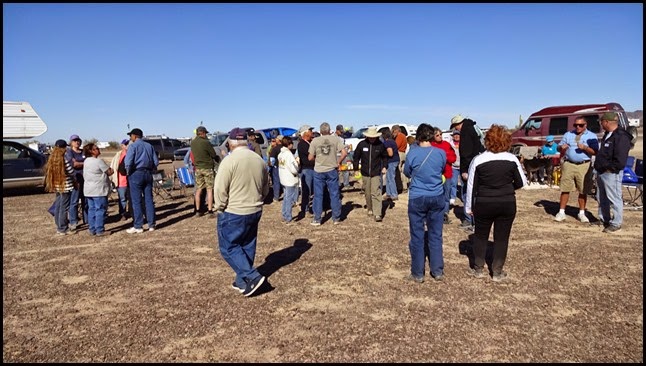 I like what Judy said about “herding cats” while Geri and Sandie were trying to get everyone to sit in a circle so we could take turns introducing ourselves. We finally cooperated after some of us were reprimanded for getting into the food before the proper time. I won’t name names! 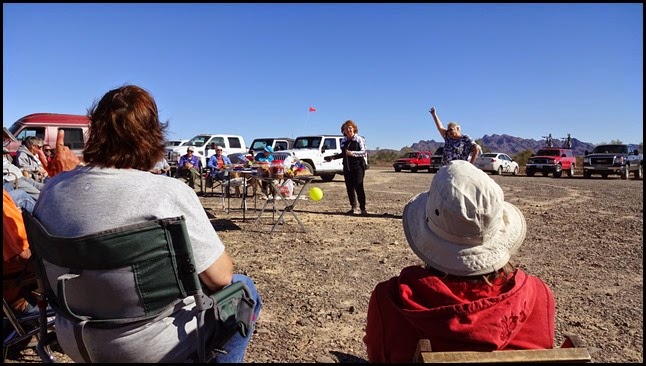 Judy introducing herself. We were disappointed she left Emma at home. 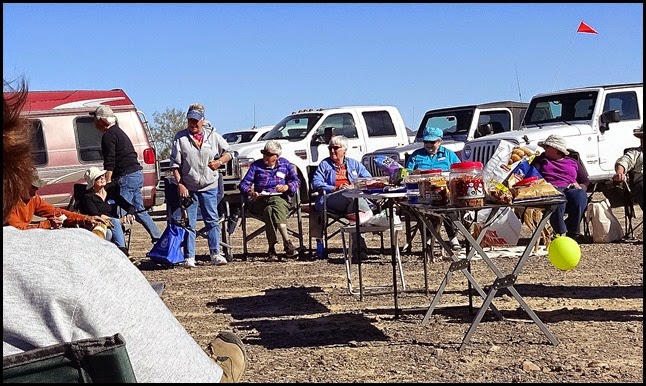 As we were sitting there I noticed a familiar looking dog working the crowd. Then we saw Al and Kelly of Bayfield Bunch walk behind us and realized it was Pheebes. Sure didn’t expect that they would show up! Judy was surprised that I was so tall, and I was surprised that Al was shorter than he looks in photos.

This is a horrible shot but it was the only one I got of them. 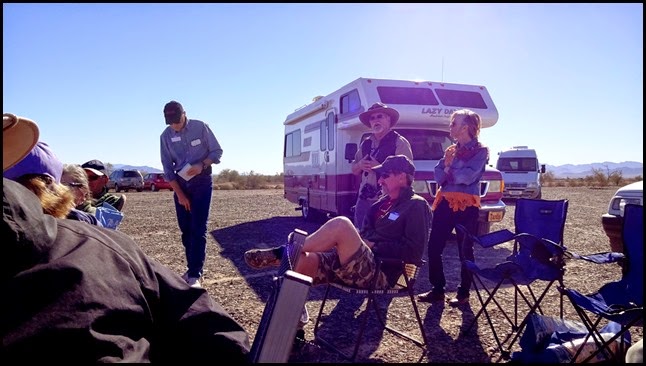 In fact I hardly took any photos since I was too busy running my mouth. Should have given the camera to Jim.

Pheebes and Yuma getting to know each other. We also got to meet Ivan’s cat Hailey who was not really into the crowd. 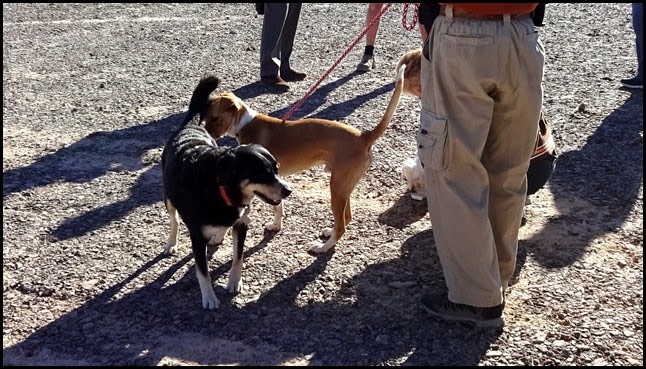 It was great to meet so many other blogging RVers but because there were over 50 people there we didn’t get to talk with everyone we wanted to. I won’t go into more details as many others have already blogged about the event. We do hope to see some of you again down the road!

When we got home it was cat walking time. One of the few things we bought in the Big Tent is a new harness for Elvis. The cheapie I bought at Walmart has to go over his head, which he hates, and he has learned to get out of it. 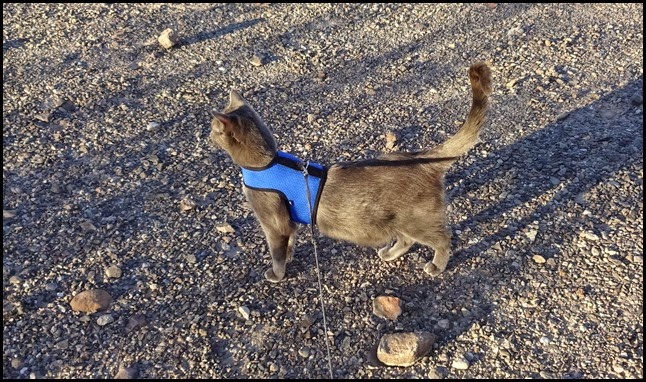 This one is much easier to put on since it has velcro on the straps, and I think he looks especially handsome in it! 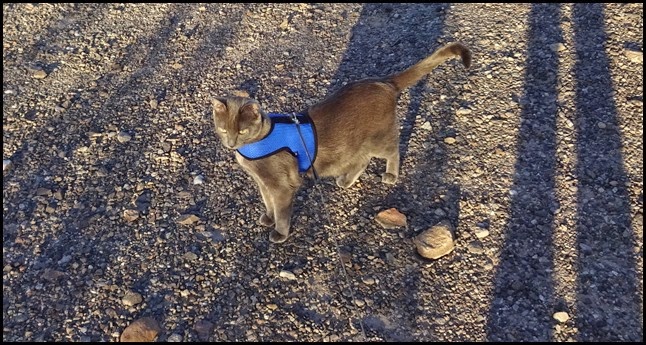