A Few More Days in Dolores 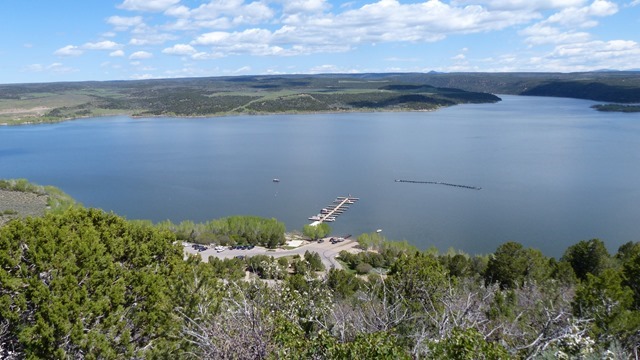 It’s been so pleasant here at McPhee Campground we decided to spend a few more nights. We’ve walked down to the reservoir just about every day, took our bikes over to the Boggy Draw trail one day, worked out and showered at the impressive Cortez Recreation Center three different times, and visited with Dave and Deb where they are working at the Dolores River Campground.

The trail to the lake is quite overgrown. We saw one young woman a couple days in a row going up and down multiple times, but it doesn’t appear to get much use. So far our Panasonic camera is still working fine. 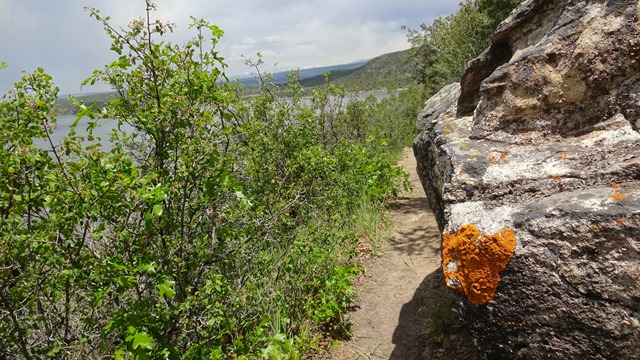 The rock outcropping at the top is the overlook where the trail descends. 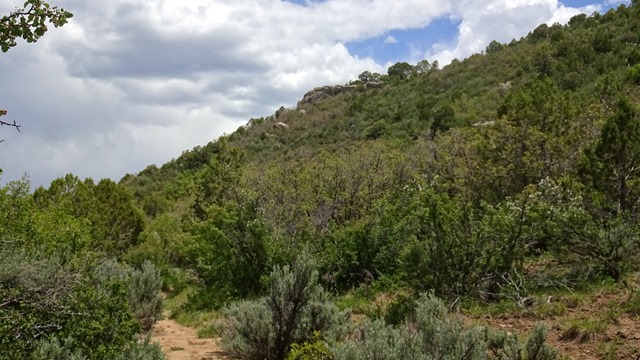 We did attempt to diagnose and repair the air vent problem in the Lazy Daze but were unable to fix it ourselves. Jim spent hours pouring over forum posts and YouTube videos but we are just not mechanically inclined enough to figure it out. The  short run of vacuum hoses we were able to access looked fine, but without taking the dash and doghouse off there is no way to get to the rest of them. Ford charges around $1,000 to repair this problem, so we hope to meet up with our friend Chris this fall, as he did an inexpensive work-around and said he would be happy to help Jim do the same.

These photos are from our Boggy Draw bike ride. We took the 9 mile “easy” loop, which was mostly smooth rolling singletrack through the forest, although there were a few spots where we had to get off our bikes to go over some rocks. And the uphill portions, although not that steep, were tough for us at 7,200’, but it’s always a good ride when Jim doesn’t fall. 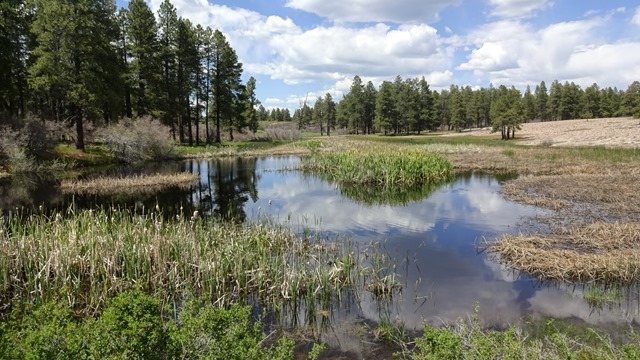 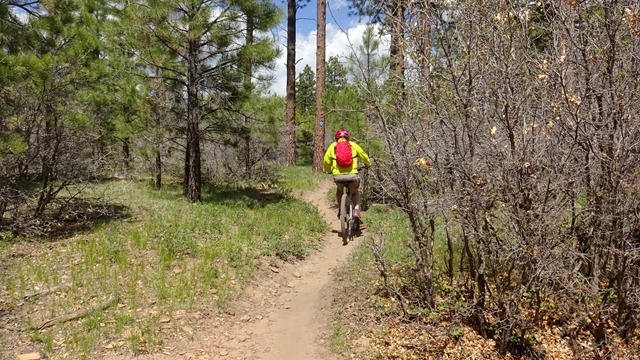 We also got a bunch of indoor chores done on a rainy day. Jim backed up computers, balanced accounts, paid bills, and scanned some receipts, while I did some trip planning and cleaned out my closet, which generated another thrift store donation bag.

Today we’re moving on to Ouray. Couldn’t be this close to the Box Canyon duo without stopping by to see what they’re up to.