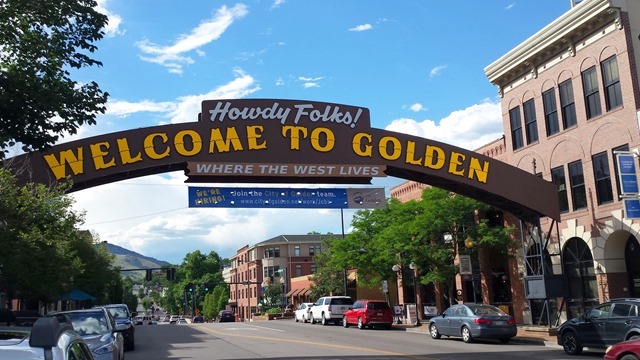 We spent four nights at Clear Creek RV Park, just a few blocks from downtown Golden. The park is run by the city, although they definitely charge private RV park rates, as we are paying $43/night for our water and electric site which is not on the creek. It’s close to $60/night for those sites. 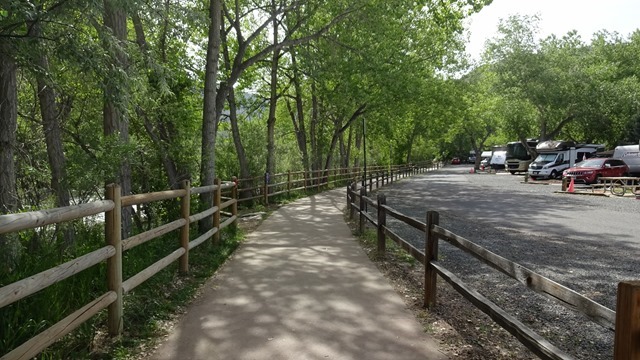 The attraction here is the Clear Creek trail and the short walk to downtown Golden. We’re also just a couple minutes from the Community Recreation Center, where we worked out a couple times. We just love these rec centers in many of the Colorado towns we’ve visited, as they are all affiliated with Silver Sneakers, so Jim gets in free. And the senior rate for me is usually $5 or less. (Here it is $4.50.)

Community park and recreation center next to the RV park. 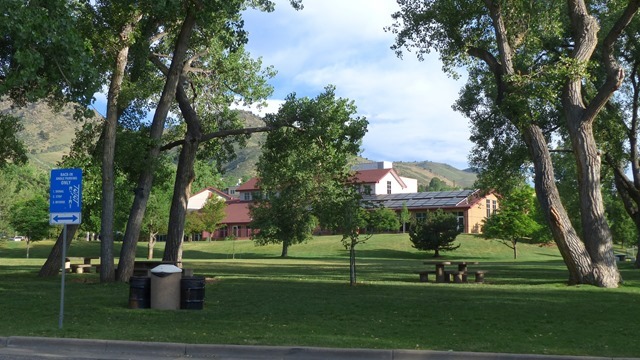 Clear Creek History Park is also along the trail, containing many original buildings from the old Pearce Ranch, originally located about 15 miles away in Golden Gate Canyon. 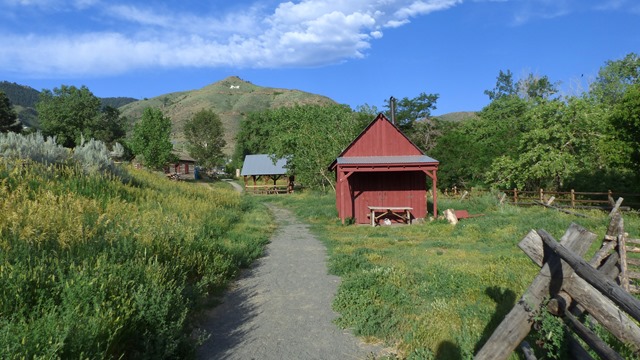 The M on Mount Zion was put up by students from the Colorado School of Mines in 1908. It was lighted in 1931, quite a visible landmark. 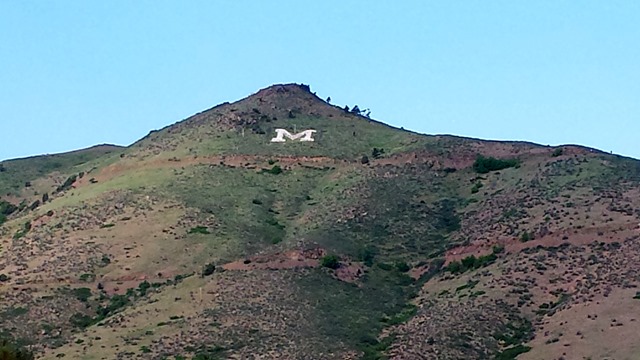 Some interesting history: “This is the world's largest lighted letter, signifying its allegiance to the Colorado School of Mines. It is a large letter "M" atop the face of Mt. Zion overlooking Golden, made of whitewashed rocks, and measures 104x107 feet, each leg measuring 10 feet wide. Every fall incoming freshmen bring new rocks up here to add to the M, whitewashing the rocks and themselves, and every spring graduating seniors come up here and get to take one of the rocks with them. The M was designed by CSM professor Joseph Francis O'Byrne in 1908 as an extremely difficult problem in descriptive geometry, and he succeeded in creating a letter that does not appear distorted from any angle. It is the second-oldest college letter monument in the nation only to the University of Utah's "U". It rests at 6,900 feet above sea level, on a slope of 23 degrees. CSM rivals have attempted to destroy it but they were not as well versed in explosives as the Miners. In 1931 the M was lit for the first time, and it has been continuously lit since March 19, 1932. Every holiday season since 1935 it has lit in red. Today its lighting system can turn the M into all sorts of creative color and shape arrangements at night, controlled from campus via telephone modem. It even counts down the days until the end of the semester.”

It’s been record-setting hot here, but we’ve biked and walked the trail a few times, and wandered around downtown with a stop at Golden City Brewery. Jim wasn’t crazy about their darker beers, but I really liked their IPA. 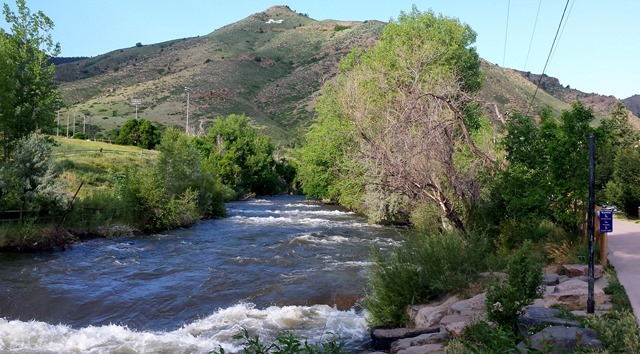 Our bike ride took us along Clear Creek and past the Coors Brewing Co, the largest single-site brewery in the world. We don’t care for their beers so we didn’t take the tour.

We rode along this portion of the trail for several miles and the brewery just went on and on. 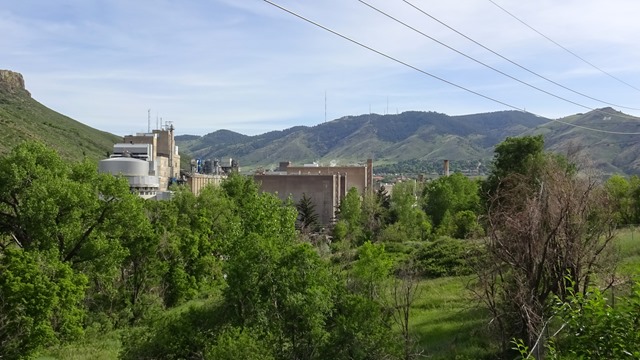 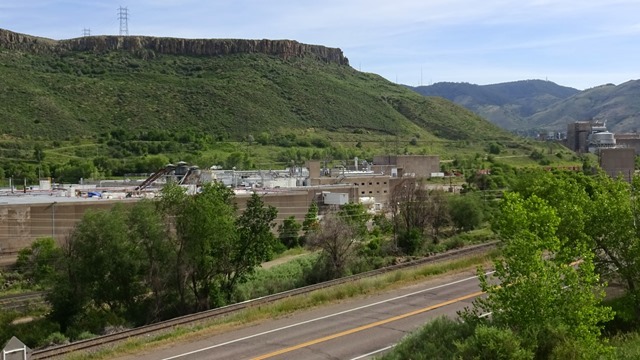 One day we drove up to Lookout Mountain where we did a couple of short hikes and visited the Buffalo Bill gravesite. We got a little drop in temperature as we went up but it was still 86 degrees at 7,300’.

Looking down into Clear Creek Canyon. 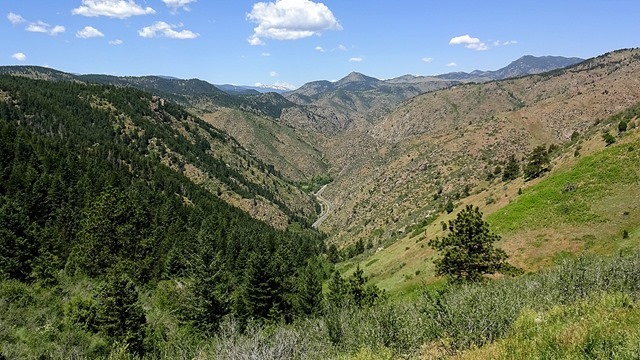 Gravesite. There is also a museum but we had no interest. 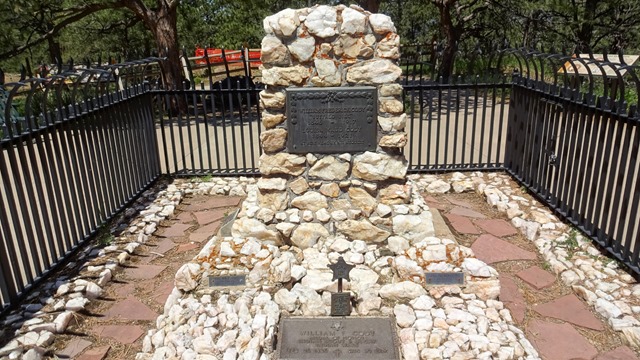 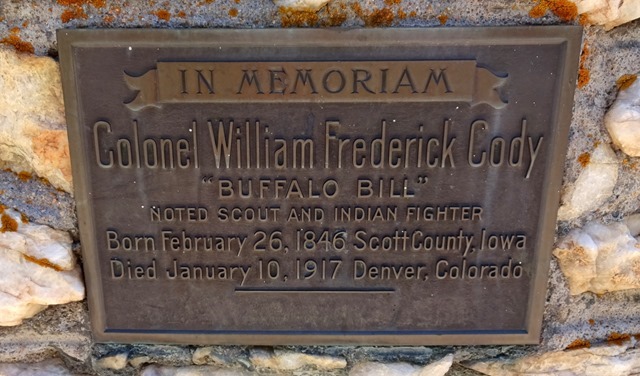 Jim was not impressed, but we did enjoy the views. 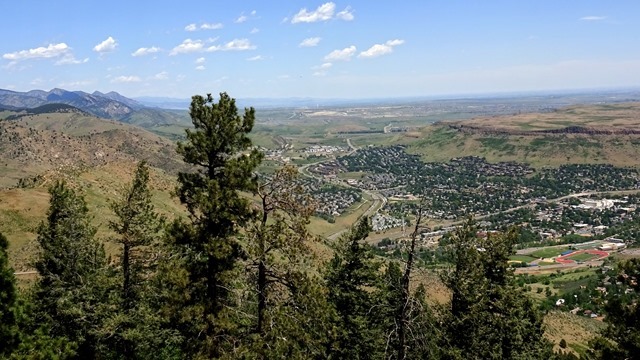 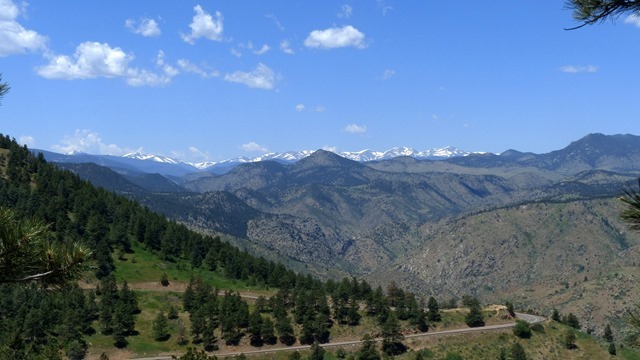 We also checked out the Boettcher Mansion, which is free to visit but was closed due to a private event. It was built in 1917 as a summer home and hunting lodge for Charles Boettcher. It now belongs to Jefferson County and can be rented out for weddings, parties, memorial services, etc. 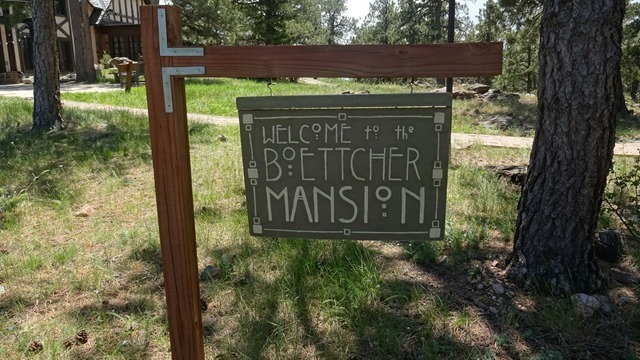 Wish we had been able to see the inside. 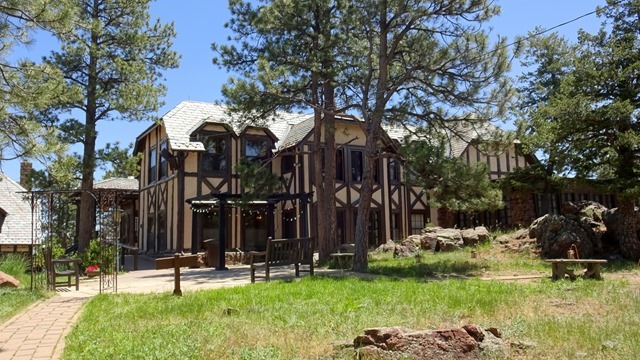 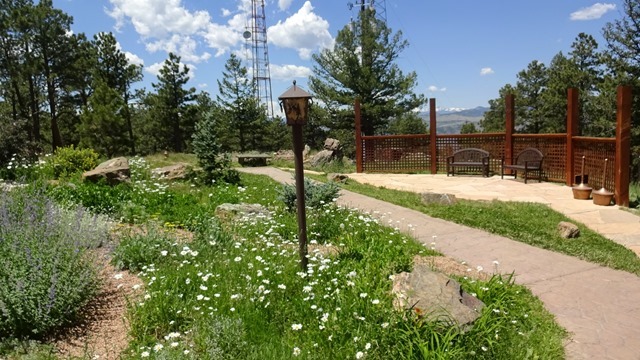 Our main reason to come here was to be close to Denver so Jim could visit an orthopedic surgeon to get his hip checked out. It’s bothered him off and on for several months but hiking has been more uncomfortable lately and he wanted to be sure he wasn’t causing more damage by continuing to hike. We really liked Dr. Dennis Chang, who diagnosed the problem as arthritis with a small bone spur. Since Jim can’t take NSAIDs like ibuprofen because he takes a blood thinner,  Dr.Chang recommended a cortisone injection, which Jim declined at this time since it is only a temporary fix. He did give him some exercises to do that might help, and said he should continue hiking and biking, as it was actually good to keep moving. I’m not sure that was what Jim wanted to hear.

Since we’ll be in the area a little longer he can always get the injection if he changes his mind.,

Our plan was to spend this weekend at friends in Estes Park, but due to a family emergency they had to leave town. Luckily I was able to get one more night here, and found a cancellation for Friday and Saturday at nearby Bear Creek Lake Park where we already have reservations starting Sunday.

We had cooler temps and thunderstorms yesterday, and it will only be in the 60s and 70s this weekend, a welcome change. Once we leave Denver we definitely need to go higher or farther north.