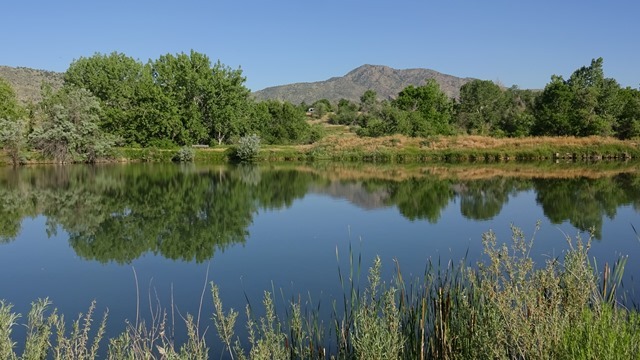 Bear Creek Lake Park is a 1,600 acre park centered around three lakes in the foothills of Lakewood, CO, about 15 miles from downtown Denver. It contains a popular campground, and when I made reservations back in April there were only a few sites open to chose from. We got lucky and picked up a cancellation for last weekend, and it was a very nice, fairly level end site well away from the throngs of weekend tent campers. And very reasonable for the location, $25/night with electric. There is a water fill station and dump but no water at the sites. 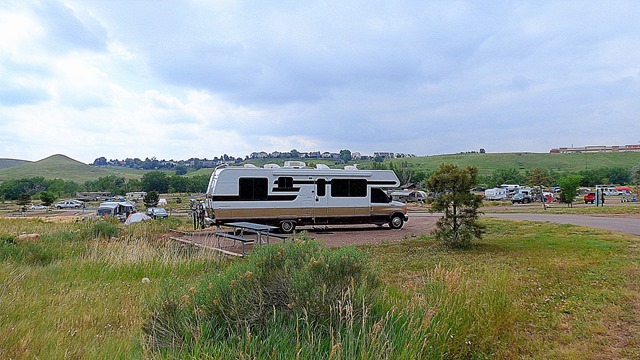 Unfortunately the site I reserved for this week, number 14, turned out to be the most unlevel one in the entire campground. Using all of our blocks, and trying to park both backed in and pulled in, we were not even close to getting level. The camp host was right across from us, so Jim went to talk to him and he sent the ranger over to give us our options. With all sites reserved, so nowhere to move to, he told us we could go into the group area until Thursday when a group is coming in.

It’s a great spot, like a private boondocking site with electric, and we have it all to ourselves until Thursday. It’s even gated. 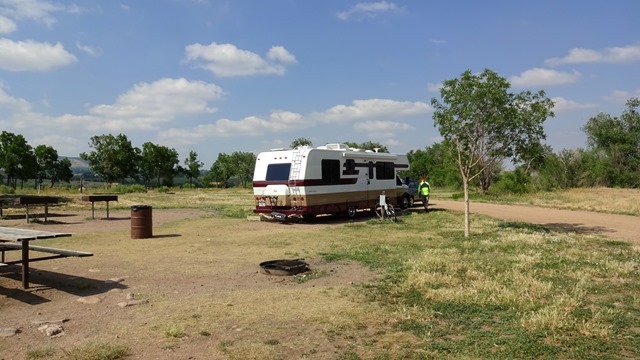 Our reservations were for 6 nights, so we aren’t sure if there will be a site for us for Thursday and Friday, but I have been checking the website and hope to find a cancellation by then. If not, we were planning to go to friends in nearby Littleton on Saturday, and they said it’s no problem if we have to come a couple days early.

There are miles of trails, both dirt and paved, for hiking and biking. We’ve biked every day, quite a workout as it’s very hilly around here. 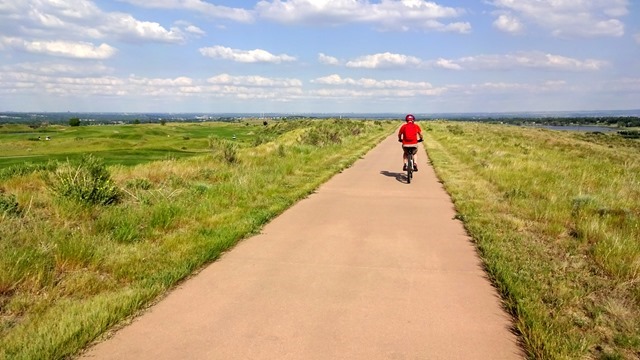 A view of the golf course and hazy Denver skyline. 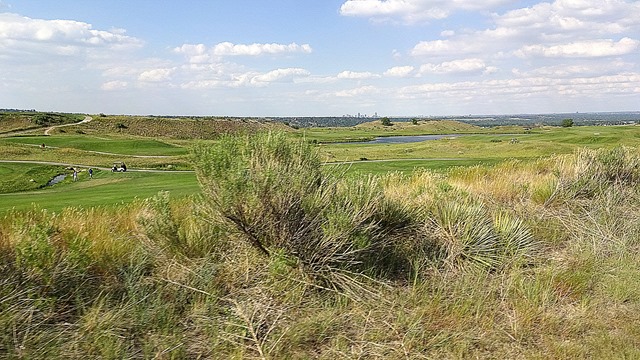 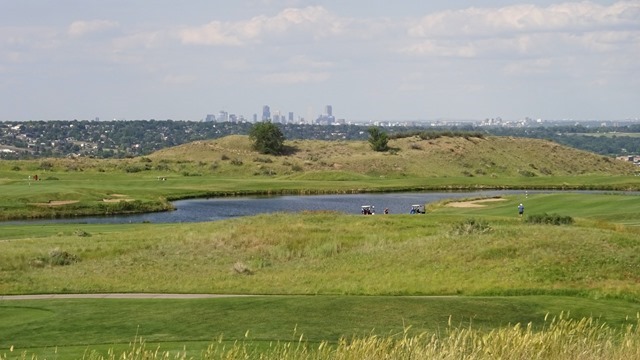 Bear Creek Dam was the last of three dams, along with Chatfield and Cherry Creek, built to reduce the flooding risk in the Denver area. 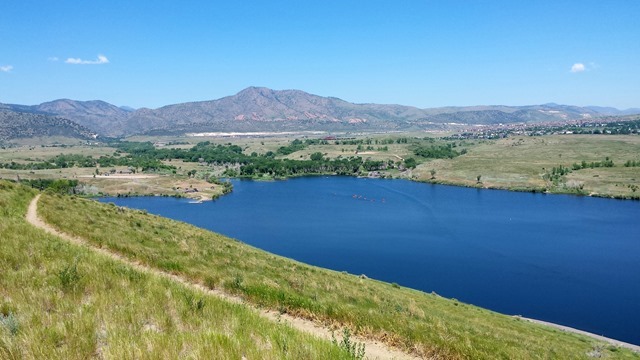 After a lung-busting climb, Jim checked the map and decided we needed to keep going up. 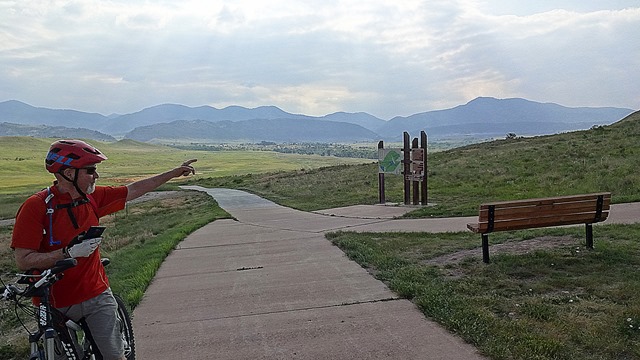 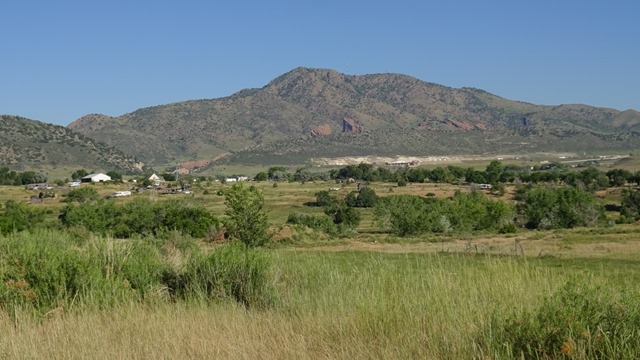 This is called Turtle Pond, but there was nothing but some dead fish floating in it. 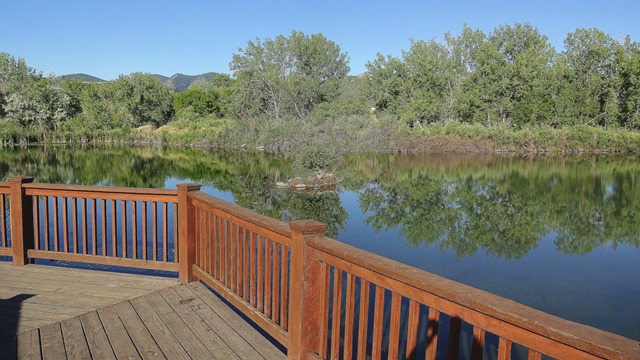 On Sunday morning we took a short drive to the famous Red Rocks Park and Amphitheater. It was cool and cloudy so the photos aren’t great, but it is quite a spectacular place. 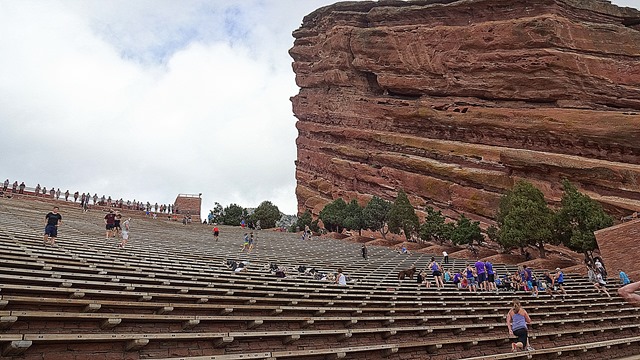 Here’s a bit of history:

“Since the 1870s, the outstanding rock formations have captivated local residents and visitors. First called the Garden of the Angels, the Park was renamed to Garden of the Titans by John Brisben Walker when he acquired it in 1906. Many, if not all, of the rock features have been given names over the years to attract and intrigue visitors.

In 1909, Walker built a funicular, or incline railway, to the top of Mt. Morrison. Dance pavilions, tea houses, and, of course, the natural amphitheatre itself, were part of his promotional efforts. Sunday concerts were held on top of Creation Rock, and grand public spectacles took place here.

Walker’s vision of an amphitheatre was finally realized in 1936, when the Civilian Conservation Corps began construction. Completed in 1941, the Amphitheatre now hosts concerts and other events throughout the summer.”

It’s become a popular place to work out in the mornings, alone or in groups. 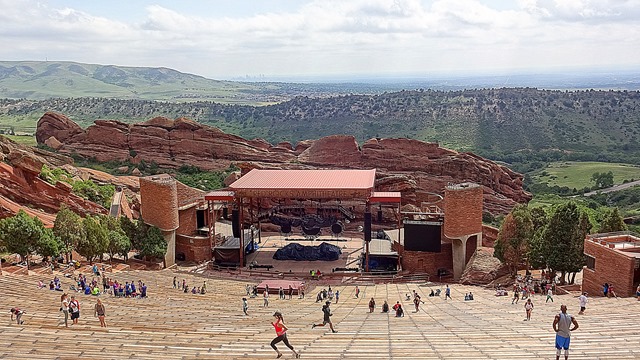 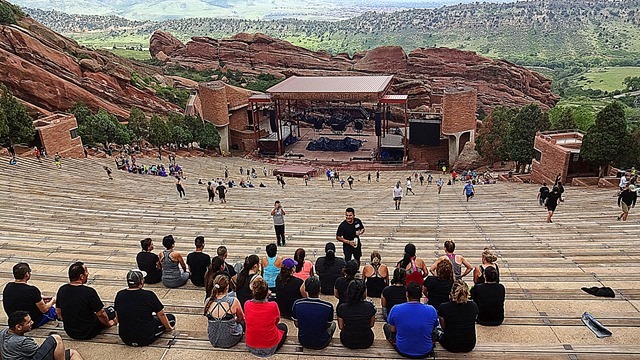 We climbed the 380 steps up to the visitor center and museum, and found this adorable husky puppy. She kept trying to get up but a couple of little girls just kept holding her down and petting her. Too cute! 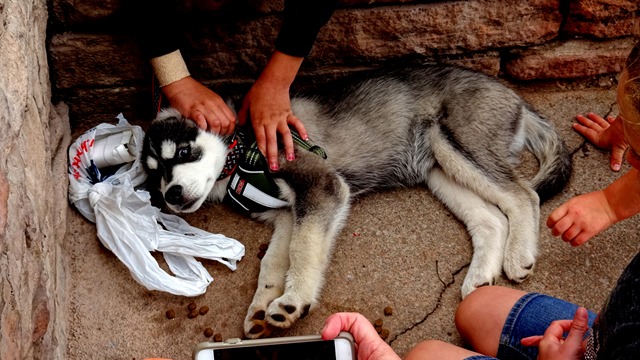 After checking out the museum and all of the musicians who have played here, we walked back down the stairs and took the popular 1.4 mile Trading Post loop trail, with more red rock scenery. 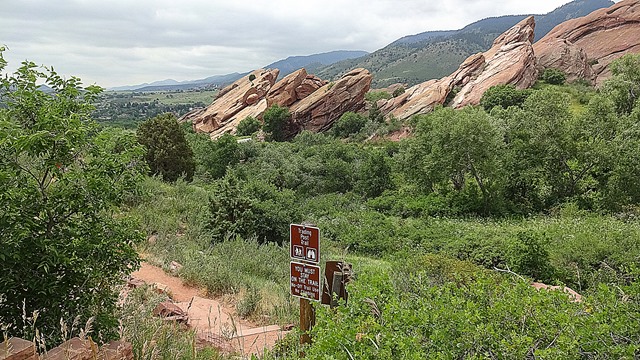 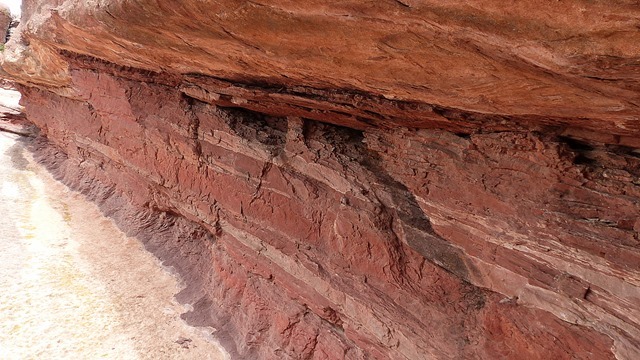 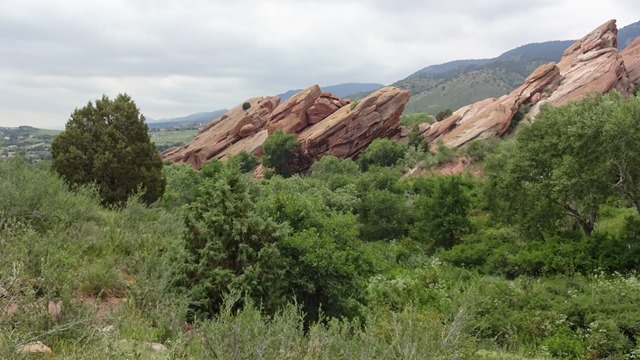 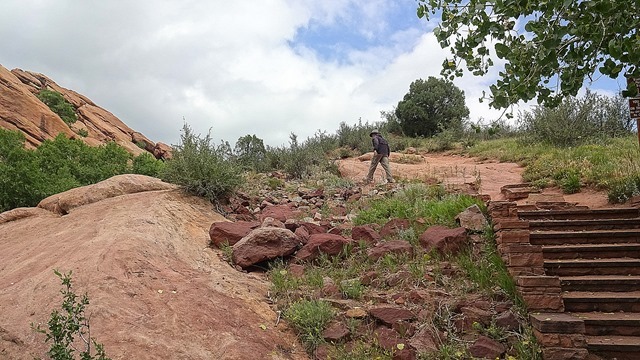 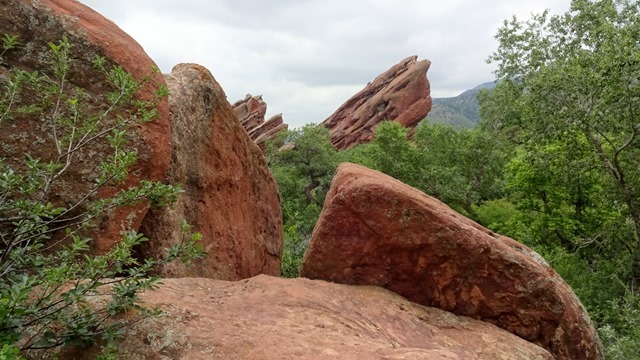 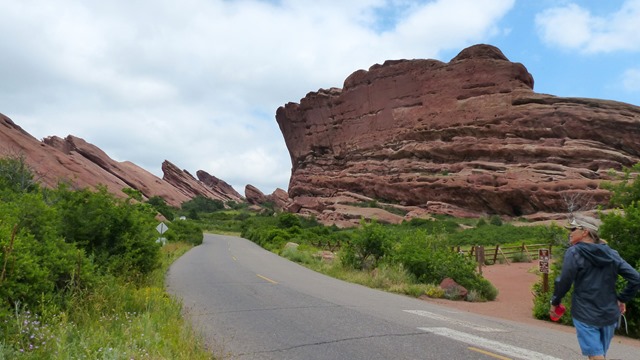 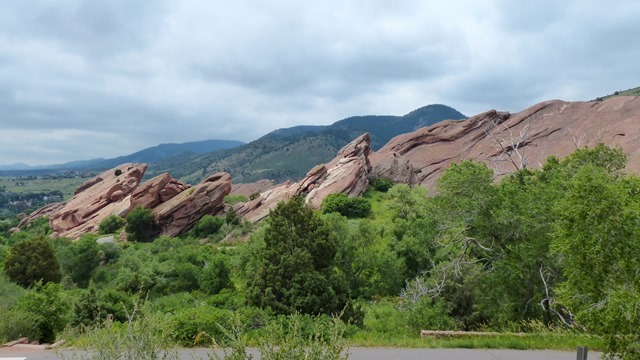 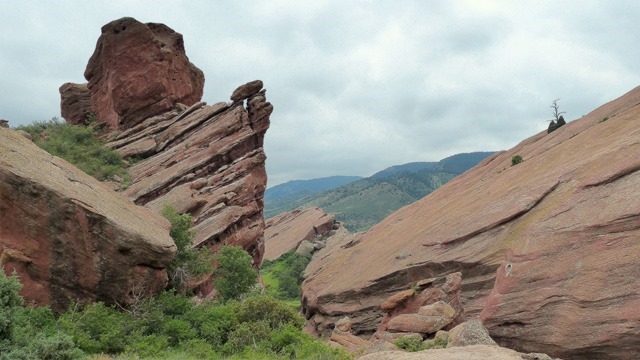 Red Rocks is definitely worth checking out if you’re in the area.

We had a nice surprise when we pulled into the campground on Friday. Lazy Daze friends Paul and Kay from Washington were here. They have family in the area and were here for a wedding, but they were free Sunday night and Paul built a little fire so we could sit out and visit. Thanks for the wine and  conversation, it was a great evening!

Today we’re off to play tourist in downtown Denver.