On Wednesday we moved north to Mono Vista RV Park in Lee Vining. Our favorite boondock site overlooking Mono Lake has been closed off, and it was too hot for no hookups anyway, so this is the only RV park near Tioga Pass Road into Yosemite. It actually wasn’t a bad place to spend a couple nights since we were under shade trees, and the bathrooms, showers and laundry room were nice.

Sites are close and it’s busy with rental RVs coming in every evening but it was pretty and green and we could just walk around town from there. 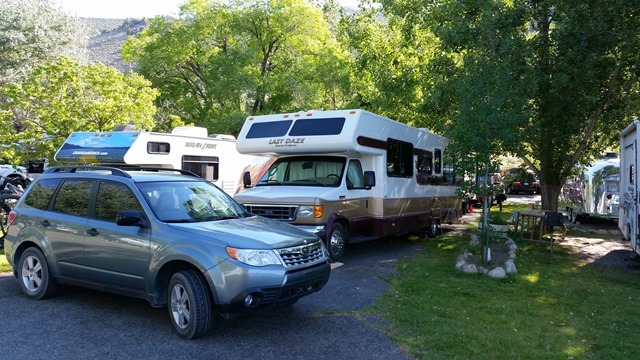 Mono Lake from our walk. 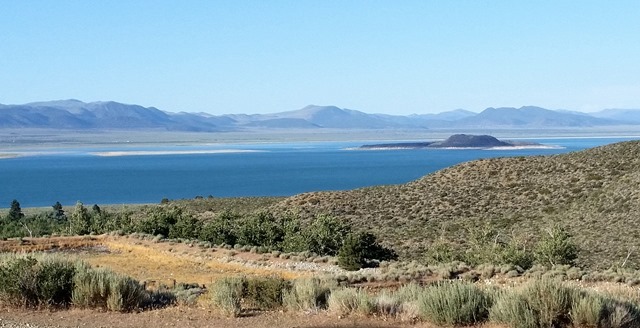 The next day we drove into the east side of Yosemite National Park. We spent several weeks in the area back in 2013 and had hiked most of the trails so I was looking for something we hadn’t done. Instead of doing one long hike, we did three shorter hikes in different areas.

First we climbed up Pothole Dome from Tuolomne Meadows. A trail skirts the meadow and goes along the base of the dome, then we just started going up the rock on the right side where it wasn’t too steep. 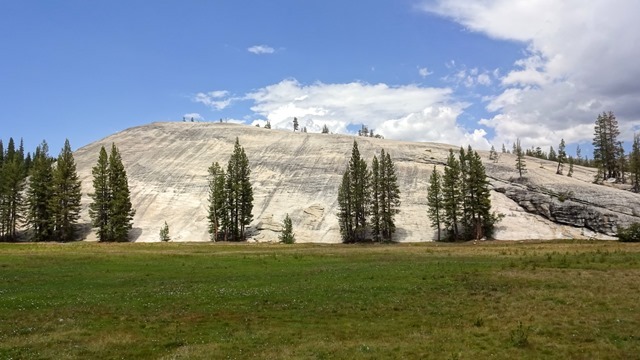 Well, maybe it was still a bit steep. 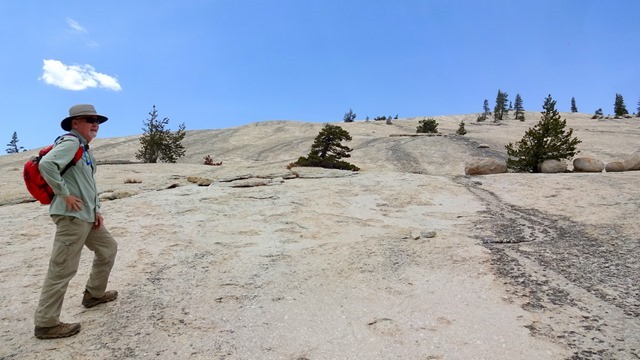 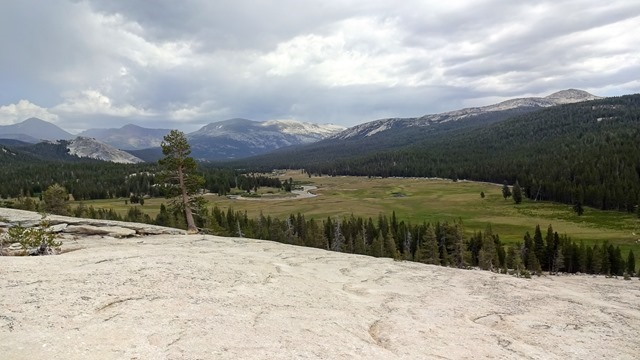 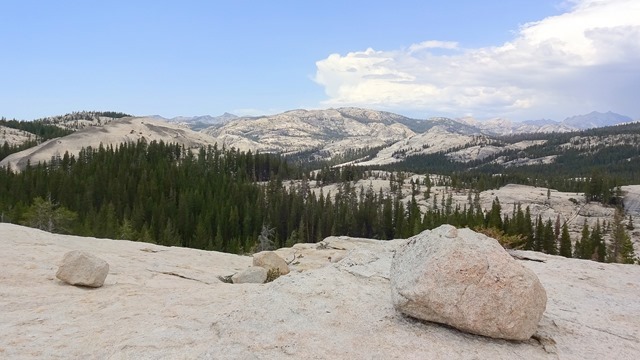 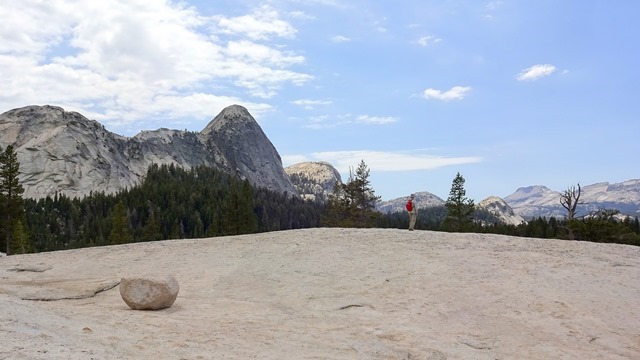 Next we stopped at the Olmsted Point overlook, where there is a trail that hardly anyone seems to take. 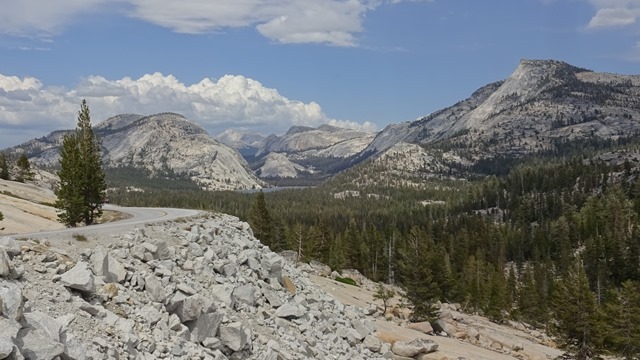 It brought us out on a rock outcropping with distant views of Half Dome and Yosemite Valley. 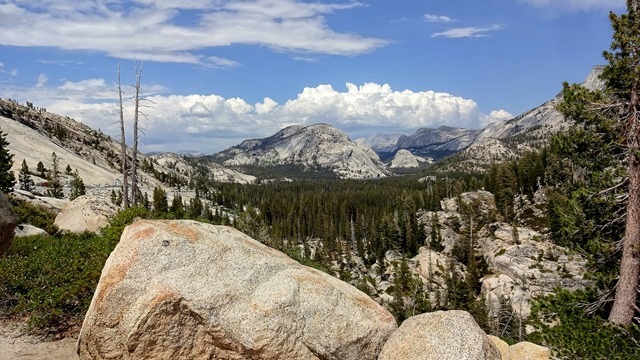 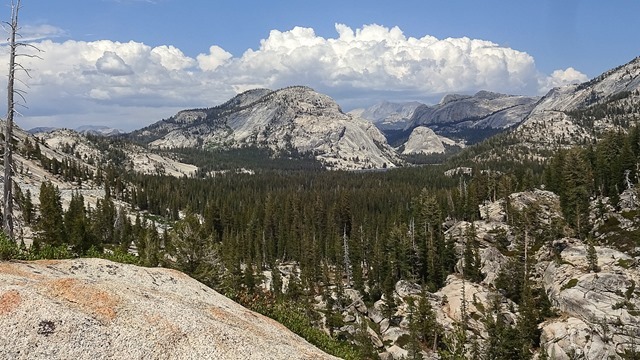 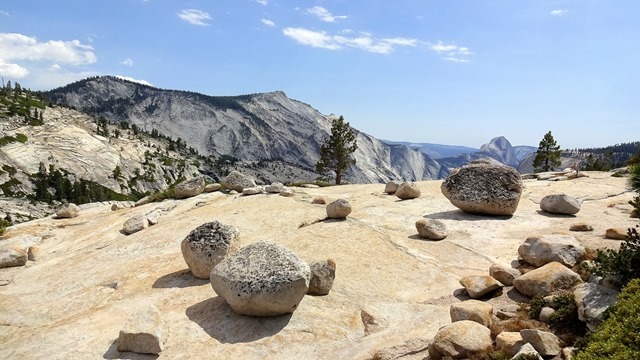 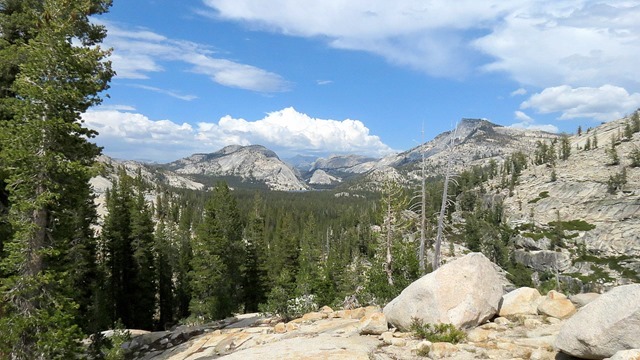 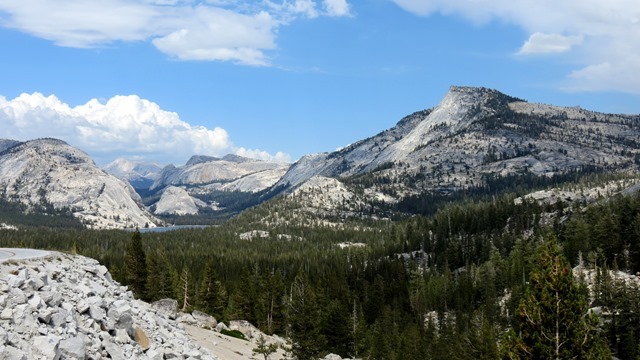 Our last hike was the trail around the very scenic Tenaya Lake, which can barely be seen in the above photo. 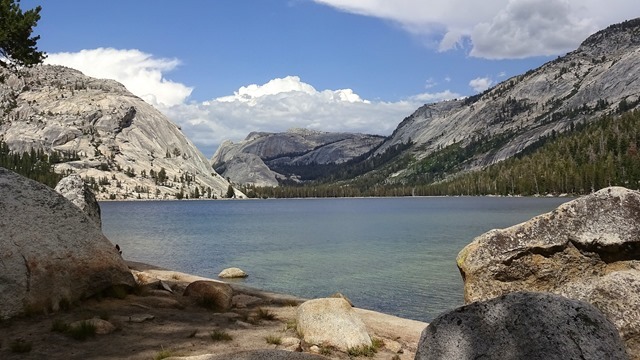 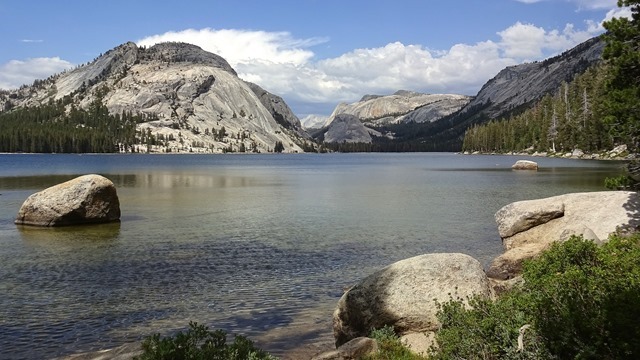 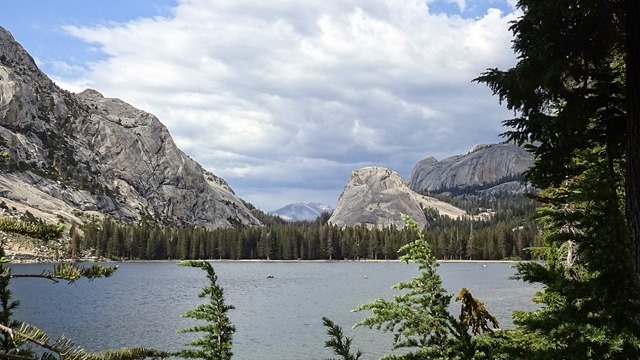 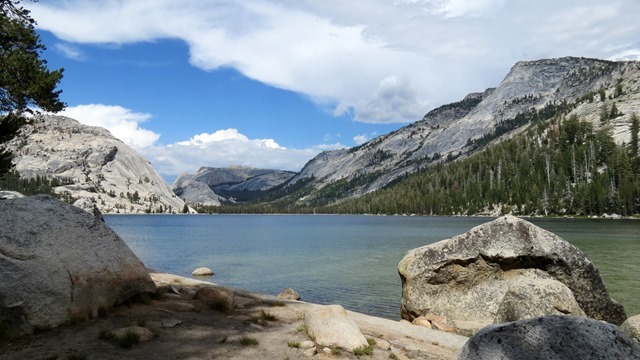 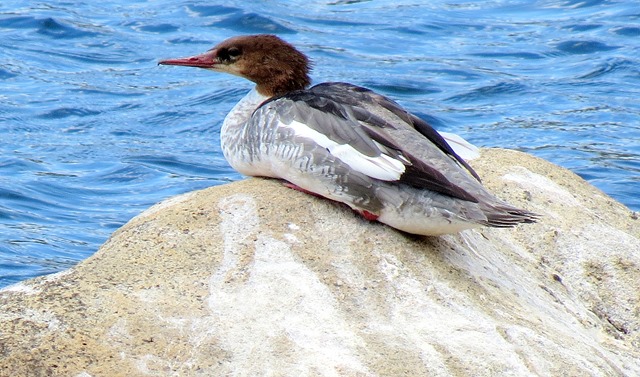 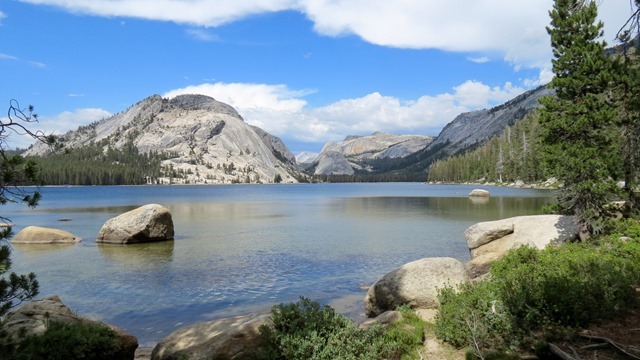 We really like the east side of Yosemite compared to the overcrowded Valley, and although there were lots of cars parked in some of the picnic areas and viewpoints we didn’t see that many people while we were out on the trails.

We left on Thursday and drove north just past Reno where we spent the night at Bordertown Casino RV Park. Other than stopping for some shopping we have not explored Reno, so we decided to drive downtown and take a walk along the Truckee River, check out a brewery, and have dinner. Sites are close but there is grass between them and trees. Not worth $40/night but that was the minimum I could find anywhere around Reno. If you sign up for a player’s card you get $5 of free play at the casino, plus we got a coupon at check-in for another $5. We were hoping to win back our rent but to no avail, which is why we don’t gamble. They fill up almost every night in the summer. 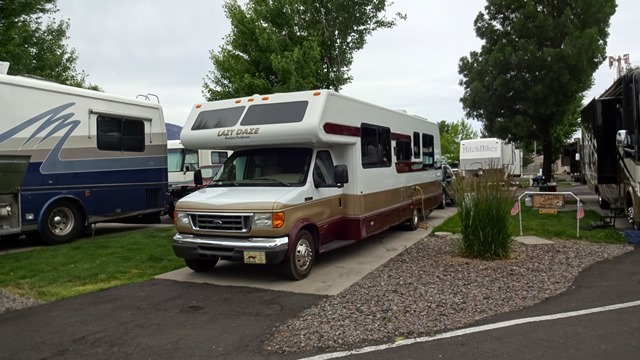 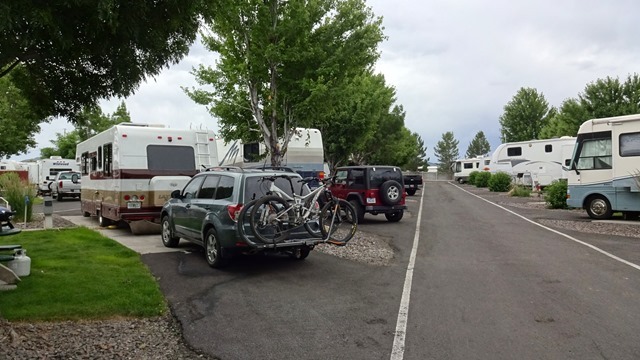 Since it was still in the low 90s when we got downtown, we stopped by Lead Dog Brewery for happy hour, where I liked all of their many IPAs. Luckily they had a Peanut Butter Chocolate Stout for Jim. We followed that with pizza at Noble Pie Parlor, then it was finally cooling off enough for a walk. 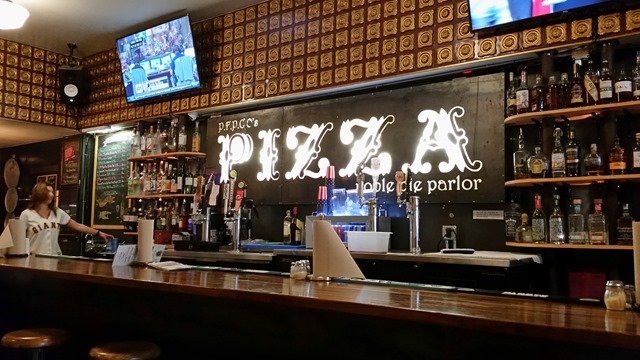 Reno has done a nice job with the Riverwalk, a paved path lined with restaurants, bars, shops and galleries, and they’ve engineered a portion of the river for whitewater. We saw quite an eclectic mix of people, seeming all the more so after spending time in a 55+ RV community where there isn’t much diversity. 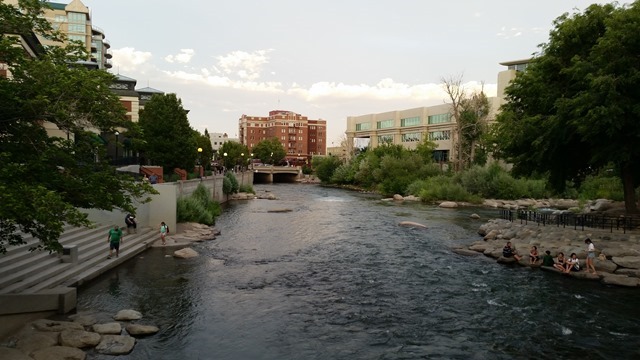 Next stop, Lake Almanor, CA for a few days.