We took a drive there yesterday to check it out, since several people had recommended we see it. It did not disappoint, in fact it was one of the prettiest canyons we’ve seen. 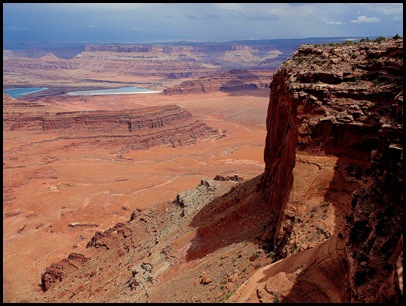 There has been a front hanging over the area the past couple days, and it looked like rain, but we managed to hike along the rim before the rain started. 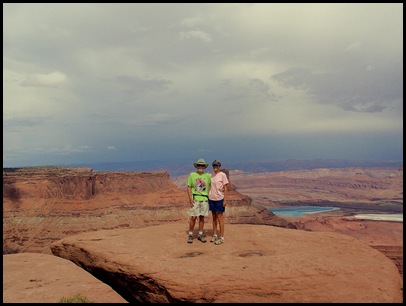 The final scene of the movie Thelma and Louise was actually filmed here. What was supposed to be the Grand Canyon was really the canyon here at Dead Horse Point. 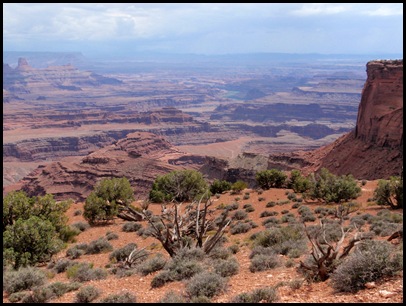 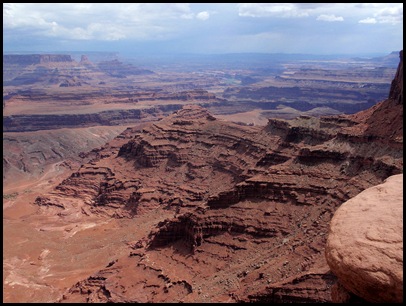 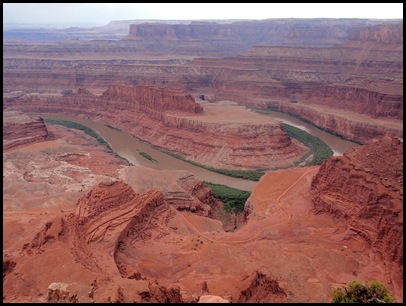 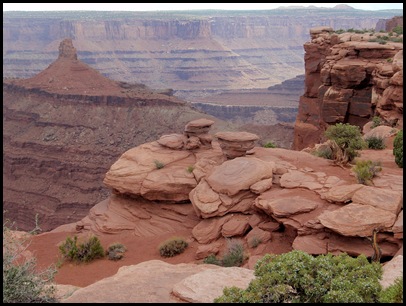 Would like to go back and camp there sometime and hike the rest of the trails.